Put others in the shade and buy some cool sunnies.

Beloved of celebrities from Jackie O to Gigi Hadid, sunglasses have been hot fashion accessories since the 1920s.

In 1929, clever Sam Foster, a plastics manufacturer from Massachusetts, began producing cheap pairs made out of celluloid. He set up shop along the boardwalks of Atlantic City, the punters flocked and a trend was born. In 1938, Life magazine claimed that 20 million pairs had been sold the year before and described them as “a new fad for wear on city streets… a favourite affectation of thousands of women all over the US.”

No self-respecting influencer (male or female) has been separated from their sunnies since. Whether indoors or out, Jack Nicholson is synonymous with a big old pair of shades. James Bond always looks dapper in his. Tom Cruise put the aviator style on the fashion map in Top Gun. Elton John likes his sunglasses heavily embellished. Victoria Beckham’s dwarf her face. Meanwhile, Anna Wintour, editor of US Vogue, hasn’t been seen without a pair for decades.

She recently explained her sunglasses obsession thus: “[They are] incredibly useful because you avoid people knowing what you’re thinking about. They help me when I’m feeling a bit tired or sleepy, and maybe they’ve just become a crutch and part of who I am.”

Crutch, accessory or mask, it’s time to update your sunglasses at one of these superb sites. This is our edit of the top ten sunglasses websites.

This Italian brand is among the oldest – and the chicest – purveyors of sunglasses around. In 1968, Steve McQueen arrived on the set of The Thomas Crown Affair wearing Persol shades. Today, the label celebrates that historic link with a limited-edition pair that has 24K gold-plated lenses. If that sounds a bit much, there are plenty of glorious options for mere civilians here, too.

Set up in 2013 by friends Hugo Taylor (of Made In Chelsea fame) and Charlie Morris, this British site is all about affordable sunglasses that don’t compromise on quality. Morris told GQ magazine: “We want to bring back beauty, sophistication and individuality with the collections that will remain timeless and, most importantly, wearable over future decades.” 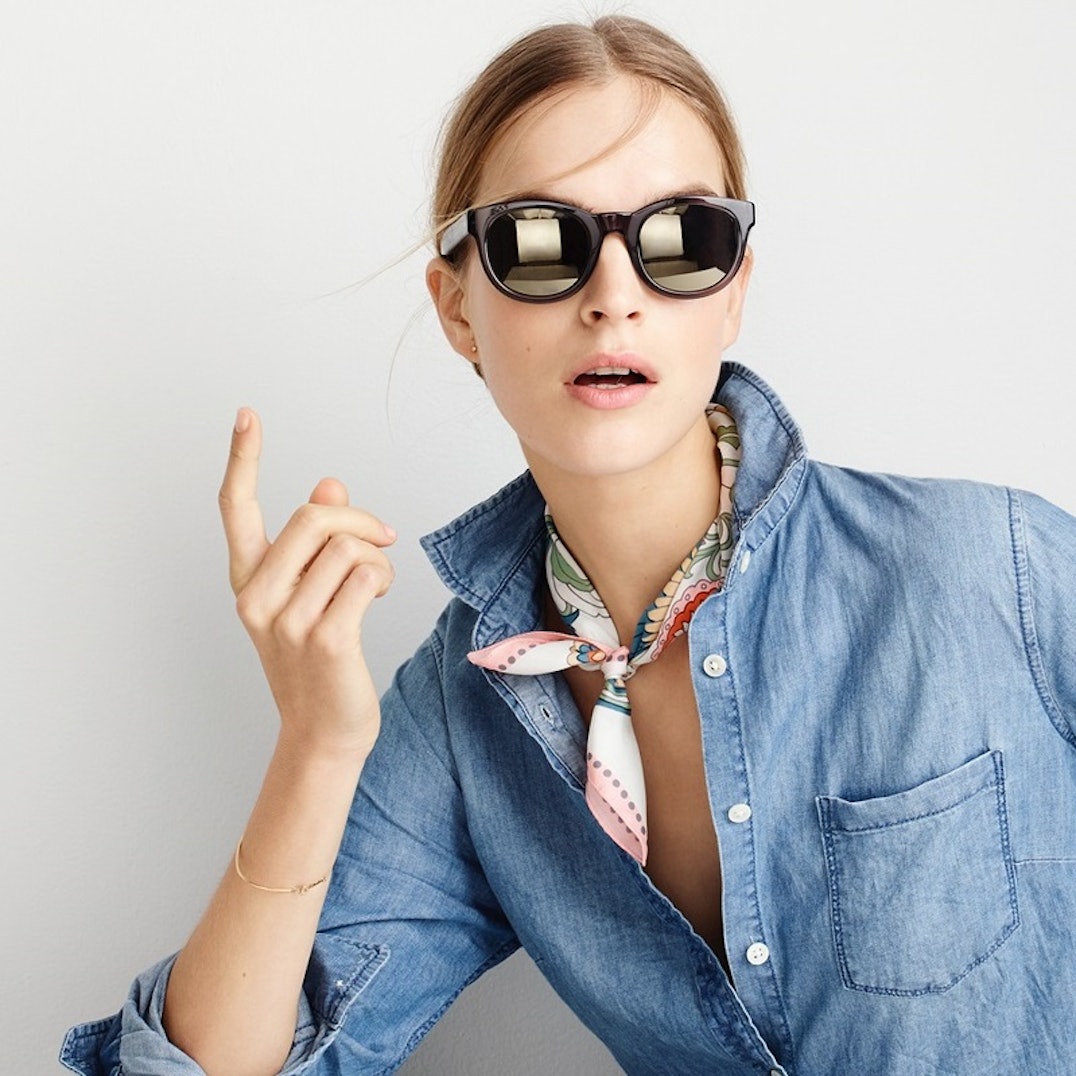 On trend and reasonably priced, you can’t go wrong with J. Crew’s sunglasses for men, women and children. The brand launched their first in-house sunglasses collection in 2016, after a year and a half of typically careful development. Head of men’s design Frank Muytjens said at the time: “We’ve always wanted to do our own sunglasses, so when this chance came along, everything seemed to fall into place and it worked. I think they represent the J. Crew aesthetic perfectly.” As ever with J. Crew, playful East Coast preppiness tends to be the vibe. 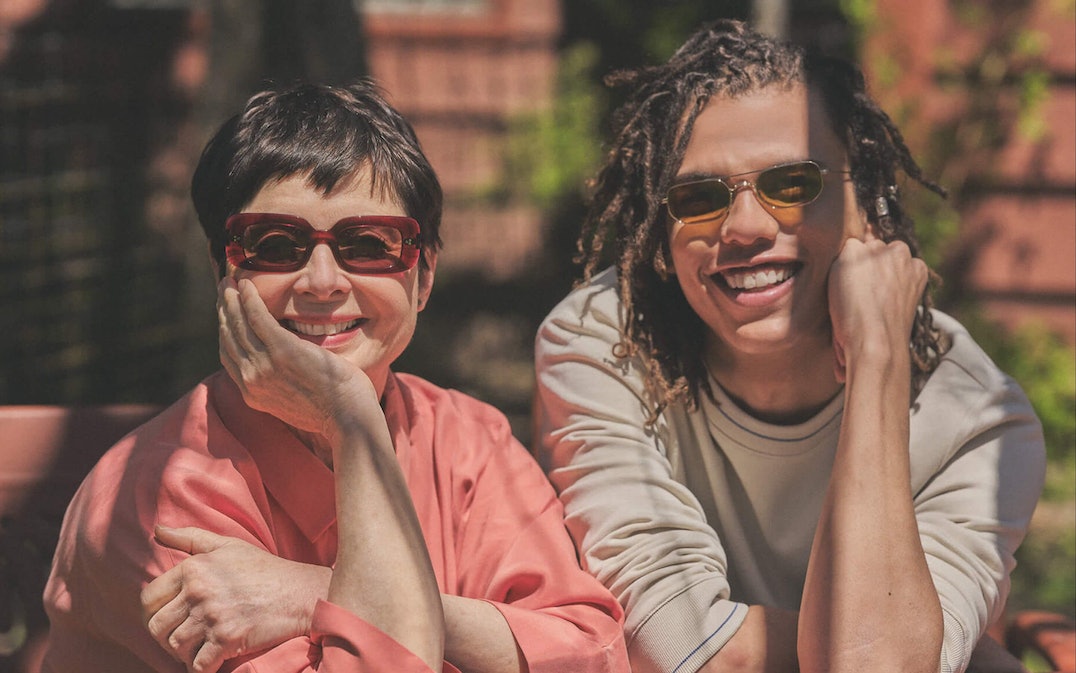 Designed in LA and manufactured in Japan and Italy, Oliver Peoples is a byword (OK, two bywords) for sophisticated eyewear. It would be easier to count the celebrities who have not been photographed in a pair than it would be to count those who have. The latest divine collection is a collaboration with Cary Grant’s estate and is inspired by the sunglasses he wore in the 1959 Hollywood classic, North by Northwest.

For their exquisitely curated sunglasses section, the iconic British department store pulls together some of the most renowned designers in the world, including Tom Ford, Linda Farrow and Stella McCartney. The shapes of the season nestle among heritage classics, so that nobody need come away empty handed. The site also features a genuinely helpful, prettily illustrated guide to which styles suit which types of face. 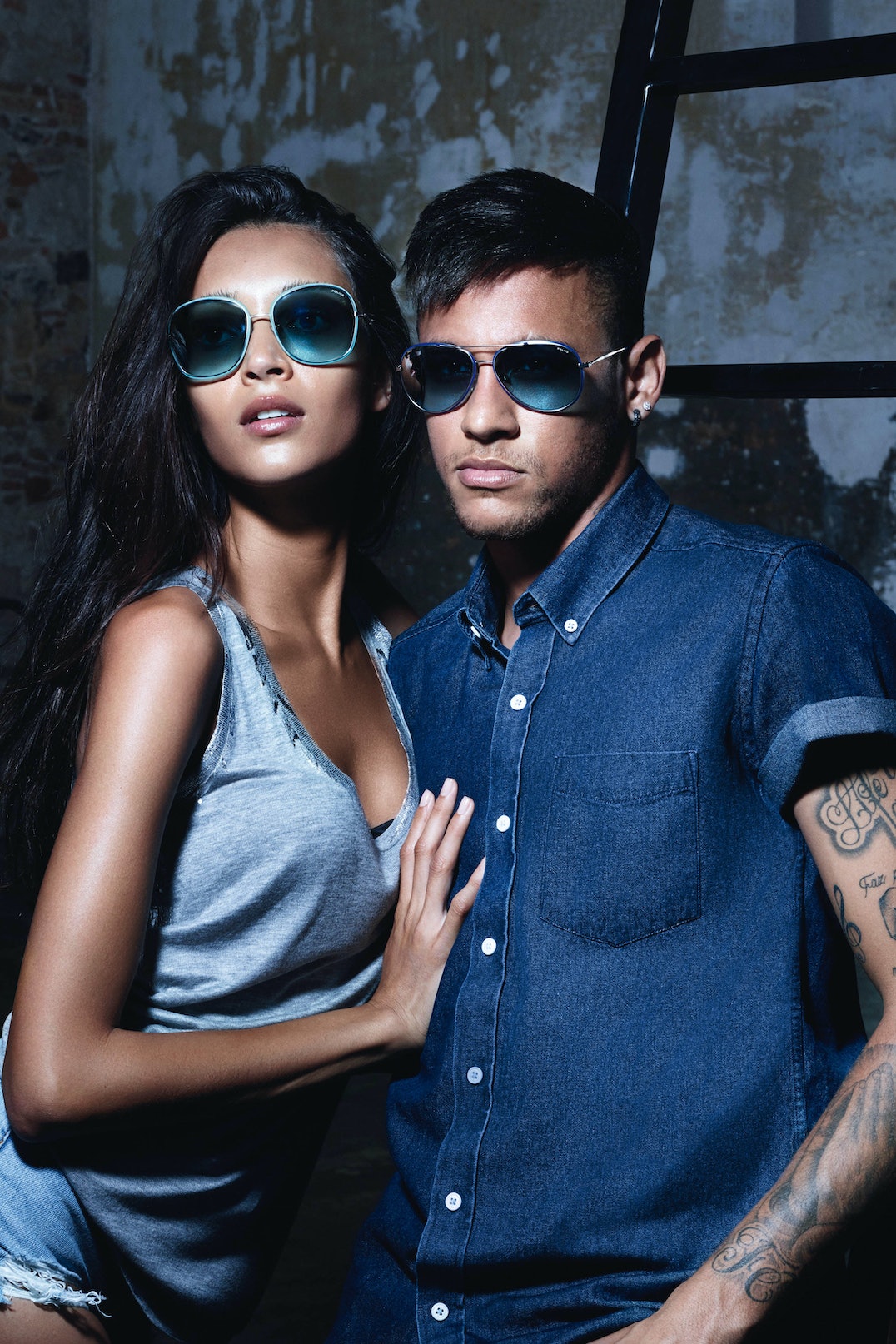 Alpha males will love this site, whose brand ambassadors include David Beckham, Bruce Willis, George Clooney and Antonio Banderas. Launched in 1983 as a unisex label, Police is big news again this summer, because it’s the official eyewear of Sony Picture’s Men In Black: International, which is set to be a major Hollywood blockbuster. Come on chaps, don’t be shy: you’re allowed some sartorial fun, too. We promise not to mock you from behind our oversized shades. 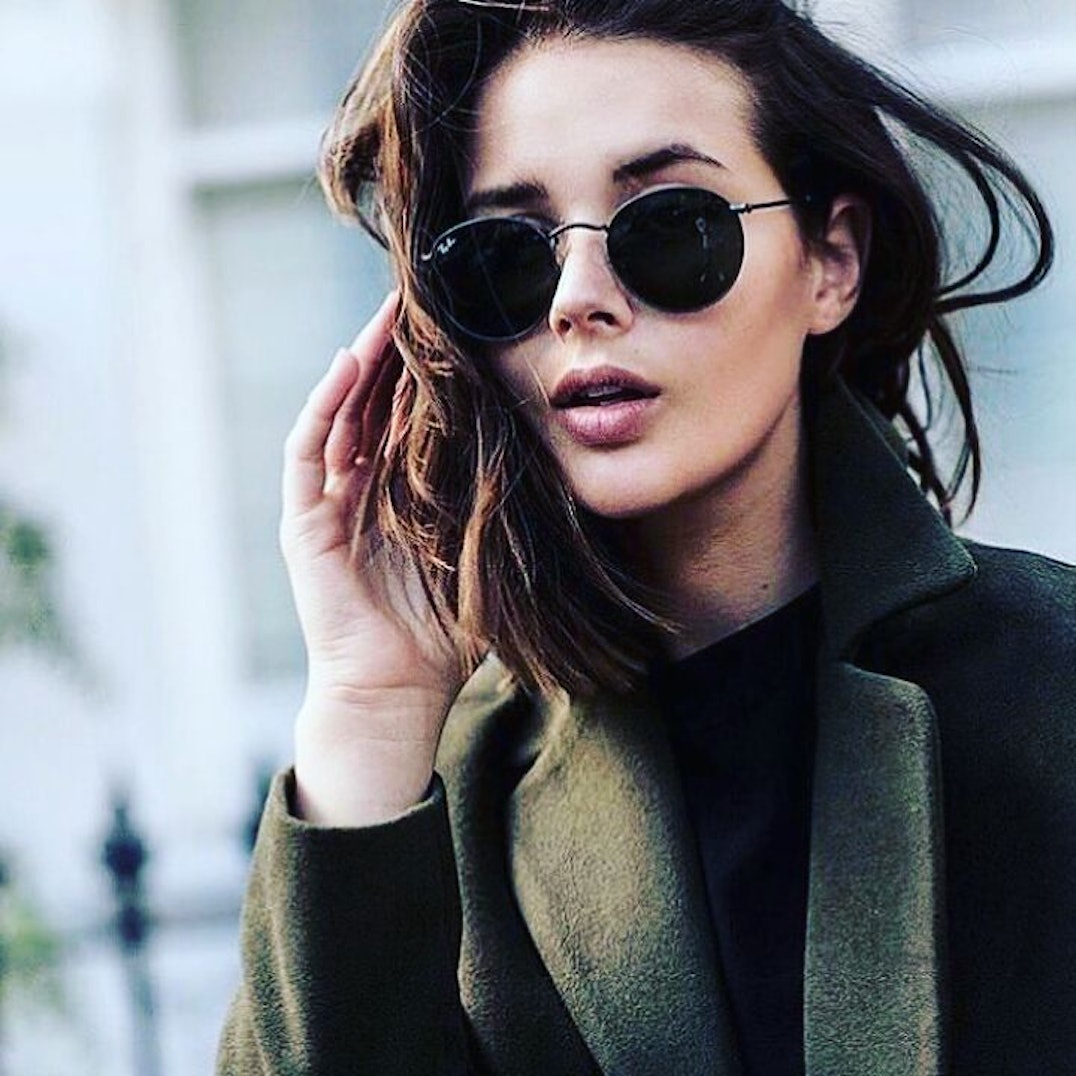 These guys have been in the business since 1936, when a US Army Air Corps colonel wanted to create a pair of sunglasses that would reduce the distraction caused to pilots by the intense blue and white colours of the sky. The resulting Aviator style has never gone out of fashion; neither have their reliably cool Wayfarer frames. Ray-Ban’s kids’ shades are wildly popular, too. Plus, the site has a brilliant tool you can use to build yourself a customised pair of Ray-Bans with authentic prescription lenses.

Barton Perreira is what happened when the uber accessories designer Patty Perreira met Oliver Peoples (see above) President, Bill Barton. Impeccable craftsmanship and design without compromise typify this hot LA-based brand, which the pair launched to acclaim in 2007. Perreira says: “Much of my inspiration comes from pop culture… But I never have one inspiration for the whole collection… I like many types of styles and periods of fashion.” 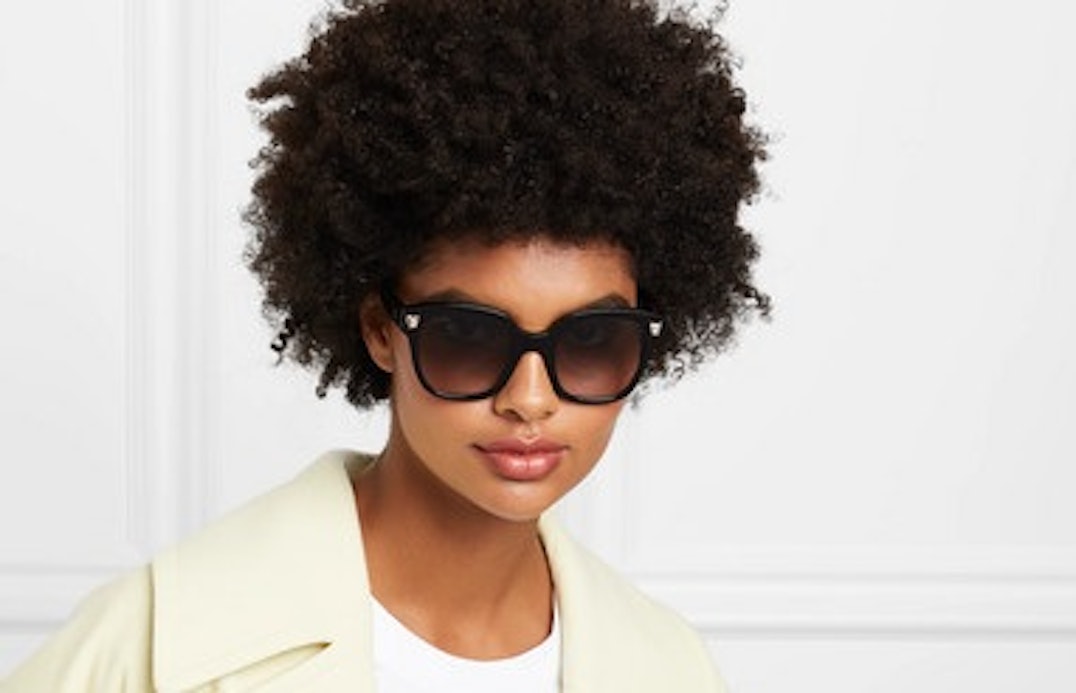 Take your pick from over 300 styles at fashion’s favourite website – and know that you can hold your head high in any one of them. The site allows you to search by frame, designer or colour. New to Net-a-Porter are the shades of Anna-Karin Karlsson, who began her career creating made-to-measure frames for a renowned London optician and whose avant-garde styles now appear on the faces of Lady Gaga and Rihanna. 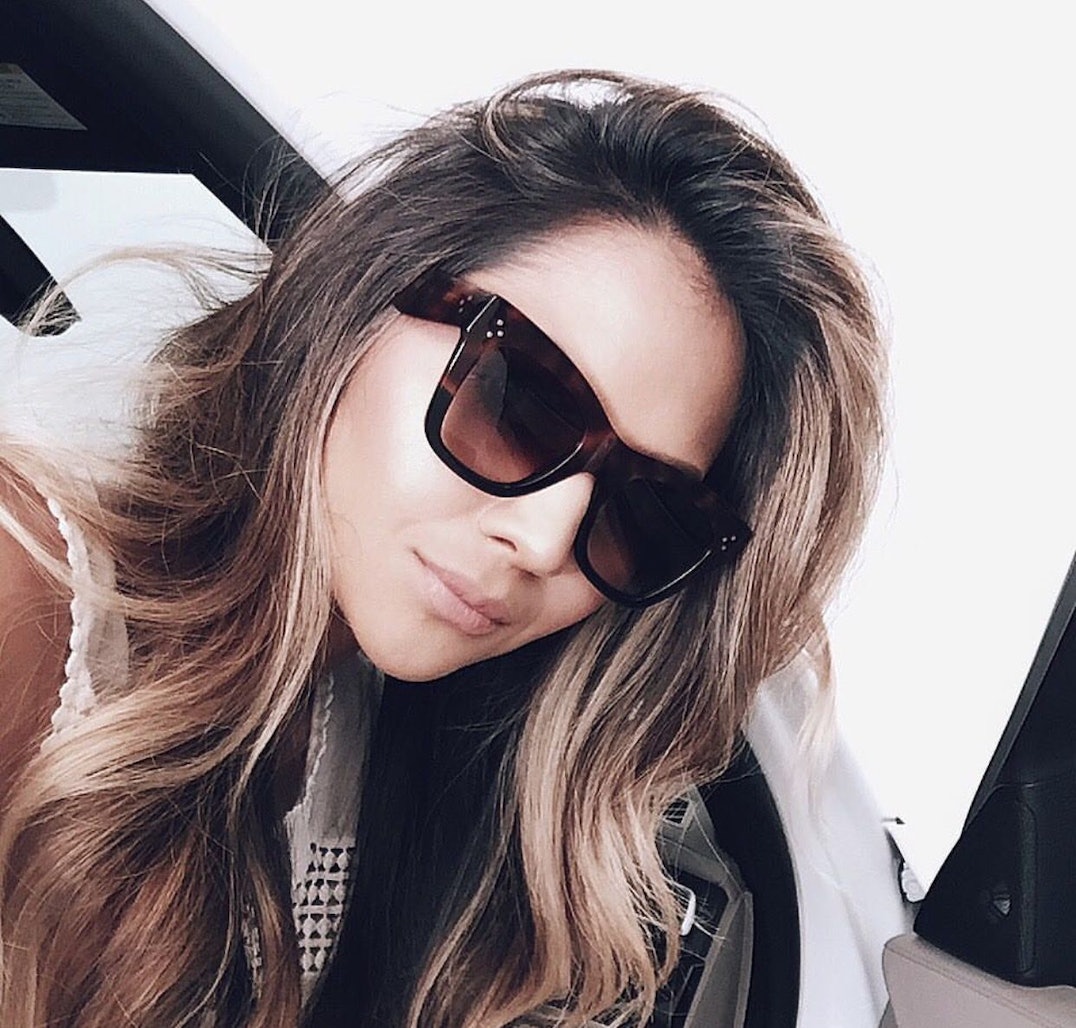 The epitome of Parisian chic, Celine sunglasses are a front-row staple. As The Sunday Times’s Style magazine recently declared: “Celine remains the go-to brand for shades you’ll wear year after year.” Nope, they don’t come cheap – but consider them an investment piece to be handed down through generations.

The co-founder of Dundas London, the linen shirtmaker, talks us through her favourite online destinations.

The handbag designer shares her favourite Instagram feeds on who is worth following for street style.

Pimp Your Phone by Anya Hindmarch

Given how important our mobile phones have become, it is not surprising that we want to make our iPhone different from the person next to us. Here's how 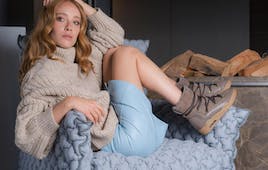 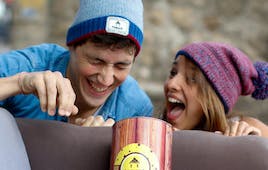 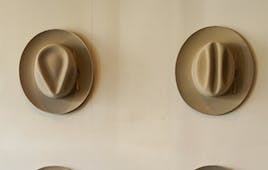 15 Summer Hats To Cheer The Spirits 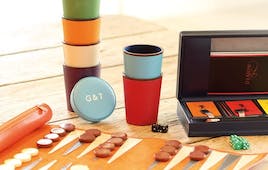