Diana Henry describes herself as ‘a cook who loves words’. The award-winning food writer, journalist and broadcaster recently published her latest book SIMPLE. Recipes included are the kind of dishes you could whip up on a Wednesday night; Parmesan roast chicken with cauliflower and thyme; seared tuna with avocado, olive and preserved lemon relish; Turkish pasta with feta, dill and spiced butter; that kind of thing. 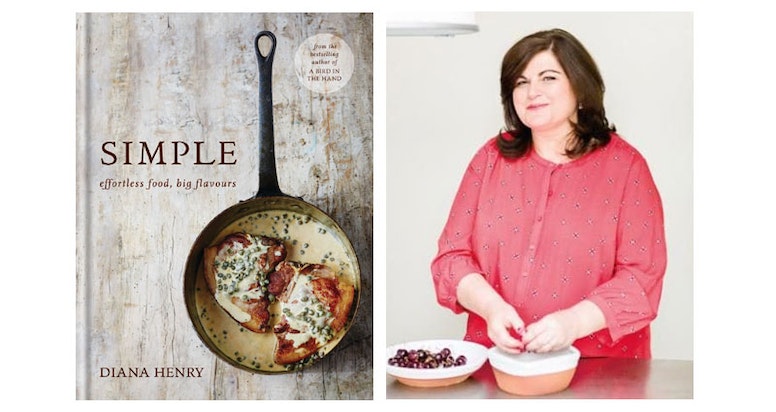 My favourite website... Eater - There has, for years, been a real need for a dependable source of information on restaurants chosen by people on the ground. Eater covers this with sass, wit and style. I especially love the ‘heat maps’, the ‘go-to’ sections on where to eat now in all major American cities (and now a lot of cities outside the US too). I basically wish Eater would cover every city in the world. It’s the first place I go when planning a trip. Indispensable. And there is some great food journalism - long form pieces - on the site too.

I use lots of simpler websites just to check information about food. I’m a regular visitor to Eat the Seasons, to see what’s in season when (I find it hard to keep this in my head and as I write about seasonal food, it’s a vital resource). I check fish sustainability every so often on Good Fish Guide, run by the Marine Conservation Society.

I also adore Remodelista (I can spend hours on it). It is broadly about interiors but has great information on travel and restaurants as well. Very inspiring pictures.

My favourite app... Instagram - I was very anti it for ages. I was very anti social media for ages, actually but now I love it. You have to be careful who you follow. There are loads of visual clichés and way too much showing off but some people (usually professional photographers but not always) have a great eye. Postings – of family, of the unusual and the humdrum – can be touching as well as beautiful. I find it a good way to recommend restaurants and books to people, and to tell people what recipes will be coming up in my Telegraph column. I think it’s a great place to share information and enthusiasms.

My blog of choice... I don’t read any. I’m busy enough with newspapers, magazines and books. The trouble with most blogs is that the entries are too long. Most pieces have an optimum length and nearly everything could do with tightening and shortening. But if I become aware of a particular piece on a blog – usually because someone highlights it on social media – I will check it out. I do absolutely love Angry Chef. He gives it with both barrels to the clean eating brigade, and all manner of other food pretentiousness and nonsense. But I usually go there via an alert from someone on Twitter. I think everyone who cares about food should read his stuff.

My most recent buy online... a load of food stuff from Souschef - I can’t think of an ingredient you couldn’t find on their site. Despite the name, the site isn’t just for chefs, but for everyone who is interested in food and needs to get their hands on unusual ingredients. I grew up in rural Northern Ireland and you could never find anything. I am still utterly thrilled with the idea that just one click means you can get the most unusual foods delivered to your door. I buy lots of stuff online, but mostly food and unusual and vintage linens. I love LinenMe, Enrich & Endure for linen napkins and aprons and Cox & Cox for stuff for the home. I am always looking for unusual shopping sites.

Book just downloaded... I don’t read any books at all on a screen. I spend enough time on screens and I love the tactile nature of books.

My favourite tweeter... I like so many - I can’t just give one, they appeal to so many different interests and sides of you. I love restaurant critic Marina O’Loughlin because she’s funny and irreverent and clearly doesn’t ‘manage’ her image in any way (and she doesn’t just tweet about restaurants). Also I like New York-based food writer and restaurant critic, Helen Rosner (who works for Eater). She’s funny and rude and doesn’t give a damn what she says.

For politics and comment I follow Nick Cohen, Janan Ganesh, Deborah Orr, Marina Hyde, Rob Ford, John Rentoul and Hugo Rifkind. After Brexit I seemed to be on Twitter for days, reading every good piece it led me to. But the Tweeters I really couldn’t do without – because they seem to read everything – are book critics. The first one lives in Belfast. John Self is my ‘go-to’ person for recommendations on fiction (and sometimes poetry). He’s incredibly well informed and never an intellectual snob. He’s a good laugh too, and appreciates book design as much as content. I also love Catherine Taylor for the same reason. She tweets book recommendations but also book reviews and great background pieces about writers and the arts. I have to have my daily dose of Seamus Heaney and T.S. Eliot so I follow their accounts as well.

My favourite instagrammer... my own photographer who does my books – Laura Edwards. Also Elena Heatherwick , another professional photographer, as her stuff is quite often moody and dark. I also love Olia Hercules. She is a writer, not a professional photographer, but she has a wonderful eye. It’s hard to pick out only a few, though. Some of the people I follow just take very humorous pictures of their kids, or see the beautiful in the domestic. The thing I really love is that so many people, including myself, are forced to look properly because of Instagram. That brings a great pleasure and richness to life.

Social media allowed me to meet... food writers and food lovers from all over the world - The fact that you can contact anyone anywhere directly is the best thing about social media. Writers I have admired for years – Darra Goldstein, Paula Wolfert, Melissa Clarke, Julia Moskin – I was able to get in touch with via social media. I’ve also, in a haphazard and serendipitous way, met food and restaurant critics I wasn’t previously aware of. I had only ever talked to Lesley Chesterman, restaurant critic for the Montreal Gazette, online but when I went to Montreal a few years back I met up with her three times, including for an epic six-hour lunch. And it felt like I had known her forever.

Most worthwhile newsletter subscribed to… I only subscribe to one, Hot Dinners - But that’s mainly because I get anxiety attacks as my inbox fills up. Instead I check on the writers and publications I love, and need to keep up with, when I can. I read the New York Times, The New Yorker and The New York Review of Books online, also the Washington Post and the San Francisco Chronicle. The newsletter I am happy to see land in my inbox, though, is the weekly one from Hot Dinners. Run by a brother and sister team, it’s about restaurant openings and food news (mostly in London). It keeps me up to date and they don’t try to compete with newspaper critics. Their stuff is more measured and broadly informative, which is helpful.

Pet hate about life online... bragging on social media, and emoting (in a fairly insincere way) over the death of celebrities. I had, at first, to make myself tweet when I had a new book published, for example. It’s a generational and a cultural thing. I’m Northern Irish and you are brought up not to show off. I’ve learnt to just put up tweets about a new book coming out now, and even a good review of one of my books (though the latter is still hard). Those who overtly brag I just unfollow or mute. It is much easier for twenty-somethings to be comfortable with doing it, and to accept it from others too. I realise that. The out-and-out showing off I will never find acceptable, though. Having said that when I won a James Beard Award in 2016 I was so utterly thrilled and speechless and happy I wanted to share it immediately, so I tweeted and Instagrammed. That was showing off, wasn’t it?

Stand out online memory... when I joined Twitter - If you write, and you don’t have a TV presence, you basically don’t think anyone really knows who you are. You don’t even know if they cook your dishes. So I sat as a steady stream of people followed me, one after another. I was stunned, and felt that my work must mean something to people.

Discover how our new fave food blog got us dribbling. A literary feast of recipes inspired by works of fiction.

The sun is shining: it’s time to take your feast al fresco.

Here's a great list of 10 of the best vegan blogs out there. Check our plant-based recommended blogs for healthy recipes, lovely writing, and spectacular food. 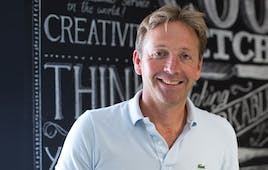 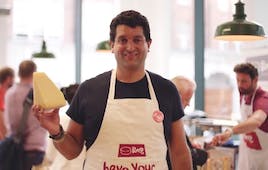 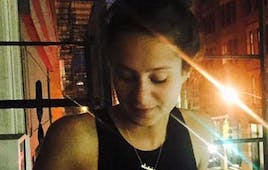 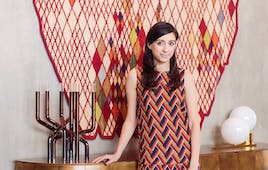