Excitement levels are running high as neighbourhoods up and down the land dust off the bunting, line the streets with trestle tables and prepare to feast in celebration of the Queen’s Platinum Jubilee. Commemorating her astonishing 70 years on the throne, the four-day bank holiday brings with it a moment for collective revelry and merriment – whether you’re joining larger festivities or celebrating with a proper tea for two at home.

There is, of course, an official pudding for the Jubilee, namely the winner of Fortnum and Mason’s Platinum Pudding Competition; Jemma Melvin triumphant Lemon Swiss Roll and Amaretti Trifle pudding trumped all 5,000 other entries to scoop the accolade. We are sure to be whipping up a hearty-sized glass trifle bowl of it – alongside a few other treats to share at the great Platinum Jubilee street shindig. There are some 1,775 street parties or private events officially registered to take place from 2 to 5 June, with the country set to spend a total of £823m on the jollities – much of which will surely be spent on enough Pimm’s to fuel a nation (Waitrose has reported that sales of the classic summer drink are up by 260 per cent on last year).

However you mark it and whatever you rustle up, fun is the name of the game. Here are a few jolly ideas for the big day 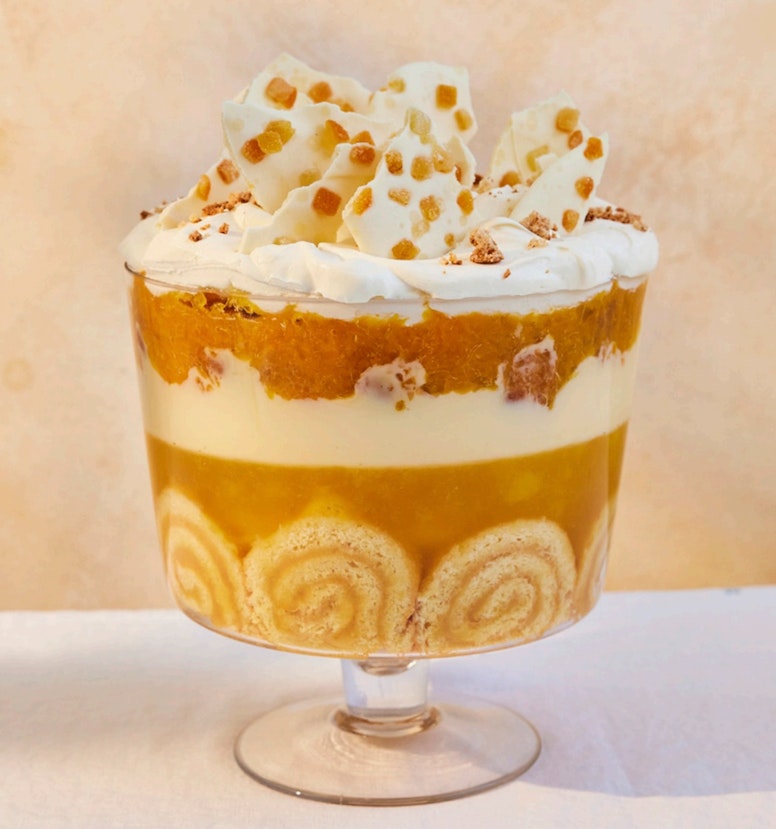 Never mind HM The Queen. Entrants to Fortnum and Mason’s Platinum Pudding Competition had to impress the reigning queen of baking, Dame Mary Berry, alongside the equally fearsome F&M Executive Pastry Chef Roger Pizey, Monica Galetti, Dr Rahul Mandal and culinary historian Regula Ysewijn, to name but some of the judges. Jemma from Stockport’s efforts wowed this hard-to-please crowd, thanks to the creation of her Lemon Swiss Roll Amaretti Trifle. The lemon is in homage to the lemon posset pudding served at the Queen’s wedding in 1947, while Jemma took inspiration from both of her grandmothers, one of whom taught her to bake; the other of whose signature dish was trifle. It’s quite an involved affair – not one to knock up in half an hour – but, as Roger Pizey says, ‘I really think we’ll be making Jemma’s trifle for at least the next 50 to 100 years without a doubt.’ And there’s no better moment to start than now. Find the recipe here. 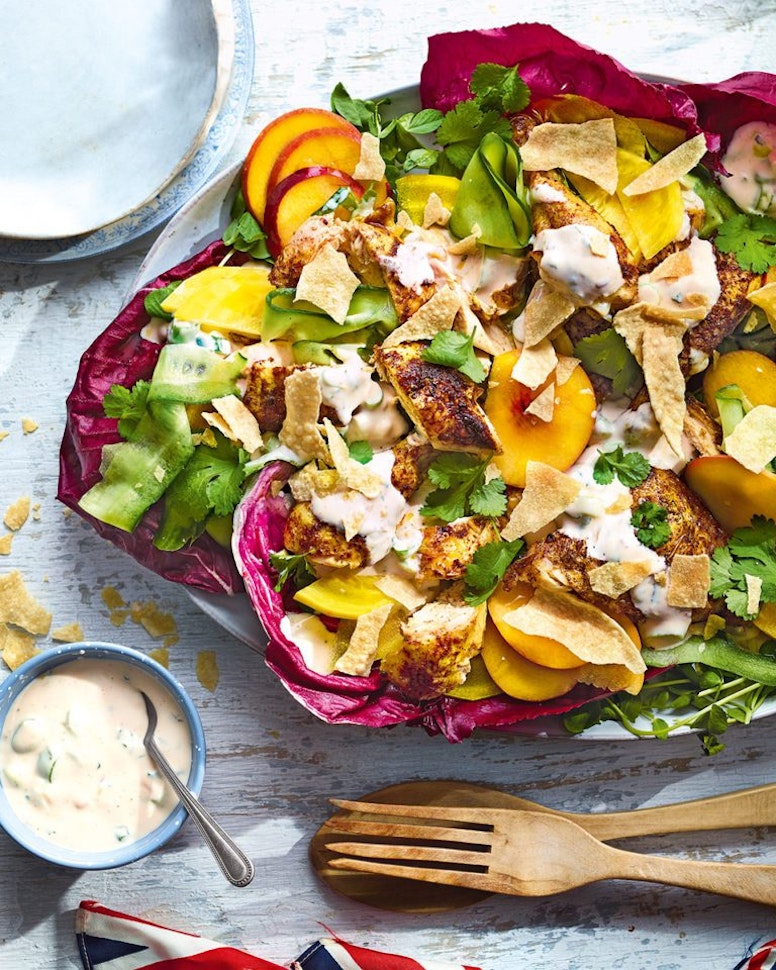 Coronation chicken was invented, as its name suggests, to mark The Queen’s ascension to the throne in 1953. It is entirely fitting, then, to recreate it with a fresh 21st-century update for her Platinum Jubilee. We love the refreshing addition of peaches and golden beetroot. The perfect sharing dish – and, as the recipe suggests, if the weather is fine, do barbecue the poussins. No doubt we’ll be rolling out this recipe for the next 70 years. Find the recipe here. 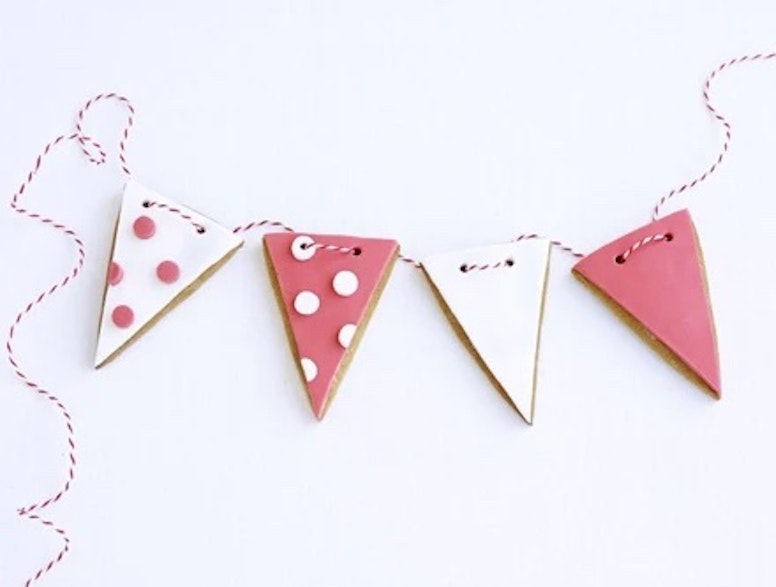 What is a street party without bunting? And, given how simple a pleasure it is, we are advocates of using the stuff in as many creative ways as possible – which means, not just having it flapping above our heads. These biscuits are sweet, simple and ideal to involve young bakers with. For a Jubilee twist, ice yours in red, white and blue. Find the recipe here. 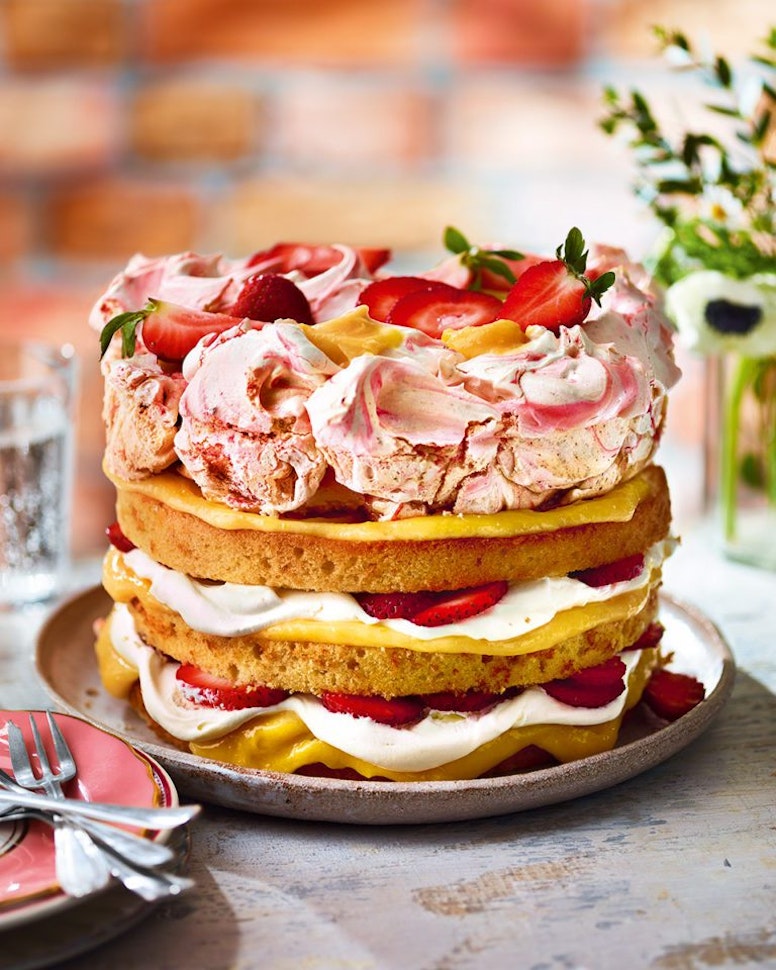 Few things are as redolent of British summertime celebrations as strawberries or meringue. This showstopper of a pudding brings both customs together and throws in a traditional sandwich cake too for good measure. Topped with a crown of meringue, it is guaranteed to impress and delight guests or neighbours alike. We can think of few lovelier additions to a Jubilee trestle table. Find the recipe here. 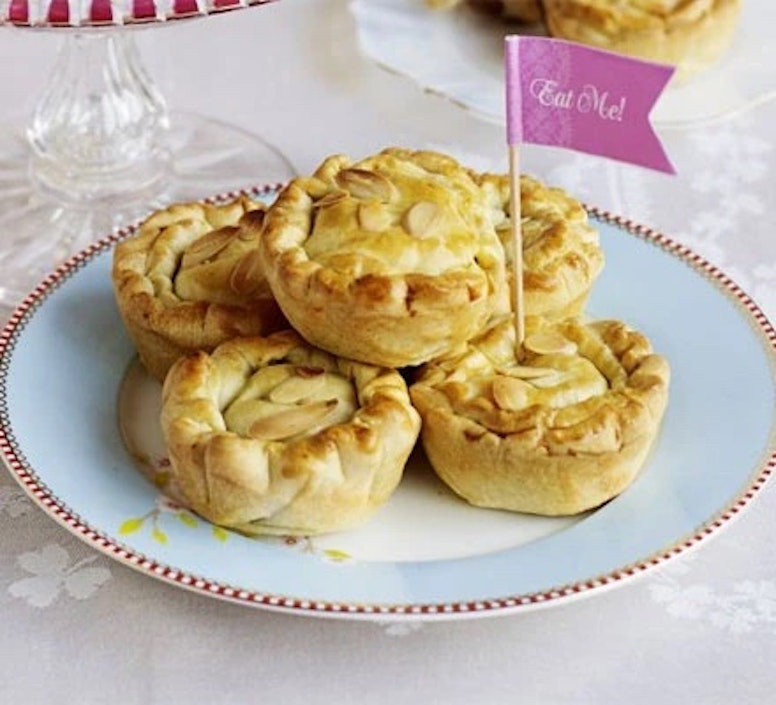 There aren’t many things that a seasoned British picnicker enjoys more at a relaxed al fresco feast than a good pie (see also: pork, gala). Encased within these lovely pastry treats is the highly Jubilee-appropriate Coronation Chicken – and now that they’ve come to our attention, we can but wonder why we’ve never thought of them before. Find the recipe here. 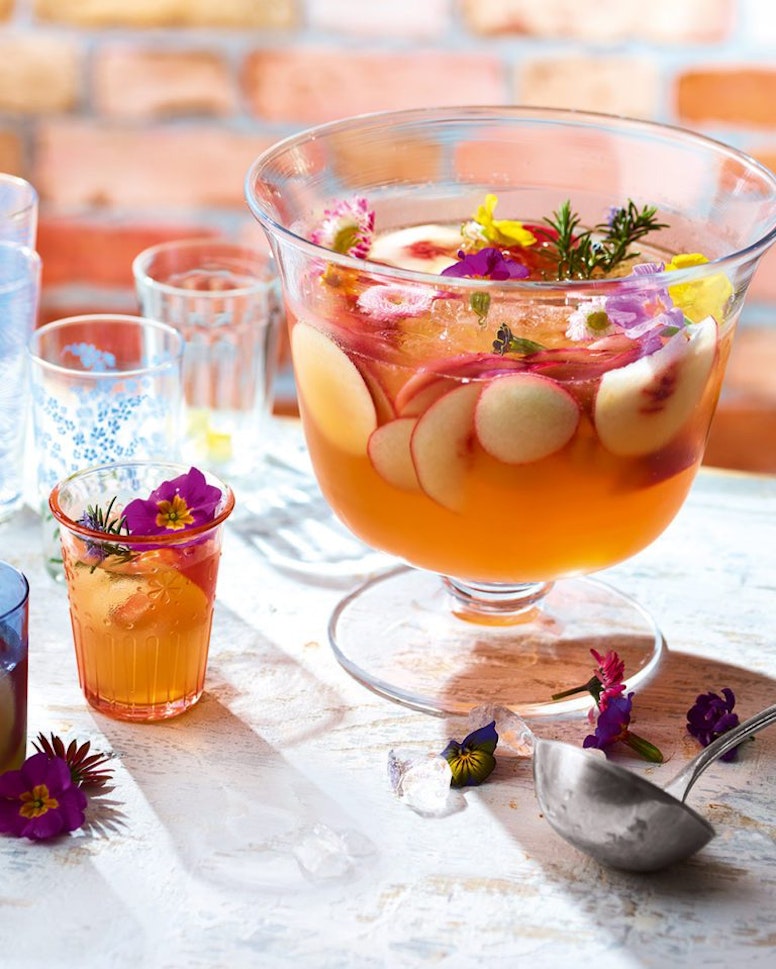 It is well-documented that HM The Queen is partial to a gin. It is fitting, then, that the good folk at Delicious Magazine should have chosen that particular tipple for the creation of its special Jubilee Gin Punch recipe. Made with Earl Grey syrup, elderflower and nectarine, we’ll be drinking this refreshing cocktail all summer long. After all, who doesn’t want to spin out the celebrations for as long as possible? Find the recipe here. 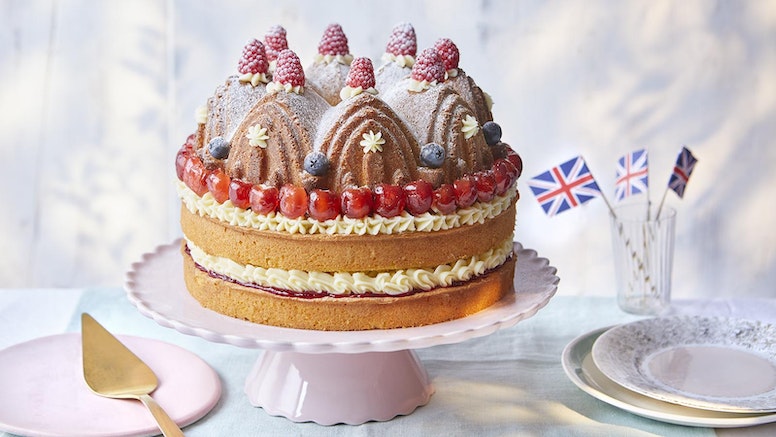 If you manage to pull of this spectacular Bundt cake, you will doubtless be the toast of the neighbourhood for generations to come, and at least until the next jubilee. A labour of love (you’ll need four hours to make it) it will repay all the effort by being a total knock-out of a pud. It serves 16, so if you’re feeding the whole street, you may want to challenge an equally baking proficient neighbour to make another to match. Find the recipe here. 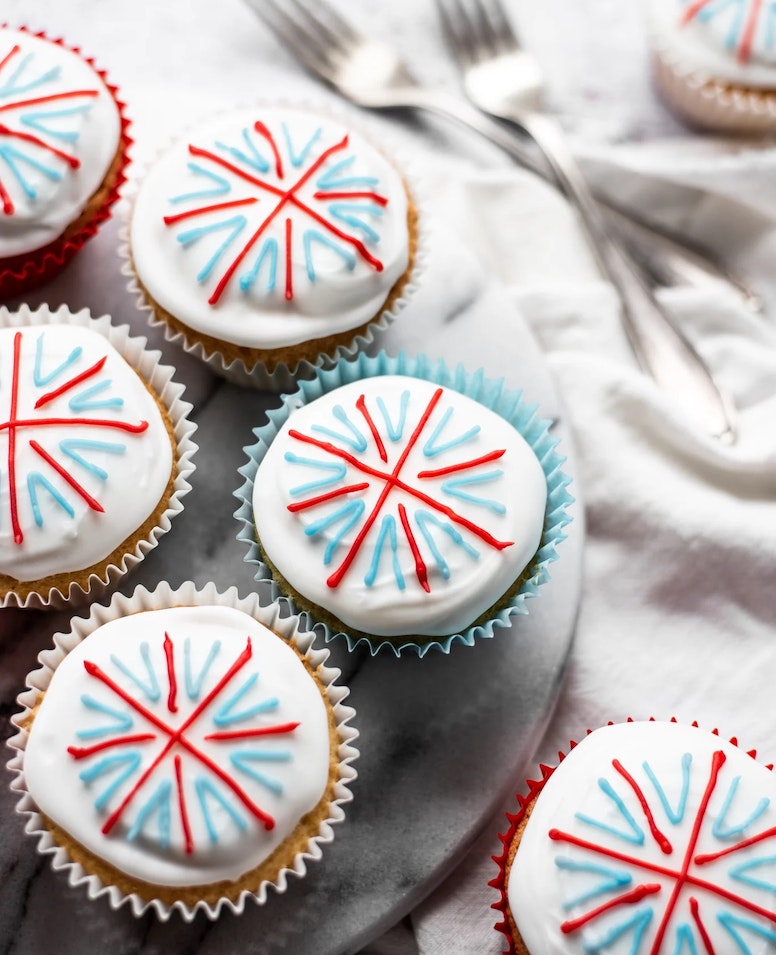 Nothing says Platinum Jubilee street party like cake stands groaning with Union Jack cupcakes. Baking Mad’s recipe is easy, fun and perfectly patriotic. If you want to go for a double whammy effect, do hunt down some Union Jack cases to bake them in – and then go wild: the more the better. They are guaranteed to be wolfed down and will look sensational. Find the recipe here. 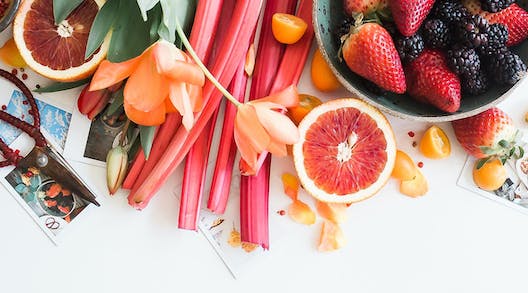 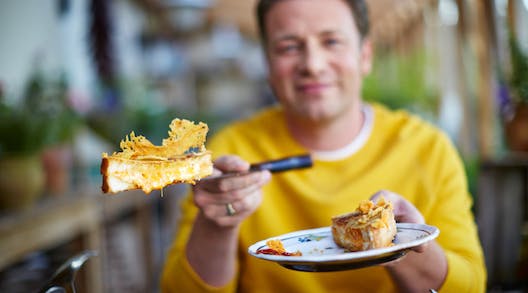 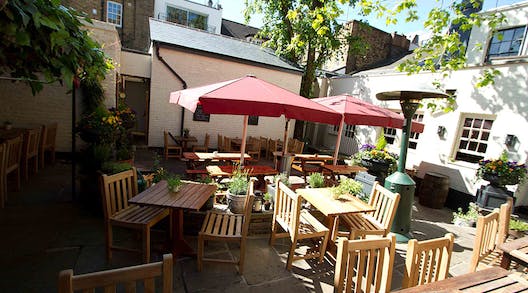 15 Of The Best Beer Gardens In London

Stiff peaks and soggy bottoms: sifting through the life of This Morning’s top baker. 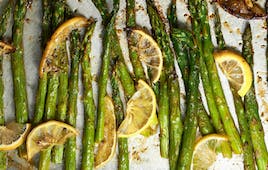 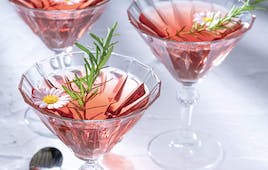 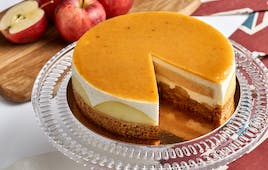 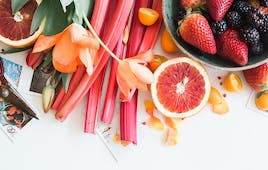