Once again we are delighted that the Website of the Year Awards will be supported by industry experts. The panel will assess entries on the quality of design, usability, content and product or service evident within each site put forward.

In 2008, Alex Chesterman founded Zoopla, which has become the UK's second biggest property website and where he remains as Chairman and CEO. In 2003, Alex co-founded LOVEFiLM.com, Europe's leading online DVD rental subscription service. Alex is widely recognised as one of the UK's leading internet entrepreneurs and angel investors and was named by Property Week as one of the 100 most important people in UK residential property last year.

Alexandra Chong is Founder & CEO of Luluvise, a social and communications platform for women, which launched in December 2011. Previously, Alexandra served as Global Head of Marketing & PR for Upstream, one of the world’s largest mobile marketing companies, and as the European Director for the Legal & Compliance Practice at the Corporate Executive Board. Alexandra holds a BSc from Appalachian State University and a LLB from the London School of Economics.

Born to a Chinese Jamaican father and a Canadian mother, Alexandra grew up in Ocho Rios, Jamaica. As a professional tennis player, she represented Team Jamaica in the Federation Cup and at the Commonwealth Games and she now plays for the Ladies First team at the Queens Club in London. Alexandra also writes a monthly column for the Sunday Times of London about start-up life.

Gabrielle’s most recent achievements include managing The White Company’s eCommerce business and developing an editorial content strategy to drive an enhanced brand experience online; leading a-US focused market analysis and website launch for Moonpig.com, and launching TKMaxx.com, which opened an entirely new route to market for the European retailer. In addition, Gabrielle has developed marketing strategy for koodos.com and oversaw the development and rollout of revised accessibility guidelines for The Royal Mail Group.

Julie Meyer founded Ariadne Capital in August 2000 to create a new model for the financing of entrepreneurship in Europe and the UK - "Entrepreneurs Backing Entrepreneurs". She created the founding Investor Partnership of 60 leading entrepreneurs and business builders who are Ariadne's core shareholders. In 1998, she founded First Tuesday, the network of entrepreneurs, which many credit for igniting the Internet generation in Europe. It was sold in July 2000 for $50 million in cash and shares. She has been named one of TIME Magazine Digital 50, one of WIRED's 100, one of London's 1000 Most Influential People 2010 & 2011 (Evening Standard) and one of the Top 30 Most Influential Women in Europe "WSJ Europe". In 2009 and 2010, Julie was also one of the BBC's Online Dragons in the award-winning Dragon's Den Online.

Formerly Managing Director of innovation-spotting firm Springwise, Chris Turner worked as a marketer and a trendwatcher before focusing on the world of new business ideas. Chris led full-service agency RPM’s research into campaign innovation and strategic intelligence. Chris then moved to trendwatching.com, which culminated in a role as Head of Research and Analysis, producing Trend Briefings and annual Trend Reports that have been purchased by virtually every leading B2C brand in the world. In his role at Springwise, Chris led a team that scoured the globe for the latest in business innovation. 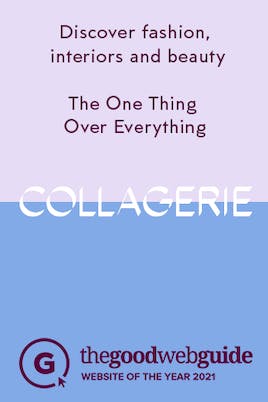