Inspirational reads for kids of all ages, from tots to teenagers…

Families around the world are currently grounded, but that doesn’t mean we can’t still dream of far off lands and exciting adventures.

On International Children’s Book Day (2nd April 2020), what better way to cultivate culture and ignite wanderlust in your youngsters than some armchair travel? And, who knows, it may even plant the seed for your next family escape…

Buddy in Japan by Nazneen Bustani 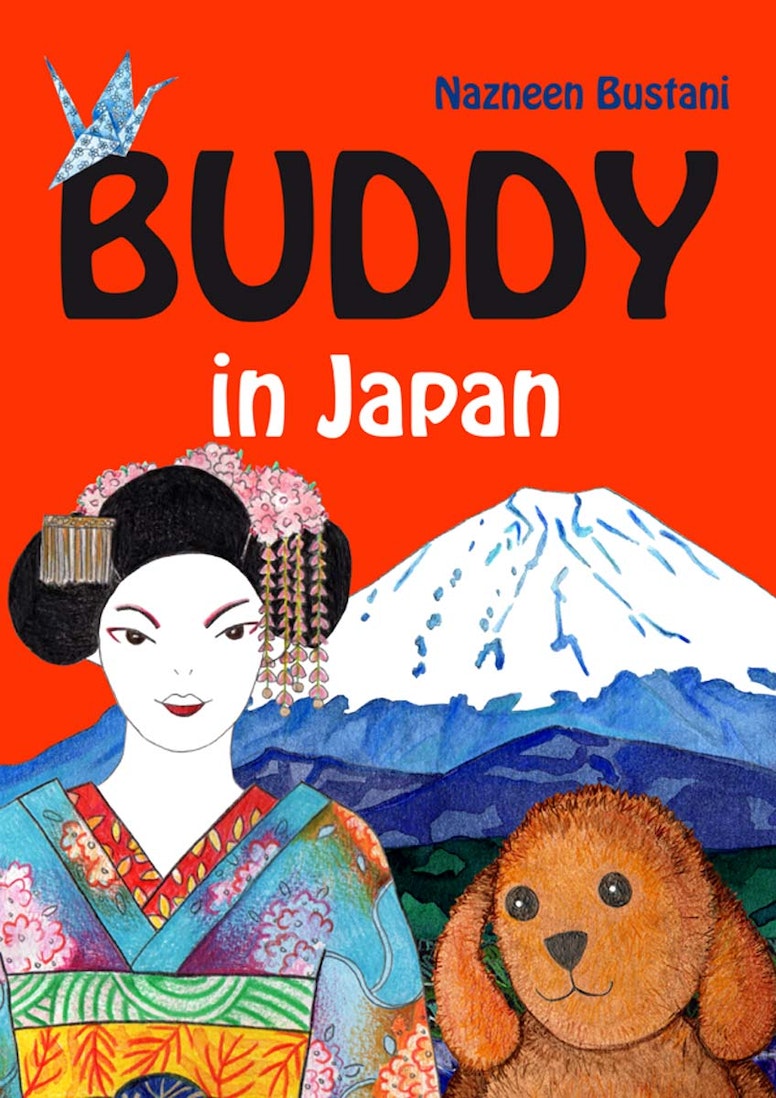 Join Buddy, a dog who loves adventures, and his best friend Peggy, a magic tent, on an exciting journey across Japan, taking in Mount Fuji, Tokyo, Kyoto, Hiroshima and Hokkaido in cherry blossom season. Beautiful, hand-drawn watercolour illustrations make this a must-have for mini art lovers too.
Buy the book.
Go there with Inside Japan Tours. 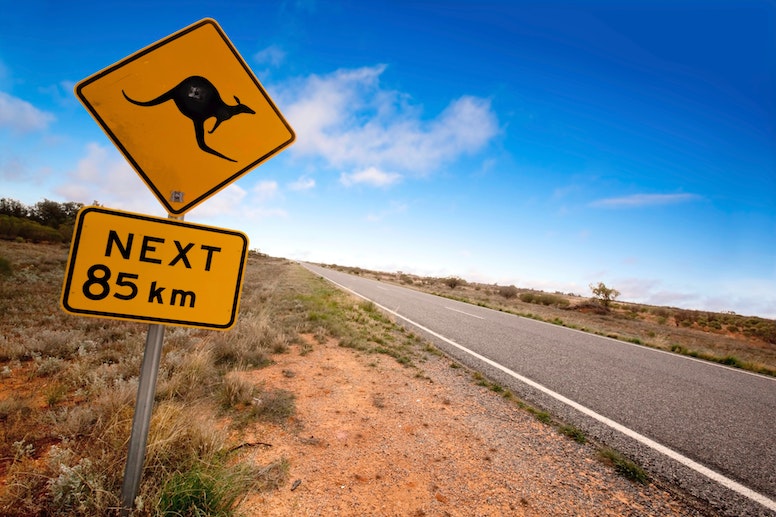 Part of a fun series for younger kids which began after father-of-two Moldenhauer asked his children to spin a globe at bedtime and, wherever their finger landed, he’d make up a story about the destination. In this Australia-set edition, Von Wigglebottom meets George, an Aborigine boy and Madeline, a local girl, who teach him all about the wonder of the outback.
Buy the book.
Go there with Exsus.

Madeline and the Old House in Paris by John Bemelmans Marciano 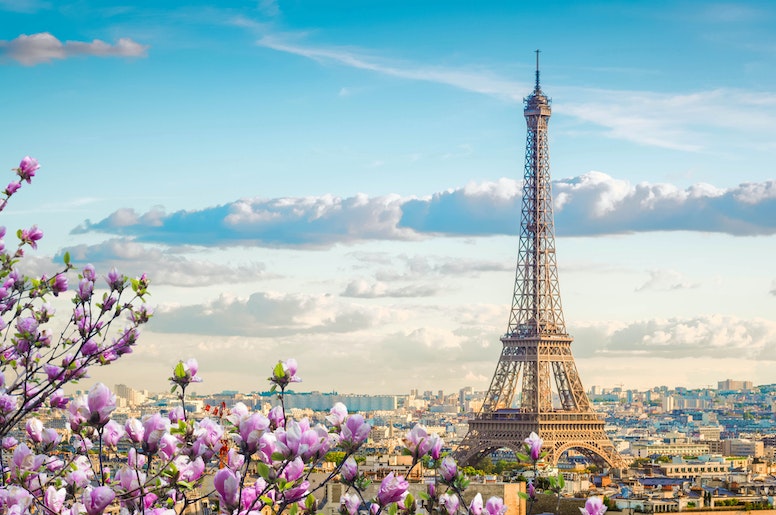 A delightful romp around the City of Lights with Madeline and her favourite partner in mischief, Pepito. When spooky sounds lead them to an attic they discover Felix de La Morte, who has lingered there for years waiting for a comet (due to return the next day). However his telescope’s been stolen by mean Lord Cucuface, and it is up to Madeline and Pepito to get it back - cue a night time caper across Paris and midnight apparition. Happily all is resolved in time for the three new friends to view the comet on a starry night.
Buy the book.
Find family-friendly places to stay in Paris with i-escape. 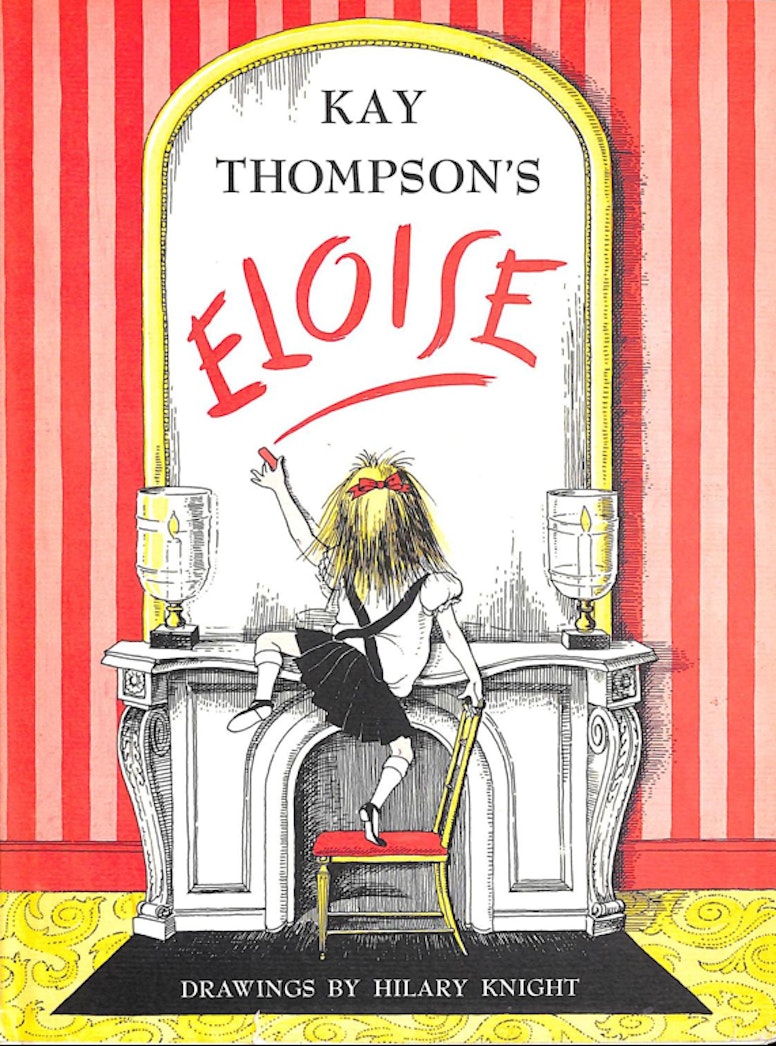 Resident of the famous Plaza Hotel in New York, six-year-old Eloise is the daughter of rich parents and largely left up to her own devices, meaning plenty of naughty antics and fun in the city’s most famous hotel. And if your kids love it, there’s a dedicated pink suite with Eloise books, dolls and clothing at the Plaza that you can check into in real life…
Buy the book.
Stay at the Plaza Hotel with Scott Dunn.

Dodsworth in London by Tim Egan

Part of a series (there’s also Rome, Paris and New York) Dodsworth and his duck friend arrive in the capital by hot air balloon, keen to see all the iconic sights from double-decker buses and Piccadilly Circus to Buckingham Palace. Lovely illustrations make this a joy for adults and younger kids at bedtime.
Buy the book.
Stay at the Europa House apartments in Little Venice.

Tintin in Tibet by Hergé 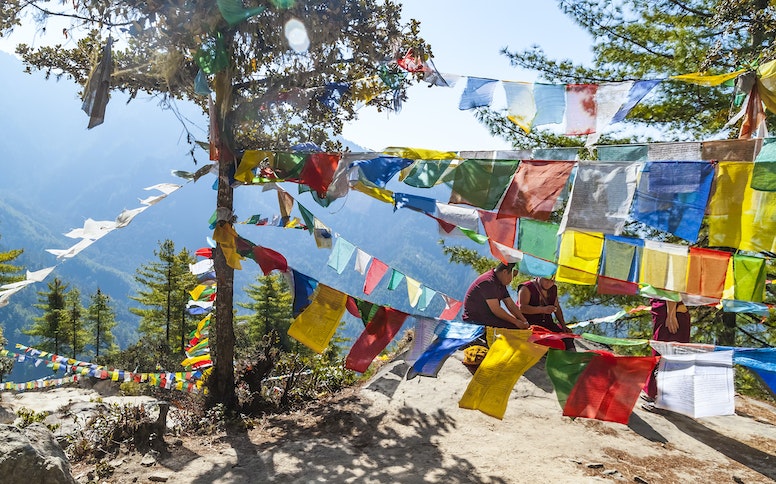 Popular with kids the world over, Tintin is a classic comic book hero. In this adventure we see him, together with Captain Haddock, set out on a mission to find his friend Chang, who has disappeared after a plane crash in Tibet, braving mountains, blizzards and ice caves along the way.
Buy the book. 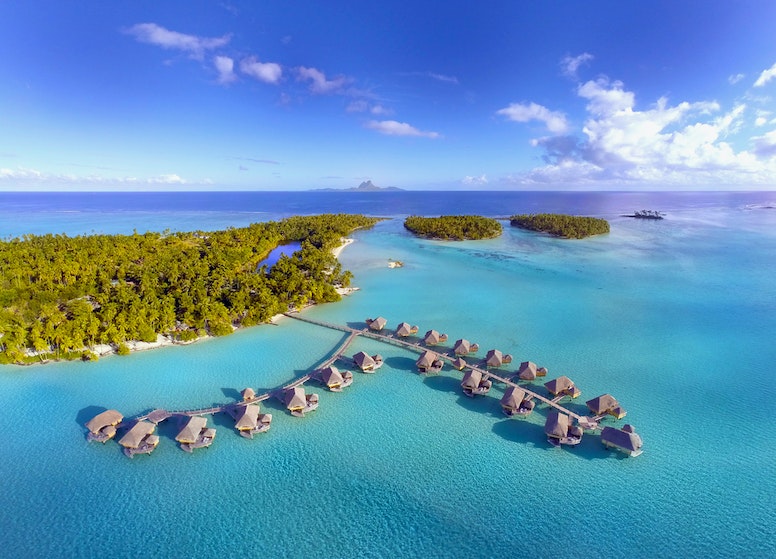 Winner of The Children’s Book Award, the scene is set when a young boy (Michael) is washed ashore on a remote desert island in the Pacific Ocean after being falling from his parents’ yacht during a storm. Struggling to find food, water and shelter, he meets Kensuke, a mysterious elderly man who also lives on the island and teaches him survival skills like spear fishing and where to find the best fruit.
Buy the book.
Travel to the South Pacific with Turquoise Holidays.

Orla and the Serpent’s Curse by Chris Haslam 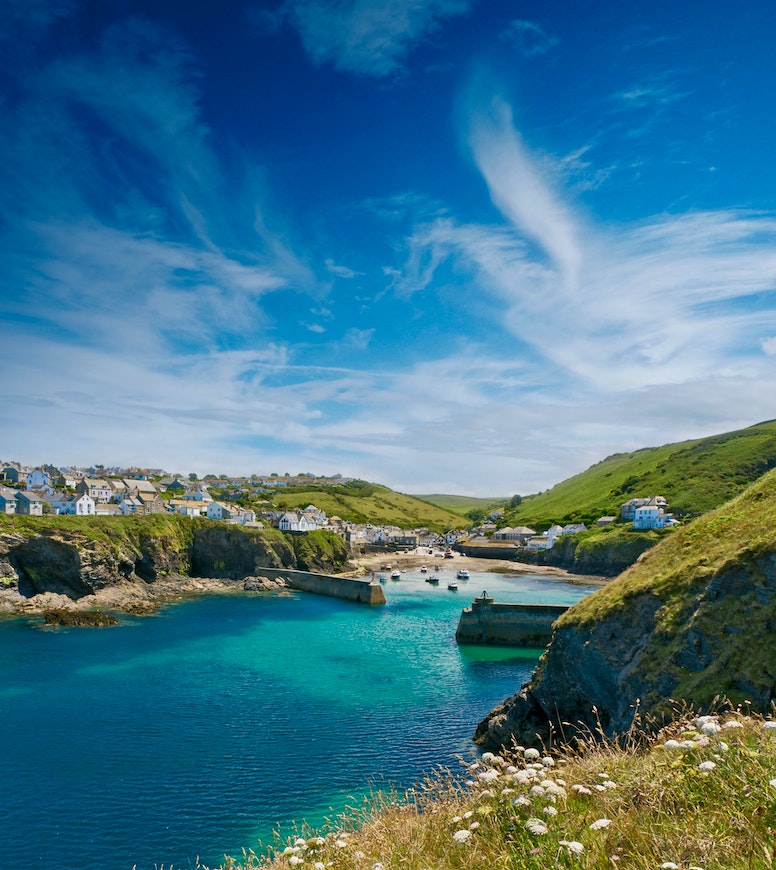 Set in Cornwall, this darkly comic adventure starts innocently with twelve-year-old Orla and her family on holiday. However things rapidly take a spooky turn when she discovers a glowing necklace in some woods and soon she’s embroiled with witches, pirates and a mysterious curse that only Orla, with the help of her trusty dog Dave, can break. Think Famous Five with a twist
Buy the book.
Book a cottage in Cornwall with Classic Cottages.

The Explorer by Katherine Rundell 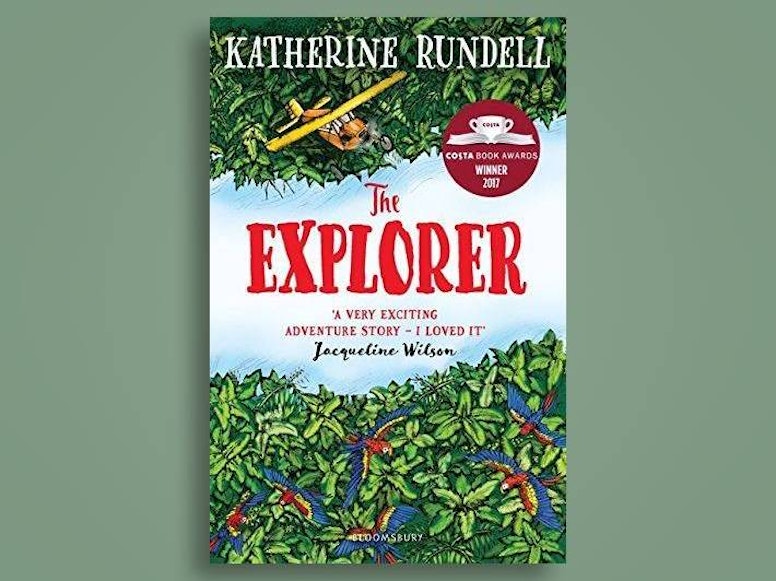 The Amazon rainforest is brilliantly brought to life in this Indiana Jones-style adventure, ideal for kids aged eight and over. The story of four children fighting for survival in the jungle after a plane crash is an exhilarating tale of love, friendship and loss that will have your kids reading beneath their bed covers by torchlight way past lights out.
Buy the book.
Travel to the Amazon with Dehouche.

Journey to Jo’burg by Beverley Naidoo 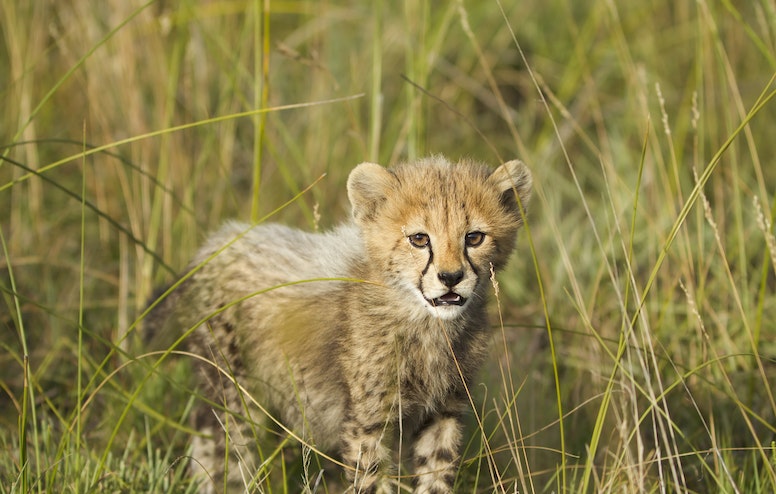 Set against the background of South Africa’s apartheid, thirteen-year-old Naledi and her younger brother Tiro run away from their grandmother to find their mother in Johannesburg. A powerful story of the realities of racism and the breakdown of family life, this is an eye-opening children’s book for kids aged around eight and over.
Buy the book.
Explore South Africa with Mahlatini.

Around the world in 80 days by Jules Verne 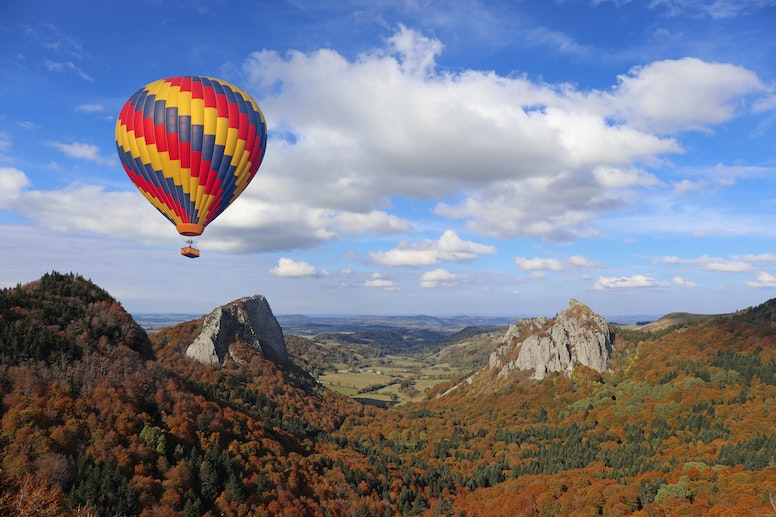 THE classic kids’ adventure book was first published in 1873 and follows the story of Phileas Fogg and his French valet, Passepartout, as they attempt to circumnavigate the world in 80 days after accepting a bet. This short, fun read for kids and adults alike, follows the rollercoaster ride of Fogg as he tries to make it back to London in time to win a wager of £20,000 (around £1.6 million today).
Buy the book.
Book a family adventure with On the Go Tours.

Armchair Travel: 10 Classic Books to Read
How To Work From Home

Ease the pain of homeschooling with these websites, apps and channels.

10 Nature Activities To Do With Kids

We’re appreciating moments in the great outdoors more than ever right now. Make the most of them with these great nature activities, some of which you can do indoors too.

The serial entrepreneur and founder of Hoop, the mobile app that helps families discover new things for their kids, shows us around his web.

Occupying little people during school holidays can be a challenge. Before cabin fever sets in, look to these sites for children’s craft. 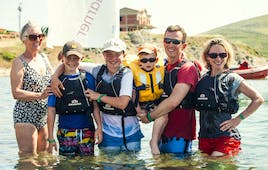 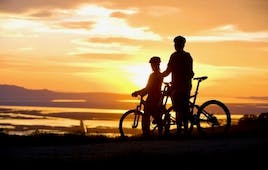 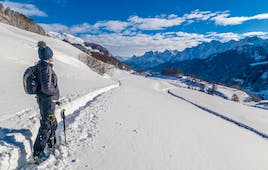 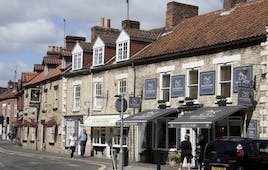