We’ve all travelled less in the past couple of year. But, if you were ever a frequent flyer the PC (pre-COVID) days, you may have stumbled across the concept of ‘flygskam’. And for those who haven’t, it’s a Swedish word that translates literally as ‘flight shame’, first coined when Swedish singer Staffan Lindberg wrote an anti-flying article signed by five of his famous friends, one of whom happened to be Greta Thunberg.

But even as more and more people commit either to not flying at all, or only to do so when strictly necessary, that does not mean that you can’t explore the world – you just have to get there by other means (chiefly by taking the train). Here are a few holiday destinations you can reach without boarding a plane, and to which the journey itself may just be as lovely as its end point. All we can say is, thank goodness for Eurostar.

Nowhere, but nowhere, looks more like a 1930s travel poster made flesh than the Italian Riviera. Its charming multi-coloured buildings standing sentry-like around marinas, its glistening seas, its bobbing yachts, and the insouciantly unruffled folk going about their passagiate here all add up to a picture of unhurried ease. 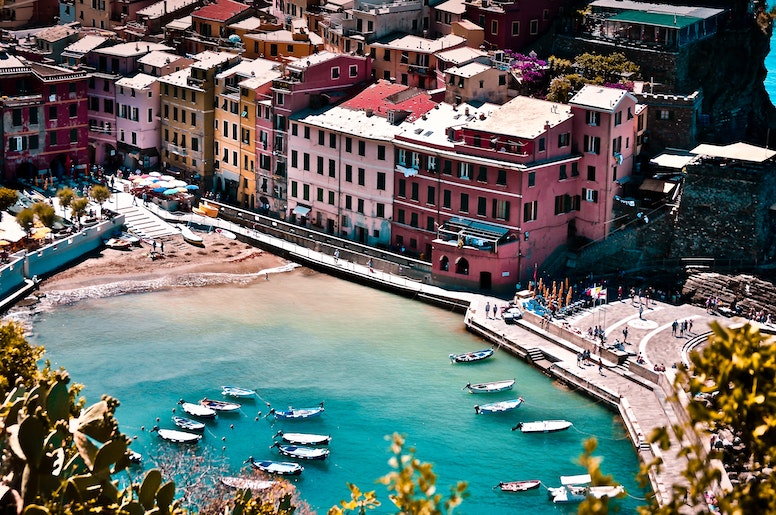 It is, though, too much of a stretch, surely, to reach without stepping onto an aircraft? Well, sure, you have to have the time and inclination, but if you do, it’s well worth the effort. Just hop onto the Eurostar to Paris, head to Gare du Lyon and board a TGV train to Milan (this is the longest bit, taking 7 hours 20 minutes). If you have the time, spend a night in Milan, before heading to Genoa and finally catching a tiny train down the coast to Camogli or to Santa Margherita Ligure for Portofino, one of Italy’s most picturesque spots (which is really saying something). The journey itself is breath-taking. We recommend staying at least a week to explore each of the five exquisite lands.

Those with deep pockets could do no better than booking into the Belmond Hotel Splendido in Portofino. For those more budget conscious, the Cinque Terre Residences are bright and clean and a great option.

If you fancy a quick getaway to the seaside, Ile de Ré is eminently reachable without heading into the clouds. In fact, all you have to do take the Eurostar to Paris, and then, from Gare Montparnasse, jump on the TGV to La Rochelle, from where buses will deposit you on the island. In total, that’s about six-and-a-half-hours – pas mal, non? 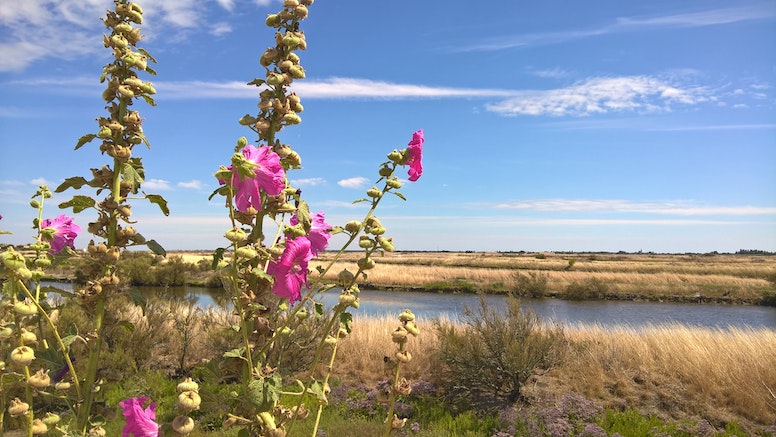 Certainly not when you consider that you’ll be joining the chic throngs of Parisians who decamp here in the summer, and who do so by catching the train too. The island is set up for cycling – there are cycle paths and places to hire bikes everywhere – and it is the kind of place where the most that’ll be asked of you is to pedal to the market to pick up a picnic for the beach later. Driving is actively looked down upon, making this a particularly great spot for those with an eye on emissions. St Martin de Ré is a joy on summer evenings: there are few nicer places for a glass of crisp white wine, some fresh seafood and watching the fashionable set wander by.

Many people choose to camp on the island in summer. But if you prefer bricks and mortar over your head, the four-star La Baronnie in St Martin de Ré, just by the port, is enchanting.

The first destination that springs to mind on the Eurostar is, inevitably, Paris. And while we will forever adore the City of Lights, we also can’t and won’t knock another of its direct destinations: Amsterdam. With no changes, you’ll arrive into the Centraal in just under four hours for a spot of canal wandering. The Rijksmuseum, along with the city’s better known cultural attractions, will never not be a draw, but we also recommend seeking out some of Amsterdam’s most happening quarters. When you arrive on the Eurostar, do board the free ferry to Amsterdam-Noord, which is where the hipsters congregate to chat at Café Modern and eat at the sustainable De Ceuvel. 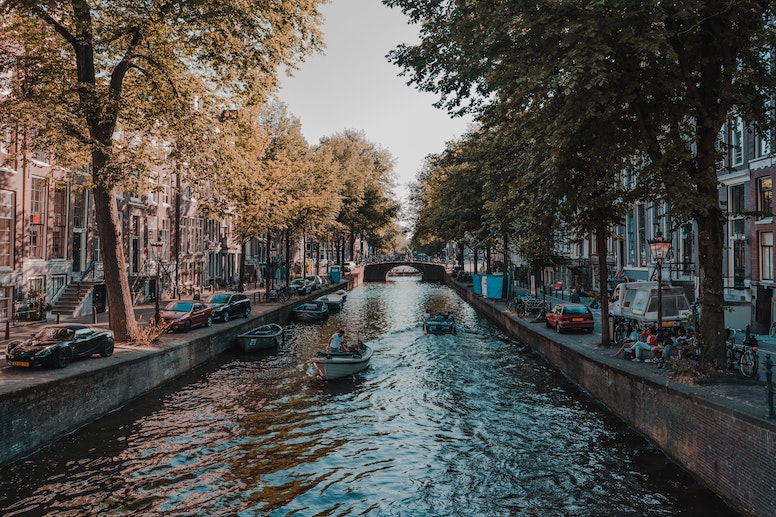 Sweets Hotel is a radically different – as well as radically fun – hospitality concept. From €120 per night, you can bed down in one of 28 bridge houses on the canals, all of which have been transformed into individual suites accommodating two guests, each designed by Amsterdam-based architectural firm, Space & Matter.

Visitors to Belgium often, understandably, make straight for the grandeur of Brussels, or the romance of Bruges. Antwerp too is coming up the rear with its design vibe and its famous diamonds, if you like that kind of thing. But Ghent is oft overlooked, easy to reach and has an enviable scene of its own. A vibrant bar scene wends its way across the network of the Flemish city’s canals and on warm days, people spill out onto the pavements to enjoy Belgian beers by the water’s edge. There’s plenty of history too; the gothic St-Baafskathedraal houses the Adoration of the Mystic Lamb by Jan van Eyck, while the S.M.A.K, the Museum of Contemporary Art is reflective the city’s happening design and art scene. 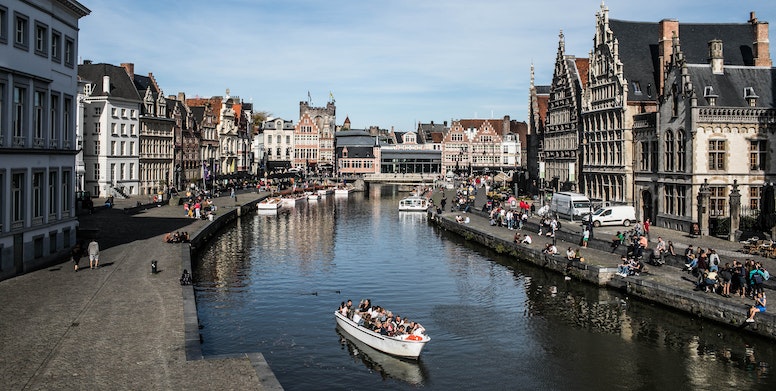 Best of all? You can reach it on the Eurostar in under three hours from London, with just one change at Brussels.

Ghent is full of medieval and historic buildings, which means that at just under 100 years old, Hotel Orion harks back to relatively recent architectural history, having been built in 1928. Once the home of the wealthy Lalemant family, we love the Art Deco interior, the cosy corners and the outdoor heated pool.

2020 Travel Trend: Heritage Holidays with Airbnb and DNA testers 23andMe
The 12 Best Places To Travel To In 2020
Romantic Train Journeys

Transform lives – your own and others’ – by volunteering with the aid of these helpful websites to help get you started.

This Saturday 26 March, turn off the lights in honour of Earth Hour. Here’s how to get involved in this powerful eco movement that continues to galvanise global change.

#WorldEnvironmentDay takes place in June every year. Here are the little squares inspiring us to do our bit.

Ponder the natural world with these pleasing podcasts. 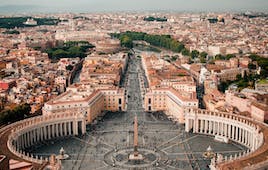 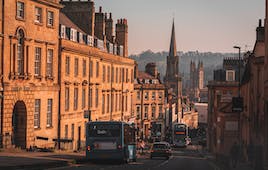 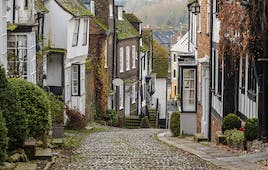 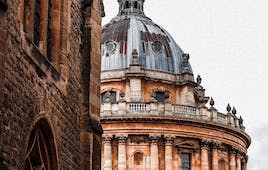