Once described as a creator of ‘wearable happiness’, the Cornwall-based designer, Rosa Bloom is the go-to designer for knock-out over-sized sequinned festival wear. Any disciple of Sophie Ellis Bextor’s life-affirming lockdown kitchen discos will already be familiar with her theatrical oeuvre, whether in the sequinned bunting on perma-display in SEB’s house or the procession of ever-more eye-poppingly fabulous outfits, all of which come courtesy of Rosa. You can catch Rosa on Sophie’s podcast, Spinning Plates, here. 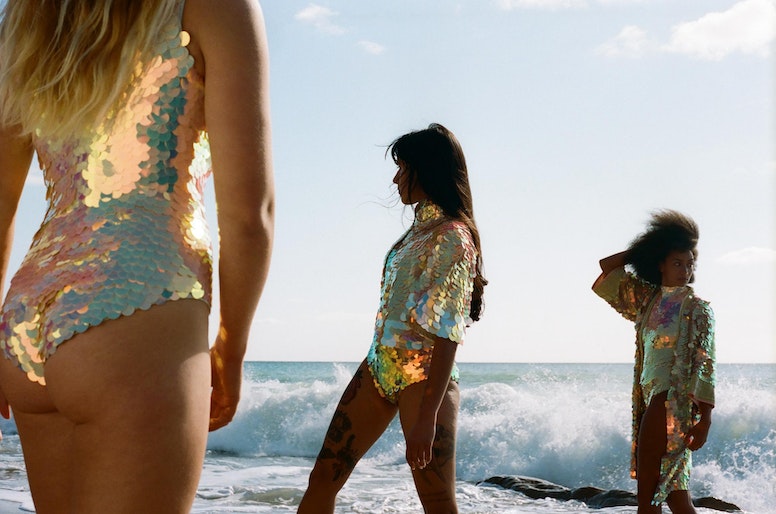 Imagined into life in 2008, Rosa’s eponymous label occupies that happy halfway house between ready-to-wear and costume. It is the stuff of dream festival attire, as well as an inevitable choice for a string of performers, each one enamoured of her hand-stitched shimmer and shine, which is lovingly created in Bali. That her work has been featured in a huge array of glossy magazines, including Vogue was, perhaps, destiny; aged four, when on holiday in Peru with her parents who were marvelling at the wonder of Machu Picchu, a nonplussed Rosa purportedly announced that she wanted ‘to go home to play with my dressing up clothes.’ She hasn’t altered in that stance since. 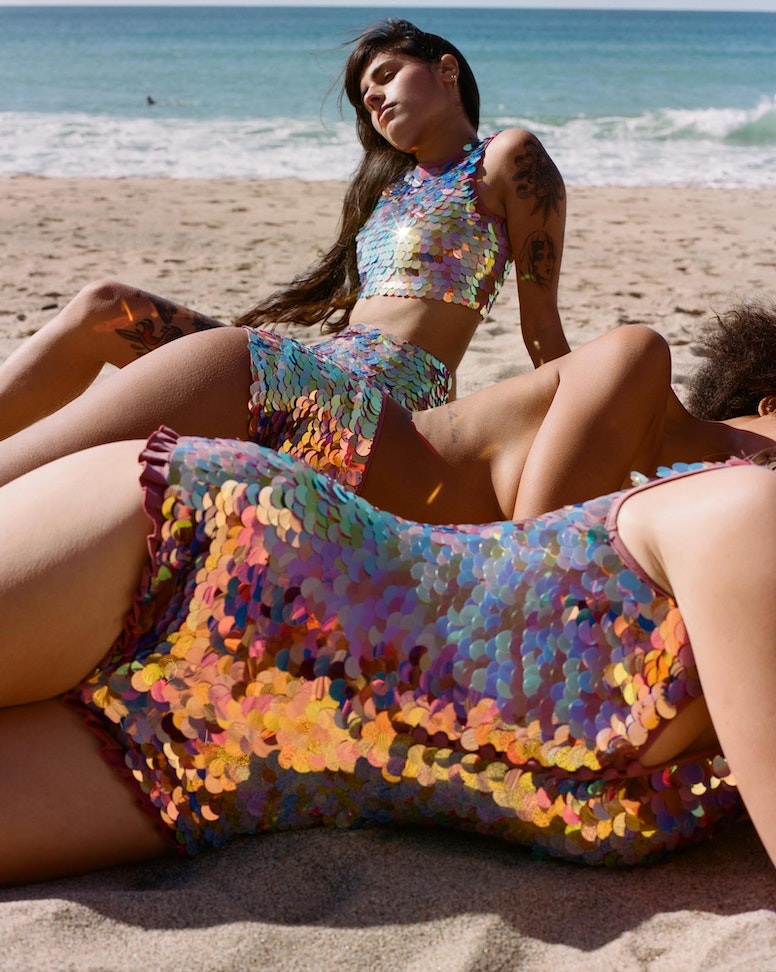 Here she tells us about who taught her all she knows about body positivity; what got her through lockdown; and why a meal at Ottolenghi in Islington is always a little slice of heaven.

So hard to choose just one! Lower Shaw Farm is my family home and one of my absolute favourite places in the world. I feel umbilically connected to it. Another would be Burning Man for the pure magic, surrealism, playfulness, and the possibility that exists there.

My dream holiday recipe is a beautiful big old house somewhere sunny, near some kind of water (preferably sea), with good friends and delicious food. Simple but heavenly. Can’t beat it. 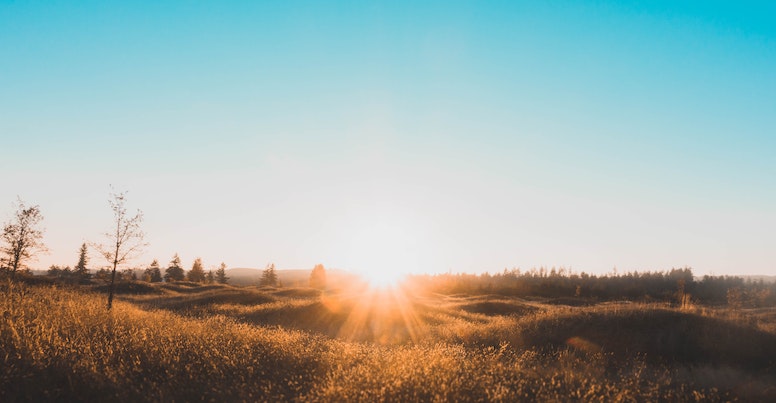 Not an item, but the thing I covet most is sunshine – it transforms my mood and makes me feel at my happiest. I don’t want for much when the sun is shining.

When customers write to tell me that wearing my clothes transforms how they feel about themselves. Those heartfelt messages are pure magic, and the reason I do what I do.

When I was in my late teens and early twenties, I worked for a woman called Shelley Fairy, whose attitude towards body positivity was hugely inspiring and is something I’ve carried forward into my business. And, in more recent years, I’ve had very valuable support and mentoring from Fleur Emery who is an absolute powerhouse. I call her my business therapist. She now runs an online co-working membership for women called Realwork. 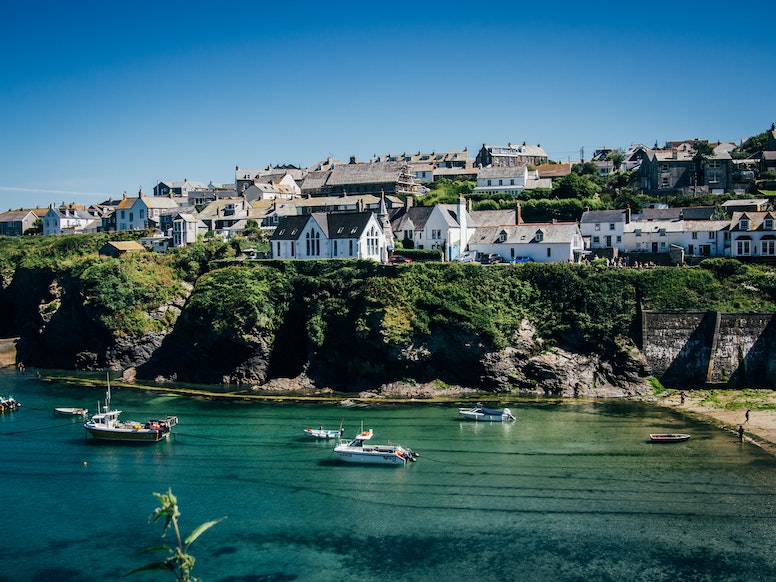 I think I’d probably stay where I am in Cornwall, although I’d like the friends and family who are far away to be nearer! It’s so beautiful here and I love having the sea on my doorstep – I can’t really imagine being without it now. I definitely wouldn’t say no to a bigger house though. We live in a 400-year old two-bedroom cottage, which is magical, but a bit more space wouldn’t go amiss.

I’ve been dipping in and out of Wilding by Isabella Tree, and How to Talk So Little Kids Will Listen by Joanna Faber and Julie King. The former for inspiring and informative reading on the history of the British countryside and biodiversity. The latter for giving me tools to parent my strong-willed just-turned three-year old! 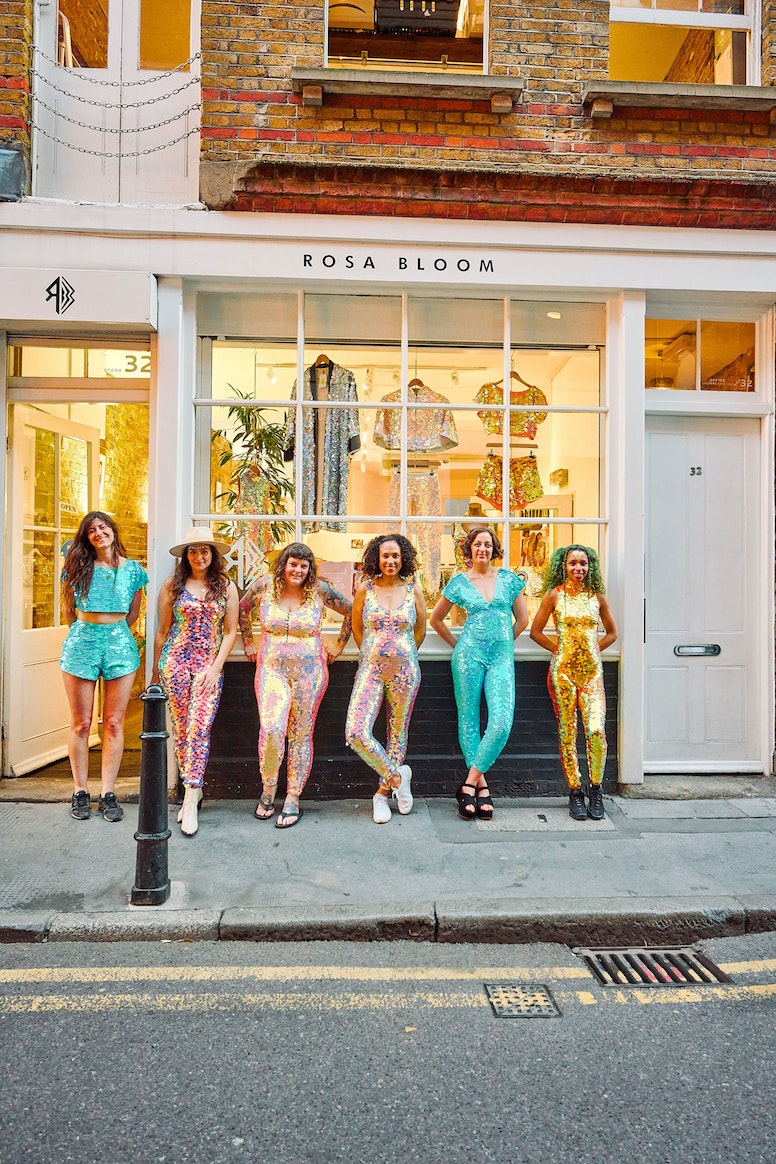 I enjoyed Nomad – it actually reminded me of a film I watched a few months ago that really stayed with me, called Acts of Quiet Resistance. It’s by an artist called Ian Nesbitt and is a really mesmerising film. It documents a man who lives in a traditional horse-drawn wagon, and is shot in black and white, and the way he captures not just the visuals but also the sounds really transports you along on the journey. Another film I loved this past year was Bait – it won a BAFTA, and was shot on 16mm monochrome film on location here in Cornwall with an entirely Cornish cast and crew. It’s like no other film I’ve ever seen and I highly recommend it. 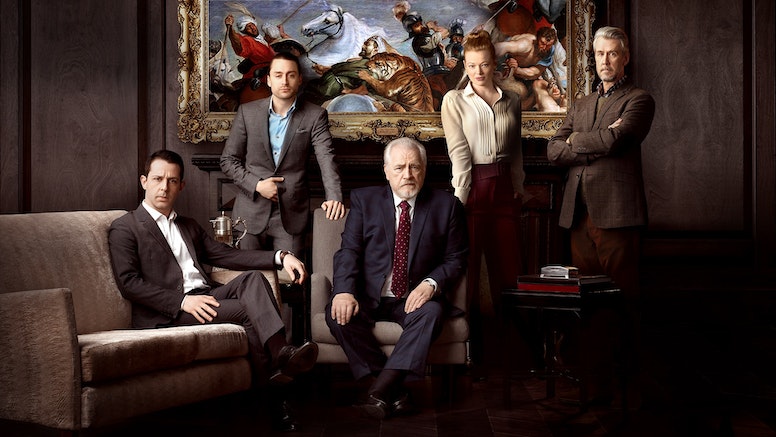 Succession – I devoured the new series. It’s just so good. The quality of the writing and acting is outstanding. It’s quite tense to watch though, so we had to alternate it with episodes of Race Across The World for some light relief! Also Call My Agent – it’s funny, and French, and very easy to watch.

I’m a bit behind the times on this one as this podcast came out in 2017, but I only discovered it this year. It’s called Scene on Radio, and I have been listening to Season 2 which is called ‘Seeing White’. It’s about the history of whiteness in the USA and it has completely blown out of the water what I thought I knew about the history of race and the origins of racism. It is eye-opening and completely fascinating. 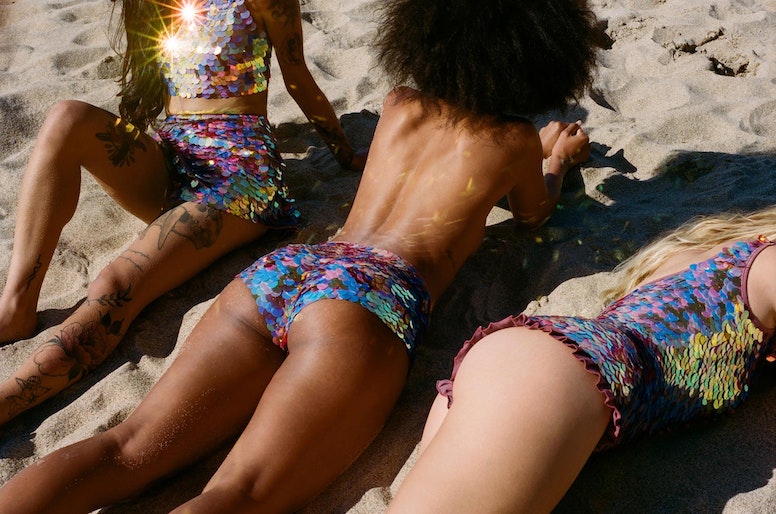 I don’t really have a hero, though I do hugely admire anyone who puts themselves out there and fights for a cause they believe in, even when it is detrimental to their personal life. I think the amount of determination and resolve and belief in a greater good that it takes to do that is incredibly impressive.

The first thing that comes to mind is kedgeree – I think maybe because I’ve been craving it recently and haven’t had it for a while because I’ve been trying to cut down the amount of fish I eat. This is the recipe I follow, although I use smoked mackerel instead of haddock, and I also add in some peas for a bit of extra green and because I love them. 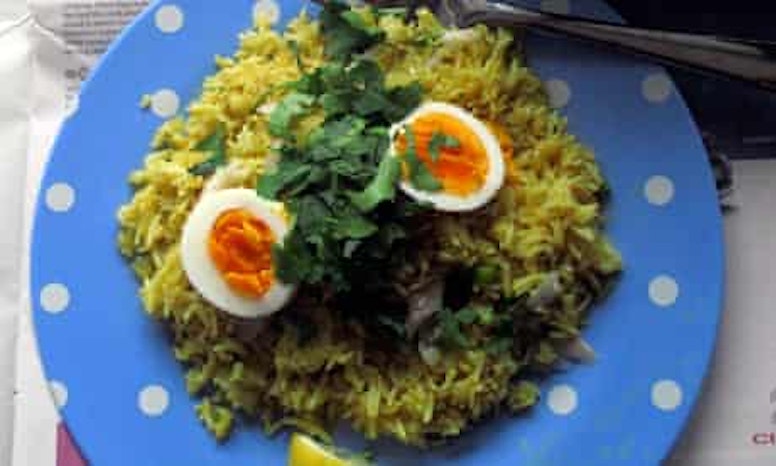 I am very fond of Ottolenghi in Islington. I have happy memories of meals there with close family and friends. The last time I was there, I went alone for an early dinner. I was in London for just one day for work back in December 2020 and I hadn’t eaten out for ages. It was partly the pandemic and partly having a toddler, which also isn’t conducive to getting out much. It was just heaven sitting there in peace with a cold glass of white wine and delicious food being placed in front of me. More local to me now though is a lovely vegetarian café called Potager – it is five minutes from my house and set in a huge old greenhouse and gardens. It’s so beautiful. They grow lots of their own produce and in winter they light a big wood burner to keep it cosy. 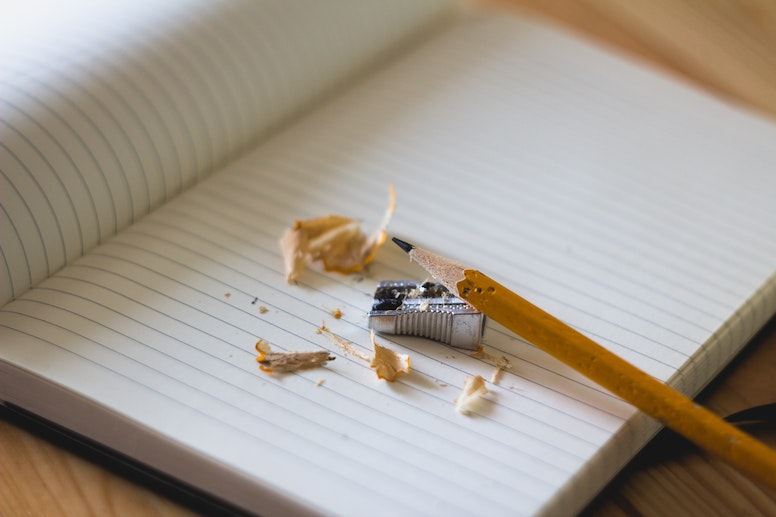 My pencil sharpener. I write all my lists and notes in pencil in a notebook. And I’d be lying if I didn’t say my laptop, even though it’s the most boring and obvious answer.

My dear friend Mella, because I don’t get to see her enough, and can talk to her about anything, so being stuck in a lift with her would actually be quite a treat. To keep us entertained, Merrill Garbus and Nate Brenner of Tune-Yards, because I love Merrill’s voice and I think they’d be good at finding ways of making music in a lift, and for some reason I’ve got a feeling they’d be quite good company. It would be magic to have my Oma – my maternal grandmother – there too, as I was really fond of her and she died when I was young. That leaves one last person. I feel like I should pick someone really famous or an important historical figure, but I think I’d probably just be a bit star-struck and wouldn’t know what to say to them. 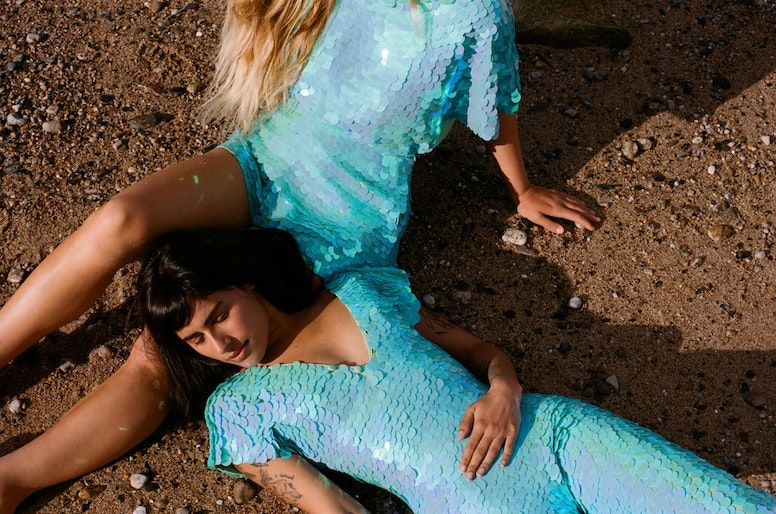 On Instagram, I’ve learnt a huge amount from @_theotherbox; and @novareidofficial. For fun, @fruit_stickers. For food, @yasminkhanstories. For interiors, @tiwa_select has the best taste. And I love to support @nationstation__@mmccglobal – a social circus organisation who bring entertainment, joy, and hope to young people in war zones.

A photo of my local beach. It’s my favourite swimming spot. Swimming there every week got me through the winter lockdown earlier this year. 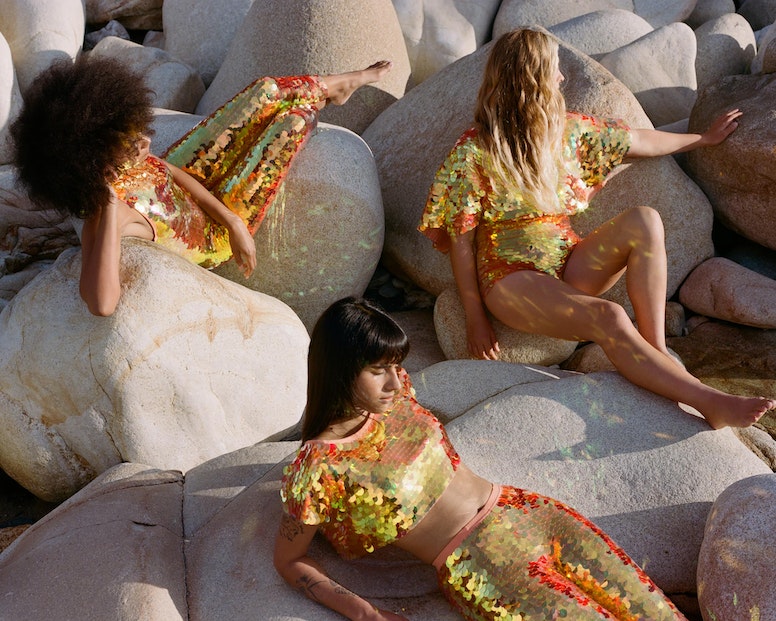 I have no idea. But we did come up with a good one for my dad a few years ago. He is very much alive and well, I hasten to add, but we were in the midst of a lively debate about something (a fairly regular occurrence in my family) and he got annoyed about being interrupted mid-flow, and announced loudly, ‘I’ll stop when I’m finished!’ We all burst out laughing, and I told him that’s what we’d write on his gravestone.

The brilliantly funny and truth-uttering champion of women everywhere. 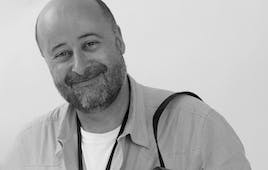 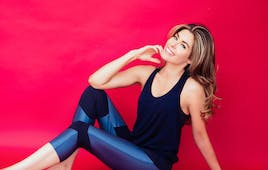 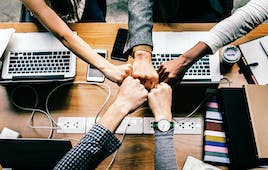 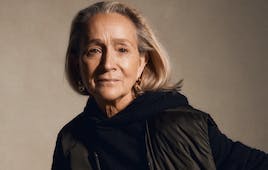