The stellar life and loves of one of the very best chefs in the world.

Raymond Blanc is the entirely self-taught double Michelin-starred chef-patron behind the legendary Le Manoir aux Quat'Saisons. Born in the Franche Comté region of eastern France in 1949, his post-war childhood as one of five children in a close-knit village proved formative. Raymond and his father worked hard in the garden, growing vegetables to feed the large brood; his mother, meanwhile, toiled in the kitchen, tirelessly whipping up excellent, nourishing and delicious food for her family – so indefatigably, in fact, that they later nicknamed her ‘Mother Teresa on speed.’

Together, Raymond’s parents instilled in him the values of hard work and always doing one’s best. That spirit, allied with a childhood spent foraging and hunting in rivers and woodland, armed him with the tools that would later underpin his iconic and enduring creation: Le Manoir aux Quat'Saisons in Oxfordshire. 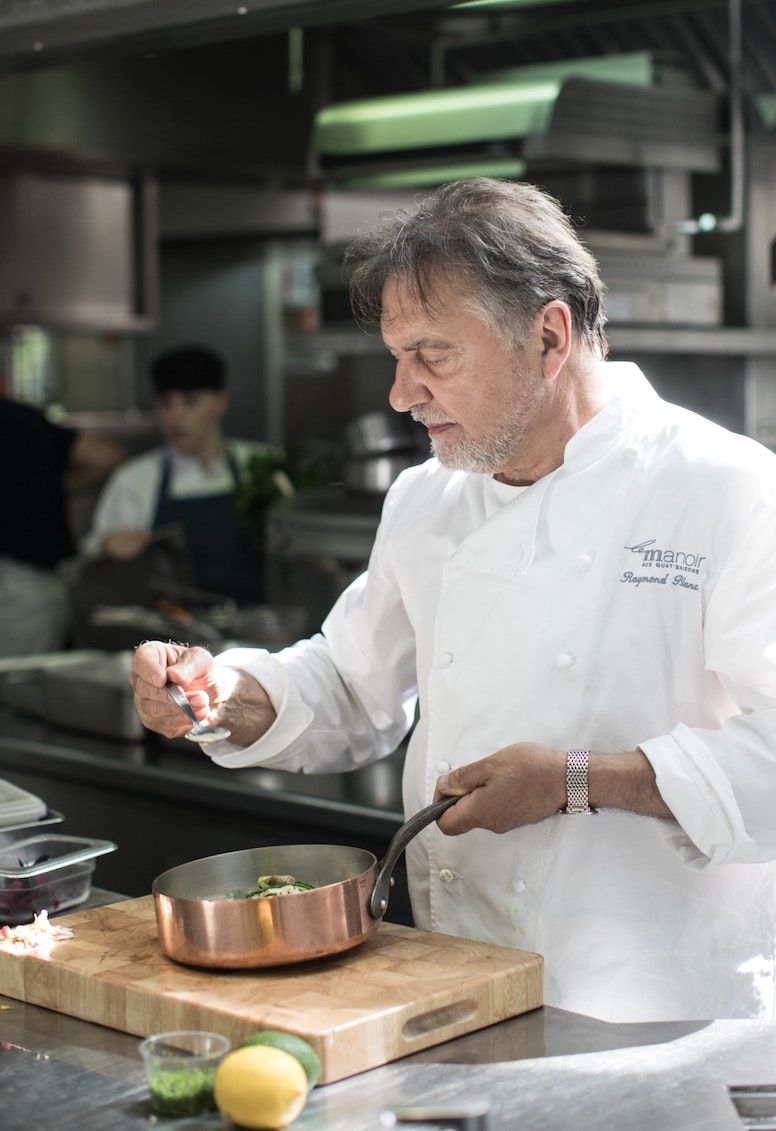 However, the path to Le Manoir was far from linear. Raymond tried his hand first as a draughtsman and later as a nurse, before stumbling – almost literally – upon his true calling. One night, as he was walking past the Michelin-starred Le Palais de la Bière, he chanced to peer inside. Through the windows he saw what struck him as ‘ballet’: the sight of Bordeaux jacket-clad waiters flambeeing Crêpes Suzette. He knew at that very moment what the next chapter in his life must be. He had found his vocation – and it was in the kitchen.

Without further delay, he landed himself a job at Le Palais, first as a cleaner, then as a pot washer before his work ethic was duly rewarded and he was finally promoted to waiter. From there he was able to observe the workings of a professional kitchen firing on all cylinders, thus fostering an ever-deepening love of gastronomy. Unfortunately for Raymond, the head chef did not reciprocate the ardour, eventually brutishly breaking the jaw of this over-enthusiastic and, perhaps, ever so slightly over-opinionated waiter.

After his recovery, Raymond moved to England where, in the 1970s, the culinary scene could scarcely have been direr. Undeterred, he landed a job as a waiter in a Cotswolds pub where, one day, he volunteered to cover for the absent head chef. Despite having no formal training, his roots at the apron strings of his maman all those years before in France Comté paid dividends. His efforts were rewarded with rapturous praise; something had begun.

Raymond and his wife opened their first restaurant in Oxford – Les Quat’Saisons – and, by 1979, it had been garlanded with two Michelin stars. Still not content, however, he became fixated on the idea of running a country house restaurant with rooms. So when he spied the perfect manor house, albeit one that required huge amounts of work, for sale in Great Milton, he scraped together everything he – and a few of his friends – had to buy it.

Today, almost forty years on, Le Manoir remains every bit as magical as when it first opened its doors in 1984. During that whole time, he has held onto its two Michelin stars, and that restless zest for life and gastronomy is as evident now as it was then. So influential has Raymond’s approach to cooking been that almost every stellar chef you can think of – Marco Pierre White, Michael Caines, Bruno Loubet, to name just three – has been trained in his kitchens. It seems that when they come into the presence of a creation this special, some of its enchantment – as well as its rigorous work ethic – just rubs off. 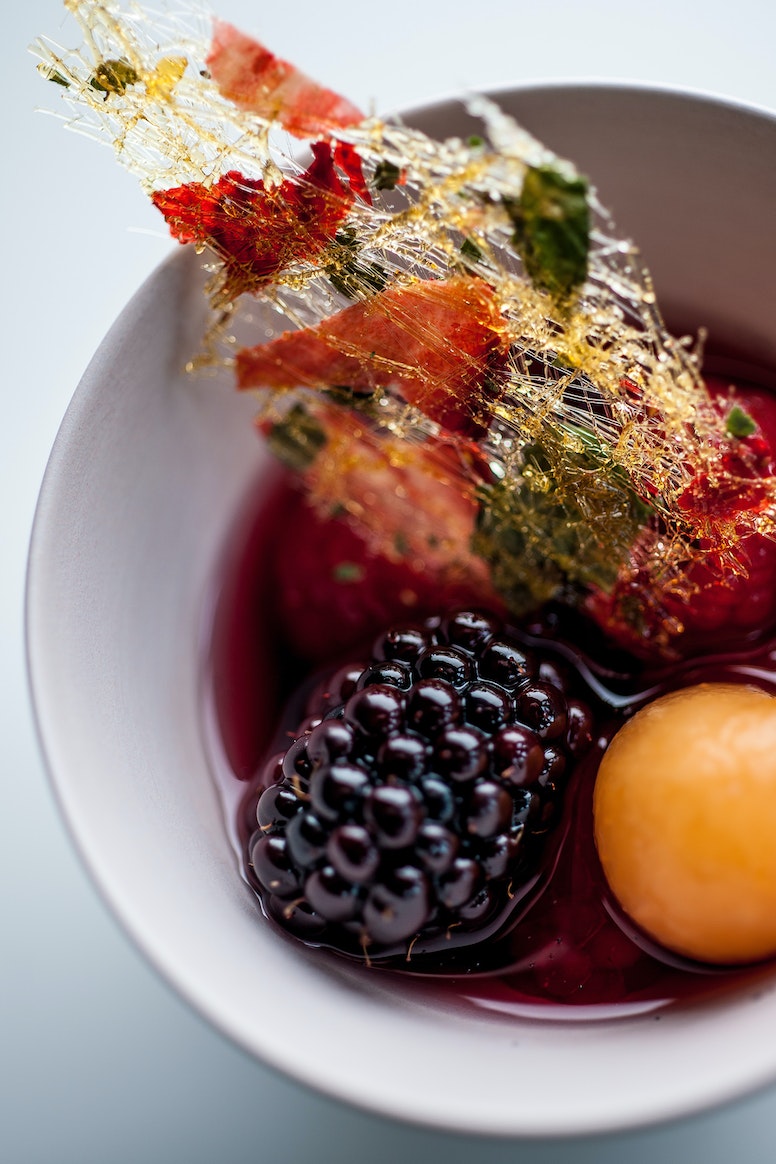 Here he shares his plans to establish an orchard and vineyard at Le Manoir, and why he owes everything he has to his parents.

That is a tough question to start! I have wonderful memories of my childhood in Besançon
in France of course, so the Franche Comté region is forever close to my heart. I also love the South of France. I am lucky to spend time there for holidays – I love the markets, the food and wine and the sunshine. However, I do love Oxfordshire and it is my home – the green countryside, the space and my wonderful Le Manoir!

I love to travel and have been lucky that my work has allowed me to go to some wonderful places. I loved Australia and would like to go back when I can. My last trip was in 2019 to attend the Curated Plate Festival and I stayed on after to visit Bruno Loubet, who has returned to live in Queensland. But the place I totally switch off and relax is Thailand. I go to a beautiful spa resort called Chiva Som. I turn my phone off – in fact, mobile phones are banned – and I re-charge with yoga and meditation.

My cashmere scarf – for the early mornings and the late evenings!

I have had some very proud moments, including singing La Marseillaise with the wonderful Queen Mother here at Le Manoir. I also invited HRH The Prince of Wales to visit when we finished our Heritage Garden – that was a very proud day. But I think receiving the Légion d’Honneur in 2013 was one of the proudest achievements for me.

Oh I have many! My team will laugh at that question! One of the projects I am working on now is developing the orchards here at Le Manoir and creating a wonderful vineyard just alongside it. We have a wonderful relationship with Hundred Hills vineyard just close to us and they are helping me, alongside some other wonderful friends, Xavier Guillaume, to develop this.

In the orchard, we are also waiting for our bee village and then having chickens. Developing this area has taken several years and it will be wonderful when we have all we have wanted in this space.

Well, I would say my parents, of course. They taught me from a very young age about provenance – we worked hard to grow our own produce in our garden; my papa taught me to forage, to plant, to nurture and then to help collect the produce when it was ready. Then my mum would work her magic in the kitchen for us all. It has stuck with me always and I have always shared my thoughts on the importance of seasonality. My mum has been my inspiration and taught me how to cook – I have shared her wisdom through the years to everyone who I work with.

I would like to have a big home in the south of France to welcome all my family and friends to stay so we can enjoy time together.

I’m enjoying How To Be Good by Nick Hornby.

I don’t really watch much television as I just don’t have time, but I do tune in to the football and the rugby or get them on catch up.

I am afraid I haven’t binge-watched. I enjoy watching Countryfile if I can and of course Top Gear now and then.

Top podcast of the moment?

I really enjoy podcasts when I listen to them – I have done some really lovely ones too with Holly Rubenstein and also Gardeners’ World. I enjoy listening to the Gardeners’ World ones; it is always interesting to hear what people are doing, what they think and how they work.

I think this is really the same as my inspiration – I would say my maman.

If you were an animal, what would you be?

Oh my goodness – I do not know! A Gallic rooster?!

There is no worst job as I have always embraced any task that I have done, from being a waiter to pot wash. No job is not worth doing well.

I have many dishes I love to cook, but also sometimes I just like to keep it very simple when I get home after a full day in the office/kitchen. A soup with crusty fresh bread in the winter is a wonderful dinner. 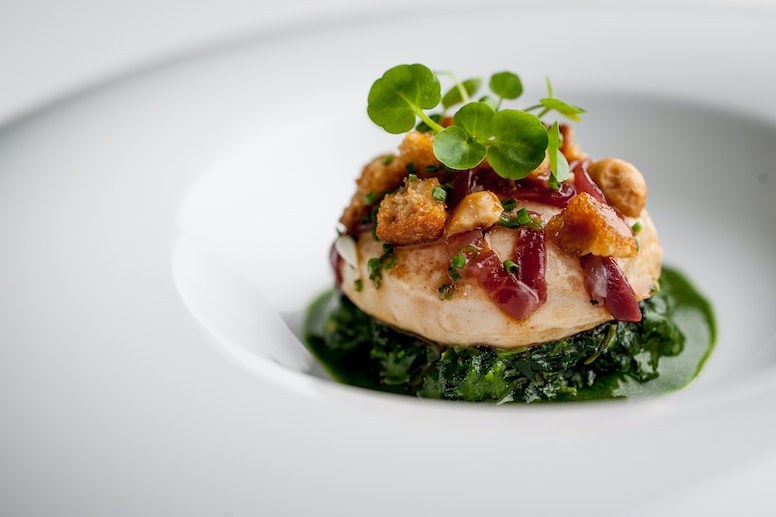 Actually, as I have been talking about the South of France, it reminds me of one of my favourite places: the food market at Sanary-sur-Mer, where there are stalls selling beautiful slow-cooked squid, bouillabaise, bourride, country bread, olives, tapenade and other picnic foods. You can buy these as a takeaway, or eat similar dishes in cafes and bistros surrounding the square. Simple yet wonderful.

What tune always makes you want to dance?

I don’t dance I’m afraid, but I love live music. I am a great fan of Robert Plant, The Rolling Stones……

Most useful thing on your desk?

My glasses! I have many pairs as I put them down wherever I go and always lose them!

Le Manoir aux Quat'Saisons of course! It is truly beautiful – the stone, the windows, the feeling as soon as you walk in the door. I fell in love with it the minute I saw it nearly forty years ago.

I don’t have favourites but I enjoy seeing my colleagues and what they are doing – it’s a great way to stay connected. I also love to follow friends, especially when they are travelling. 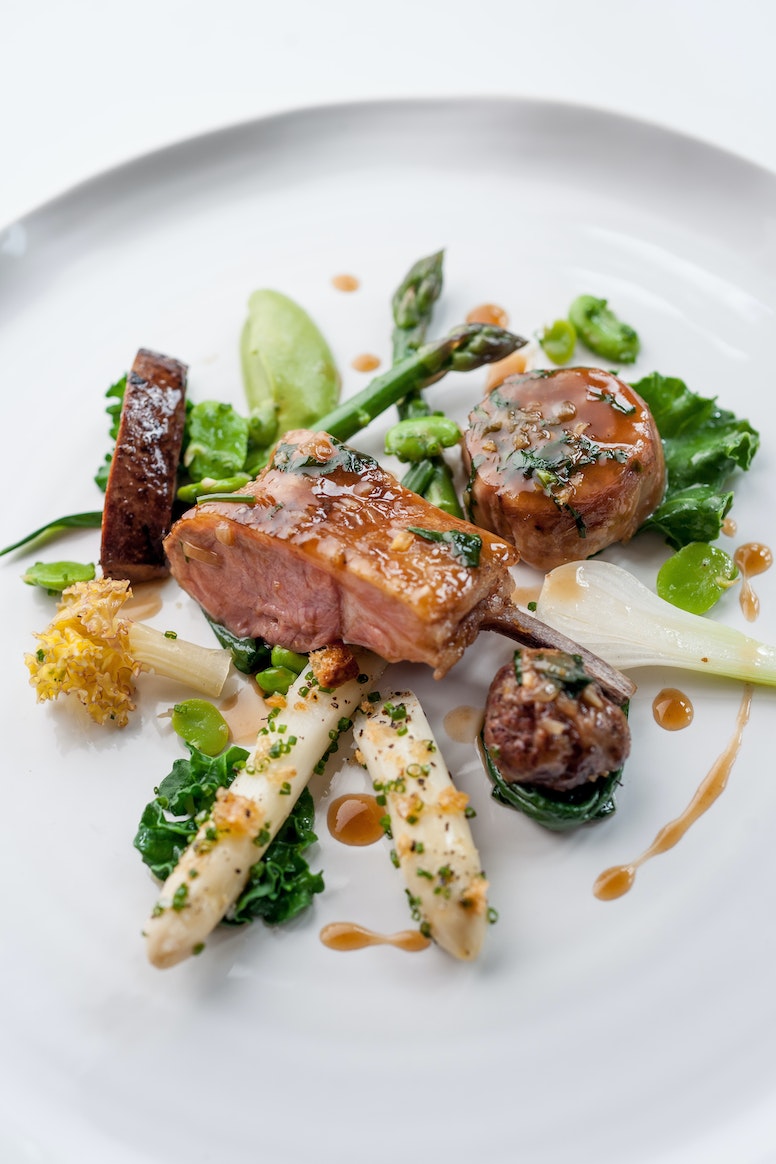 What would your biography be called?

Well the title for my current book, Simply Raymond, is one of my favourites – it has recipes that I wanted to share that are seasonal, simple and delicious, not fussy or complicated, which is like me! So, a title like that is perfect.

We really can’t wait for these ones to open.

Kitchen Confidential: The Rise and Rise Of Richard Corrigan

The legendary chef reflects on his life in food, from hard living in the Netherlands to gathering stars.

The co-chef-patron at Caractère hails from a famous and fearsomely talented fine dining dynasty. It’s a good job she’s inherited the culinary genius gene, then. 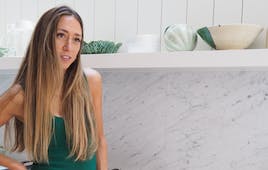 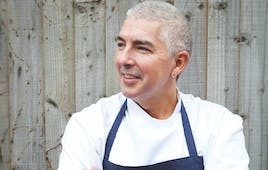 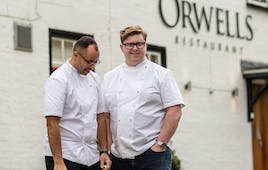