Olly Smith is a multi award-winning wine expert, TV personality, author and columnist. His finely tuned taste buds, boundless knowledge and infectious enthusiasm know no bounds. He is the wine columnist for The Mail on Sunday; a regular wine expert on BBC1’s Saturday Kitchen; presenter on BBC Radio 2; and host of his own drinks podcast, A Glass With, featuring a dazzling array of celebrity guests.

He has been named International Wine and Spirits Communicator of the Year, Drinks Writer of the Year at the 2017 & 2016 Great British Food Awards and UK ambassador for the Food is Great campaign to China.

Olly is listed in Debretts as one of the 500 most influential people in the UK. He is the celebrity Drinks Ambassador for the Ideal Home Show and appears at his own series of Three Wine Men events taking wine tasting on tour. Olly presents Ale Trails for Food Network and Travel Channel and his new drinks series with Warner Bros takes him around the world exploring the history of How Beer Changed the World. With the award-winning chain of Glass House wine bars aboard P&O Cruises featuring his own meticulously curated wine list, author of 4 books, a successful wine app and his own range of glassware, the only thing Olly is more enthusiastic about than a glass of wine, is sharing it.

And in the spirit of sharing, he takes us on a tour of his online world and tells us how he’s never happier than staring at big waves, why an old oak tree in Sussex is his most contant view, and how he became friends with Roger Moore via a video post online. His latest book, Fizz: 80 cocktails and mocktails for every occasion is out now.

My favourite website… I’m a big fan of second-hand records, so I spend a fair amount of time surfing the opportunities on Discogs.com. I’m also fascinated by horology and watches, so probably my favourite website is Hodinkee.com but I also adore Blackbough.co.uk, whose founder, Alex Barter, knows as much about watches as I do about wine! And his shop has a bunch of beautiful ideas for gift inspiration. 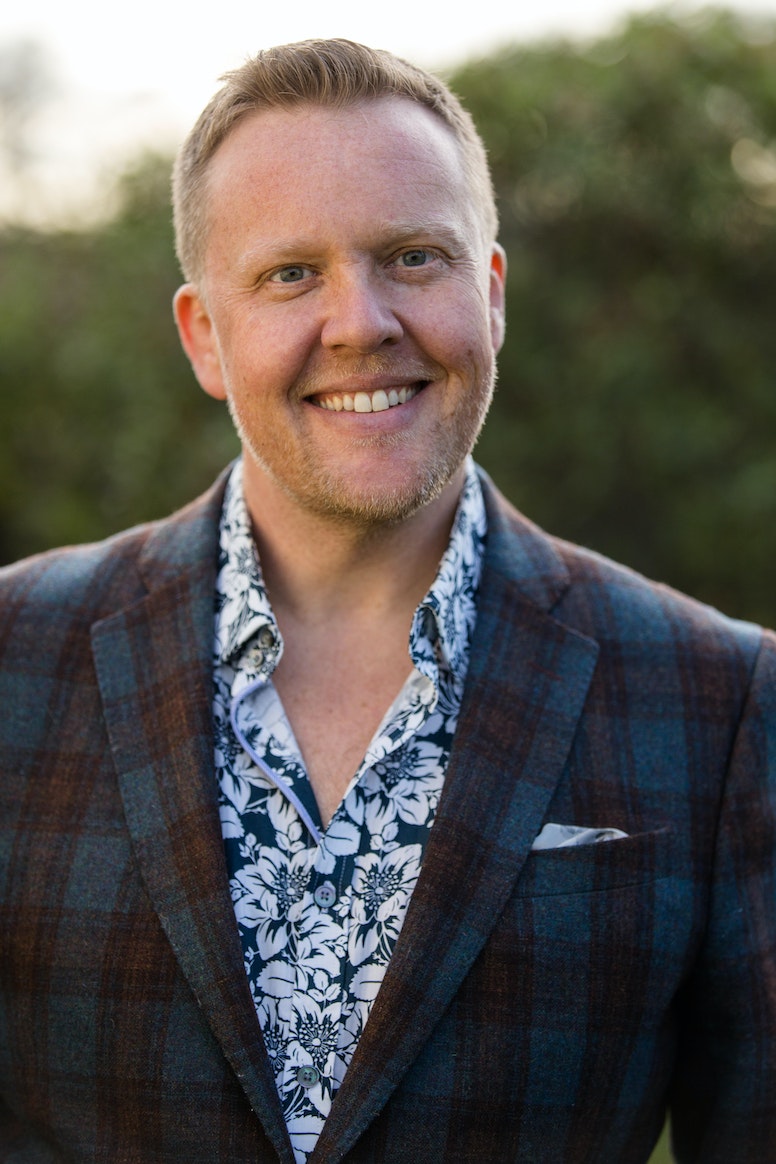 My favourite app… I used to deploy Instagram almost as regularly as drawing breath which is a habit I’m currently correcting. When there’s a cricket match on I’ve always got the BBC iPlayer Radio app open with Five Live Sports Extra crooning to my cortex. I also used the England Cricket Board official ECB app to follow every ball but the recent redesign is a howler and leaves me as baffled as a limpet on a chairlift.

My favourite blog… I love Fiona Beckett’s matchingfoodandwine.com. If you’re into food and drink there’s usually something to inspire.

My internet hero… Aaron Lee Tasjan - My favourite musician and I discovered him online via my sound technician friend, Phil Nockles. I’ve since seen Aaron on tour in London and when he plays live, he is a force from the very centre of The Sphere of Splendour, plus he has easily the greatest Instagram feed of all time - his music makes me thrilled to be a full-time member of the human race. Check out Silver Tears and Karma for Cheap, two albums to change your life in both the toe-tapping and mind-tickling departments.

My favourite podcasts... Well I’d have to say A Glass With because it’s the one that I host. I’ve shared a glass with P!NK, Sam Neill, Sir Michael Parkinson, Dawn French and Sting, and it’s more or less chinwagging over a glass of something scrumptious. Tune in and join us.

My most recent buy online… Iggy Pop’s latest album, Free. I think I may even have nailed down some sort of lurid special edition. His previous album Post Pop Depression led me to his phenomenal Albert Hall gig. If I could worship the Lord Iggy and none other, I would. Dignity of course prevents such silliness. 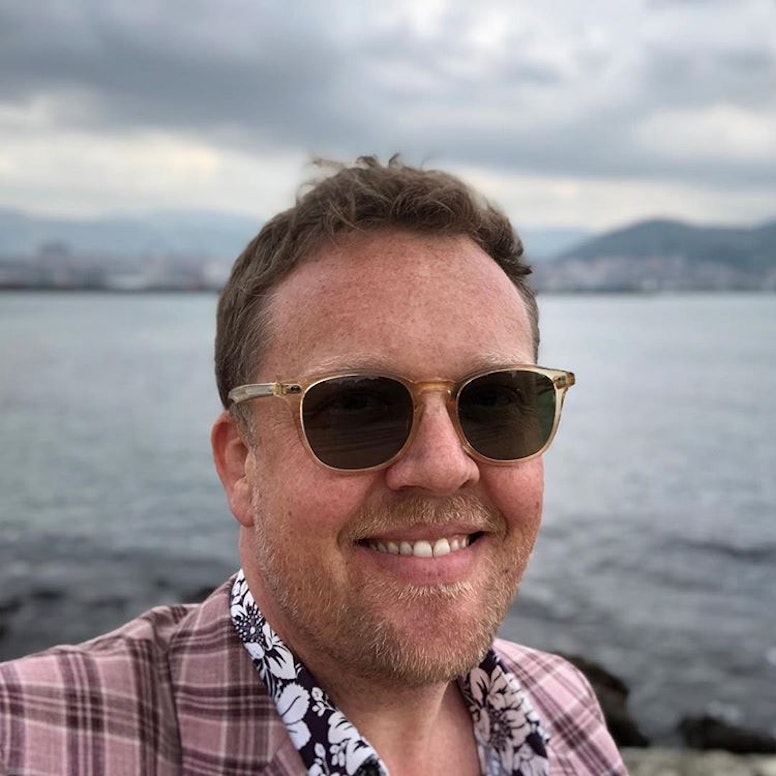 Book just downloaded/ read... Three on the go, King of Clubs by Ben Schott, Wilding by Isabella Tree and I’ve just cracked into Robert Harris’s latest The Second Sleep. I often dip into poetry, anything from Derek Walcott to John Clare and for consistency and impeccability among my favourite authors is Ben McIntyre - if you haven’t already ready The Spy and The Traitor I warmly recommend it.

Favourite instagrammer… Aside from Aaron Lee Tasjan, I love @BoyandBear, a top Aussie band. They’re mates of mine whose Insta feed always makes me chuckle. But I’d have to say my main Instagram thrills come from watching the ocean and especially big wave surfing so @bigwavestour it is.

Social media allowed me to meet… Hoards! Roger Moore was a great friend and we first met years ago through an online posting of an animation called Sir Roger Moore’s Requiem, not sure if it’s still up there or not. It resulted in a trip to Monte Carlo to meet up and I never looked back. He was among the kindest, warmest and funniest people I’ve ever met and I miss him very much.

The best digital advice I've been given... I’m not sure I’ve ever been given any! Offers gladly received.

My screensaver… My favourite tree. It’s an old oak in Sussex.

Standout online memory... Reading the headline the day after the referendum on whether Britain should stay or leave the EU.

My pet hate online is... Swearing.

You can’t be out with your drinking buddies for a while, so tune into these drinks podcasts instead.

The UK’s most enthusiastic oenophile spills his secrets for furnishing festive cellars.

Elevate your festive imbibing with this crop of showstopping carafes and decanters.

Toast in Christmas with our top five winter cocktail recipes. 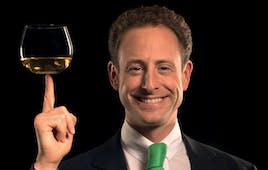 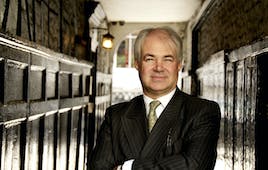 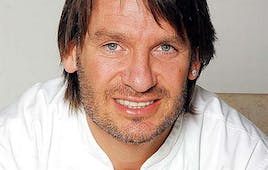 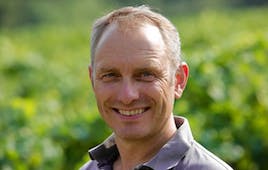