Laurence Llewelyn-Bowen found fame as an interior stylist in the 1990s, when he appeared as a regular guest decorator on the BBC’s unforgettable Changing Rooms show. The flamboyance of his character – underscored by his flowing locks and his legendary billowing punk-meets-Restoration wardrobe – and the unswerving opulence of the rooms he created catapulted him instantly to stardom.

Having studied at Camberwell School of Arts and Crafts and started his own design consultancy in 1989, his style has remained broadly loyal to his first love: that of Hollywood Regency. But in truth, it is the sense of every moment spent with him being an absolute riot that has ensured his longevity. He has said of himself that as a child, he was ‘nauseatingly precocious, a real Little Lord Fauntleroy type: 'Mummy, is that really a genuine George II, that's simply divine!' My brother and sister were far more down to earth. They'd be dropped off at an adventure playground with money to go to McDonald's while I was taken to a church to admire funeral hatchments.’ He was never going to be an advocate of magnolia walls or shades of beige.

As well as Changing Rooms, he has appeared on ITV’s House Gift, and as a judge on the reality talent show, Popstar to Operastar, with Meatloaf and Katherine Jenkins. Alongside his wife, Jackie, he lays claim to the accolade of being half of the celebrity couple to have made it furthest on Who Wants to Be a Millionaire, right up to the £1m question – twice. Perhaps the experience gave him a taste for working with his family; the whole Llewelyn-Bowen clan have since had a star turn on the Living TV series, To the Manor Bowen. Today he divides his time between the Cotswolds and Asia and Australia, where he has garnered a huge and devoted following.

We caught up with Laurence as he unveils a collaboration with Aspire. ‘The Mayfair Lady’ is vintage Llewelyn-Bowen, taking inspiration from Hollywood Regency and paying homage to one of his all-time heroes: Cecil Beaton. He says: ‘Aspire have allowed me to indulge my passion for glamourous, voluptuous design. I love the fact that the designs I’ve evolved so lovingly are skillfully made by hand, using the traditional British methods which guarantee unparalleled quality and comfort. As a young and dynamic company, Aspire has already begun to spark something of a boutique manufacturing renaissance in the North East, and it gives me huge pride to see these designs brought to life in the UK.’

Here he shows us round his web of intrigue, sharing the websites he couldn’t live without and why he is so ahead of the game that he finds himself already post podcast.

That would be www.sellingantiques.com. I love to use antiques, and this website has really revolutionised my ability to find the right kind of things. It has a very eclectic base and it’s where I get a lot of my Hollywood Regency stuff because they have contacts in America and Australia which is where that style was so popular in the 1960s. 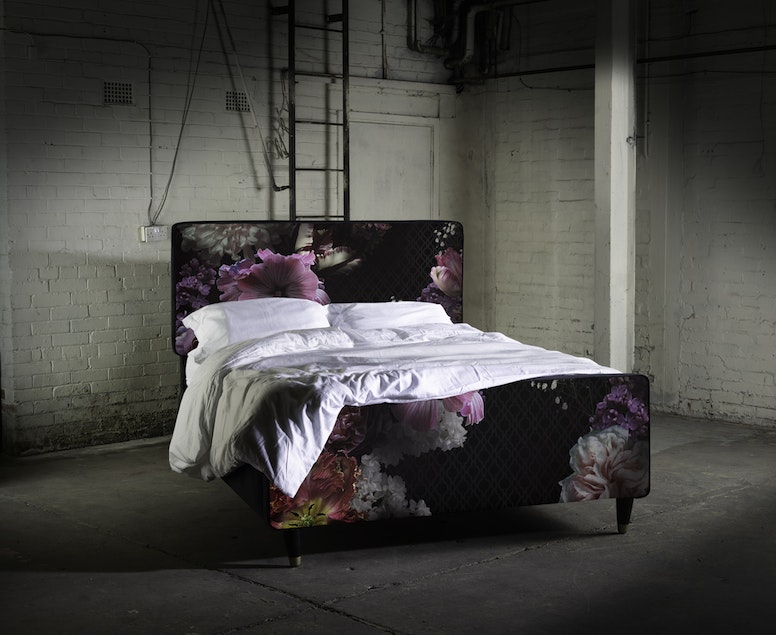 I don’t tend to use apps that much. Because I fly so much, most of my life is dominated by the Emirates or Virgin Apps! I, of course, use the internet a lot, but for me, apps are a much more a mechanical thing.

I really, really enjoy Wendy Morrisson’s blog. She’s a Scottish based designer who specialises in fabulous, hand-cut work that she has made in Asia. She has a great sense of style and has been one of the real Hollywood Regency pioneers.

I really like Ashley Hicks and I’ve always been a huge devotee of his father, David Hicks. I actually interviewed him a few years ago for a radio show. I really like the way the he uses the internet in a very quirky, very British way that’s cheeky and eclectic, but is also all about the real understanding and intellect of interior design.

Podcasts are something I’ve not done yet, and that’s a lot do with the fact that I’m travelling so much. I think most people use podcasts when they’re travelling on a train, and I tend to be on a plane where I prefer to read. In fact one of the big problems I always have is with excess luggage because of the weight of them. I only buy hardback books as well because where I am now in Malaysia – for example – it’s very tropical and therefore a difficult place to keep books, so you need a hardback if it’s going to survive! So I suppose I’m already on to the next phase of podcasts, which is back to books!

That’s a difficult one because I’m doing it the whole time. I believe it was this morning. I bought a pair of Hollywood Regency wall lights for home from sellingantiques.com which I’m very excited about. They’re beautiful, fulsome bits of tropical foliage emerging from baskets. So I’m thinking of all sorts of ways of integrating them into the home design scheme.

I just finished a great book called Diableries by Brian May. Incredibly, it’s about a trend in 1870s in France for making microscopic images of hell and in this book, May connects them. So it’s the most bizarre thing but it’s fascinating and I thoroughly recommend it.

I don’t use Twitter anything like as much as I use Instagram, because Instagram is much more visual. There’s a company called Mr Mortimer’s Wife who make the most beautiful baroque, mostly bridal crowns, but they do a lot of other bits and pieces as well, and it’s my ambition to get them to make me a chandelier. I want to see whether I can get them to move away from smaller pieces and actually do something large for an interior.

I do often find that I meet someone and I’ve been following them on social media. I was talking to Daisy Ridley the other day and suddenly realised that I knew an astonishing amount about her because I follow her on social. The problem with social media now is that it turns everyone into a stalker. You find yourself saying, ‘Ooh yes, well I saw you were eating at Langan’s Brasserie the other day.’ You’re absorbed so far in the details of their life that you’ve got to hold yourself back a bit otherwise it becomes a bit creepy.

In social media terms, I like to make sure that nothing I post is about opinion. I think one of things that has been really tricky over the past couple of years, particularly with Twitter, is that it’s become about opinion rather than conversation, and has therefore become quite weaponised. I think that has weakened people because they think they can get away with being braver with what they say on social media because it’s faceless. My posts are always about things I think are moving or lovely looking, or simply things I think people might enjoy. That’s what I believe social media should be about rather than these extraordinary rants people get sucked into, with threads that go on forever about ‘what’s wrong’. I think that has a lot to do with why I like Instagram more– I find it a softer, gentler, kinder place generally speaking. It’s much more about the way things look, a place where bunnies are soft and fluffy!

On my phone it’s a painting of Mercury, which will surprise absolutely nobody. I was filming at the stately home of an Italian painter a couple of years ago. The reason I’ve got it is that I always get my telephone cases from EXOvault in America who do these lovely brass cases (which obviously makes my phone very heavy) but the painting co-ordinates very well with it. I’m sure my wife, children and grandson are all very disappointed that it’s not a picture of them as my screensaver. Instead I’ve got a picture of something purely because it was the right colour, shape and size which, again, will surprise absolutely no one!

I like to think that I use social media and the internet very specifically for what I do. I don’t tend to use it socially or to talk to friends or family, it’s always very much a resource – but a resource I really enjoy – for the work that I do. For gleaning information and my knowledge of things. So I’m quite unemotional about social media and the internet, which I think is a good tip actually. For me it’s a library, not a meeting place.

Invest in the timeless and achingly stylish pieces that fickle fashions will never touch.

How To Master The Art of Tablescaping

Put some va va voom into the way you lay your table with these stunning sites.

Many of our ancient crafts are currently in danger of being lost forever. These sites help you do your part to save them. 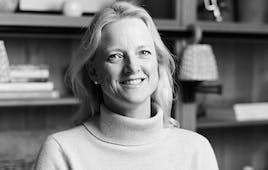 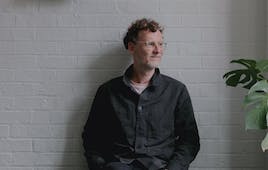 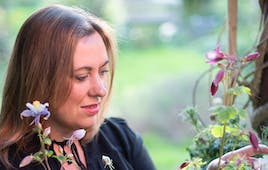 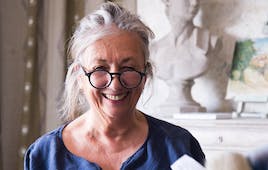