We caught up with director, writer and producer, Kinvara Balfour, who frequently speaks at conferences around the world on the subjects of tech, trends, film, fashion and the zeitgeist. Her series for Apple, ‘Fashion in Conversation at the Apple Store’, is available to an audience of over 900 million on iTunes.

Kinvara has just launched her iPhone series THE VISIONARIES, an exclusive series of mini-films for the insta generation shot solely with iPhone which features the key visionaries of the world: those human beings who see and do things differently. Stars of the series include shoe designer Manolo Blahnik, social media star Josh Ostrovsky aka @TheFatJewish, Soho House founder Nick Jones, set designer Es Devlin and Oscar-nominated composer Dustin O'Halloran.

Here, the tech superwoman talks about working with the hilarious @TheFatJewish, why she rarely listens to podcasts and speaking alongside Sir Tim Berners Lee.

My favourite website… SHOWstudio.com - 'The home of fashion film' and one which comes out of Britain, which I think is important and noteworthy. It’s a huge source of inspiration to me. The work that Nick Knight and his team of collaborators and creators consistently and persistently push the boundaries, and their effect trickles down to every area of music, fashion, art and culture. Nick is one of the image-makers and game-changers I interviewed for my Apple series and I am one of his greatest fans.

My favourite app… SWNG or ‘Swing’ - An app which lets you post photos that you move by touching the screen. I have acted as Senior Adviser to the platform and have loved my journey with it. It is founded by two brilliant British guys Tommy Stadlen and Fred Blackford, and Twitter Co-Founder Biz Stone is Chairman. It’s a great team and a brilliant product. Everyone I show it to gets addicted to it; once you use SWNG, you want to move and touch every photo you see on your phone and feel rather short-changed when you can't.

My blog of choice… my sister Xochi's blog, The Naturalista - She is the most amazing cook and her recipes are a) original b) YUMMY. The photography on the blog is also really special and warms my heart.

My internet hero… Sir Tim Berners Lee - I spoke at a conference where he was speaking last year in Zurich and his speech changed my life a little bit. He is humble, modest, clearly one of the cleverest people that ever lived, and he actually created THE WORLD WIDE WEB. He has driven global, historical, social change like no other human. He is truly a hero.

My favourite podcasts… I think I am the only person on the planet who listens to podcasts very rarely. My Apple talks series is available in podcast form on iTunes and has proven very popular; before that, I never realised how hot the concept of the podcast was. Personally, I prefer to watch something filmic if the option is there. Though I love to listen to the radio - Radio 2, Radio 4, and Radio 1 especially when it is Greg James or Peter Tong.

My most recent buy online… a beautiful grey wool coat by Alexander McQueen from MATCHESFASHION.COM - The kind of coat you plan to wear through winters for a decade and more. I am Executive Producer on ‘McQueen’, a new feature documentary about Lee Alexander McQueen and a huge fan of the brand.

Book just downloaded/ read… I just finished reading Ready Player One by Ernest Cline - The story is set in a dystopian 2044 and follows protagonist Wade Watts on his search for an Easter egg in a virtual reality world. Steven Spielberg bought the film rights and is currently making the movie. It’s a project that everyone is talking about right now in Hollywood.

Social media allowed me to meet… Josh Ostrovsky aka @TheFatJewish who I followed avidly before I met him; he now appears in my new iPhone film series ‘The Visionaries’ and was a complete star to film. His wit and wisdom go far beyond that of an Instagram feed. He’s a genius, and a hilarious one at that. I am so glad that I get to share that through my film.

Most worthwhile newsletter subscribed to… used to be DailyCandy.com, a company founded by a brilliant lady in USA called Dany Levy, who very kindly invited me to launch the edition in London in 2004. It was one of the best and most rewarding jobs I have ever had, with a team of people whose wit and creativity blew me away every day. The company was the first of the e-publication newsletters in the world and was famously bought by Comcast. Sadly Comcast lost site of its core product and shut it down after two years. Our 4 million+ subscribers were devastated. I miss writing that DailyCandy email every day.

Pet hate about life online… The slight fake glossiness of it all: the photos of people seemingly living a gilded life devoid of poverty, heartbreak, illness and sadness, which we categorically know is not reality. I don’t wish any of that upon anyone, but it’s a part of life. A part which is so rarely represented on the internet, on social media, in people’s photos, that if you grew up in this era and this era only, you might think that staying at home and watching telly in your pyjamas was something to be ashamed of. I think that is sad, if not a little dangerous. To the adults of the world: let your children know that it’s ok to live a life without yachts, holidays and designer clothing. And that the majority of people do.

Stand out online memory… Discovering a host of Alexander McQueen fashion shows on YouTube when it first launched, and watching them for hours, and showing them to a couple of gentlemen friends one evening also and seeing their faces and their reactions, and realising how inclusive the internet is, and how powerful. These men had never seen a fashion show before, let alone a McQueen one. They were blown away. Fashion shows, news stories, personal experiences - whatever is on the internet, they are shared and available to everyone; inclusive rather than exclusive, and that is the basis of a lot of my work. To include, rather than exclude. I passionately believe that the internet is for everyone. And now.

Even the world’s greatest art institutions need to innovate to keep up with today’s world. Here, we describe the Royal Academy’s brilliant new way of doing so. 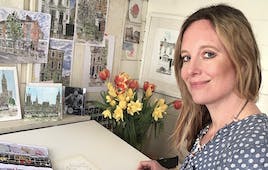 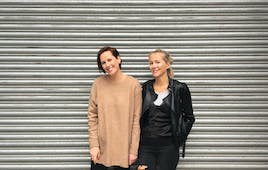 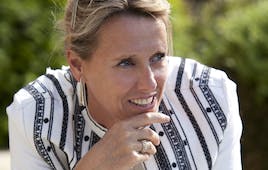 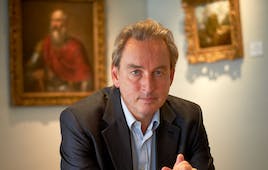