The founder of One Roof Social is a beacon of knowledge when it comes to social media and all things online.

Anna Hart has had a successful career in digital marketing consultancy, working for luxury publishers, investment managers and eCommerce retailers in the UK and Europe. Since setting up One Roof Social in 2016 Anna specialises in driving social media and influencer campaigns with impactful results; focusing on ROI metrics and analysis. Anna is lending her expertise to our Awards this year, as she joins the judging panel.

See what she says about her online life; it’s everything you’d expect and more.

My favourite website… Can I say my own? I really enjoy the work we’re doing at One Roof Social; we publish weekly updates on social media and influencer/creator best practice. Other than that my search bar rotates between "net….flix" and “net…a-porter” depending on how flush I’m feeling.

My favourite apps… The ones I use most are probably Uber and Instagram, as they’re the ones most used for work for various reasons. A really useful app I’ve found recently is a Sainsbury's venture called Chop Chop. It delivers food to you within the hour and is brilliant when you forget that one thing at the supermarket.

My blog of choice… I actually don’t really read blogs outside of work as I just find myself slipping into work mode. I really enjoy quality travel photography though so read blogs by Lucy Williams (Fashion Me Now), Lucy Laucht (These Foreign Lands) and Claire Menary (iswas London) if I’m looking for inspiration.

My internet hero… I should have a super intellectual answer and give you someone really awe inspiring but actually I’m just a sucker for anything with a wicked sense of humour. I find people like David Walliams, Christy Teigen and James Blunt amazing on Twitter. The platform gets lost a bit behind pictorial sites but I really love it.

My favourite podcasts... Now this is hard as a few of my friends make podcasts and I know I’ll forget someone. Pandora and Dolly’s podcast The High Low is obviously great and I think really opened influencers' eyes to the possibilities of having a podcast as a huge wave of them started once theirs got going. I recently met Venetia Falconer at a brand event and have been listening to her podcast Talking Tastebuds ever since. Ooh and discovering that the entire back catalogue of Desert Island Discs is available as a podcast really was a good day - Michael Buble and Angela Hartnett’s are my favourite.

My most recent buy online… The Net A Porter sale got a solid hit from me, although lots of it went back as I clearly lost my mind as most of the stuff wasn’t even close to my size. Apart from that, it’s probably dog food, as it’s so much cheaper in bulk from Amazon.

Book just downloaded/ read… I’ve just finished ‘Mythos’ by Stephen Fry, which the geek in me really enjoyed. However it was a bit of a cheat as I downloaded the audio book. He narrates it and his voice is just so calming; I spent years as a kid listening to the Harry Potter books he did.

Favourite tweeter… Oops already said a few, if I had to pick one it’d be the 'real John Lewis' - A man with the same name as the department store who politely replied to everyone’s customer queries for months before the retailer rescued him!

Favourite instagrammer… I can’t just choose one! There’s some serious talent beyond the outfit posting; people are doing some really cool stuff on the platform. I like following people I’ll learn something from; artists, teachers, scientists. That said, sometimes a little bit of silly humour is best. @gemmareacts is just memes of Gemma from TOWIE and @asbos_sos is an account dedicated to random products found on ASOS with hilariously witty one liners. Whoever started those deserves a knighthood.

Social media allowed me to meet… Some of my best and closest friends. Oprah liked my tweet once, and Melissa Joan Hart follows me on Twitter. If those aren’t career breaks I may as well just give up.

Most worthwhile newsletter subscribed to… I unsubscribed from everything after GDPR, bliss.

Pet hate about life online… Getting used to being recognised and always at the most inconvenient times. I try to be super polite but I find it so weird and awkward I never know what to do. I freeze. Once I was in my pyjamas in Nisa buying emergency Lucozade after a big night. I was mildly miffed I even resembled my normal self to be honest.

Stand out online memory… When the first piece of news broke on Twitter; the plane landing on the Hudson.

The moment the sun is out, you see these woven basket bags and clutches all over the fashion pack.

Lucy is set free among Modafirma's collection of fashion for spring/summer. Time to dream when lockdown will be a distant memory. 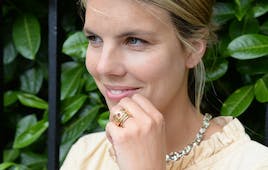 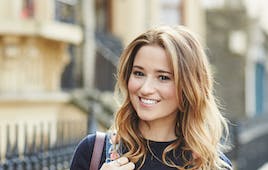 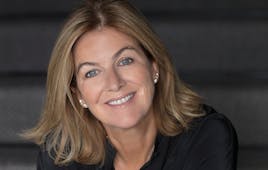 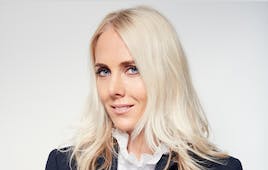