We doff our caps to the most creative milliners in the UK.

T’was a time when it didn’t do to go out hatless into society. Such sartorially civilised times may now be behind us, but there is still nothing quite like a good piece of millinery to really elevate an outfit – whether formal or fashion forward. From HM The Queen to Boy George, Winston Churchill to Lady Gaga; these are the milliners that neither rock stars nor royalty, models nor fashion mavens would be without. We happen to be mad as hatters about them too.


One cannot kick off any list of top British hat designers without eulogising the phenomenal talent of Philip Treacy. Indeed, Vogue called him ‘perhaps the greatest living milliner’, and he is as popular with European aristocrats as he is with British royalty. And yet, as well as adorning the heads of queens, princesses and duchesses, he is also revered in fashion circles, too; in 2000, he was the first hat designer in 80 years to be invited to exhibit at the Paris haute couture fashions shows. Both the V&A and the Met in New York have staged exhibitions dedicated to his work, and he was famously mentored by the late Isabella Blow. His hats have been worn by everyone from The Queen to Lady Gaga and Sarah Jessica Parker – and you, should you patronise his website here.


House of Flora’s hats are pure works of art. Made by milliner and accessories designer, Flora McLean, who also teaches footwear, fashion accessories and millinery at The Royal College of Art, her work featured at the Stephen Jones-curated Anthology of Hats at the V&A, as regularly graces the pages glossy style bibles. We love her avant-garde chapeaux, which feature materials such as PVC, leather and Perspex (at art school she was nicknamed Plastic Fantastic), frequently made for haute couture designers. Influenced by the Surrealism, Bauhaus and Constructivism movements, her extraordinary creations have been worn by the likes of Beyoncé and Kate Moss. We couldn’t adore her more. Visit her website here.


‘Milliner to rock stars and royalty alike’ goes Jess Collett’s Instagram bio. Indeed, there is a great big dash of fun to everything Jess creates in her Notting Hill studio and she does an excellent line in insouciantly cool trilbies which beg to dipped below one eye in the manner that would have Carly Simon writing songs about them. A trip to her studio is like entering a creative fantasy land. No wonder Pippa Middleton is a fan – as are we. Visit her website here.


When the newly qualified St Martins graduate Stephen Jones opened his first store in Covent Garden in 1980, it fast became a destination. The likes of Princess Diana and Boy George flocked, his designs giving the sometimes-staid world of millinery a sharp, revitalising injection – both of cool and of artistry. Forty years on from those days, his designs continue to be sought out by everyone from Rihanna to Mick Jagger to royalty. His creations transcend, then, any social divide. His collaborations with fashion designers span Vivienne Westwood to Thom Browne to Christian Dior. As they say, ‘Now, as ever, at the forefront of fashion, his beguiling hats routinely grace the most celebrated magazine covers and enliven window displays of the world's most stylish stores. From runways to race-courses, from pop-promos to royal garden parties, millinery by Stephen Jones adds the exclamation mark to every fashion statement.’ Visit his website here.


Another milliner with a penchant for playful creations; another of Pippa Middleton’s favourites. We love Bundle MacLaren’s boldness and sense of fun – as do her many A-list clients. Visit her website here.


Royal Warrant holder Lock & Co is the oldest hatter in the world, having been established in 1676. Owning one of the St James-based milliner’s hats is akin to owning a slice of history – and you’ll be in fine company too; notable past customers include Oscar Wilde, Admiral Lord Nelson, Winston Churchill, Cecil Beaton, Charlie Chaplin, Laurence Olivier and, more recently, David Beckham. You just cannot argue with the skills passed down this many generations of hatters. Visit the website here.


Have you ever wondered where the Duchess of Cambridge gets her procession of elegant headpieces? The answer is – frequently, at least – courtesy of Jane Taylor Millinery, whose creations she wore to the christenings of both Prince George and Princess Charlotte. The Countess of Wessex is another fan, having exclusively modelled Taylor’s designs since 2009, including at William and Kate’s wedding. As well as her own atelier in central London, her hats are stocked at Fenwick, Harrods and Liberty. Or you can visit her website here.


From her rural HQ in Wiltshire, Vivien Sheriff creates magic. And, perhaps thanks to the rolling country fields that frame her studio, much of what she makes is inspired by the British countryside. Her works speaks of exquisite craftsmanship; expect feathers (no doubt inspired by the pheasants strutting about her immediate vicinity) and crystals to feature heavily. Visit her website here.


This multi award-winning milliner has garnered legions of high profile devotees, from Dita Von Teese to Lady Gaga. Having started her professional life as a fashion writer in Hong Kong, she finally decamped to London to pursue a long-held dream to make hats. It was a move that more than paid off; before long, the great Stephen Jones had singled her out for Headonism, a platform for the best up-and-coming millinery talent at London Fashion Week. She creates two seasonal couture collections each year, as well as being the head millinery design at Lock & Co. Visit her website here.

A snapshot of a pastoral life lived to perfection.

The milliner to the stars shares a few of the things she’s mad as a hatter for.

The London-based fashion brand launches its first philanthropic project this month, B. Cool B. Kind.

Finding a beautiful place to get wed is part of the thrill of being newly engaged. These are the destinations that we’re always delighted to receive an invitation to. 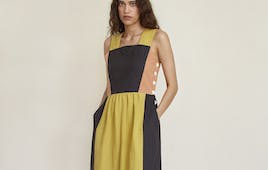 Hot Picks: The Best Of The Indie SS21 Collections 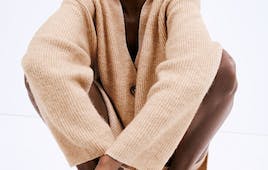 42 Toasty Knits To Gift Your Beloved 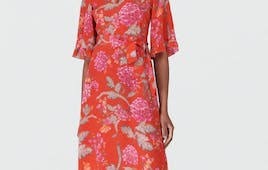 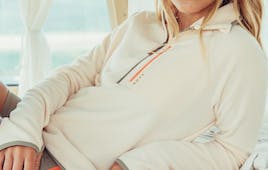