Choosing the perfect makeup brand can be tricky. Check out this review of the top 5 makeup brands in the UK that the Good Web Guide has prepared for you!

In 2020, the British beauty industry was worth £27 billion, making it the seventh largest cosmetics market in the world. That number is predicted to rise by a further £2bn in 2024 – proof, if we needed it, that consumers in the UK were not going to be put off their beauty stride by a mere pandemic. Whilst prestige brand sales fell in the first lockdown, they soon picked up again in 2021, as we all reached for those familiar treats that would pep us up through hard times.

Here we round up some of the very best makeup brands in the UK. 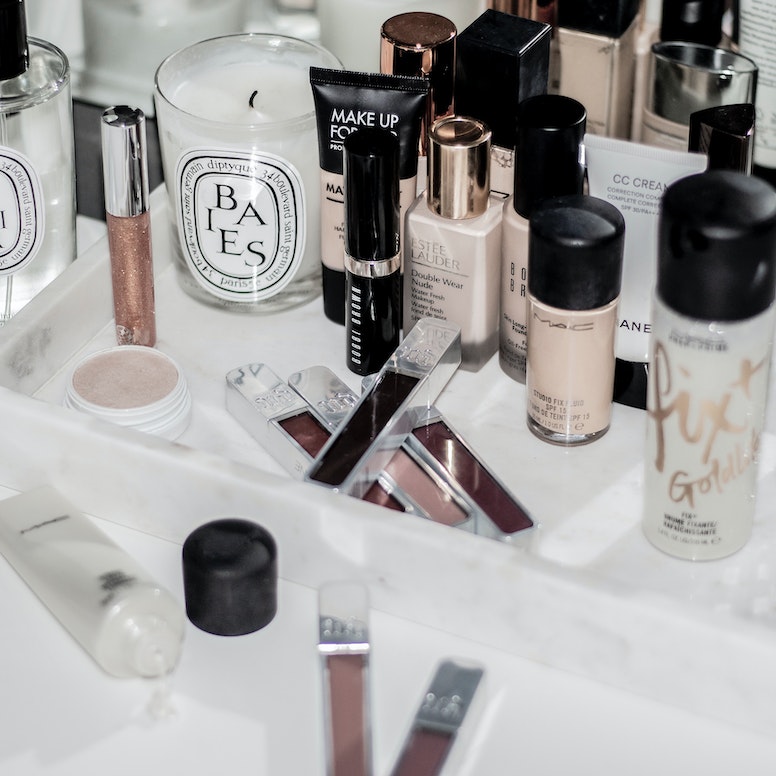 Beloved of beauty vloggers everywhere, Charlotte Tilbury’s British-made products are amongst the best you can buy. Not only that, but the user experience is excellent too, with on-model shots of every product enabling users to visualize its application properly. Tilbury herself remains one of the most significant make-up artists of a generation in the UK, and it is worth reminding ourselves that her eponymous brand only launched nine years ago in 2013, so routinely eulogized in the pages of glossy magazines is it that it already feels like a heritage brand, albeit an ultra-fresh one at that. Her Pillow Talk collection is universally flattering, her Beauty Light Wand is second-to-none when it comes to achieving luminosity, and her Charlotte’s Magic Cream is excellent for keeping skin hydrated and plumper-looking. In 2021, John Lewis reported Charlotte Tilbury Talk Push Up Lashes Mascara, Super Black was its bestseller across its entire beauty department. She is also, of course, the woman responsible for bringing the augmented reality ‘magic mirror’ to fruition. As they say, ‘Charlotte’s Magic Mirror has revolutionized and enhanced your shopping experience so that you can see what look suits you through the cutting edge digitally innovative virtual mirror. The world’s first full view interactive touchscreen where you can virtually experience each one of Charlotte’s signature ten looks!’ Undoubtedly one of the best UK makeup brands. Explore more here. 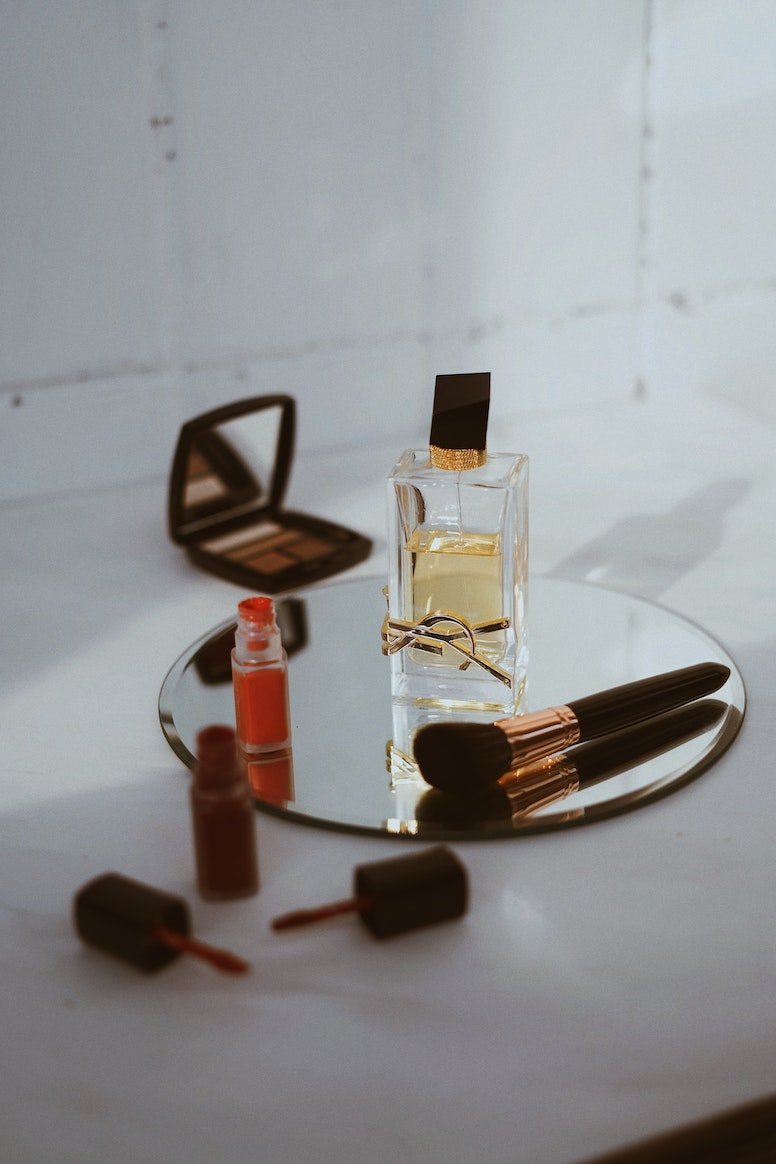 Clarins may be a French luxury skincare stalwart. It is, though, one of the UK’s very favorite premium beauty brands – and that’s all thanks to a masseur by the name of Jacques Courtin, who began making his own treatment oils and selling them from his salon in 1954. The name Clarins came from a character he had played at school, in fact, he deemed it so lucky a charm that he eventually even incorporated it into his own name, becoming Jacques Courtin-Clarins in 1978. Whether it was the name or just the excellent quality of the products, he wasn’t wrong to do so, by 1980, Clarins was the top-selling luxe skincare brand in France. A decade after that, it was top in the whole of Europe. We love the brand especially for having been ahead of the curve in stopping the practice of testing on animals (they did so in 1987, thus blazing a very important trail). But we also love the products. A perennial best-seller is the hand and nail treatment cream, which is a godsend through the chapped winter months. But our very own favorite must, of course, be a cult product, Beauty Flash Balm. The ultimate pick-me-up for tired skin, it’s a great multi-tasker and can be used in place of moisturizer, its miraculous effects deservedly earning plaudits from beauty editors the world over. Hungover, ill or tired, it will transform skin in the flash its name speaks of, hydrating and bestowing radiance thanks to the olive and witch hazel extract it contains, which blur fine lines, and the Bisabolol, which makes skin glow. It works well as a primer too. One of the best makeup brands in the UK. Explore the products here. 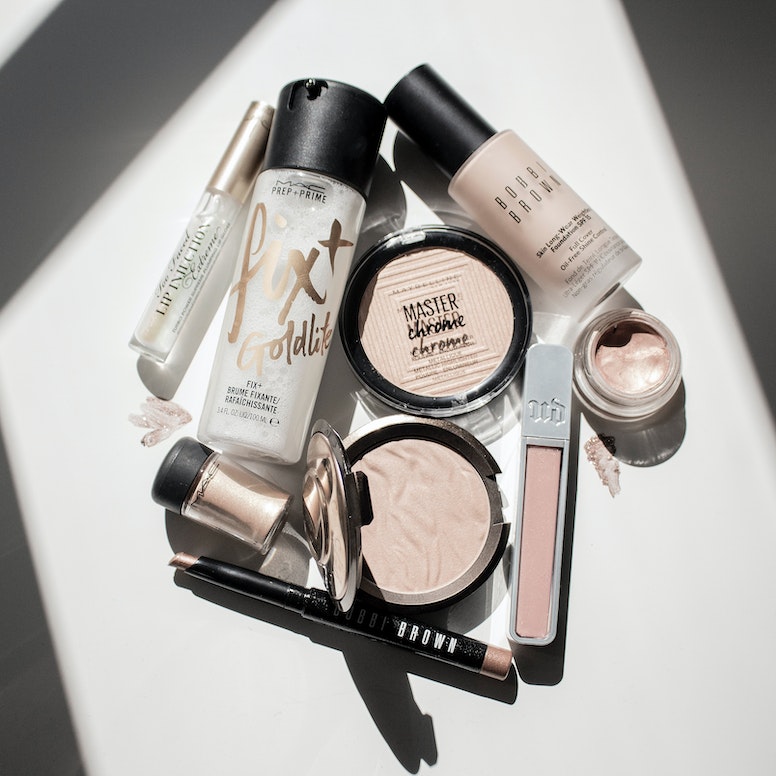 Another much-loved beauty house, another Parisian brand. The Algerian-born Yves Saint Laurent famously made his name in the world of couture. Indeed, no sooner has his eponymous brand been established in 1961 than he instantly went about revolutionizing women’s clothing by introducing an innovative gender-fluid approach to the garments he made. The iconic Le Smoking tuxedo, created in 1966, brought androgyny into the fashion limelight and rightly endures as an example of the way that, at its best, couture can be ground-breaking. But it wasn’t until 1978 that the beauty arm of YSL was imagined into existence. And, in step with his fashion house, it was never going to be an exercise in politely augmenting one’s natural look, instead, it was bold and it was statement-making, introducing intense colors and pigments that would empower the wearer to stand out rather than blend in. Today, YSL make-up is still associated with strong smoky eyes and high drama and for that look, we love the Luxurious Mascara For False Lash Effect. But no look at YSL’s beauty range could fail to mention the ultimate cult status product: Touche Éclat. Since its launch in 1992, it has remained a perennial staple of every beauty editor’s make-up bag – and for good reason. A concealer-highlighter hybrid, it deftly and simply adds light to the parts of the face it is most needed, perfect, then, for brightening eyes or even to dot around the mouth to create the illusion of fuller lips. YSL definitely deserves its place amongst the top 10 makeup brands in the UK. Explore the range here. 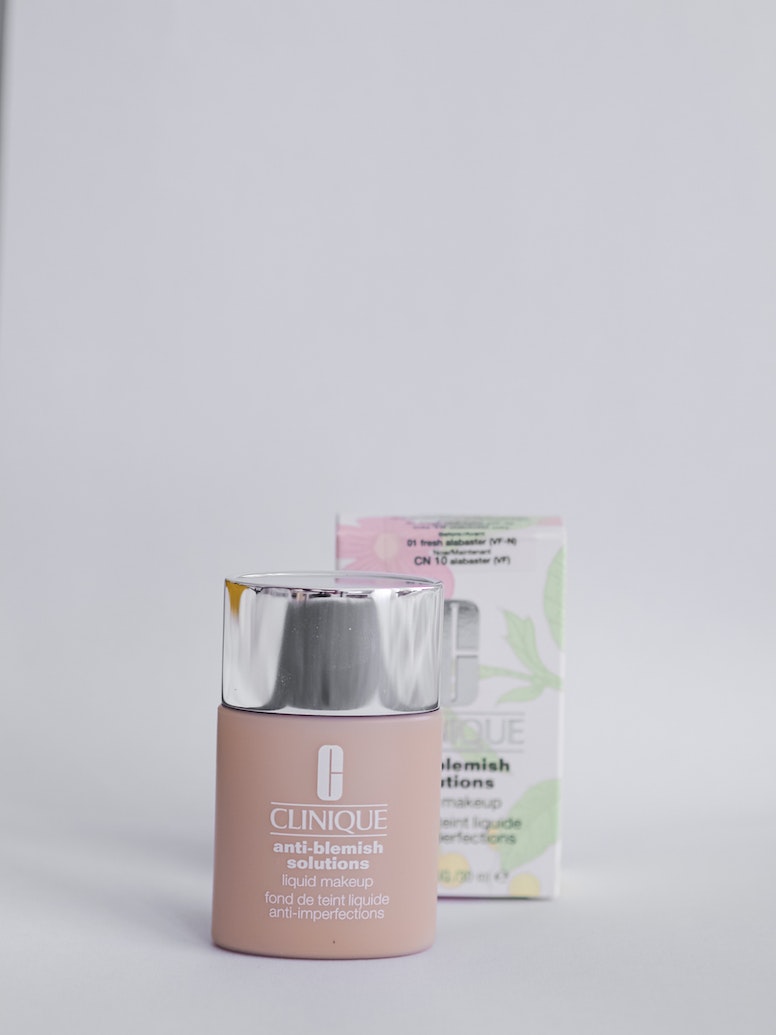 It is telling that four out of our top five brands hail from France, it is a testament to the fact that those Parisians really do know what they’re doing when it comes to le maquillage. Clinique richly deserves its place amongst the best of the best natural makeup brands in the UK, after all, its origins are pretty stellar. The brand was founded in 1968 as a direct result of an article in American Vogue, which mooted that flawless skin can be achieved by good skincare. Ruminating on that idea, heavyweights Carol Phillips (then editor of US Vogue), Evelyn Lauder (Estée’s daughter-in-law), and skin specialist Norman Orentreich came together to create a cosmetic brand that would keep dermatology front and center. To that end, at its core is the three-step skincare plan: cleanse, exfoliate, moisturize. There is no sweeping drama to see here, just really one of the best natural makeup brands in the UK. We especially love its super hydrating Moisture Surge, which is an oil-free gel-cream with aloe bio-ferment, as well as its Even Better Glow light-reflecting foundation which provides SPF 15, while also improving luminosity. One of the best natural foundations in the UK. Explore them here. 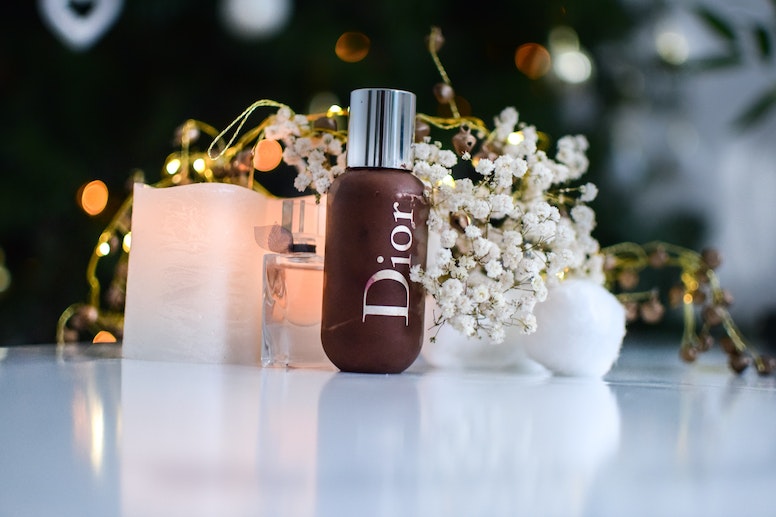 Like Yves Saint Laurent, Christian Dior – both man and brand – began life as a Parisian couturier. And, again like YSL, Dior made his name by pioneering an iconic sartorial movement, the New Look was unveiled on February 12, 1947, a repudiation of the styles of the 1920s and 30s that had gone before and which he replaced with rounded shoulders, cinched waists and very full skirts. As part of this, he also released a perfume – Miss Dior – to trail the wake of this ultra-feminine new silhouette. And yet it was not until 1953 that the Hour of Dior began to create its own line of make-up. It began with lipstick and mascara – when it came to the former, the redder the better, and the latter, the more fluttery and feminine, the more desirable. Today, we still love its original Miss Dior scent (purportedly so--named after Christian’s sister burst into a meeting in which they were trying to decide what to call it), as well as the Pump and Volume mascara which reliably delivers lashes with va-va-voom. Explore the range here

When it comes to high-end cosmetics, the Brits trust French heritage brands to deliver excellence, both in skincare and reliably dramatic make-up. It may be at the luxe – and therefore more expensive – end of the spectrum, but if your budget allows, your skin will thank you for splashing out.

Easing worries and wrinkles: what’s the deal with the latest wonder product, and where can you buy it?

Here’s something to brighten your smile: safe, effective home products to get your gleam on.

How To Nail Your Wedding Make-Up

From city to country, whatever the ambiance of your wedding, you’ll want your make-up to be at its best and to stay put all day. Here’s how.

We spend the winter longing for the summer – but with the sun comes a whole new pressure to look perfect. 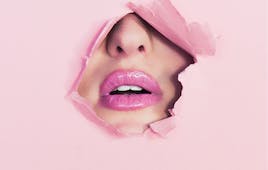 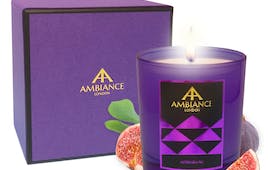 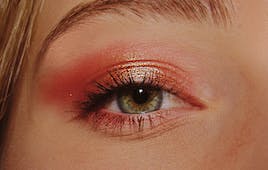 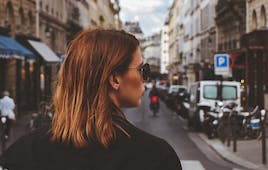