They develop software, produce vacuum cleaners, facilitate gaming, encourage money-saving and put you in touch with your loved ones. Here is The Sunday Times’s list of movers and shakers who are changing the way we live – and earning a lot of money in the process.

We say: If you haven’t come across one of Dyson’s super-cool vacuum cleaners, fans or hand-dryers – all of them triumphs of form and function – then where have you been? There are Dyson machines in 65 countries around the world. At the heart of the company, though, is a vast team of engineers and scientists, thinking up more products and more ideas at the Dyson headquarters in Malmesbury, Wiltshire.

We say: With over 19 million customers in about 200 countries, Bet365 is one of the world’s leading online gambling groups. Denise Coates founded the company in 2000 in a Portakabin in Stoke-on-Trent. It is now the largest private employer in the city.

We say: Founded in 1999, Playtech is the world’s largest international designer, developer and licensor of web and mobile application software to the digital gaming industry. It comes up with software for online casinos, online poker rooms, online bingo games, online betting and mobile gaming.

We say: Another software company, this time for businesses, Atlassian produces software for project managers, content management and other software developers. In 2013, Forbes magazine published an article entitled “Why Atlassian is to software as Apple is to design”. The name is derived from Greek mythology – Atlas was a Titan who was condemned to hold up the sky for eternity.

We say: If you cast your mind back to before 2014, you are likely to remember the Phones4U shops lingering on most UK high streets. In its heyday it had over 600 stores. The company went into administration on September 15, 2014, some years after Caudwell had sold it to a private equity firm.


We say: We all know Lord Sugar from his forthright persona on The Apprentice. But he originally made his money with Amstrad, the consumer electronics company that he sold in 2007. He was knighted in 2000 for “services to the home computer and electronics industry” and was made a life peer in 2009. A philanthropic chap, he has given money to the Labour Party, Great Ormond Street Hospital and a charity called Jewish Care.

We say: Nixon established Moneysupermarket.com (then called Mortgage 2000) while he was a student at Nottingham University. A price comparison website specialising in financial services, it works with almost 200 of Britain’s best-known insurers, banks, building societies, credit-card companies and energy suppliers, giving users a vast choice.

We say: A telecom switching company, Newbridge Networks was named after Newbridge in south Wales, where Matthews was brought up. Matthews was Wales’s first billionaire and has founded or funded over 100 companies in the high tech communications field.

We say: In its own words, Skype “keeps the world talking, for free”. With its text, voice and video functions, users can talk, see and message their loved ones and associates all over the globe. Founded in 2003, Skype now has hundreds of millions of users and is developing cool new elements all the time.

The CEO of Rex London, the rebranded dotcomgiftshop website, talks about his favourite sites, online trolls and Ed Millaband's podcast.

The serial entrepreneur and founder of Hoop, the mobile app that helps families discover new things for their kids, shows us around his web. 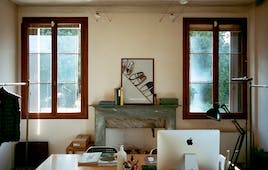 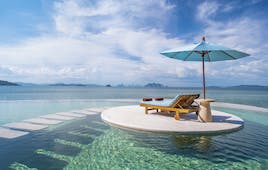 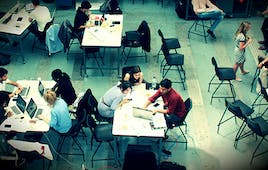 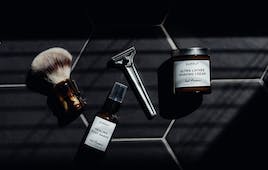