The Rijksmuseum has unveiled a new AI-generated image of The Night Watch. It is the most detailed photograph of any painting in the world – and it’s amazing.

Have you ever been so entranced by a painting that you’ve found yourself fighting an urge to try and climb inside it? Have you ever wished you could discard the red velvet cordon around some of the world’s masterpieces, to shoo away the officious guard, and peer unbothered at the details up close through a magnifying glass?

Well, thanks to the Rijksmuseum in Amsterdam, you can now get as close to that experience as possible – and all without having to book a plane ticket. During the lockdown, the culturally inclined quickly became au fait with getting their fix of the world’s finest museums and galleries without leaving the sofa, as many institutions unveiled a fine roster of virtual events and ways of engaging with impressive speed and flair, thereby saving our sanity.

Now, though, the Rijksmuseum has enabled armchair visitors to get up even closer to the most famous painting under its venerable roof: Rembrandt’s The Night Watch. In fact, thanks to a new zoom-in view of the masterpiece, which depicts the civic guard in action and is revered for its astonishing use of light, you can get more detail than a magnifying glass ever could, going so deep you can even discern particles of pigment. 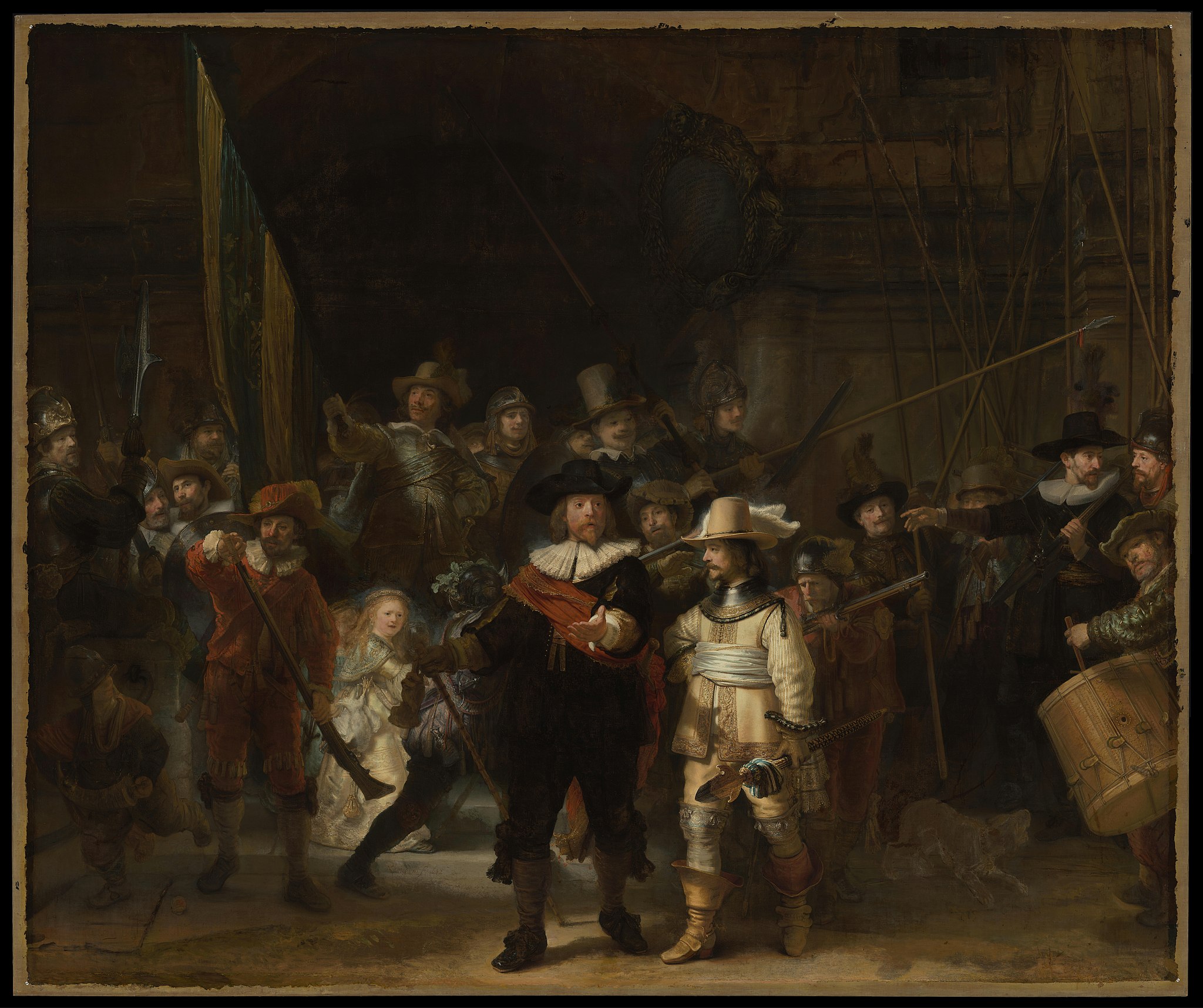 Available to view on the museum’s website, this image has the historic accolade of being the most detailed photograph of any painting in the world. Created by the museum itself, it uses artificial intelligence to piece together some of sections of the work. As they explain, ‘The team used a 100-megapixel Hasselblad H6D 400 MS-camera to make 8439 individual photos measuring 5.5cm x 4.1cm. Artificial intelligence was used to stitch these smaller photographs together to form the final large image, with a total file size of 5.6 terabytes.’

‘To create this huge image, the painting was photographed in a grid with 97 rows and 87 columns with our 100-megapixel Hasselblad H6D 400 MS camera. Each of these 8,439 separate photos was captured using a sophisticated laser-guided five-axis camera positioning system that can sense the precise location of the painting so that every photo is sharp – an error of even 1/8 mm in the placement of the camera would result in a useless image.’

By producing the image in such detail, viewers can detect details that would usually only be recognised by a skilled art historian or conservationist, such as the glossier sections that indicate places where the painting has been skilfully touched up. It is also an exceptional tool for communicating the chequered history that exists within the painting itself.

As the museum explains, ‘It was important to finish the treatment of the painting as soon as possible to be able to show to the public that the damages of the shocking knife attack of September 14, 1975 were mended, and to present the painting in all its restored glory. Zooming in on the face of the so-called red musketeer Jan van der Heede shows how a number of rather broad, darkened rose-red retouches covering the abraded areas in the shadows. Inadvertently, this now creates a flesh tone that is much too red.’

To be able to zoom in so closely also allows the viewer to see the exceptional mastery of the paintwork and composition, as well as some beautiful detailed touches, while the visibility of the tiny cracks and shapes of individual paint pigment particles reveal to us the way in which Rembrandt actually painted and the techniques he used. And, perhaps most extraordinarily of all, the new image pieces together the painting as it was intended. Did you know that in 1715, part of the painting was chopped off when it was moved to new premises? Those pieces have never been found, but now, over 300 years later, the computers have recreated the missing pieces, based on a contemporary copy of the painting. It’s little short of revelatory.

You can view the image in all its original glory here.

Read More
Why You Should Book Tickets To Van Gogh: The Immersive Experience
The Best Of Cultural Oxford
7 Emerging Artists To Follow On Instagram