Royal Entertainment: 8 Of The Most Talked About TV Shows About The British Monarchy

Overdose on royal drama over the Platinum Jubilee bank holiday with these gripping shows about the Windsors.

The British Royal Family has always made for good telly. It’s all those scandals, secrets and the pomp surrounding one of the longest running monarchies in the world. Here are eight of the most talked about TV series and films about the British monarchy.

Imagined, rather than historically accurate, the royal biopic Spencer conjures up a fictional version of Diana’s final Christmas festivities with the royal family at Sandringham in 1991. Amidst plenty of eating and drinking, there are rumours of extramarital affairs, a marriage obviously crumbling and a divorce imminent. Starring BAFTA Award-winning actress Kristen Stewart, Spencer shows Diana as a despairing free spirit trapped in a world of rules. Watch it here.

Hurrah. The hotly anticipated fifth and penultimate Netflix season of The Crown will be streamed this November starring Dominic West and Imelda Staunton. The series, written by Peter Morgan, covers the story of Queen Elizabeth II and the political and personal events that have influenced her reign. It is known as the most expensive TV production ever made, and one of the most popular. More viewers tuned in to Netflix to watch Season 4 of The Crown than watched the actual wedding of Prince Charles and Lady Diana Spencer. Watch it here.

Oh dear. A sorry tale on all accounts. Not only was this crass show named worst film by Razzie Awards, but it has also been described as an awful hate-watch and the flop of the year. Diana: The Musical retells the life of the late Princess of Wales casting the Royal family as garish panto villains. The film, which was performed on Broadway and is now streamed on Netflix, mixes the camp and glitter of an eighties pop music video with the historical drama of The Crown. Watch it here.

In cinemas from 30 June

An honest eye-opener. This 104-minute retrospective film, which solely comprises archival footage, opened the virtual Sundance Film Festival in May this year. The documentary ‘aims to explore our complicity in Diana’s tragic death.’ Using real-time content from pictures and news clips, it was put together by BAFTA award-winning producers of Sugarman and Man on the Wire. The film is made up of true to life filming of the camera flashes, the intrusive journalists and the paparazzi chases. Watch the trailer here.

A crowd-pleaser with depth. This award-winning film follows Elizabeth’s father King George VI as he works to get over his debilitating stammer and ascends to the throne following his brother’s scandalous and sudden abdication. Colin Firth, who played George, was awarded his first ever Oscar for the role. The film, directed by Tom Hooper, also won Best Picture in 2010. What’s more, according to the BBC, the Queen watched the film and gave it her blessing. Watch it here.

Period drama at its best. Expect royal scandals and political skirmishes in this decadent eight-part series which covers the early years of one of history’s most iconic monarchs, Queen Victoria. The drama series, first launched in 2016, follows Victoria from immature teen to her accession to the throne at the age of 18 after the death of her uncle King William IV. It covers her marriage and the difficult balancing act as mother and Queen. Jenna Coleman, known best as Doctor Who star, plays the lead role. Watch it here.

A gem. Helen Mirren was so startlingly brilliant when she played the Queen in this 2006 film that she won her only Academy Award for Best Actress. She also went on to star in the West End and Broadway versions of the film, which depicts the death of Princess Diana and the drama between Prime Minister Tony Blair and the Royal Family regarding the funeral. ‘The Queen came to the throne when I was 7, I think,’ Mirren has said. ‘She’s been there for my whole life. I didn’t really take any note of her until I started having to research her as a person, as a human being. Then I found myself finding a huge admiration for her, and respect.’ Watch it here.


Elizabeth at 90: A Family Tribute

Entirely different to all other programmes about the Queen. Narrated by Prince Charles, this film is perhaps one of the most personal films about the royal family. The BBC created the film to honour the Queen for her 90th birthday and included previously unseen personal video footage and insights from the family’s private collection. There is commentary from Prince Harry, Prince William and Princess Anne as viewers get a glimpse into real family life at Windsor, Buckingham Palace, Sandringham and Balmoral. Watch it here. 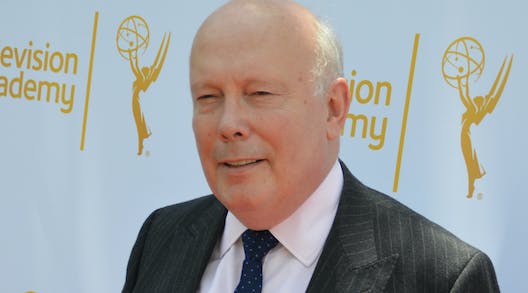 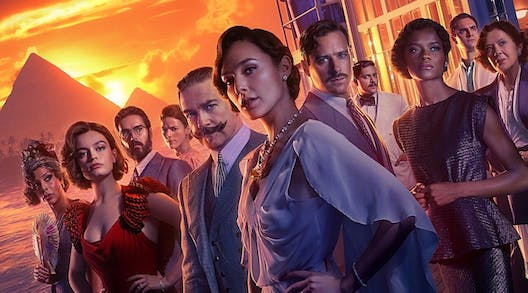 High Glamour: 23 Styles To Die For 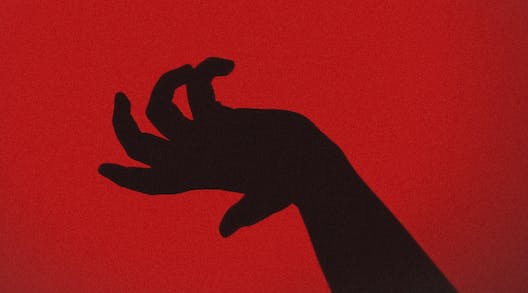 Looking for a beauty regime fit for a queen? These are the brands that make it into the royal make-up bag.

28 ways to channel Her Majesty’s style by snapping up chic additions to the home and wardrobe in her favourite hue: blue. 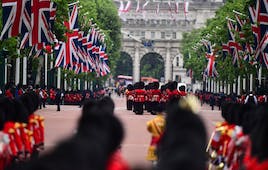 Your Indispensable Guide To The Platinum Jubilee 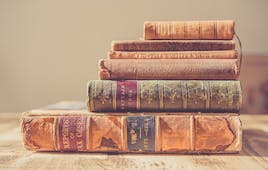 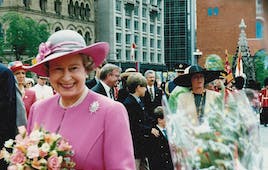 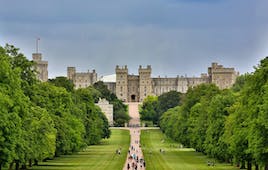 At Home With Her Majesty: 6 Resplendent Royal Residences