Fancy frightening the living daylights out of yourself using just a pair of headphones? These creepy and often downright petrifying podcasts have it covered.

Remember nights sitting round a campfire, face illuminated in the darkness by the up-light of a torch as you regale wide-eyed friends with tales of ghosts and ghouls? We miss those days.

As luck would have it, we’re not the only ones partial to sharing stories designed to set the hairs on the back of our necks on end, a fact attested to by the glut of disturbing and nightmarish podcasts available to download – not just for Halloween, but all year round. So turn the lights down, grab yourself a blanket and a pumpkin latte, and settle in to submit to a dose of serious spooking. There’s nothing quite like a bone-chilling tale and there’s no time better for it than in the run up to All Hallows Eve. Lock those doors and make sure the kids are tucked up – these are strictly for the grown ups. Shudder.


No Sleep podcast
Warning: this is not the cutesy stuff of mild spookiness for the Halloween horror dabbler. No Sleep started life in 2010 as a Reddit forum dedicated to new writing about frightening experiences. As it turned out, there was quite a volume of aspiring authors ready to unleash the darkest recesses of their imaginations on the world – so much so, in fact, that one member suggested a podcast, where the best entries would be read by a narrator (No Sleep has an array of contributing actors on its books). 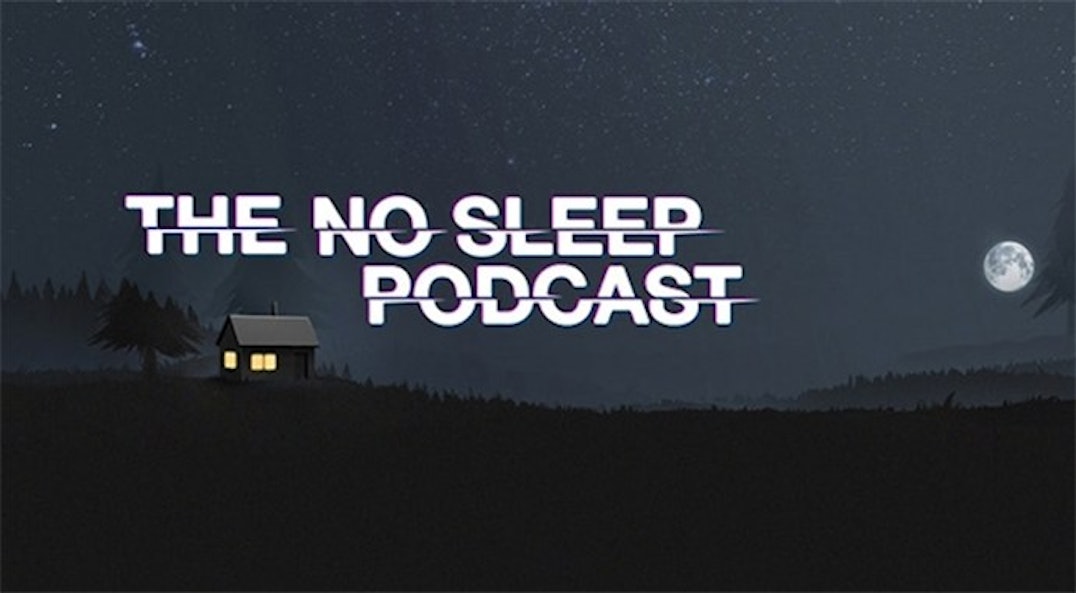 Today, there is a new episode, presented and produced by David Cummings, every fortnight and it is genuinely chilling stuff. If, like some of us (ahem), you are of the suggestible imagination and find yourself checking over every corner of the house prior to bedtime after just one episode, it might be worth swerving this (it does, after all, come with the warning that you listen at your own risk, and there are trigger warnings attached to episodes). But if you get a genuine thrill from horror, this is the place to chill yourself to the bone with some of the best new writing; some of No Sleep’s writers have gone on to become published authors, notably Dan Auerbach and the aptly named T.W. Grim. Submissions remain open, so if you are in the midst of penning a disturbing, unsettling or just downright petrifying tale, this is the place to send it, in hope of it getting aired.

Jim Harold’s Campfire
‘Jim Harold’s Campfire is perhaps the best tool we have currently in existence to hear real-life scary stories from other human beings since the actual campfire was invented.’ So wrote Den of Geek, reigning arbiter of everything pop culture. Indeed, Jim is no stranger to spreading the spooky word and in doing so making the hair on the back of our necks stand to attention: he is also responsible for the Paranormal Podcast, and his Campfire project has even been turned into five bestselling books. 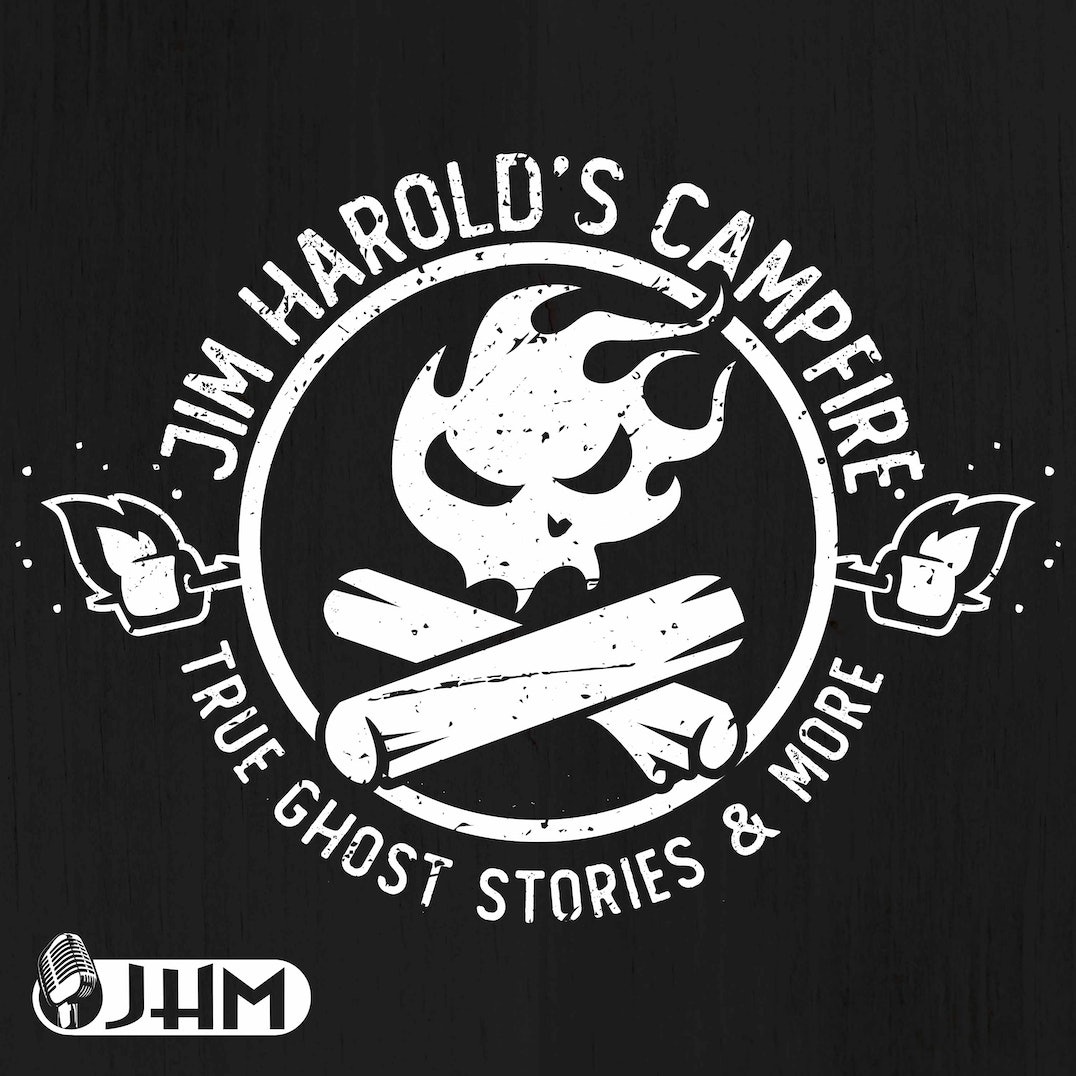 And no wonder. He shares ‘stories of ordinary people who have experienced extraordinary things’, and for ‘extraordinary things’, read ghosts, UFOs and the supernatural, all told by the people who have allegedly come face-to-face with these phenomena themselves. It features haunted nunneries, people vanishing into thin air, terrifying night-time encounters with ‘entities’ (never has a word been so creepy) and tales of possession by evil spirits. In other words, these are exactly the kind of campfires stories that are handed down family and friend groups, terrifying the living daylight out of generation after generation. We love this podcast for taking us right back to teenage years.

The Cult Classic Horror Show
Ok, so this one is not quite so precision-engineered to give you nightmares as the others, delivering instead an hour or so of geeking out time over some of our favourite horror movies. What was the original opening sequence for Wes Craven’s The People Under The Stairs? How did the low-budget Blair Witch Project galvanise such a successful viral publicity campaign and why did it destroy Heather Donahue’s career? And what was with the instructions left to actors in canisters? 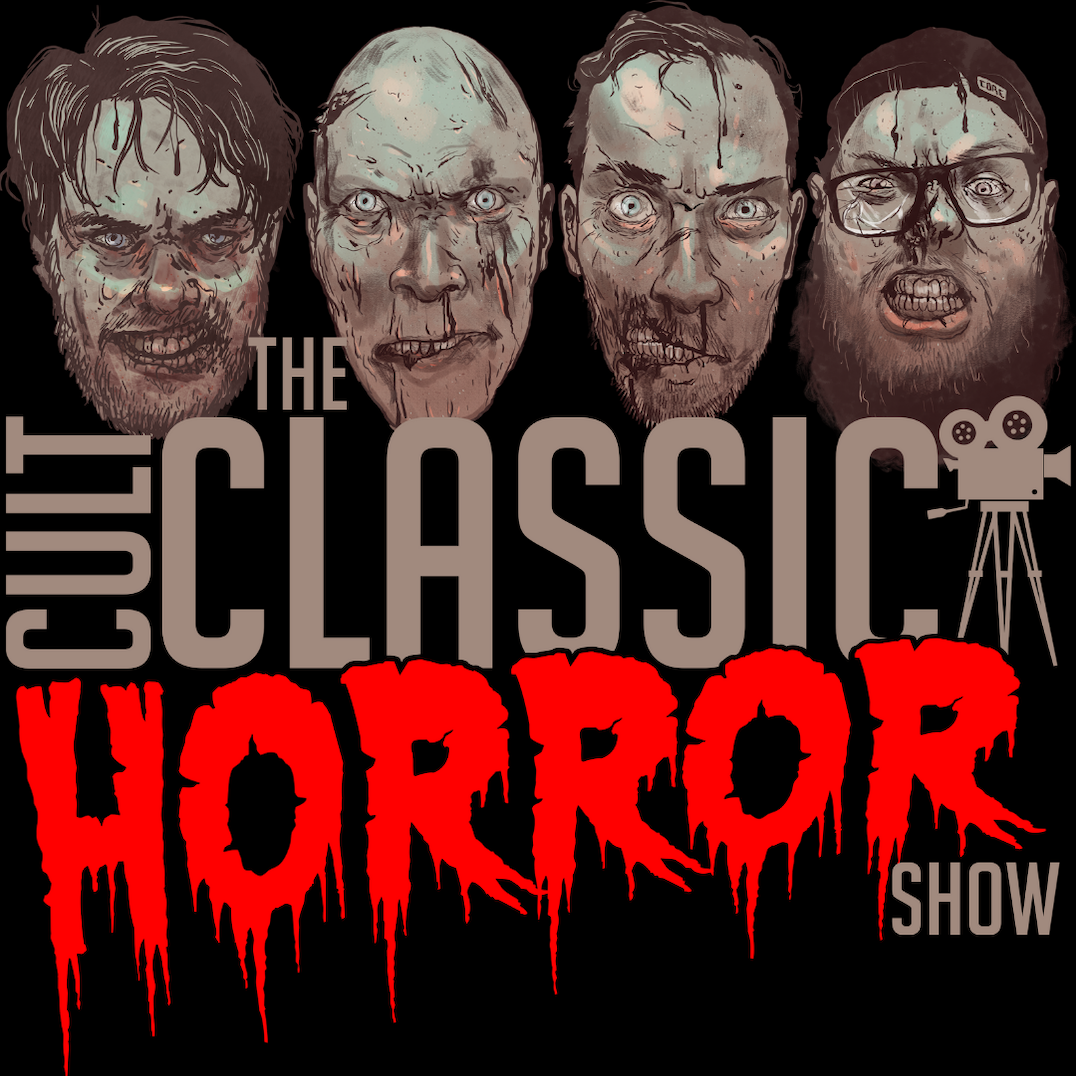 There are 225 episodes and counting of this light-hearted look at what makes us scream – notably often actually about the movie Scream – all presented by Danny and Scotty Bohnen, The Rob Oneal and Carmelo Chimera, who successfully invite listeners to feel like they’ve joined them for a beer and a chat over favourite movies. The perfect podcast for the self-confessed horror movie nerd.

Lore
‘Sometimes the truth is more frightening than fiction’. That is the entirely apposite tagline for Lore, the podcast that delves behind the darker side of history to serve listeners up an ice-cold dish of true nightmares from years gone by. Its disturbing tales, dredged up from dark pockets of our collective past, are so wrong that they are right – and 225 million listeners agree. So too does the Academy of Podcasters, which named it best history podcast, adding this to a run of accolades, including having been twice crowned best podcast on iTunes in both 2015 and 2016. 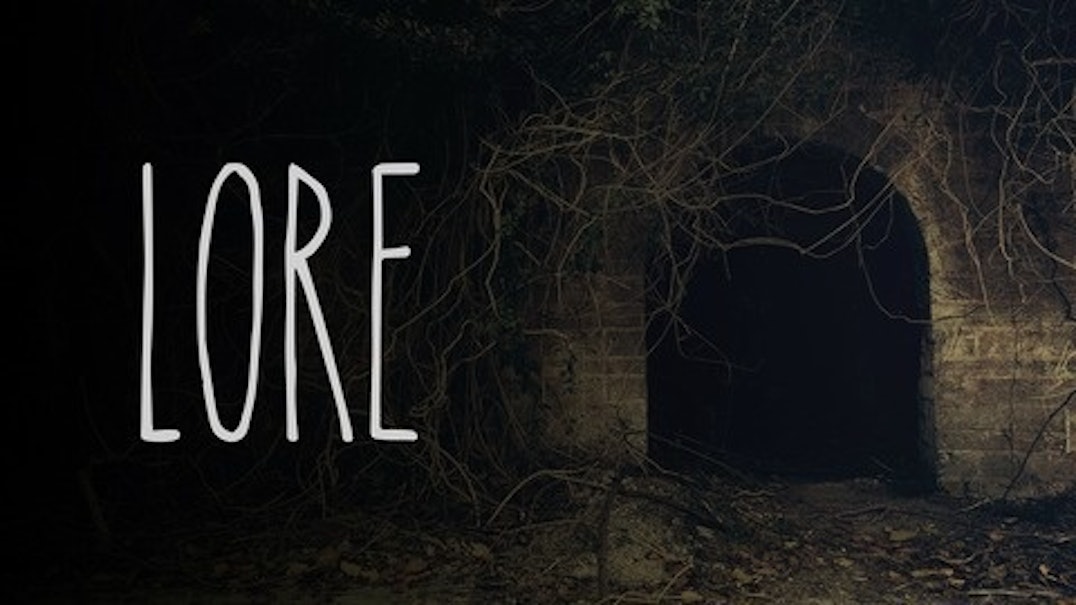 Released every two weeks on a Monday, the episodes take a different theme each week, the research all garnered from real documented stories. They range from the folklore and legends surrounding elves – notably in Iceland – to the methods used to out suspected witches in Colonial New England, to alleged encounters with the devilish Victorian creature of British legend, Spring-heeled Jack. For those who require a visual element to their creepy thrills, Lore has been adapted for TV with the help of Gale Anne Hurd, who wrote The Walking Dead. If listening on your commute, do try not alarm your train carriage by screaming too loud.

Alice Isn’t Dead
If you like creepy small town tales in the manner of Twin Peaks, this one will chill you to your very core. A single tale told across three series, it follows a truck driver’s odyssey across America as she searches for her wife – the titular Alice – who has long been assumed dead. 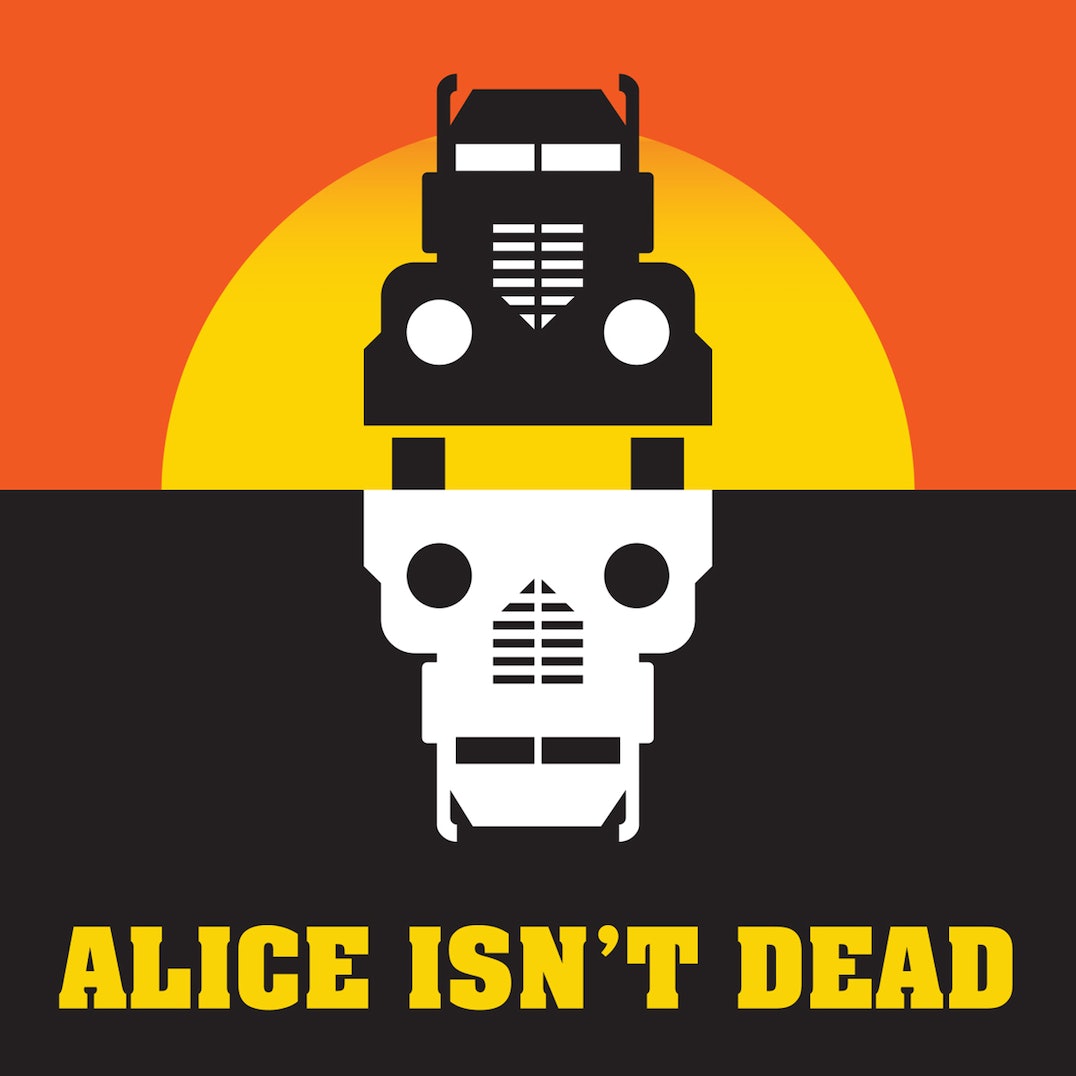 Presented as a series of audio diaries, the protagonist experiences serial murderers and towns that have been forgotten, the whole story adding up to a conspiracy much larger than that of Alice herself. This is the stuff of creeping unease that quickly becomes all consuming.

Haunted Places
This podcast does exactly what it says on the tin. Each week, host Greg Polcyn takes his listeners on a hair-raising tour of a new location, each and every one said to be haunted by the lingering spirit of a departed soul. 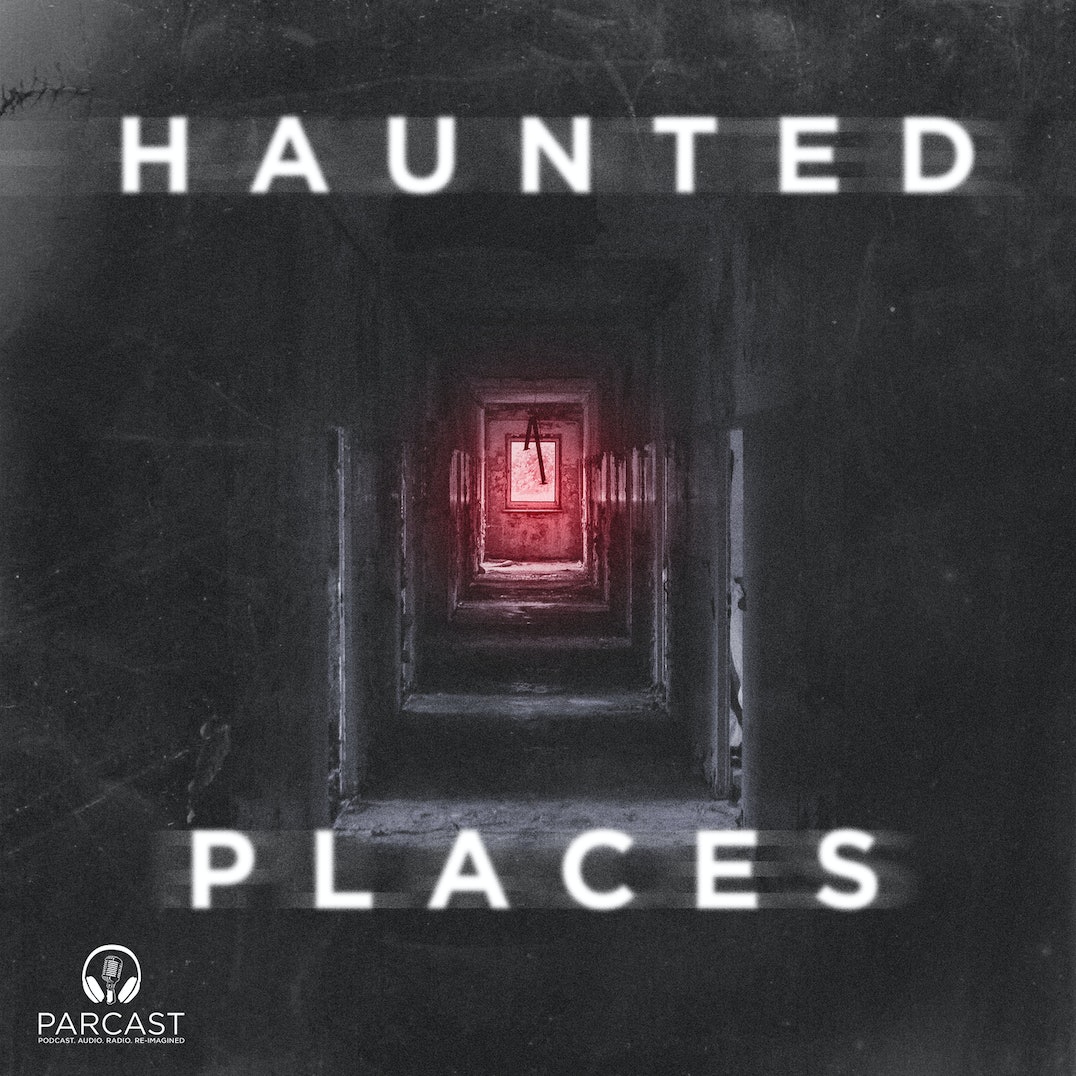 The compelling narration reels listeners in, until you find yourself in its grip, powerless to do anything but listen. Featuring tales of the supernatural, of eerie legend and of weird histories, expect to be taken around haunted cemeteries, houses and even whole haunted islands. Perfect Halloween fun, released every Thursday.

Limetown
Ok, so the first series debuted in 2015, with its follow up in 2018, but it’s already a classic and well worth a listen if you haven’t heard it and like your stories – in this case fictional – shrouded in perturbing mystery. If you liked the non-fictional Serial, you’ll enjoy this podcast from Two-Up Productions, which presents investigative reporter Lia Haddock’s lines of enquiry in the search for some 3026 mysteriously disappeared people – men, women and children – at a neuroscience research facility in Limetown in rural Tennessee. 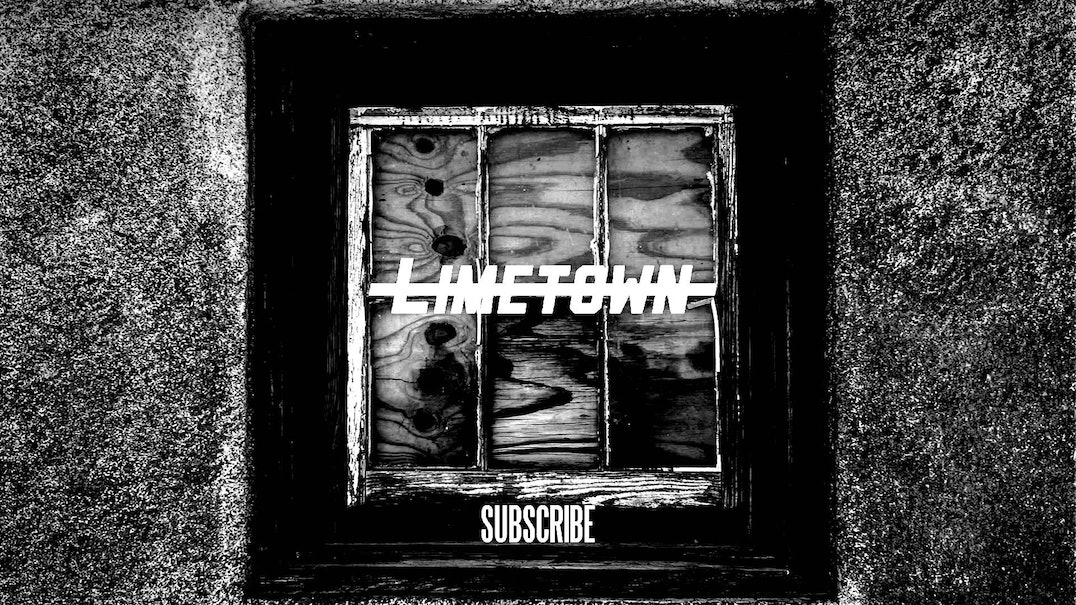 Without witnesses or any trace of these people in the ten years since they apparently evaporated, Lia has been obsessed by the case since it happened. So popular has it proved that it’s now a novel, and the screen adaptation airs this month on Facebook Watch starring Jessica Biel and Stanley Tucci.

Video Palace
Created by Nick Braccia and Michael Monello, Video Palace is brought to your headphones by the aptly named streaming service, Shudder. It tells the story of protagonist Mark Cambria, an ordinary guy with an interest in collecting VHS tapes. Usually, the movies he watches are his old familiar favourites, but in the course of his collecting he comes across an unusual film; after watching it, he begins talking in his sleep, disturbingly in a language he doesn’t know. 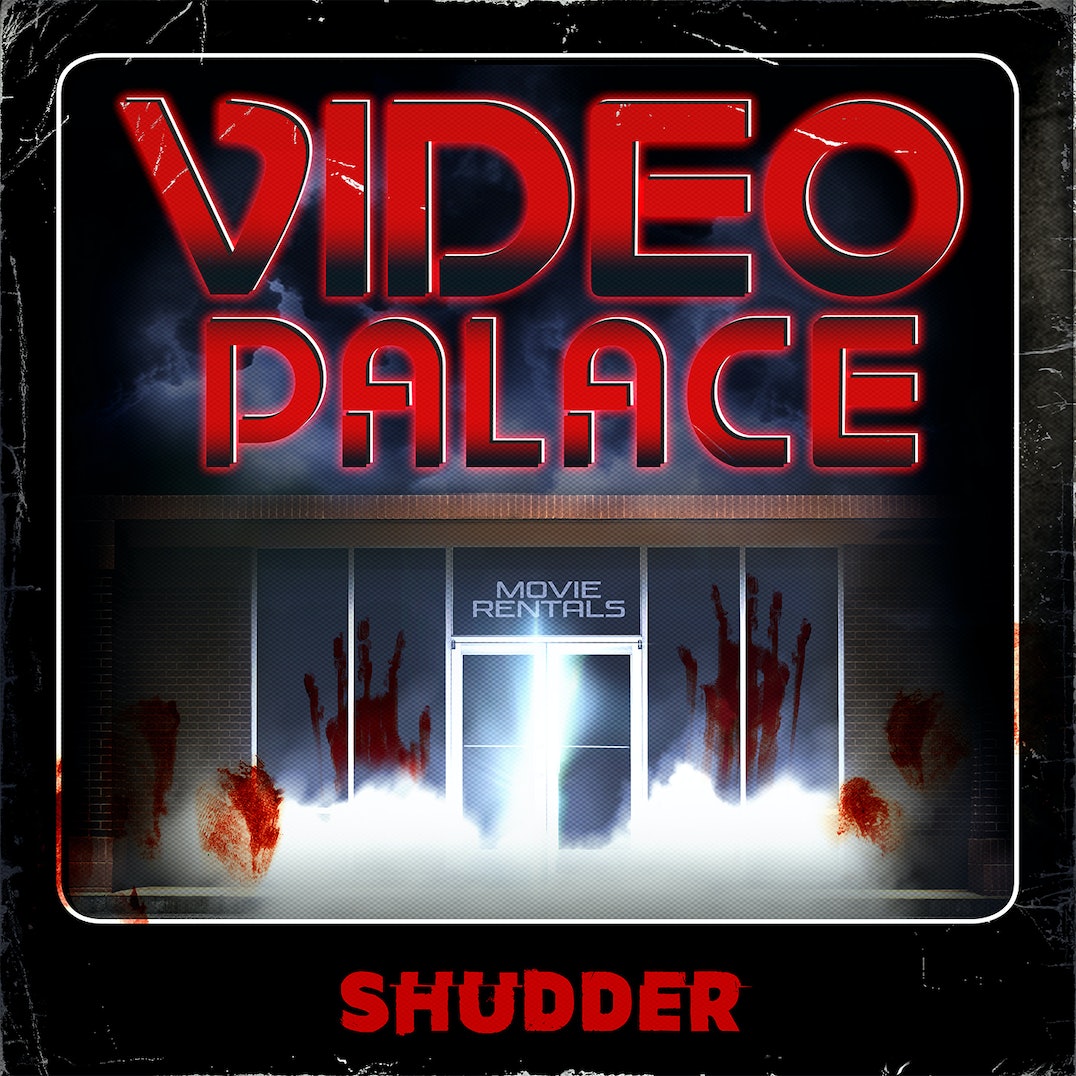 So begins his investigation into the ‘White Tapes’, cassettes reputed to have powers to send anyone who views them insane. In a venn diagram of popular culture, this podcast is the meeting point of The Ring and the ever-popular Stranger Things. We love the foreboding music mixed with the 1980s synths, which take us straight back to 1980s childhoods. Whatever you do, just don’t press play.

As the scariest ghouls prepare to come out for All Hallow’s Eve, don’t give yourself a fright by leaving it to the last minute.

Six Ways With A Pumpkin

Bloggers and recipe sites from around the web show us what to do with the season’s smashing pumpkins. 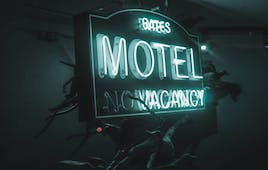 12 Spooky Halloween Shows To Stream For All Ages 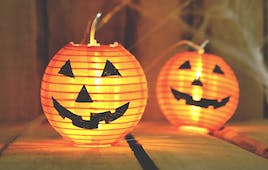 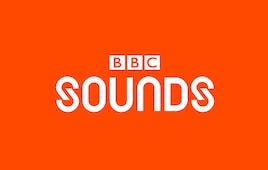