“We believe all children deserve to eat, love and learn about fresh food, cooked from scratch, every school day. Better is possible,” they say.

Having already cooked up a storm in three schools in Hackney, and with another two London schools signed up to the initiative, the charity aims to train 100 professional restaurant chefs to work in 100 schools by 2023.

It all began in 2013, when Dimbleby asked on Twitter if anyone would be interested in taking over the kitchen at his kids’ primary school, because the cook there had left. Nicole Pisani accepted the challenge, abandoning her job at Nopi to do so.

At the time, she said: “In school kitchens the mentality is they are cooks, not chefs. It would be really nice to have people who love cooking in schools. I’ve always loved feeding people. It’s a profession, but the idea that you feed someone is so rewarding.”

Dimbleby and Pisani’s model works: in the kitchen of that school, Gayford Community School, they now cook everything from scratch and bake fresh bread each day.

Luminaries from the foodie world, including Prue Leith, Thomasina Miers (who has raised £10,000 for the charity through the kids’ menus at her chain of Mexican restaurants, Wahaca) and Yotam Ottolenghi, are backing the campaign.

Leith reckons: “Chefs in Schools is a great and badly needed initiative. We all know that getting children to eat well is vital for their health and happiness, and chefs can help inspire schools to get food right and children to eat it.”

Meanwhile, Dimbleby says: “I think we’re at the pit of a really problematic societal problem. But we can, by reskilling people by getting back in touch with food, school by school, turn this around.”

So, if you know of a chef or school that is hungering for change, point them in the direction of chefsinschools.org.uk. 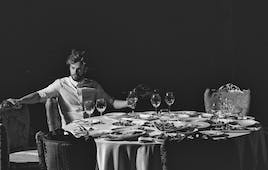 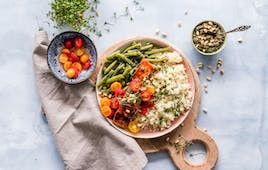 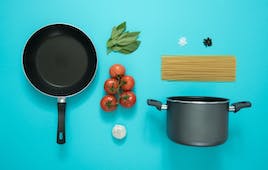 5 Of The Best Food Waste Apps 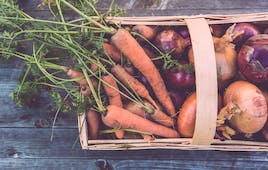