There's nothing like a good scary movie, especially at Halloween. So, draw the curtains, turn the lights off and work through our shortlist of terrors. At least three of the films on this list are guaranteed to leave you needing pyschological help, so unless you are blessed with the fearful calm of the permanently unperturbed, do not watch alone.

John Landis' tale of an expatriate werewolf is as funny, scary and compelling as it ever was. It doesn't outstay its welcome, it's got a great moody opening on the moors, a wonderful soundtrack, Jenny Agutter at her best and a breathtaking transformation scene that puts CGI in its place.  www.amazon.co.uk

Guillermo del Toro's masterly combination of fairytale and historical epic is one of the outstanding films of the decade. The manipulation of the archetype of the young girl lost in a dangerous wonderland is resonant and unforgettable. Melding Goyaesque imagery and a pleasingly Manichean reading of the Spanish Civil War, Pan's Labyrinth triumph is to make the world more enchanting, more terrifying and more unpredictable than even the most committed of myth-lovers could imagine. www.amazon.co.uk

Gaspar Noé's notorious film, told backwards, is a tale of revenge. Monica Bellucci's Alex is raped and her boyfriend Marcus, played by Vincent Cassel, goes after the guy who did it. Be warned, the rape scene and the actual revenge itself are two of the most horrifying sequences you will ever see in a movie. This film is best avoided if you have a moral problem with the cinematic depiction of violence. But as a reminder of the fragility of life and of how quickly we resort to extremes when harmed this is a singular piece of work. www.amazon.co.uk

Simon Pegg and Edgar Wright's 'zom-rom-com' is a romantic comedy, a buddy movie, a slacker flick, a treatment of the limitations of contemporary flat sharing, and a zombie film all in one. Witty, inventive and as beautifully paced as an episode of Spaced, this is one of the finest British films of recent years, which just gets better and better with each viewing. www.amazon.co.uk

Apparently inspired by the murders of backpackers in the Australian Outback in the 1990s, Greg McClean's feature debut is a superior piece of work, far better than the more well-known movies of Eli Roth. Creepy, tense and genuinely frightening, this tale of three backpackers who meet up with the bastard love child of Crocodile Dundee and Freddie Krueger is best not watched alone. www.amazon.co.uk

Michael Haneke privileges dialogue and questions over consumption and easy answers. Funny Games uses the conventions of psychological horror movies while twisting them to ask the viewer if we are really enjoying the fictional depiction of pain and torture. Most of the violence is kept off screen in a deliberate refusal to satisfy our desire to see horrible things in the safe context of a visual fiction. This kind of mittel-European high intellectualism will turn some off, but whatever the pretensions of its director, Funny Games can be read as a brilliant, knowing, self-referential thriller. www.amazon.co.uk

Who can resist a crunchy apple coated in smooth creamy toffee. A real treat on Halloween.

Gregor Lawson of Morphsuits, the fancy dress phenomenon, gives an insight into his life online.

Gear up for that Halloween dress party with the spooky attire and accessories from these haunting sites.

Fun food ideas for Halloween that won’t take up hours of your time. 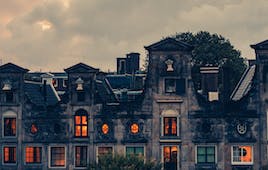 Have A Frightful Halloween With English Heritage 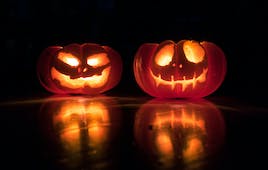 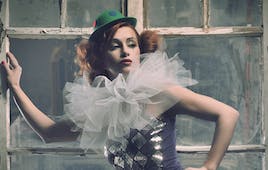 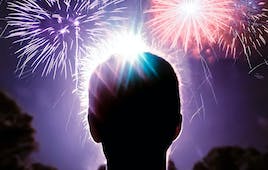