9 Of The Greatest Moments In Wimbledon’s History

Strawberries and cream, washed out picnics and the thwack of a tennis ball on the grass at Wimbledon are the great signifiers of the British summer.

Whether we like to play tennis or not, year after year, we seem compelled during the last week of June and the first of July to cheer the Wimbledon players in their whites.

We’ve been doing so, in one capacity or another, since 1877, when The Championships, Wimbledon first took place. It is the oldest – and arguably the most prestigious – tennis tournament in the world.

You may watch from your sofa (tens of millions do); you may prefer to listen on the radio; if you’re really lucky, you may have managed to watch in person (in normal times, the club has capacity for 42,000 spectators). Whichever way you slice it, the Wimbledon fortnight is likely to be close to your heart.

Here, to celebrate Wimbledon 2021, we have selected for you some of the tournament’s greatest moments.


On July 17, 1985 the German tennis player Boris Becker became the youngest champion in the history of men’s singles at Wimbledon. Fresh-faced and aged just 17, he’d only burst onto the Wimbledon scene that year. His comfort on the fast grass court, powerful serves and attacking style helped him win the tournament twice again thereafter. Watch it here.


Known in the late 1970s and 1980s for his poor behaviour on the tennis court, McEnroe remains to this day one of the best and most loved tennis players in the world. His temper often got the better of him, most memorably during his first-round match against Tom Gullikson at Wimbledon in 1981. When he screamed: ‘You cannot be serious’ at the umpire, a tennis legend was born. Watch it here.


The crowds went wild when the mighty Williams sisters took their sibling rivalry onto the court during the 2002 finals at Wimbledon, the first time they played each other there. Venus (22) was the defending champion at the time but her younger sister Serena (20) had just beaten her at the recent French Open. There was everything to play for. Serena took the gong and a shift in the balance of power began. Watch it here.

When Andy Murray beat Novak Djokovic in 2013, it was the first time a British man had won the tournament for 77 years. Man, was the crowd behind him. Have we ever wanted anything as a nation so much for so long? Our hopes had been pinned most notably before that on Tim Henman, Greg Rusedski and Jeremy Bates but disappointment prevailed. Victory was super sweet that day. He held back the tears this time – but the rest of us cried like babies. Watch it here.


Jana Novotna Gets A Hug From The Duchess Of Kent


For years, the Duchess of Kent was the royal face of Wimbledon and the crowd on Centre Court adored her. When, in 1993, Jana Novotna lost in her first Wimbledon final, she burst into tears as she shook hands with Duchess. Promptly, touchingly and rather surprisingly, the kind Duchess hugged her. Watch it here.


It’s 1996 and, true to British summer form, rain has stopped play on Centre Court. What to do? Give a national treasure a microphone and stage an impromptu concert. Yes, this really happened. Sir Cliff sang a few numbers to a clapping and bopping crowd to pass the time. The cringe factor is high and your eyes will be on stalks but this one is not to be missed. Watch it here.


In this memorable final, Borg, the ice-cold Swede, faced McEnroe, the volatile American. Borg had won the previous four finals, whereas McEnroe hadn’t yet played in one. To begin with, McEnroe battled hard and came out on top but Borg fought back and eventually won. Watch this clip for its vintage tennis rackets and hairdos alone. Watch it here.


The year Virginia Wade won Wimbledon, 1977, was a very special one. Not only was it the tournament’s Centenary year but it was also the year of the Queen’s Silver Jubilee. To mark these great anniversaries, the Queen attended the final. Which is fortunate, as Wade is still the last British woman to have won Wimbledon. Watch it here.


Arguably the greatest male player to step onto Centre Court, Federer has won 100 matches at Wimbledon. He is returning to the tournament this summer, just weeks before his 40th birthday. Will he nail his ninth Wimbledon title? Watch it here.

Whoosh down the slopes in style with these top ski wear sites, all at the click of a button.

With its superior guides, knowledge and equipment, Alba Game Fishing arranges the best trips to the finest places in Scotland. 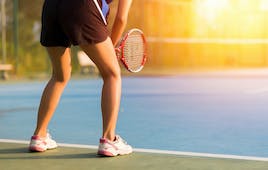 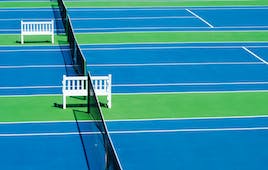 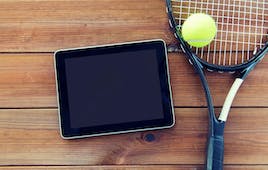 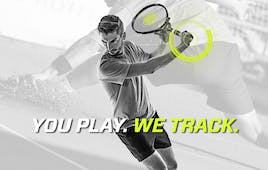