A brilliant new show celebrates the life and work of one of the greatest loved children’s authors of all time.

It is no exaggeration to describe Beatrix Potter as a legend. The 28 books that she wrote and illustrated have sold over 250 million copies worldwide. Do you know of a single child who is unfamiliar with Peter Rabbit and his many friends? 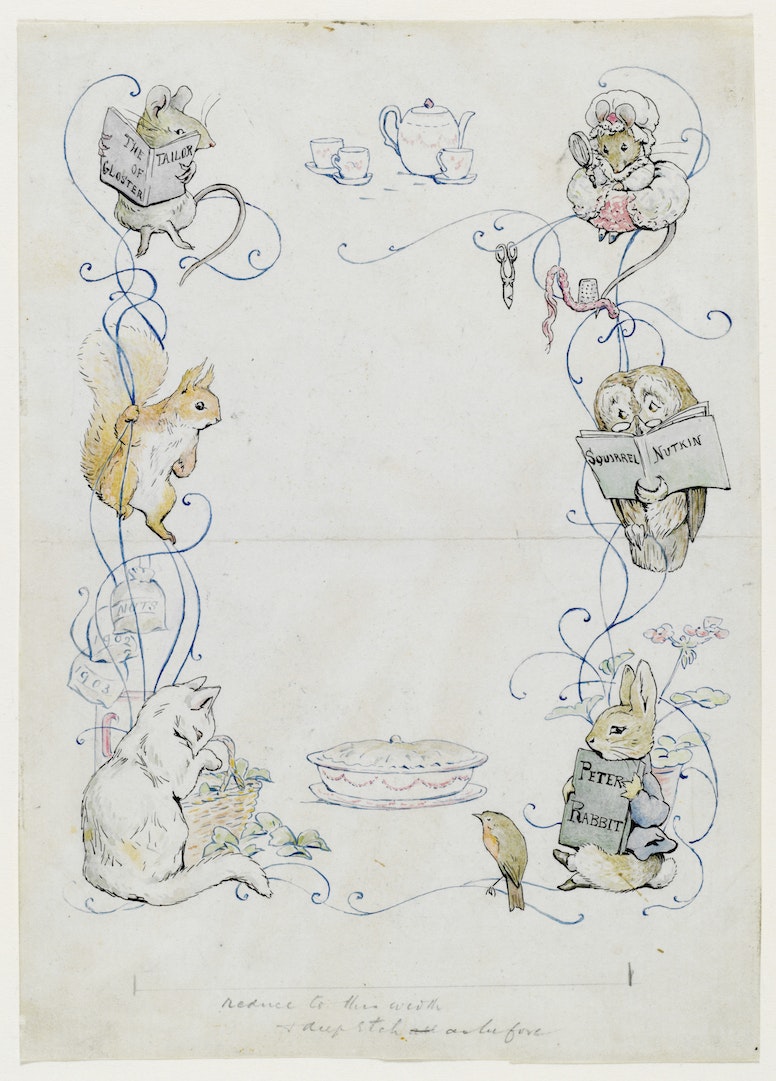 The Victorian author had a lifelong passion for flora and fauna, observing them and drawing them wherever she went. As well as writing charming books for children, she was an expert in fungi, a prize-winner breeder of sheep and a prosperous farmer. 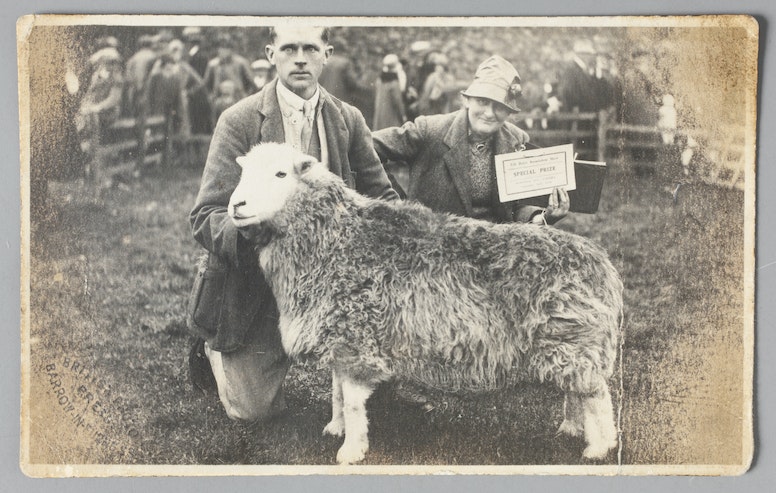 This rich and varied exhibition charts her life from a childhood in Edwardian upper-middle-class London, where she was educated by a governess, to an adulthood in bucolic Cumbria via a staggeringly successful literary career. 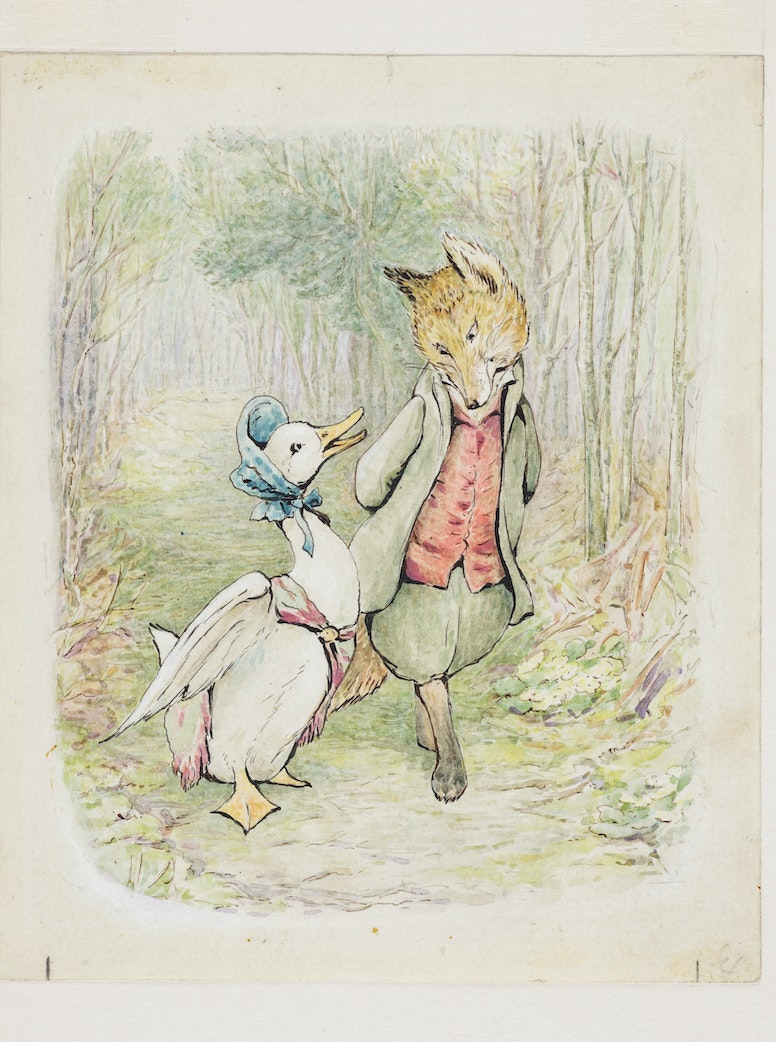 The Times says: ‘This glorious exhibition, delayed by Covid, show’s Potter’s passion for nature, her artistic talent and how the two fed each other, from her childhood drawings, her 23 children’s book, including The Tale of Peter Rabbit, to her mission to preserve areas of the Lake District.’ 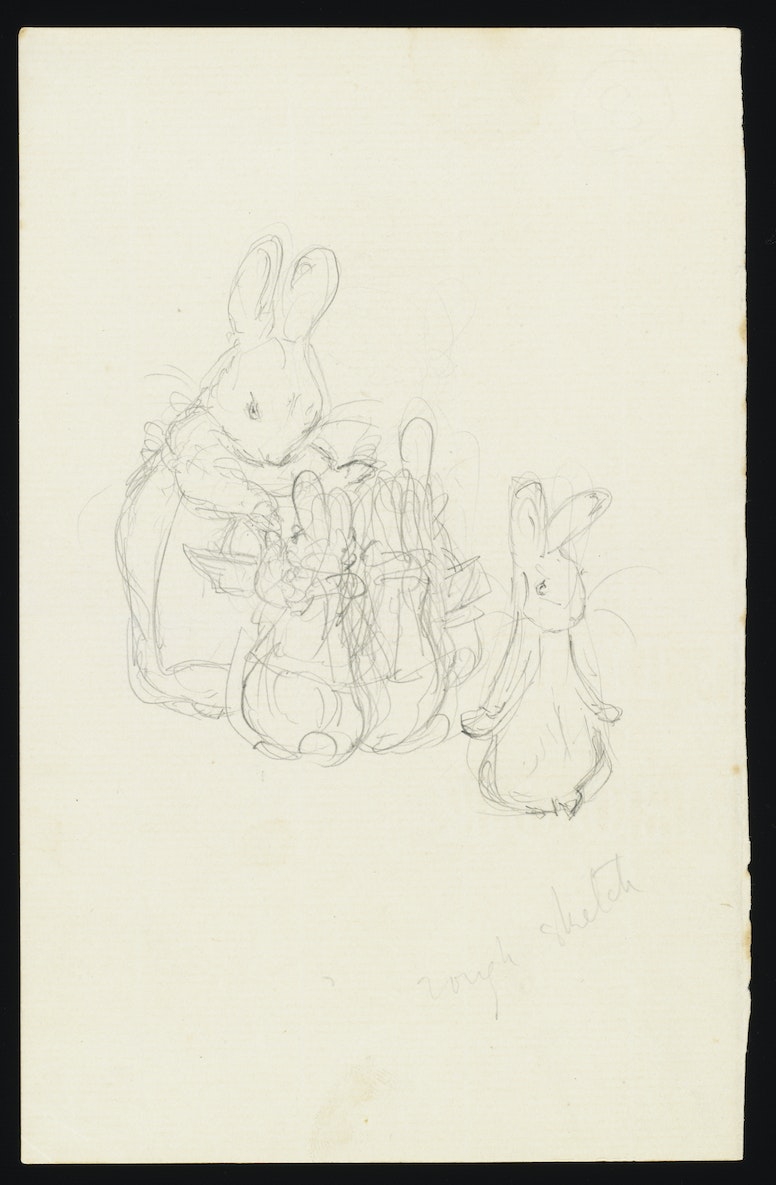 Sketch for the privately printed edition of The Tale of Peter Rabbit, 1901. Pencil on paper. Linder Bequest. © Victoria and Albert Museum, London

When Beatrix died aged 77 on 22 December 1943, she left fourteen farms and more than 4,000 acres in the Lake District to the National Trust, who have collaborated with the V&A on the show.

Helen Antrobus, the National Trust’s Assistant National Curator for Cultural Landscapes, is the co-curator of the exhibition and says: ‘Beatrix was one of the greatest supporters the Trust has ever had, fervently believing that the landscapes from which she had drawn so much joy should be protected so that others could experience them.’

Here, we tell you why you and your children should go to the new Beatrix Potter show.

Because Beatrix Potter: Drawn to Nature examines the writer’s life as a scientist and
conservationist and the places and animals that inspired her famous characters, it appeals to the whole family and not just to current Peter Rabbit fans. 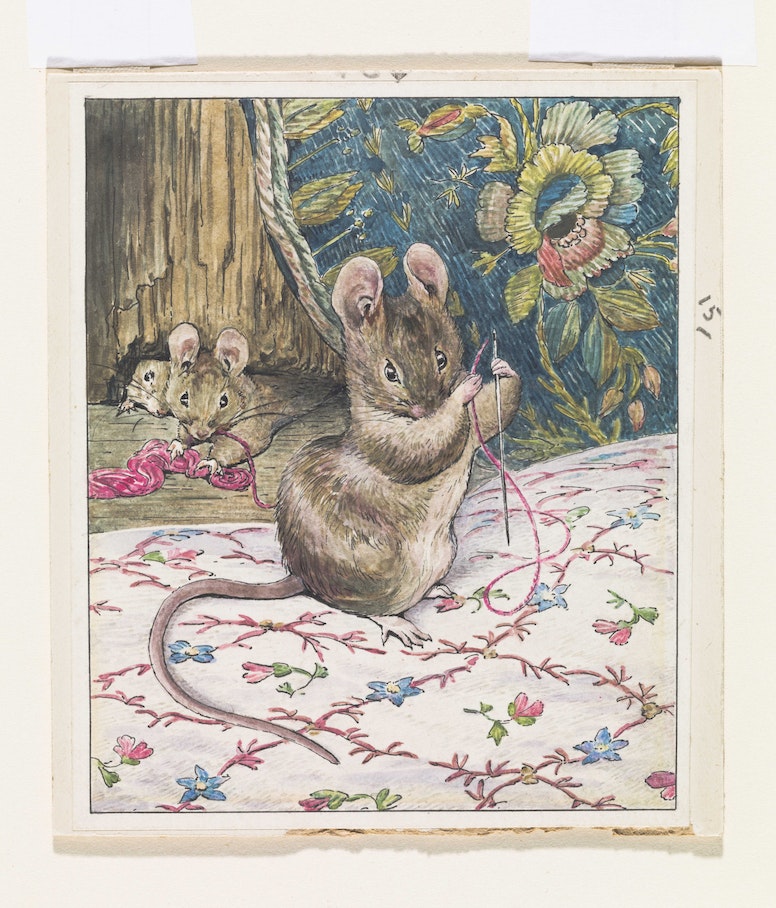 The Mice at Work Threading the Needle, The Tailor of Gloucester artwork, 1902. Watercolour, ink and gouache on paper © Tate

The curators say: ‘We hope [the exhibition] will inspire the next generation of artists and storytellers, but also natural scientists, conservationists and farmers. Potter’s story shows that through talent, passion and perseverance, life can take unexpected twists and turns and great things can grow from inconsequential beginnings.’

Potter kept sketchbooks from the age of eight. Her drawings, many of which are on display here, are as enchanting as her stories. One, a magnified study of beetles, drawn in about 1887, is an arresting highlight. 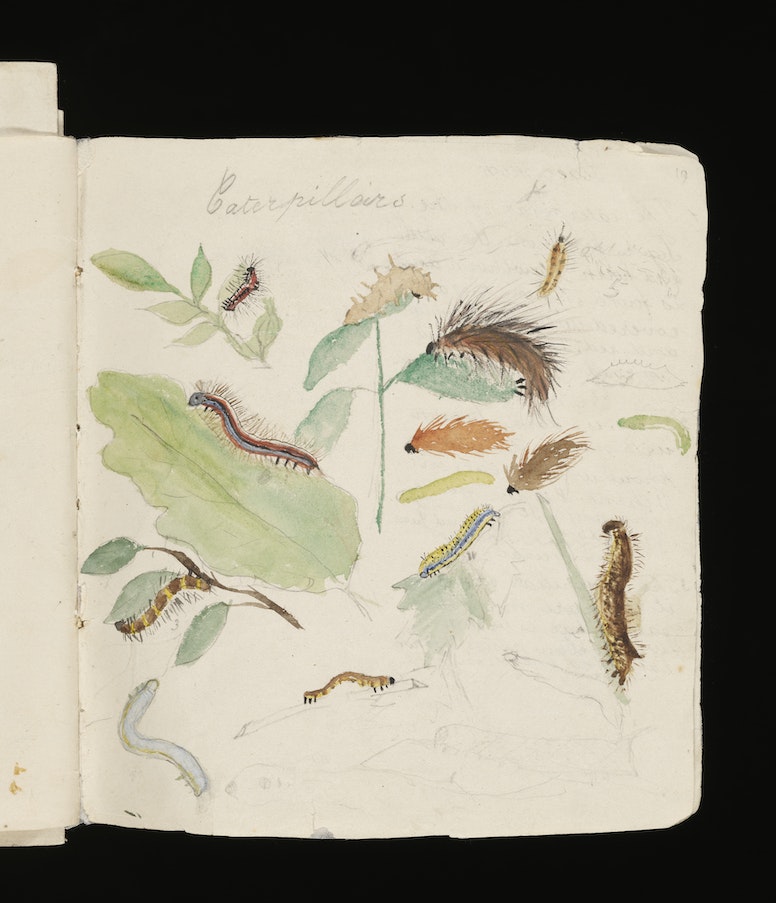 The exhibition is full of nuggets of information about Potter that are a delight to learn – such as: Her first name was really Helen. She kept more than 92 pets in her lifetime, among them a beloved border terrier. Growing up in London, she regularly visited the Royal Academy and the South Kensington Museum (which later became the V&A).

Beatrix Potter: Drawn to Nature showcases over 240 personal objects, including rarely seen letters, manuscripts, coded diaries and family photographs. Also on show is an embroidered 18th-century waistcoat that Potter spotted on a visit to the South Kensington Museum and used as inspiration for the Mayor of Gloucester’s coat. 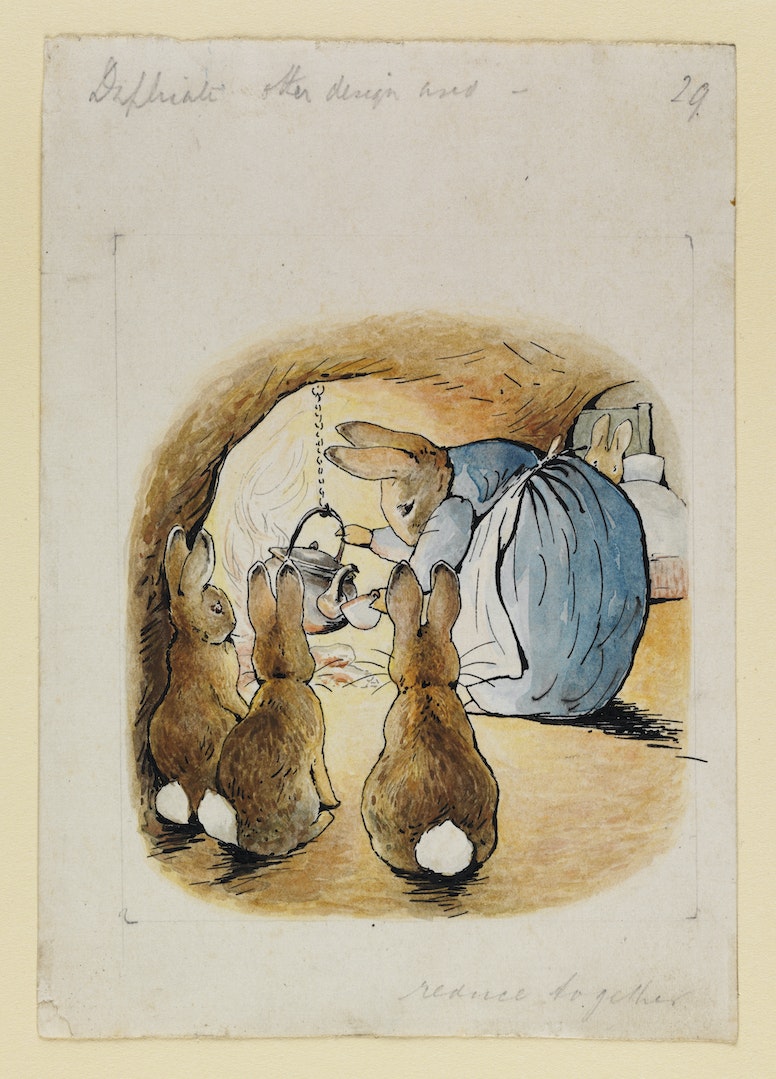 Potter’s career really began with a couple of divine Christmas cards that she’d drawn, which are displayed here. The curators say: ‘We are delighted to be able to include an original design and two examples of Christmas cards printed from designs by Beatrix Potter, her first commercially sold illustrations.

‘The cards such are an important part of the story of Beatrix’s journey to becoming an author-illustrator and the success of the cards speaks to her practical mind and business acumen.’ 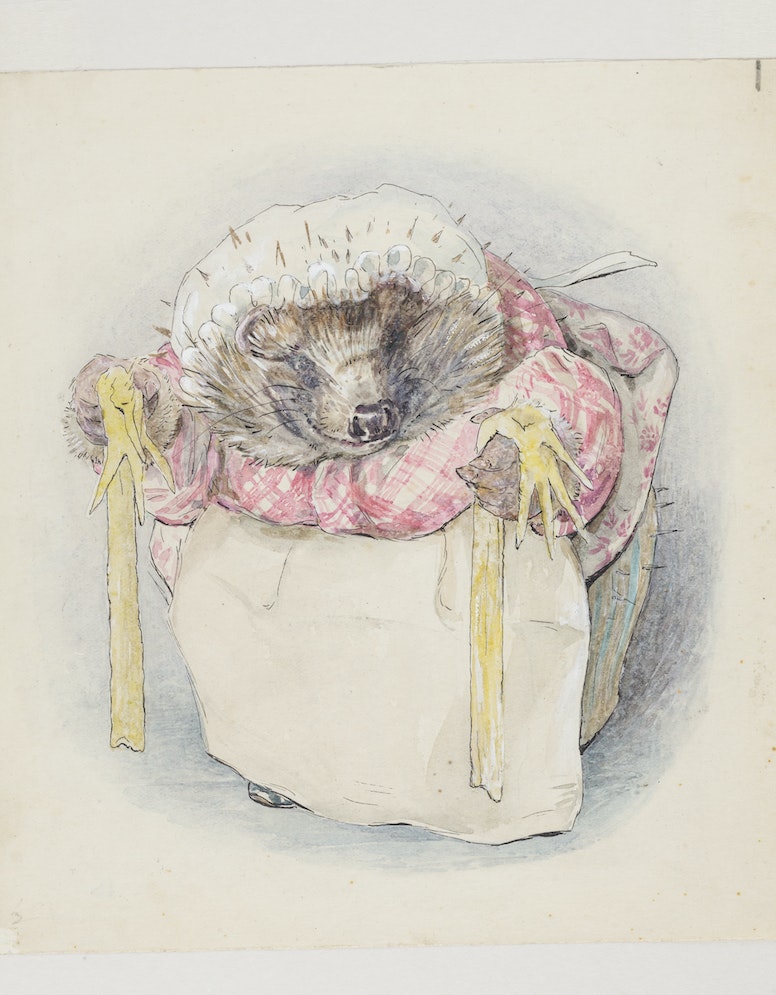 An excursion to the V&A is always an enriching experience for the family. The world’s leading museum of art and design needs our support now more than ever. and Tickets to Beatrix Potter, which will be on for the rest of the year, are free for members and otherwise cost £14 a head.

Book tickets to Beatrix Potter: Drawn to Nature at the V&A here. 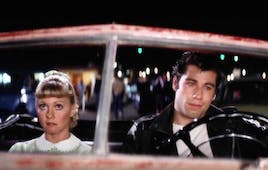 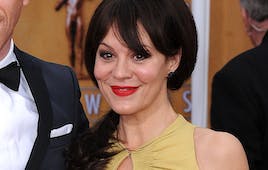 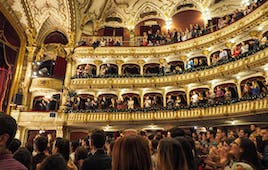 How Can We Support Our Theatres In Lockdown?