Transport yourself to some of the country’s most important historic sites with these virtual tours and 360 videos.

English Heritage is responsible for the upkeep of some of the most important historic sites in the country. They are, of course – like the rest of our cultural bastions – closed for now, while we all stay at home. But happily, that doesn’t mean that they’re totally off limits.

English Heritage has a great mixture of interactive virtual tours, 360-degree videos and YouTube tours, all of which explore the history and architecture of the places where history happened. We love that they’re bite-sized, so you can dip in and out easily, all the while packing a decent information punch. There are many more to choose from – including postcards from Ironbridge; Stott Park Bobbin Mill; and even a Victorian laundry – but these are our favourite five. Wander through history from the pre-historic Stonehenge to the 20th-century extreme luxury at Eltham Palace. Happy discovering. 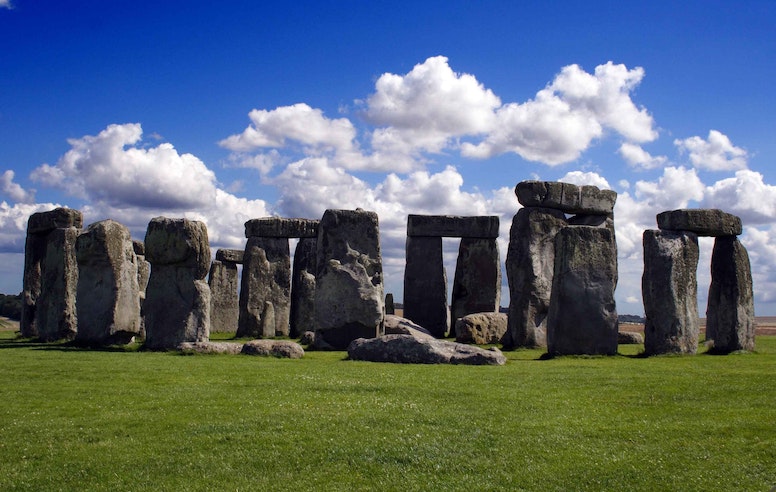 Perhaps the most famous of all the English Heritage sites – and, indeed, possibly the most famous prehistoric monument on the planet – is Stonehenge, the mysterious 5,000 year old prehistoric monument, which was erected in the Neolithic period. There’s a wealth of information on the website for those who wish to read more, but for now, we love the EH interactive virtual tour. You can guide your cursor around the Avebury site to get a feel for it, and then click on the hot spots to hear Senior Properties Historian Susan Greaney talk about points of interest. Did you know that the stones were likely brought all the way to Wiltshire form Wales because they had some special importance for prehistoric people? Or that the stones, which appear grey today, would once have been blue? Nope, nor us. Fascinating stuff.

Dover Castle
Dover Castle, whose original incarnation was built by King Henry II in the 1180s, has always been of great strategic significance, thanks to its position on the Kent coast, casting its shadow over the shortest crossing between Britain and the continent. It has been reshaped over the centuries to meet its defensive purposes, the solid walls of its edifices keeping people out and its network of tunnels below it allowing for more clandestine operations. To say that its history is rich and chequered is something of an understatement. It was, for example, augmented by William the Conqueror immediately after his victory; frequented by Henry VIII and Elizabeth I; and the unground tunnels were added when England faced threat of invasion during the Napoleonic Wars. And it was those same passageways that came into their own during World War II. From 1939, they housed the command centre controlling the Channel’s naval operations. Operation Dynamo (aka the Dunkirk evacuation of troops)? All arranged from here. As well as watching the four-minute YouTube virtual tour, you can poke around the Observation Area, the Port War Signal Station and the Fire Command Post here.

Hadrian’s Wall
Hadrian’s Wall stretches 73-miles from coast to coast, from the North Sea to the Irish Sea. The defensive structure happens to be the largest existing Roman artefact anywhere, originally built to protect the north-west frontier of the empire from the threat of native Britains. Now you can watch this fantastic interactive 360-degree YouTube tour, which is under three-minutes long, and gives a great introduction. Did you know that the wall, which was ordered by the Emperor Hadrian, took six years and 15,000 men to complete? Or that there were 80 castles dotted along it to keep lookout from?

Got kids? Tune into the audio series about Hadrian’s Wall presented by Maddie Moate, who many will know from her educational CBBC series, Do You Know? That’s home school history sorted.

Belsay Hall
Belsay Hall in Northumberland is a sublime Regency style country house, thought to be the first in the country to be built in wholly the Greek revival style. It was constructed between 1810 and 1817 for Sir Charles Monck, and although the interior is unfurnished, the Grecian architecture and the picturesque mild decay only contrive to make it the more enchanting. We love this YouTube tour presented by the head gardener of the Grade I-listed grounds, who maintains that his chief job is to get inside Sir Monck’s head and keep his vision alive. Stunning.

Eltham Palace
Eltham Palace’s extraordinary 1930s transformation from dilapidated former medieval residence to Art Deco splendour for the fashionable set, complete with all the mod-cons, could put every contemporary home renovation show to shame. When the ultra-wealthy socialites Stephen and Virginia Courtauld bought it in the 20th-century, the moated palace was already notable for having been the childhood home of King Henry VIII and his siblings. Visitors today can still visit the great hall that a time-travelling Henry would recognise; after he became king he also added a jousting tiltyard and a new chapel.

But for most people, it is the modern innovations that make this place so astonishing. This YouTube tour, which is under five minutes, gives a flavour of the sheer glamour and decadence. The video was actually created for its 2015 refurb, but it is every bit as wonderful to watch now as then. The animated curator takes the viewer round, starting in the oval, marquetry-rich entrance hall, which sets the lavish tone for the rest of the residence (do note Virginia’s private temple-like golden-hued bathroom). A true masterpiece of interior design. We will be first in the queue once it re-opens post lockdown.

22 Museums And Galleries You Can Tour Online
Insta Hero Of The Week: Philip Mould
Take a Virtual Tour Of The Houses Of Parliament This Weekend 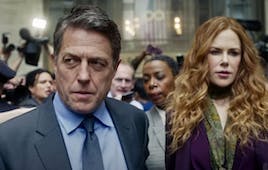