18 Heart-Warming Movies To Stream This Christmas

Great films are always an integral part of Christmas, and never more so than in 2020. Check out our favourites to stream.

Christmas isn’t Christmas without annual airings of certain festive movies (in our house Miracle on 34th Street, Home Alone and, above all, the George C Scott version of A Christmas Carol). This holiday, as getting together is strictly limited, we predict our screen time will sky-rocket yet further. And in this, of all years, frankly we’re fine with that. We’ll take all the comfort we can get.

We’ve already rounded up the best Christmas TV to look out for on your screens. Now, we turn our attention to favourite festive movies old and new to keep us company and entertained over the days ahead. Time to grab a cocoa/ mulled wine, don some shearling slippers and curl up with this cosy crop. 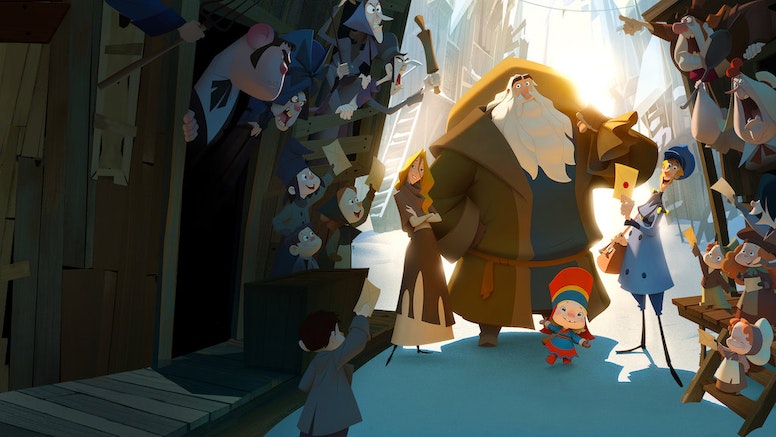 This 2019 film tells the story of a postman named Jesper who befriends a reclusive toymaker named – you guess it – Klaus. Together, their unlikely friendship brings joy to a town that needs it when Jesper assists Klaus in delivering the packages to the children of Smeerenburg. A magical reimagining of the Santa Klaus story, from the maker of Despicable Me, starring Jason Schwartzman, JK Simmons and Rashida Jones. 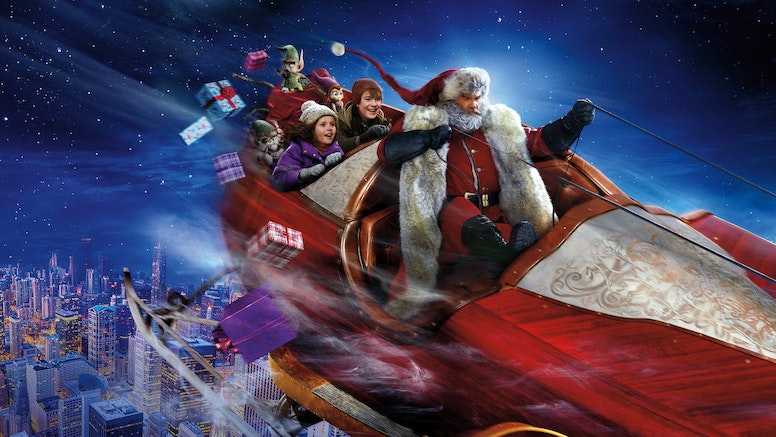 Another Santa-focused tale, this time Kurt Russell plays the man in red who, in this rendition, is pretty plain-talking. It’s a race against time when two children first cause him to crash and then must work all night to put it right. 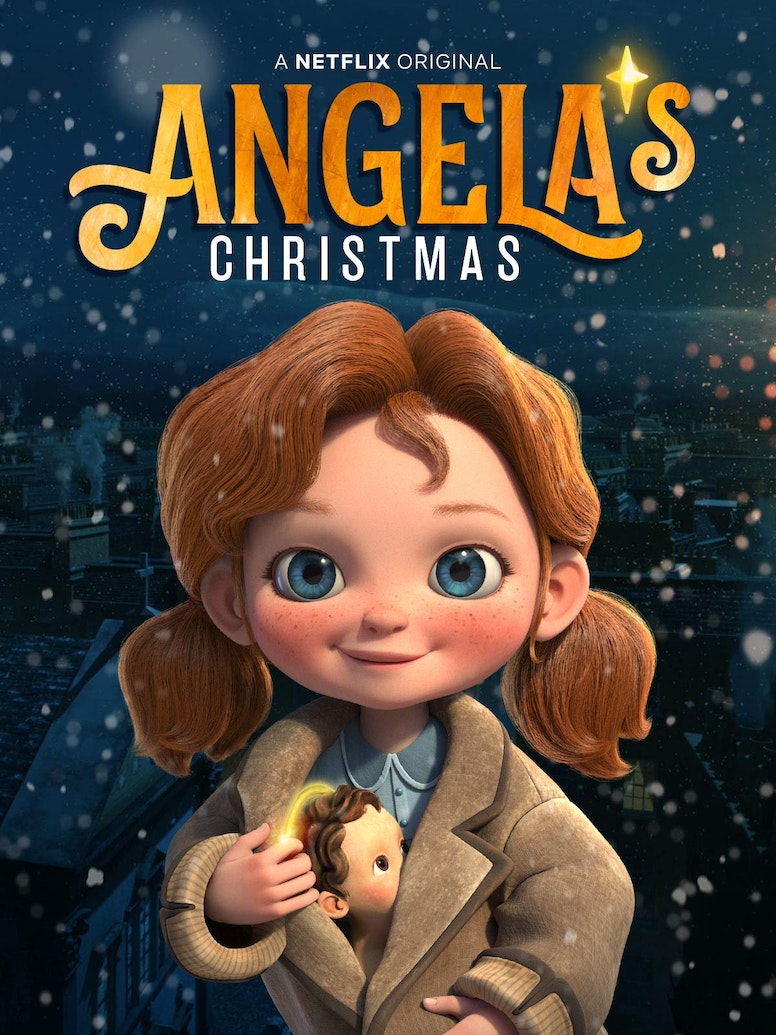 This gorgeous tale (2017), set Ireland in the 1910s, is based on Pulitzer Prize winner Frank McCourt’s only children’s story. When the titular Angela takes the baby Jesus from the nativity at church to keep him warm and wrapped up, her only wish is for everyone to have a wonderful Christmas. Directed by Damien O’Connor. 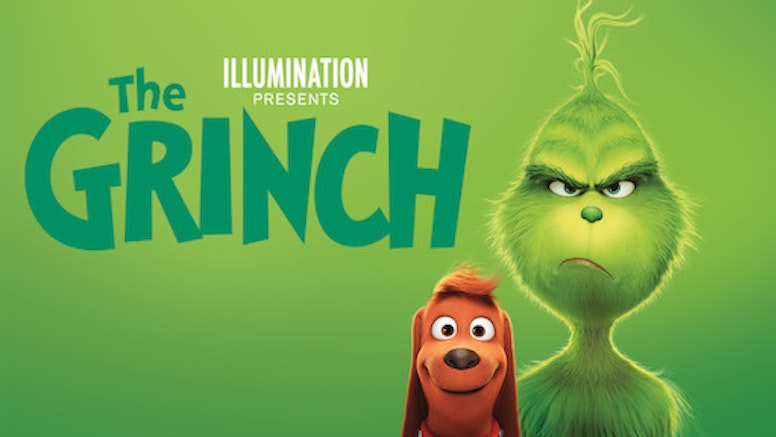 The Dr Seuss classic gets a modern revamp in this animation. Yet some things stay the same: chiefly that the green protagonist is set on ruining Christmas but will – sure as Santa bellows ho ho ho – find himself warming up to the idea somewhat. Starring Benedict Cumberbatch and Rashida Jones. 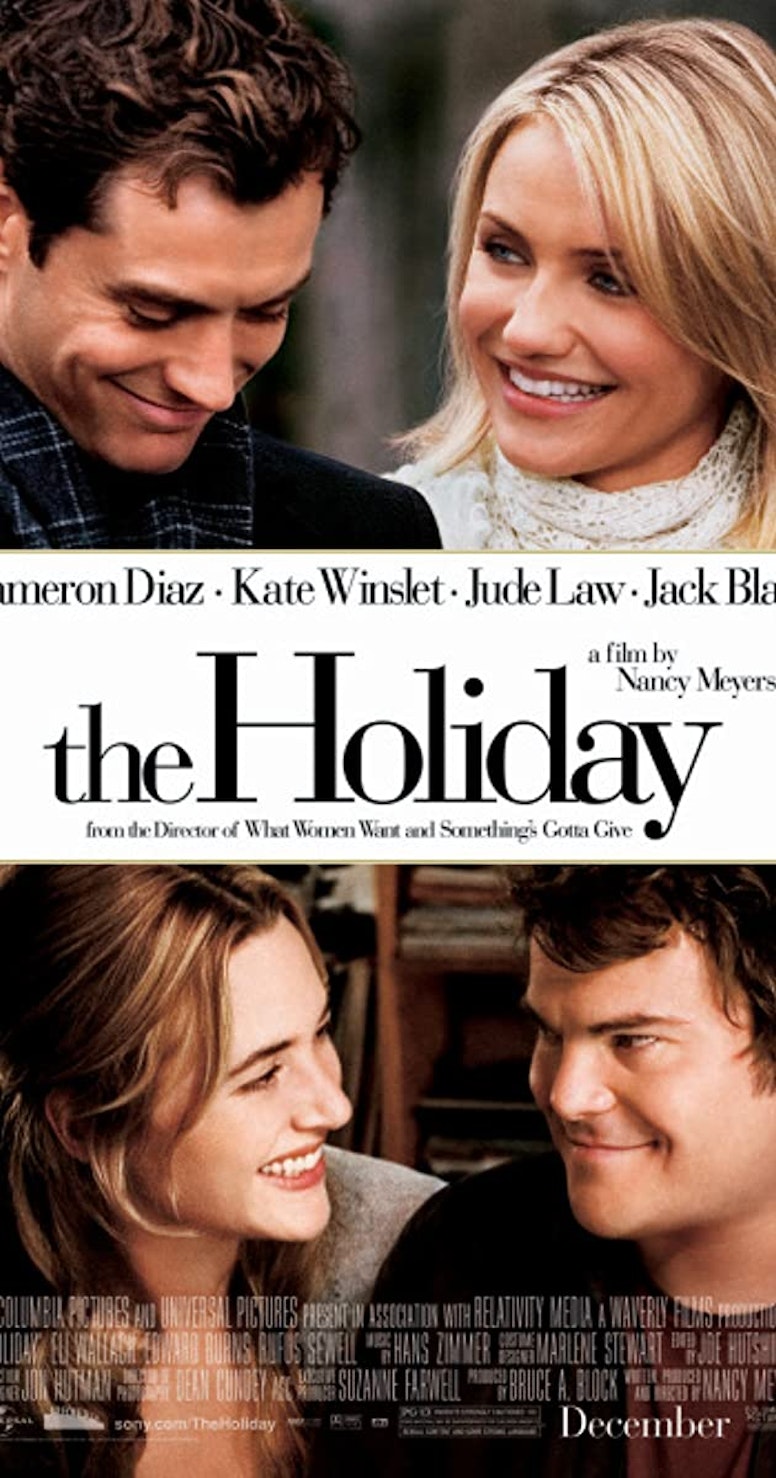 This 2006 Nancy Meyers movie, starring Kate Winslet, Cameron Diaz, Jack Black and Jude Law, has fast become a Christmas classic. Take four variously heartbroken characters, one LA/ Cotswolds house swap, and an absurdly picturesque and improbably snowy setting, and sit back as this tale warms the heart. Totally predictable, but isn’t that what we all want at Christmas, really?


Meet Me In St Louis 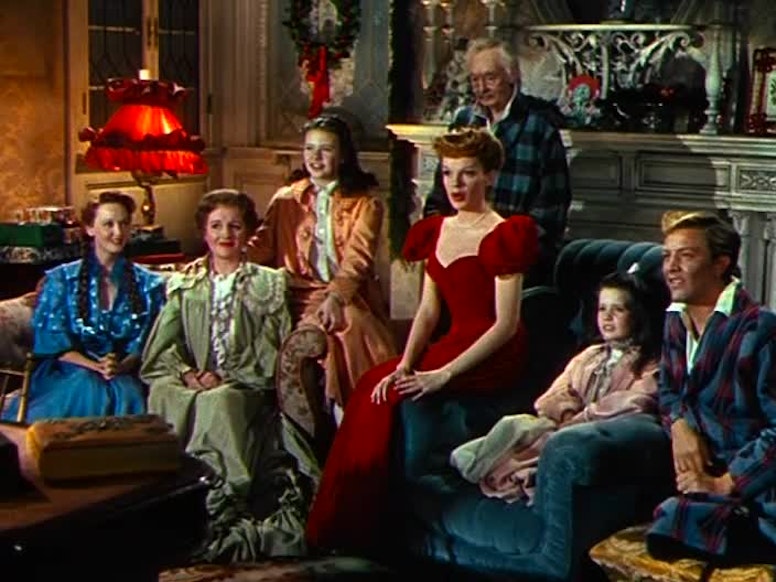 An absolute delight, this Judy Garland-starring classic musical is one to watch on repeat, year after year. Plus, it’s the movie that gave us the song, ‘Have Yourself A Merry Little Christmas’. Impossible not to adore. 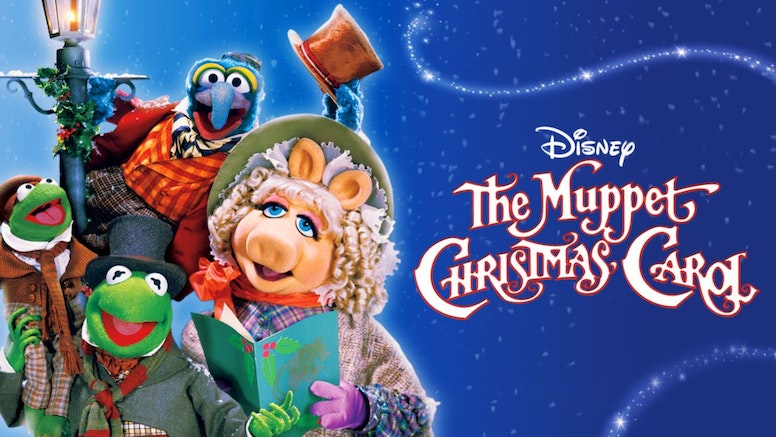 If you’ve always imagined that the Muppet’s take on the Charles Dickens classic was for children only, imagine again. Little ones do, of course, adore it, but we maintain it is every bit as affecting as other versions, plus with catchy songs. Kermit the Frog is, of course, Bob Cratchit, while Michael Caine plays the cantankerous but love-starved Ebenezer Scrooge to perfection. One for all ages. 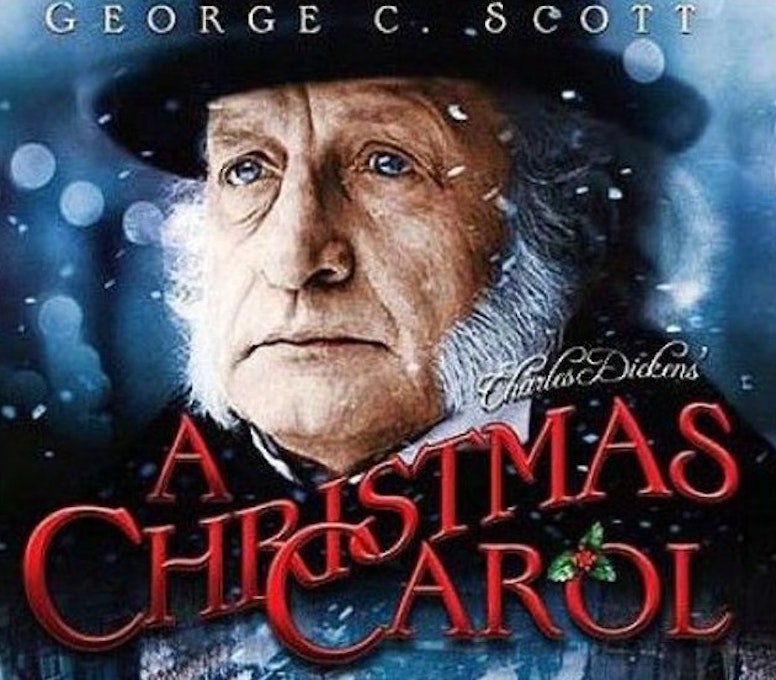 Many argue for the primacy of the Alastair Sim version of A Christmas Carol. We suspect it has to do whichever you first watched in your youth. But for us, George C Scott’s rich performance is unbeatable. The redemption is particularly touching; Tiny Tim is sweet; and the ghost of Christmas Future remains as terrifying as it was when we were nine years old. 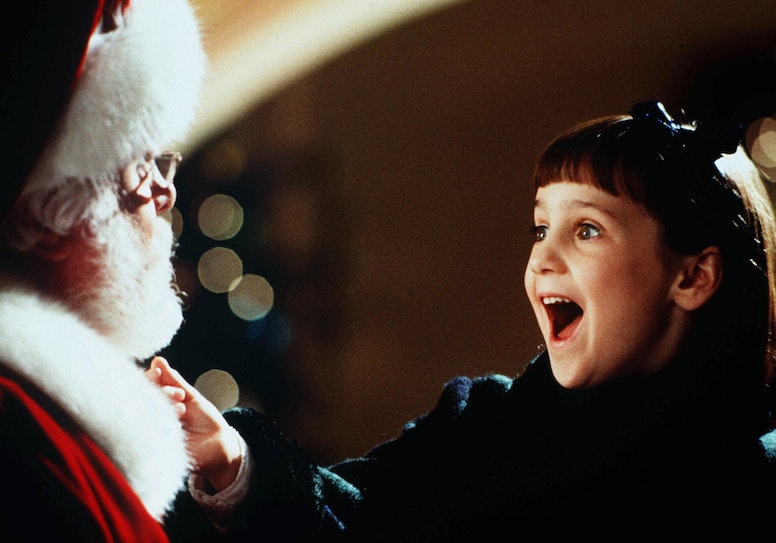 Remakes are often tricky, the beloved originals often silently towering over and casting long, hard-to-live-up-to shadows. And yet we have a soft spot for this John Hughes take on the 1947 classic, which is here transposed to the 1990s; just as with the original, we meet little Susan – played by Mara Wilson – who doesn’t believe in the spirit of Christmas. When a particularly brilliant Santa impersonator comes to Macy’s department store, suddenly everything changes. You can guess how it turns out, right? New York in the background looks dazzling. 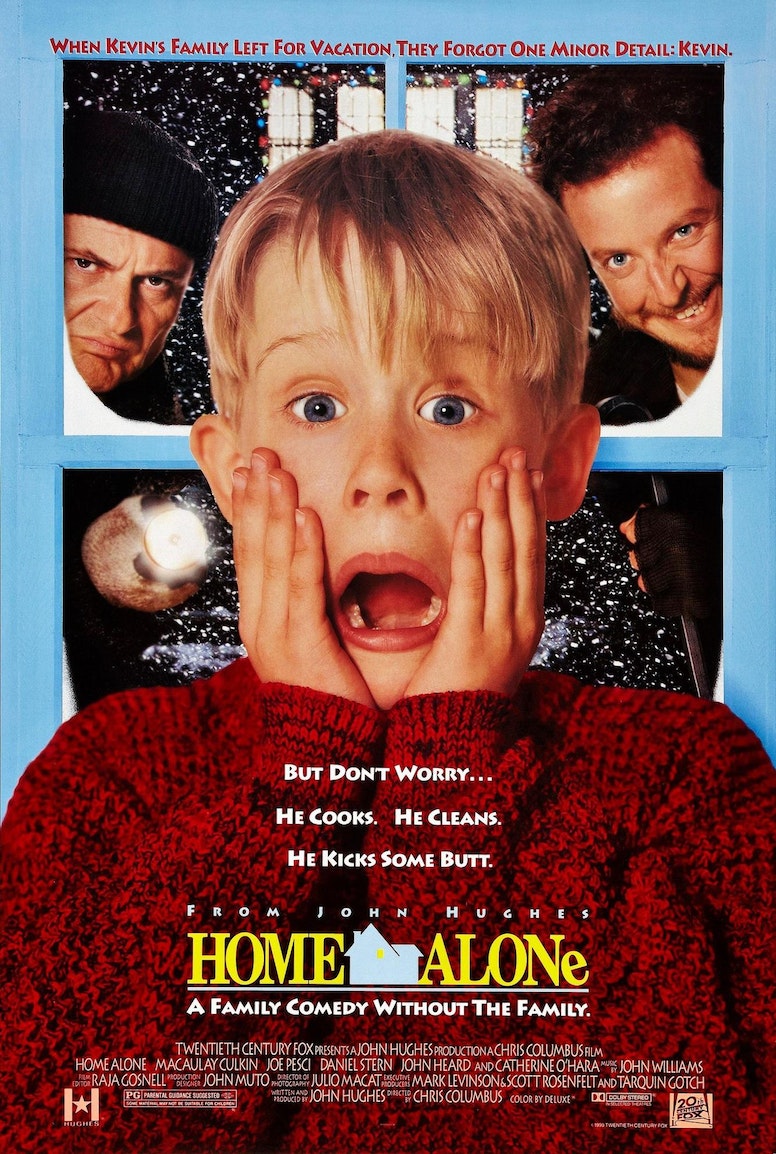 It is a prerequisite for any child of the 1990s that they should have a particular fondness for the Chris Columbus-directed Home Alone. The film tells the story of Kevin McCallister
(Macaulay Culkin) who is accidentally left at home for the Christmas holidays while his whole family jet off to Paris. When a pair of burglars target the house, he must defend it – cue a glorious besting of dastardly adults by a quick-witted child. 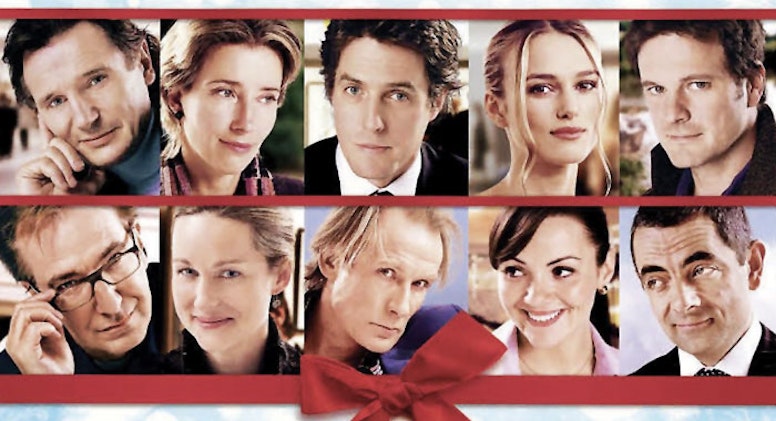 What do you get if you cross Richard Curtis with Christmas? Love Actually is the answer, a rose-tinted look at what matters most in the festive period and beyond. While we’ve always thought there were far too many story lines to do any of them real justice, there is no denying that this is a film that puts you in the spirit. Plus, you get to see Emma Thompson being heartbreakingly good, and Hugh Grant doing a cringy dance to a Girls Aloud track. Both of which are worth seeing if, by some Christmas miracle, you have never done so before. 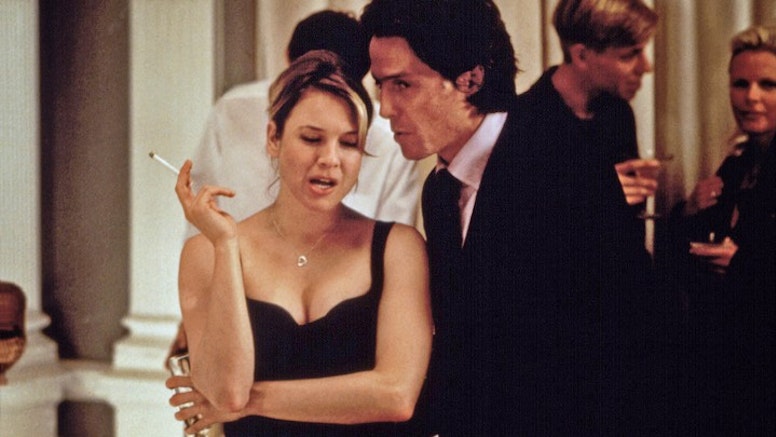 Strictly speaking, this is not a Christmas movie, following instead the love life of the thirty-something year-old ‘singleton’ titular Bridget Jones. However, the movie dovetails with Christmas. The opening scenes feature Bridget (Renee Zellwegger) clapping eyes on Mark Darcy (Colin Firth) in a Christmas jumper for the first time while dressed as a carpet as her mum fusses over caperberry gravy in the background. And the closing snowy scene features a kiss in the snow with… well, we won’t ruin it, in the highly unlikely event that you’ve never seen it. 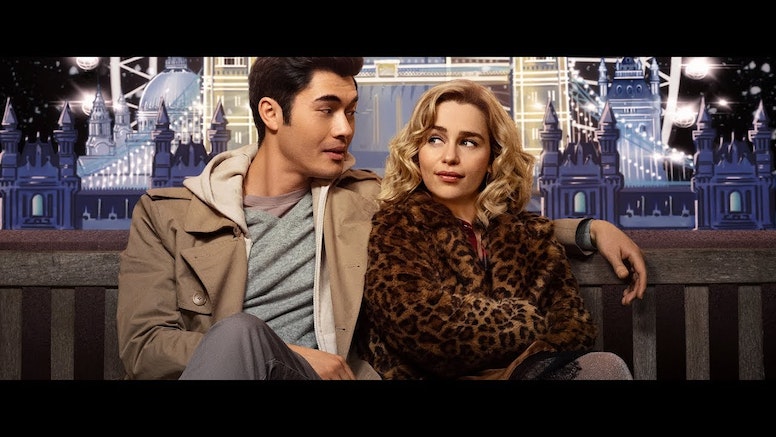 Produced by Emma Thompson, starring Emilia Clarke and featuring the songs of George Michael, this movie has strong credentials. Kate (Clarke) works as an elf in a Christmas store, but her life is spiralling out of control – until, that is, she keeps meeting a saintly stranger.


The Shop Around The Corner 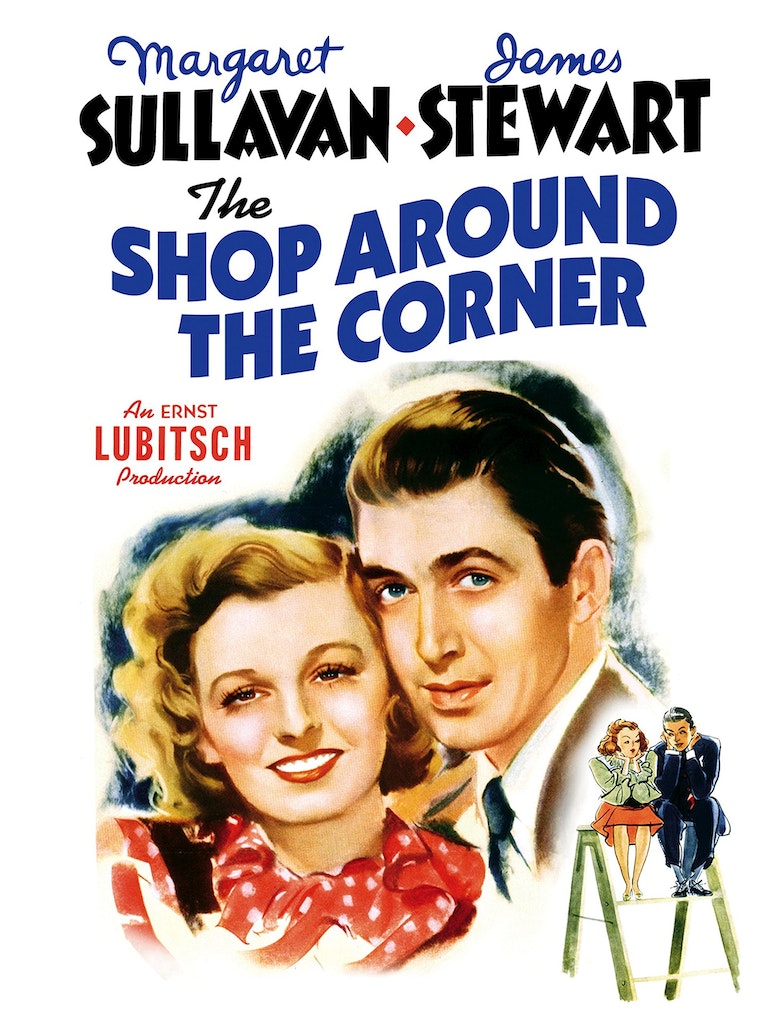 We are big fans of You’ve Got Mail, one of the ultimate romcoms from the classic era Tom Hanks/ Meg Ryan oeuvre. But the 1940 Jimmy Stewart film it’s based on is every bit as magical and maybe more so. Less online dating; just as much in the way of an unlikely love story. Oh, and a Budapest setting.

And if The Shop Around The Corner has you longing for more, why, you know just what to do: hop over to Netflix and watch the 1990s version. A warm hug of a movie.


While You Were Sleeping 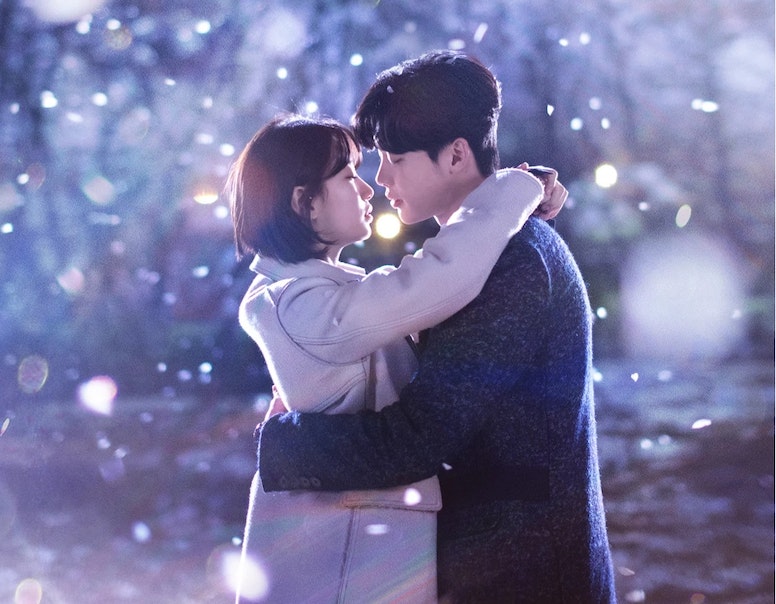 This sweet film tells the story of a lonely subway worker (Sandra Bullock) who gets herself into a pickle when the stranger she’s smitten with falls into a coma and she accidentally steps into the role of his new girlfriend. 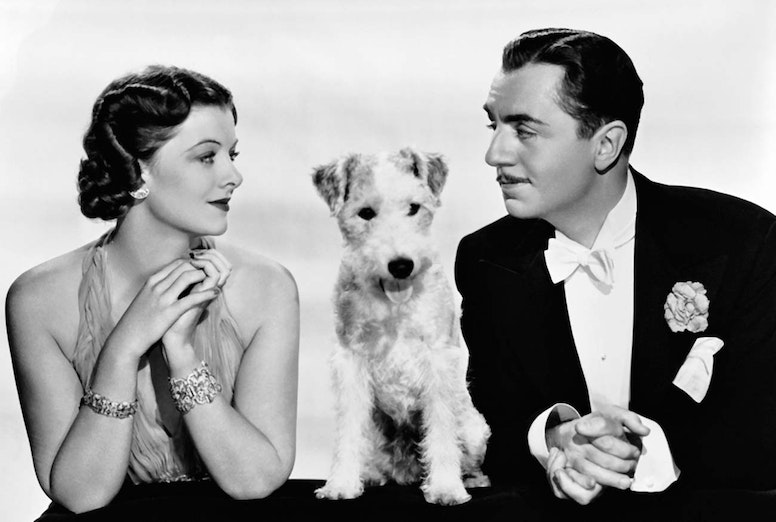 Adapted from a Dashiell Hammett novel, this Christmas whodunnit, the first of the Nick and Nora Charles movies, may be well into its eighties, but it still stands up. Great fun. 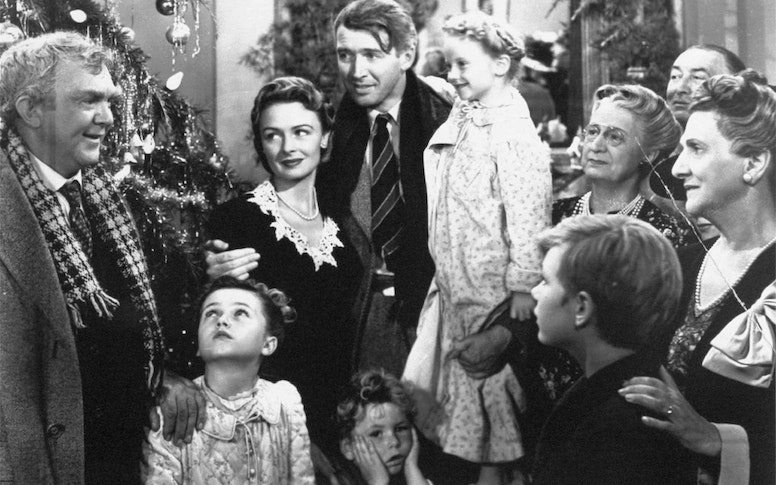 Saving the ultimate for last. Is it even Christmas if you don’t watch It’s A Wonderful Life? We say not. Frank Capra’s tale is a touching as ever. A Christmas tradition that endures – through pandemics and beyond.