12 Great Audiobooks To Listen To In Lockdown

Sitting comfortably? Download these tomes on Audible for entertainment, education, erudition and enlightenment.

There is something incomparably soothing about being read to. Perhaps it is because it taps into our memories of childhood bedtime. Or maybe it is just the sheer joy of being able to close your eyes and get lost in a story. Either which way, we can’t recommend audi books highly enough, and never more so than now. Even the most voracious readers among us may find it difficult to get stuck into a book during lockdown while juggling domestic chores, work and home school. For the over-burdened, it can be just the thing for switching off and out of your own head, whether while doing the laundry or at bedtime, if you fancy being lulled to sleep by the dulcet tones of a narrator. On the flipside, for those who find themselves with time on their hands in lockdown, listening to audiobooks can be an edifying way to fill the hours in the day, all while calming anxieties brought on by the pandemic and its far-reaching effects – no matter your situation.

Happily, Audible has a vast library of books read by brilliant actors, all ready to listen to. Here, we select some of our favourites, from new releases to old favourites; this is, however, very much the tip of the literary iceberg. There are innumerable new worlds to explore. Are you sitting comfortably? 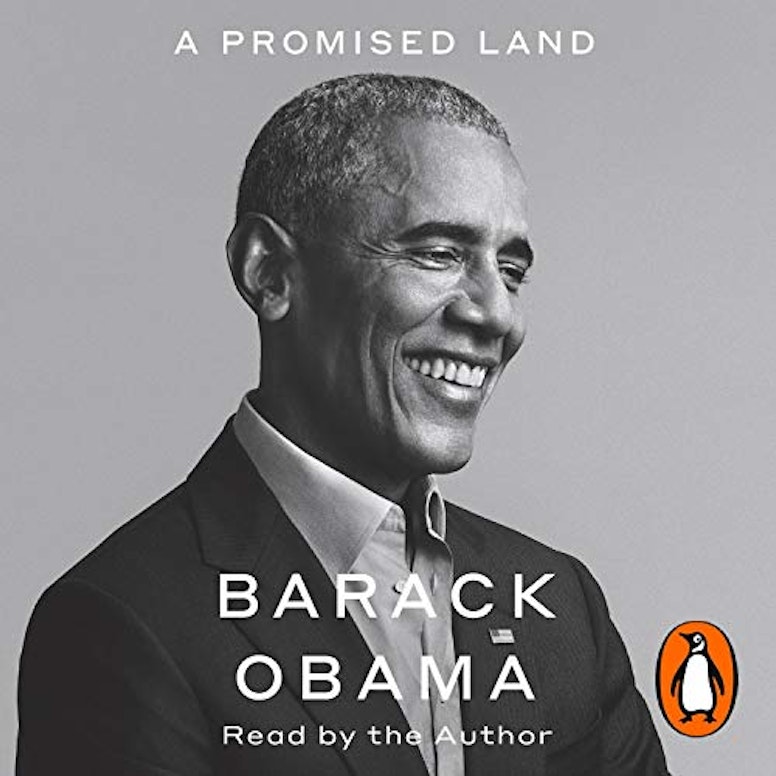 Barack Obama, that sane and calming voice amidst the mad clamour, narrates his own odyssean journey – at times an improbable one – to the White House in 2008. As it promises, ‘Obama takes listeners on a compelling journey from his earliest political aspirations to the pivotal Iowa caucus victory that demonstrated the power of grassroots activism to the watershed night of November 4th 2008, when he was elected 44th president of the United States, becoming the first African American to hold the nation's highest office.’ An excellent listen, both for its riveting content, and for the reassurance to be found in this most stately and dignified of politicians’ composure and reflection – those last two qualities ones the world could have done with more of in the past few years. They say: ‘This beautifully written and powerful book captures Barack Obama's conviction that democracy is not a gift from on high but something founded on empathy and common understanding and built together, day by day.’ Amen to that.

A Life On Our Planet 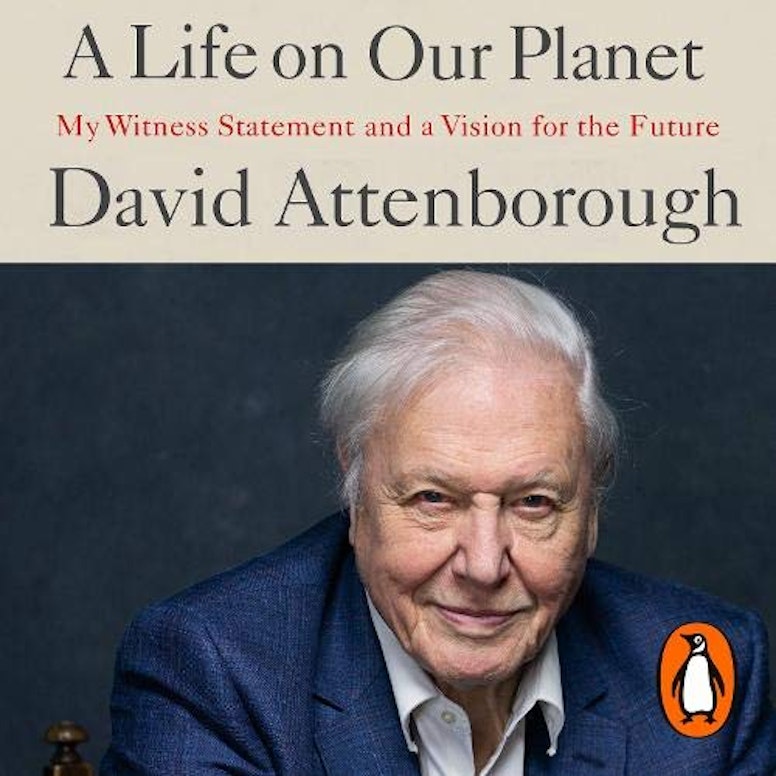 The words ‘national’ and ‘treasure’ get bandied around liberally. David Attenborough is up there with The Queen when it comes to having a legitimate claim to them. The great broadcaster and natural historian narrates his latest book, in which, at the age of 94, he looks back on a lifetime spent observing the wild. And yet this is no standard memoir; rather, it is a mission statement, an urgent and vital summation of all his life’s work. In its pages, he documents the decline, imperceptible at first, of the ‘untouched’ natural world that he knew as a young man, and the cumulative vast loss of the planet’s biodiversity. But this is not a story of doom, or at least it need not be; it is one designed to inspire action. As he says, ‘I have been witness to this decline. A Life on Our Planet contains my witness statement and my vision for the future - the story of how we came to make this, our greatest mistake, and how, if we act now, we can yet put it right. We have the opportunity to create the perfect home for ourselves and restore the wonderful world we inherited.’ Essential listening. 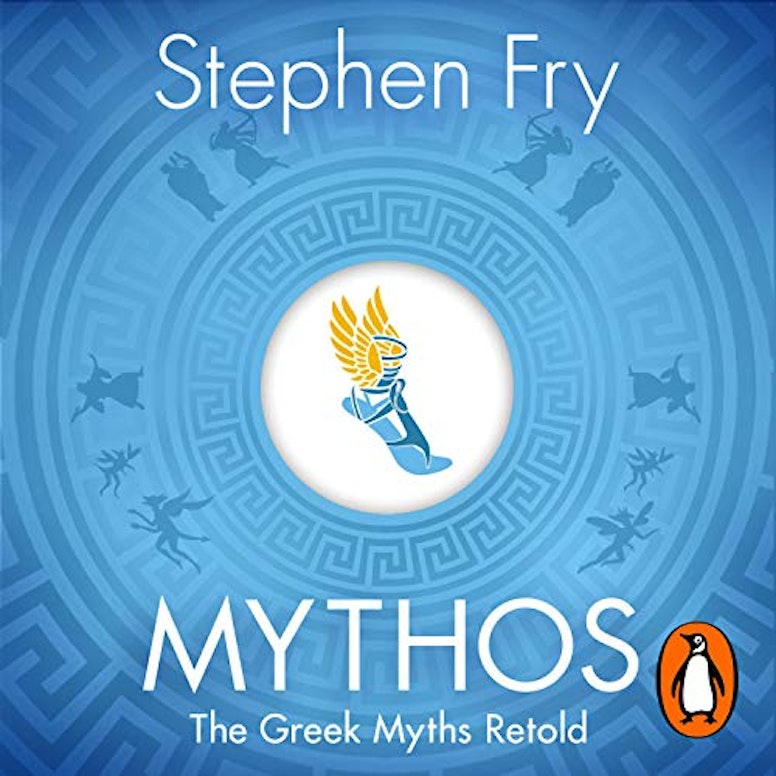 Do you long to go back to the classics you loved at school? Perhaps you’d like to know more about the almost three millennia-old stories that form the basis of so much of the literary canon? Or maybe you’d simply like to get lost in some extraordinarily compelling stories from the ancient world, many of which are arrestingly visual and feature heroes, deities, magic and mythical creatures. Whichever it is, there are few better places to start than with Stephen Fry’s Mythos, which retells these classic tales of folklore, from the well-known to the more obscure. Narrated by Fry himself, it makes a great listen with older children too; tune in in rapt awe to stories about ‘the wise Athena as she is born from the cracking open of the great head of Zeus… Shiver in fear when Pandora opens her jar of evil torments… and listen with joy as the legendary love affair between Eros and Psyche unfolds’. Brilliant, brilliant stuff that transports you to another world; particularly welcome right now. 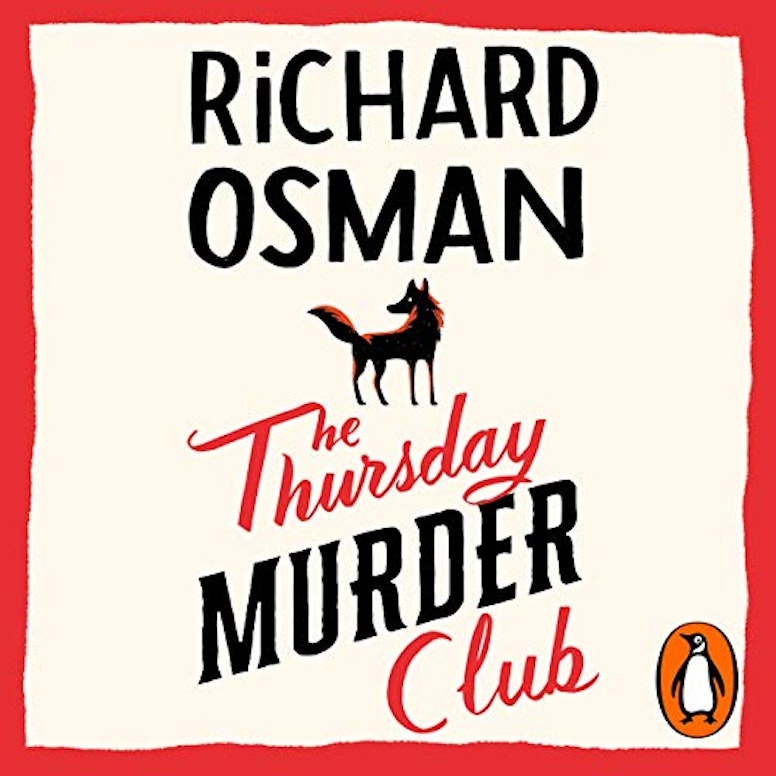 If you, like us, are of the strong conviction that rainy lockdown days are for cosy crime capers, then you’re bound to enjoy Richard Osman’s debut, The Thursday Murder Club, read here by the author himself along with the unerringly good Lesley Manville. As goes the blurb, ‘In a peaceful retirement village, four unlikely friends meet up once a week to investigate unsolved killings. But when a local property developer shows up dead, 'The Thursday Murder Club' finds themselves in the middle of their first live case.’ The first in Osman’s series, this promises to be a page-turning joy. 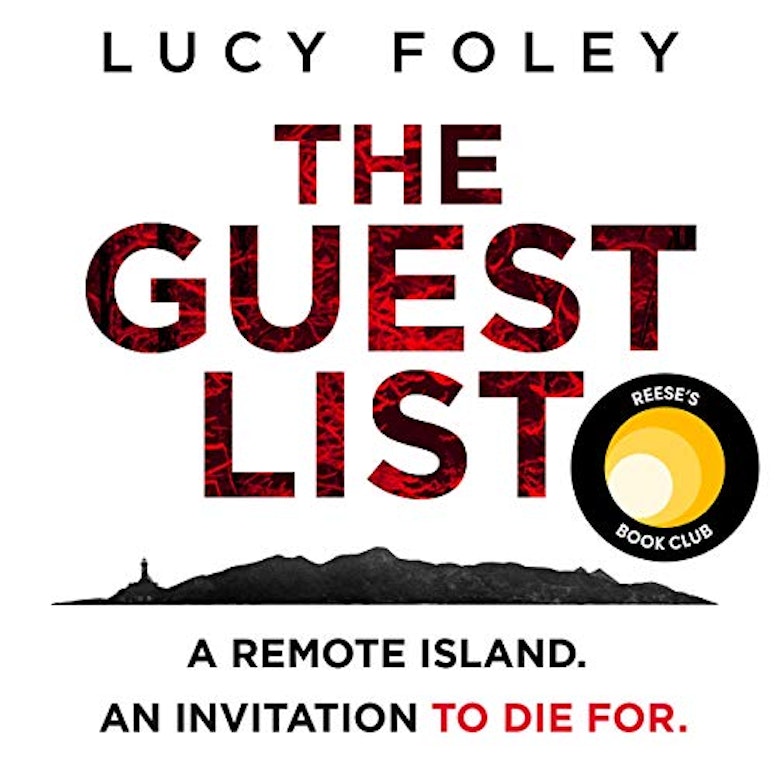 Got a taste for a whodunnit? Lucy Foley’s number one Sunday Times bestseller and Waterstones Thriller of The Month is a total treat, as the awards and accolades it is covered in attest to. The setting is classic mystery – an island – and the situation excellent: a wedding, featuring old friends (read: old scores to settle). Expect ‘past grudges. Happy families. Hidden jealousies. Thirteen guests. One body. The wedding cake has barely been cut when one of the guests is found dead. And as a storm unleashes its fury on the island, everyone is trapped. All have a secret. All have a motive. One guest won’t leave this wedding alive....’ Hooked yet?

And Then There Were None 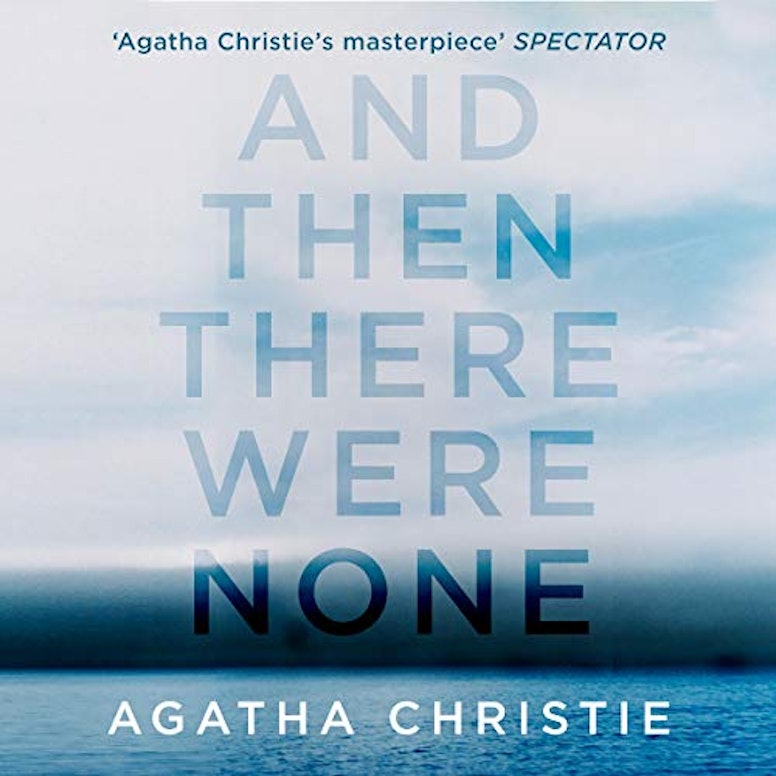 On the theme of cosy crime, it would be downright neglectful – nay sacrilegious – not to include one of Agatha Christie’s eighty-odd books. She remains, after all, undisputed queen of the whodunnit. Read by Dan Stevens of Downton fame, And Then There Were None features neither of Christie’s two iconic sleuths (Poirot or Marple), but is an undisputed classic. Set on an island – loosely based on Burgh Island in Devon – ten guests, unknown to one another, have invited/ lured for what soon transpire to be spurious reasons. Before long, they start dropping like flies. Claustrophobic and brilliantly told, this is one of the darker tales in the Christie oeuvre. 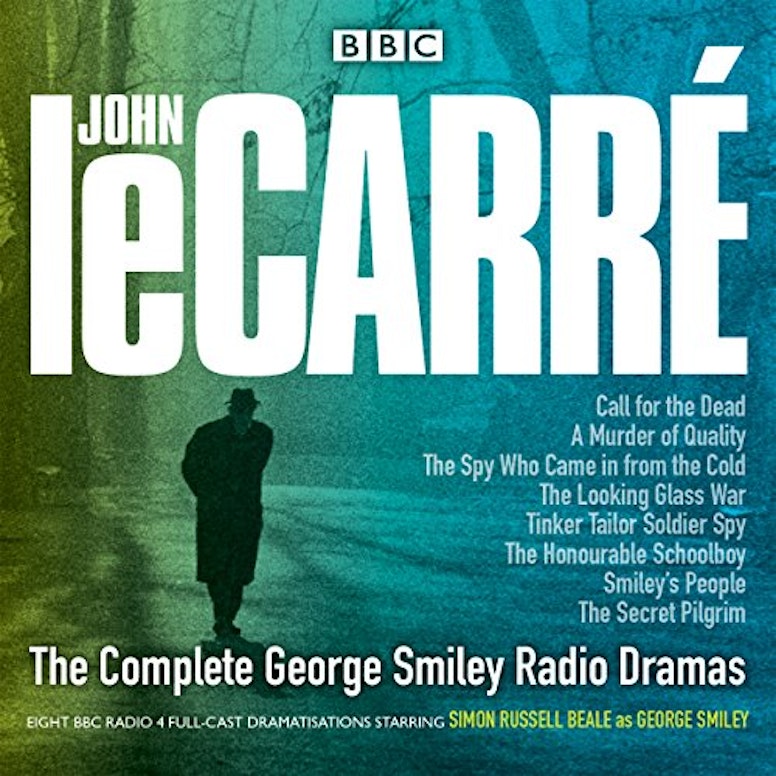 Featuring the brilliant Simon Russell Beale in the lead role alongside a stellar cast that includes Kenneth Cranham, Eleanor Bron, Brian Cox, Ian MacDiarmid, Anna Chancellor, Hugh Bonneville and Lindsay Duncan, listen to this for a reminder of the towering genius of the late John Le Carre. His novels revolving around the apparently ordinary but frighteningly astute spy Smiley are rightly regarded as contemporary classics, drawing on Le Carre’s own experience working within the field of espionage. 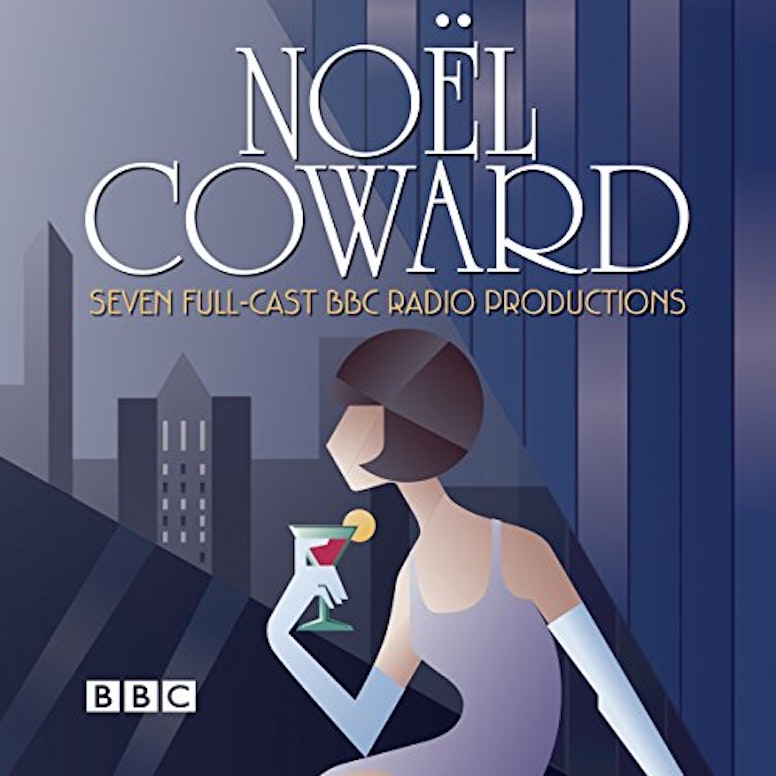 A peerless cast that includes Helena Bonham-Carter, Bill Nighy, Judi Dench, Celia Imrie, Roger Allam, Harriet Walter, Paul Rhys, Stephanie Cole and Paul Scofield star in this delicious collection of classic plays by the fizzingly witty Noel Coward. And well they might; for no other playwright captures the glittering high society of the 1920s with so much vim, so many throwaway yet immortal lines, or so much sophistication. Encompassing Privates Lives, Hay Fever, Blithe Spirit, Design for Living, The Vortex, Still Life and Present Laughter (that last so recently staged to perfection at the Old Vic starring Andrew Scott), this is an absolutely delicious listen. 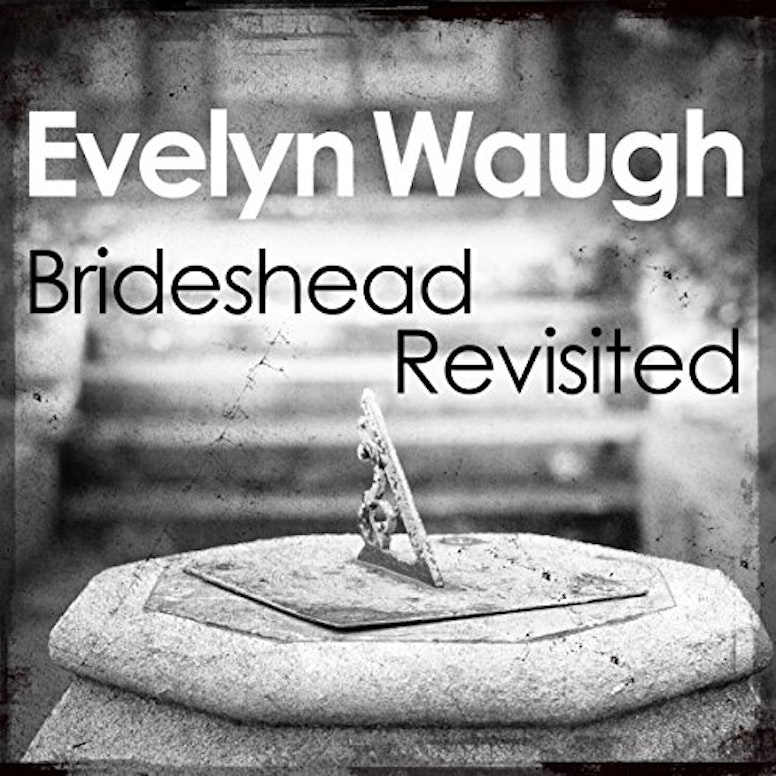 Read by Jeremy Irons who famously starred as Charles Ryder in the 1981 adaptation of Waugh’s classic novel, we could listen to this for his gravelly voice alone. And to anyone who has ever watched the series, his narration will doubtless evoke the Oxford of the 1920s, the pre-lapsarian world inhabited by Charles with Sebastian Flyte – before, that is, their arcadia becomes complicated by family, religion, alcohol and the real world. Lie back and listen to Irons’ inimitable reading of the words: ‘I had been there before. I knew all about it.’


The Pursuit of Love 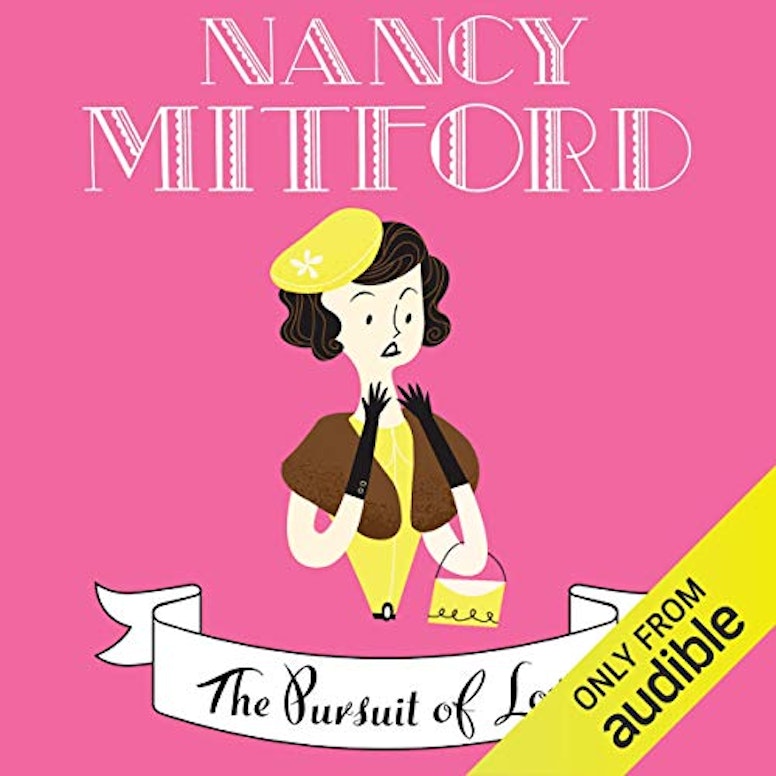 Read by Emilia Fox, Nancy Mitford’s delicious tale of the life and loves of Linda Radlett sparkles as brightly today as when it was first published in 1945. As gloriously funny as it is acerbically biting, this story is one to be listened to again and again, through tears of laughter. 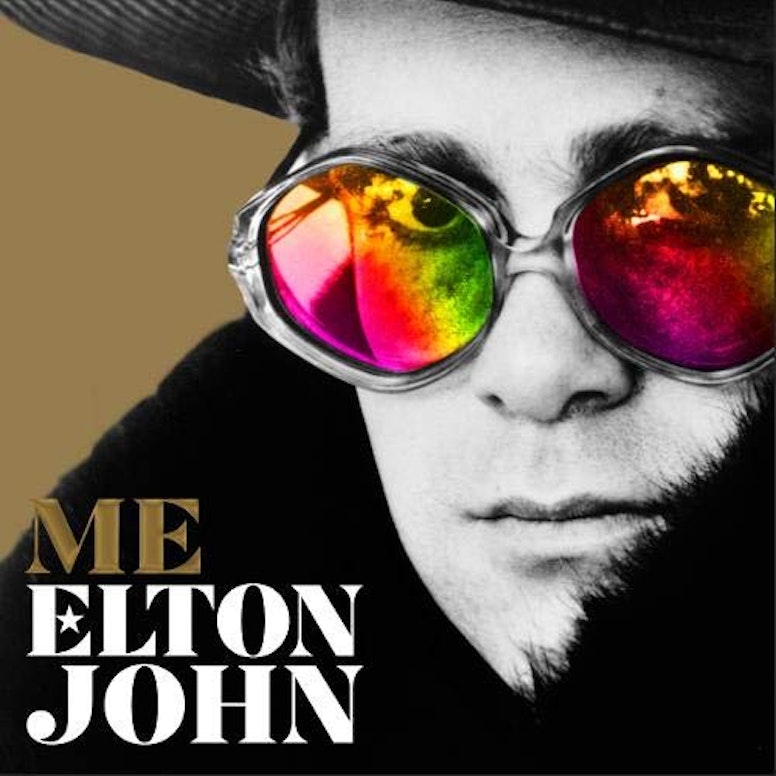 One of our top reads of 2020, Elton John’s memoir, which formed the basis of the Taron Egerton-starring movie Rocket Man, is brutally honest, brilliantly funny and often very moving. Narrated here by both Elton and Egerton, the rock star – born Reginald Dwight – does not shy away from examining his addictive personality and battles with booze, drugs, shopping and anger. They say, ‘His life has been full of drama, from the early rejection of his work with songwriting partner Bernie Taupin to spinning out of control as a chart-topping superstar; from half-heartedly trying to drown himself in his LA swimming pool to disco-dancing with the queen; from friendships with John Lennon, Freddie Mercury and George Michael to setting up his AIDS Foundation. All the while, Elton was hiding a drug addiction that would grip him for more than a decade.’ Written with Alexis Petridis, this riveting story is expertly told ¬– illuminating and hilarious in equal measure. 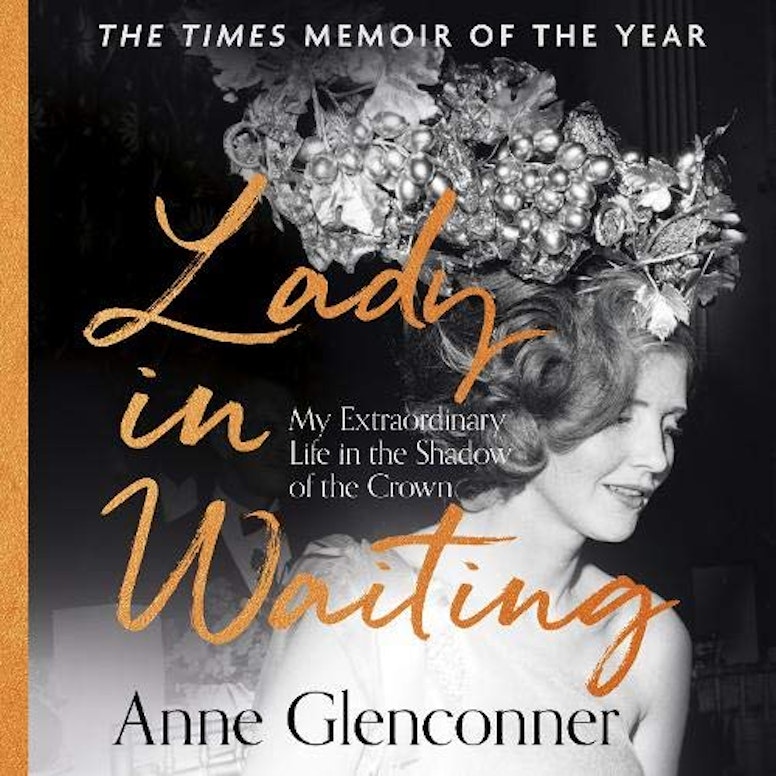 When Lady Glenconner appeared on The Graham Norton show alongside Helena Bonham Carter, the latter fresh from playing Princess Margaret in The Crown, few could have had any idea that she would upstage the actress who played her former boss quite so completely. Not, one felt, that Bonham-Carter minded in the least. For Lady Glenconner was so fantastically funny on the extraordinary turns her life has taken, that it would have been churlish to do anything but listen agog in rapt awe. Born at Holkham Hall in Norfolk, from earliest childhood Anne mixed in close circles with the royal family. As they describe, ‘From Maid of Honour at the Queen's Coronation to Lady in Waiting to Princess Margaret, Lady Glenconner is a unique witness to royal history as well as an extraordinary survivor of a generation of aristocratic women trapped without inheritance and burdened with social expectations. She married the charismatic but highly volatile Colin Tennant, Lord Glenconner, who became the owner of Mustique. Together they turned the island into a paradise for the rich and famous, including Mick Jagger and David Bowie, and it became a favourite retreat for Princess Margaret.’ Thought the royals were a sedate lot? Read this startling account and think again. Packed with humour, intrigue and great personal tragedy too. 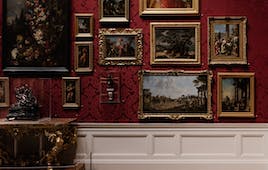 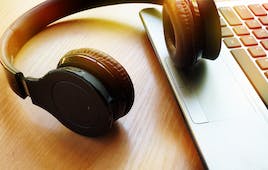 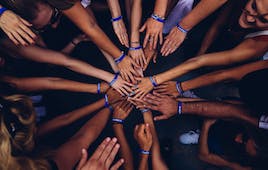