Changing to a minimalist lifestyle is a big decision and there's a lot to think about. Take the stress of shrinking down with these useful resources.

For most of us, the term ‘minimalism’ commonly refers to the home, describing, in essence, William Morris’ dictum to ‘have nothing in your houses that you do not know to be useful or believe to be beautiful’. Yet, whilst we find the John Pawson school of strict eschewal of extraneous possessions beguiling, the new breed of restraint in the 21st-century has come to mean more than that. For today, its advocates champion a whole minimalist lifestyle, which takes in everything from what we eat and what we wear to how we travel and, yes, what we choose to keep in our homes.

Ever since Marie Kondo’s KonMari method gained traction and caught the imaginations of those keen to cut out the junk and keep only that which ‘sparks joy’, a movement to declutter was born. Coupled with the increasing collective concern to do as little harm to the environment as possible and thus eschew rampant consumerism, increasing numbers of people have begun to explore the idea of a simple minimalist lifestyle. In addition, its benefits to mental health and wellbeing are well-documented; a 2014 study showed that materialism was associated with lower wellbeing. Having fewer possessions and, therefore, reducing ovstimulation, is also linked with fewer distractions and thus a clearer mind.
Sold yet? If you want to get started on decluttering your mind and living a minimalist lifestyle, here are a few of the best resources online to explore. 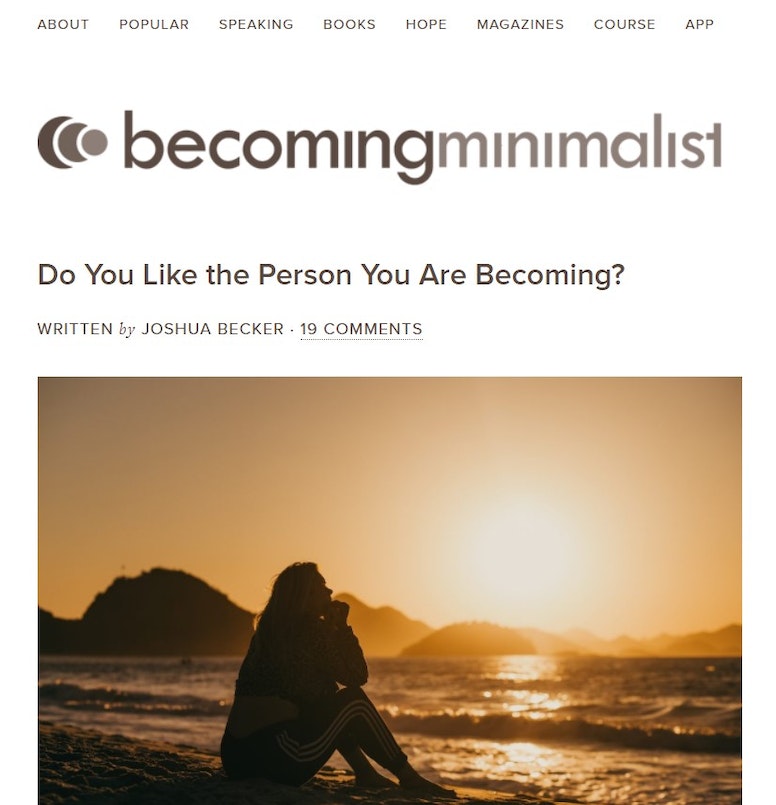 Hundreds of thousands of those who subscribe to the minimalist lifestyle do so with support from Becoming Minimalist. Founded by Joshua Becker, it is ‘designed to inspire others to pursue their greatest passions by owning fewer possessions.’ For him, the impulse to strip away that which was extraneous in his life began with a simple conversation. One day, when clearing the garage at his Vermont home, a chance comment from his neighbour that, perhaps, he needn’t own all of this stuff, sparked a full-scale revolution. As he says, ‘My belongings were not adding value to my life. Instead, they were subtracting from it. My family and I began donating, recycling, and removing our unnecessary personal possessions. We embarked on an intentional journey to own less stuff. As a result, we discovered more money, more time, more energy, more freedom, less stress, and more opportunity to pursue our greatest passions: faith, family, friends. And we decided to write about it.’ His ensuing website is a great starting point to pick up minimalist lifestyle tips and, if duly inspired, to buy one of his four books on the subject. For our money, one of the best minimalist lifestyle blogs about. 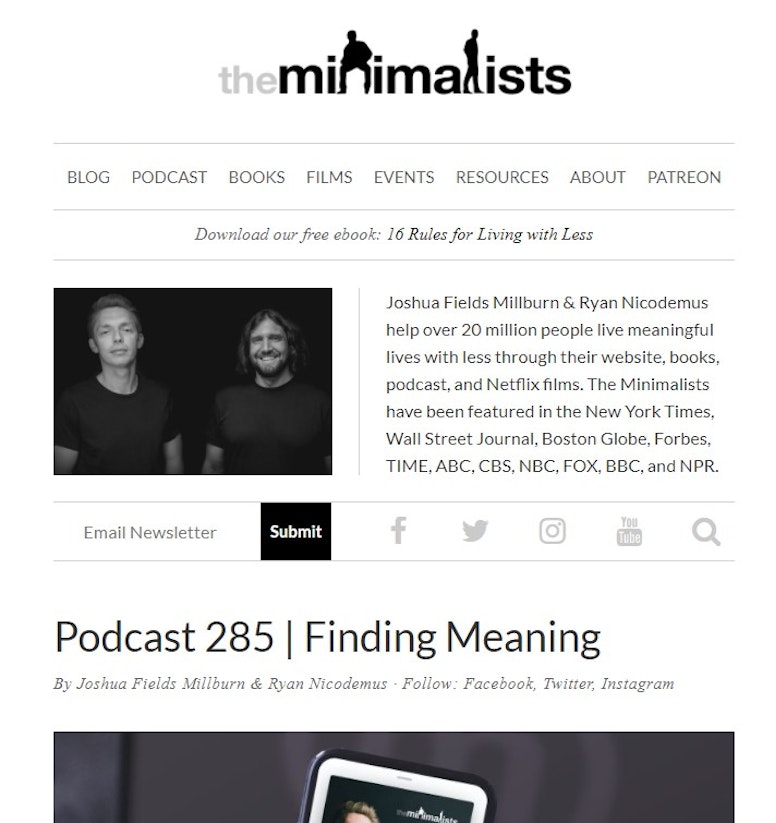 Some 20 million people have turned to Joshua Fields Millburn and Ryan Nicodemus’ website, The Minimalists, for guidance as to how to live meaningful lives with less. In fact, so popular has it proved that the duo has brought out books on the subject, as well as a podcast and even a couple of minimalist lifestyle documentaries via Netflix. As they explain, the common misconception is that the end goal of minimalism is to eliminate and let go of stuff for its own sake whereas, in fact, the way they see it is the opposite. ‘Minimalists don’t focus on having less, less, less,’ they explain. ‘We focus on making room for more: more time, more peace, more creativity, more experiences, more contribution, more contentment, more freedom. Clearing the clutter frees up the space. Minimalism is the thing that gets us past the things so we can make room for life’s important things—which aren’t things at all.’ The duo came to that realisation when, aged 30, they were earning six-figure salaries – achieved by working 80-hour weeks – and had all the trappings that go with it, yet they found that none of it was making them happy. That was ten years ago, and since they have legion of fans, have spoken at Harvard, Apple and Google – and have left the corporate world completely, choosing instead to invest their time contributing to worthy causes. If anyone can inspire you to ditch the excess baggage, it’s these two. Start with the blog, which addresses the basics such as ‘what is minimalism’ and then goes on to explore popular topics through essays such as ‘success does not exist’, ‘not busy, focused’ and ‘getting rid of the internet at home’. 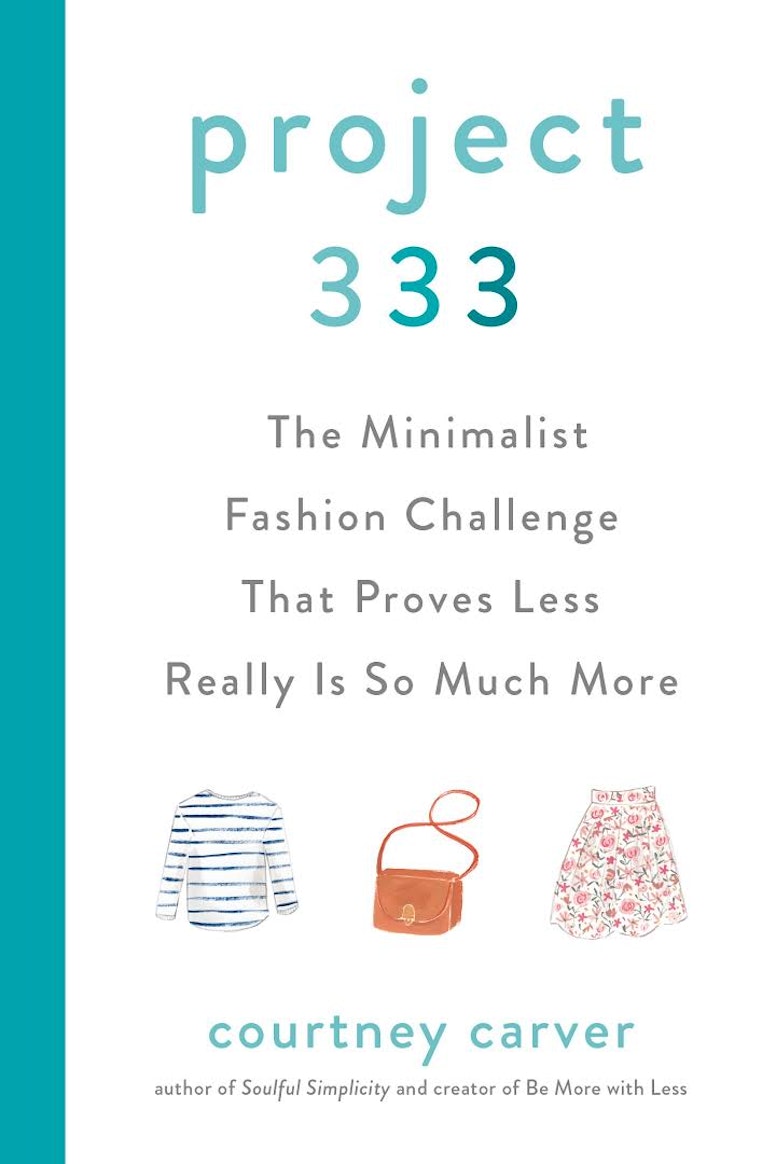 Photographer and writer Courtney Carver is the minimalist behind the website, Be More With Less, which persuasively argues for the joy inherent in living with less. She is also the author of various books centred on living a minimalist lifestyle, including Project 333, through which she issues a ‘minimalist fashion challenge’. Having featured in Vogue, Real Simple, and O, the Oprah magazine, Courtney’s ideas have since gained an impressive following. The premise? To prove that the fashion choices we make matter and that there is joy inherent not having largely unworn or ill-fitting items spilling out of our closets. Presented as a three-month challenge, it has been revolutionising wardrobes everywhere since 2010. Learn the rules here. 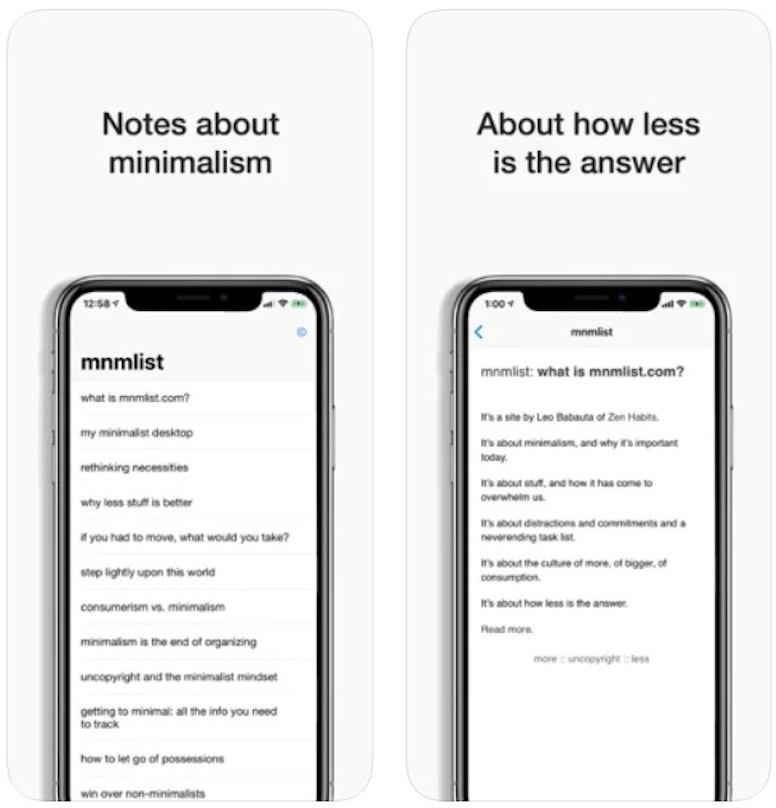 Do you struggle with keeping all of your notes in one place? Are there post-its dotted around your house? Note pads buried under mountains of paperwork or stashed in drawers, never to be found again? Once the answer to this conundrum would have been a good filing system, along with the discipline to stick with it. These days, however, it comes in the form of Minimal Notes, a simple notebook that lives on your phone, and where you can write down ideas and thoughts in one place, in a readable style using elegant typography. Simple? Yes. Ingenious? Also yes. There are a plethora of clever features, such as the fact that you can transform your notes into instant websites within seconds, as well as being able to check off to-do lists which, in turn, can be synced with your calendar. Simple and very clever stuff. 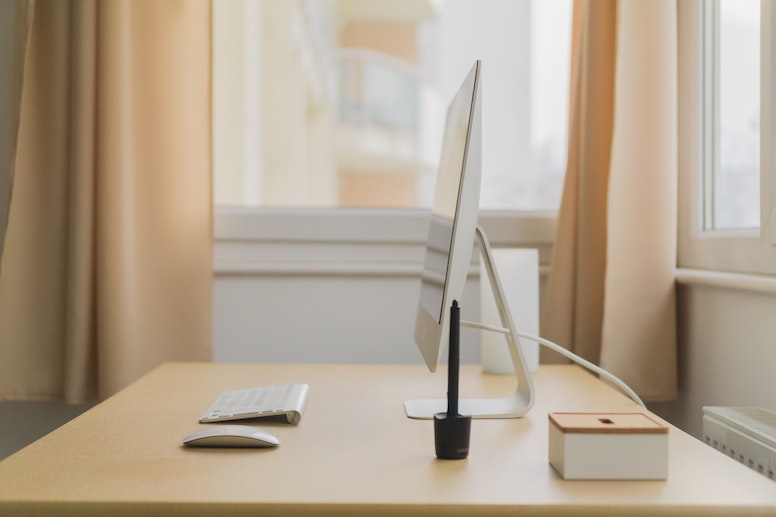 Inspired by Joshua Becker’s Becoming Minimalist website? Then why not go to the next level and enrol on his minimalism training course too? Those who sign up can expect to receive instruction on how to live a minimalist lifestyle and, as course alumni have attested, see tangible results in all aspect of life – even potentially manifested in lowered credit card bills. The Uncluttered course might be the one for you if you’ve already embarked upon the road to minimalism but feel as if you’re floundering; if you feel trapped by the weight of your possessions; if you long to be able to find things easily, without rifling through overstuffed drawers; or if your home doesn’t feel conducive to rest. It costs $89, and for that, you get lifetime access. 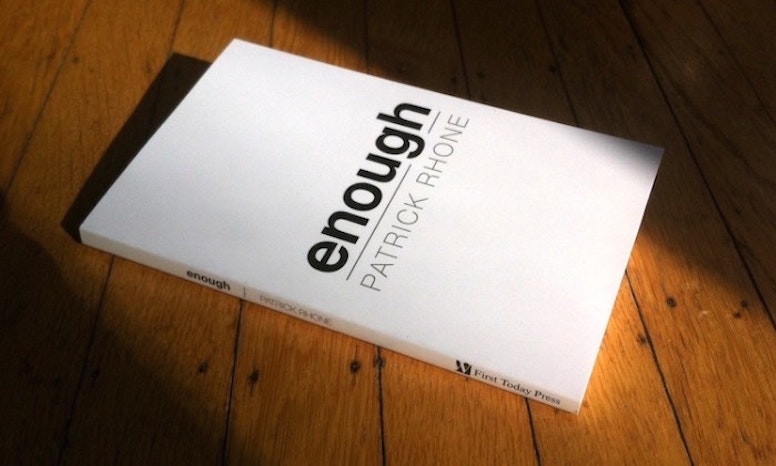 Patrick Rhone is the author of ebook, Enough. True to its fittingly simple title, its pages detail how we might achieve an ultra-minimalist lifestyle by eliminating distractions and eschewing that which we don’t need. Readers have called it ‘life-changing’. They say: ‘Enough is a very personal metric. Like our center of gravity, each of us must find what is enough by swaying from less to more until a comfortable medium is found. The goal, then, is not to find what is, or will be, enough forever. That is impossible. The goal is to discover the tools and strategies you need to find what is enough for you right now and provide the flexibility to adjust as the conditions change.’ Buy it, ditch the extra and feel instantly lighter. 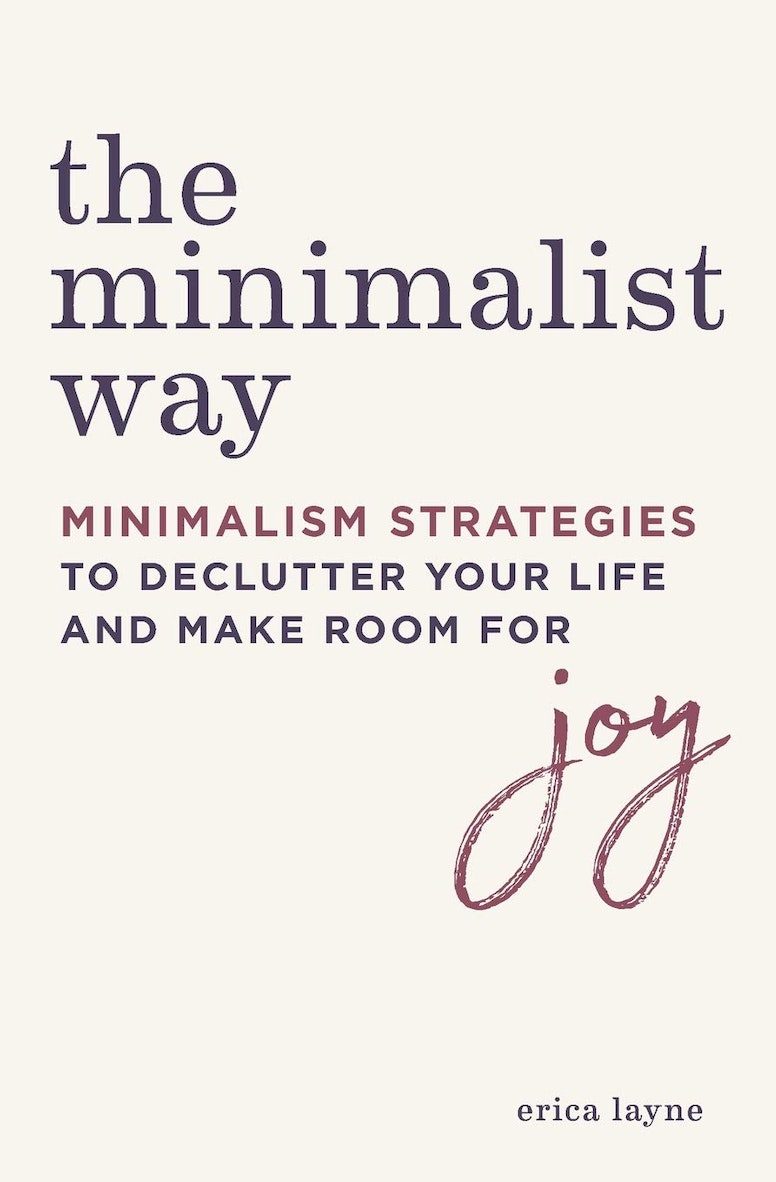 Through the pages of this book, author Erica Layne expertly guides us through strategies to use to declutter our lives, thus making space for other things, chief amongst them, joy. She first explains the principles of minimalism, and then backs it up by demonstrating how living the minimalist lifestyle can fit into our lives. Once au fait with the ideas, she then suggests ways in which we may apply non-consumerist principles to everything we do, from spending to food to clothing to family to leisure time, work and much more besides. For those who like action points, this book delivers, thanks to its results-focused checklists and troubleshooting tips. They say: ‘The Minimalist Way will help you take it one step at a time with simple exercises and activities. Ease into minimalism at your own pace and learn how to let go. Filled with practical philosophy and easy-to-use strategies for removing unnecessary distractions and stress, this is the essential guidebook for anyone looking to clear out their physical, mental, and emotional clutter.’ 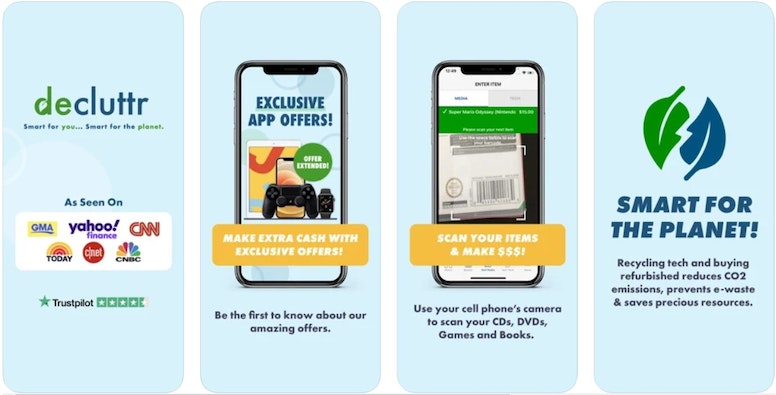 On board with a minimalist lifestyle and how to be a minimalist? The next question, surely, is how to get rid of all that stuff? Unless you want to hire a skip or do endless trips to the dump – especially difficult if you’ve ditched the car as part of your new-found minimalism – it can seem a bit overwhelming. Decluttr is an app that makes it simple to sell – and shop – some of your cast offs. All you have to do is to scan barcodes on old, unwanted CDs, DVDs, games or books and the app will give you an instant valuation (it works equally well with tech items, if you specify models and condition). Then ship your items free of charge and receive payment the day after they arrive. Simple, neat and brilliant for those yearning to lead an urban minimalist lifestyle.

READ MORE
Zoned Out By Zoom? How Tapestry Helps Boost Mind And Mood
7 Great Wellbeing Breaks In Britain
10 Ways To Reduce Your Plastic Use

On the couch with Alex Willcock & Felix Conran, creators of the comfiest sofas in the world.

7 Essential Sites For Creating a Scullery

Thinking of creating a separate hard-working room for dishwashing and storage? Don’t dream of designing a scullery without first checking out these useful and beautiful sites.

Lockdown ennui setting in? Why not tart up tired wooden furniture with this newbie-proof collection of vibrant chalk paints. 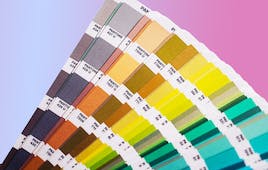 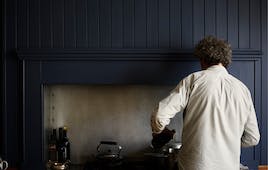 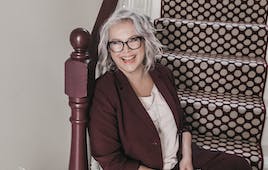 How To Write A Really Good Blog 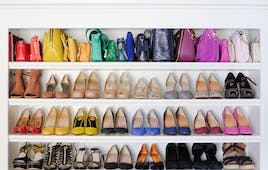