The celebrity event of the year has been and gone - make the leap into film with these sites...

Now we know who the winners are – yes we stayed up all night to catch sight of the frocks, the singers, the dancers and the myriad of sharp tuxedos framing the face of many a famous actor, but one thing we didn’t expect was the sheer power of the event to make us want to dive head first into the film industry (with all the joie de vivre of Anne Hathaway accepting her Best Supporting Actress Oscar). Luckily for all you film enthusiasts we’ve rounded up a selection of fine film fodder to keep you well and truly hooked - go on make the leap and 'live the dream' (as Ben Affleck might say).
BAFTA
www.bafta.org 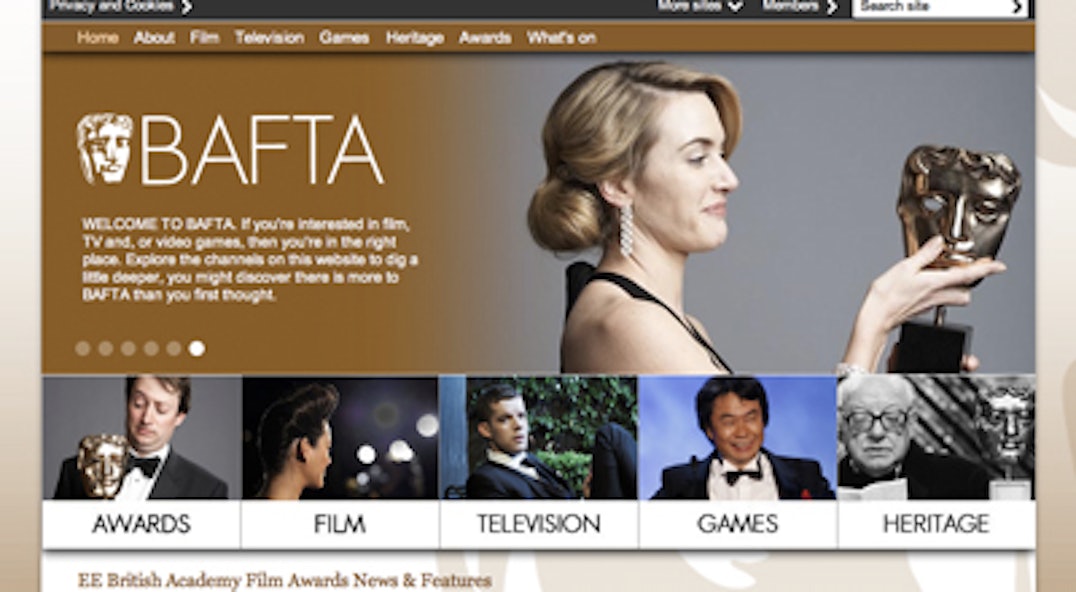 It may be stating the obvious but Bafta more than deserves its place on the list with its beautifully chic website cram packed with all the latest goings on in the British film industry. More importantly the level of support, guidance and inspiration on offer to the next generation is seriously commendable.
OSCAR
oscar.go.com 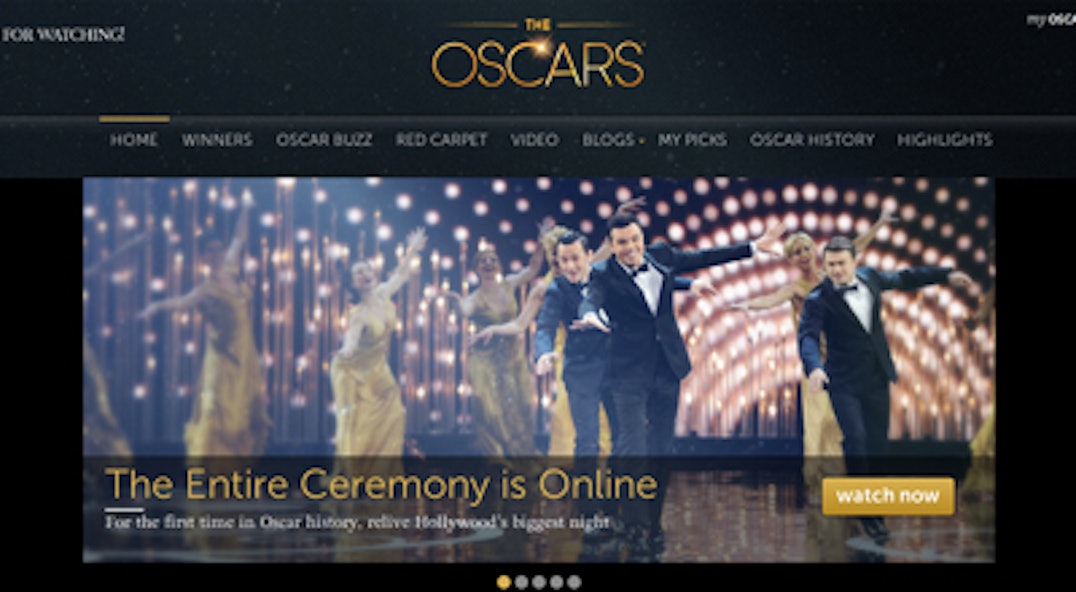 If only to practice some serious visualisation – a few minutes spent looking at ‘The Academy’ website can only be a good thing for those of you who are intent on holding that little gold statuette in the future. As would befit the greatest ceremony on earth, the site is slick (just love that black and gold) and filled with useful information, resources and all manner of sparkling images of the most famous men and women in the world.
SCREEN DAILY
www.screendaily.com 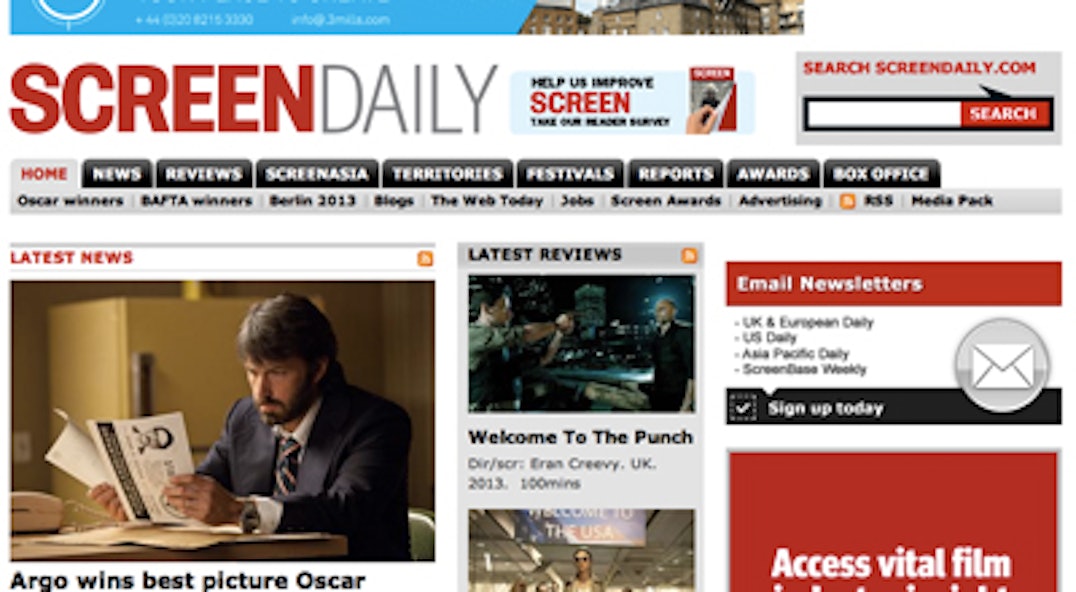 Want to get right to the roots of the film industry? Then Screen Daily is your portal. The site gives a comprehensive overview of all the latest happenings in ‘the industy’, whether its news, reviews or festivals – if it’s at all film-related, Screen Daily will have covered it.
IMDB
www.imdb.com 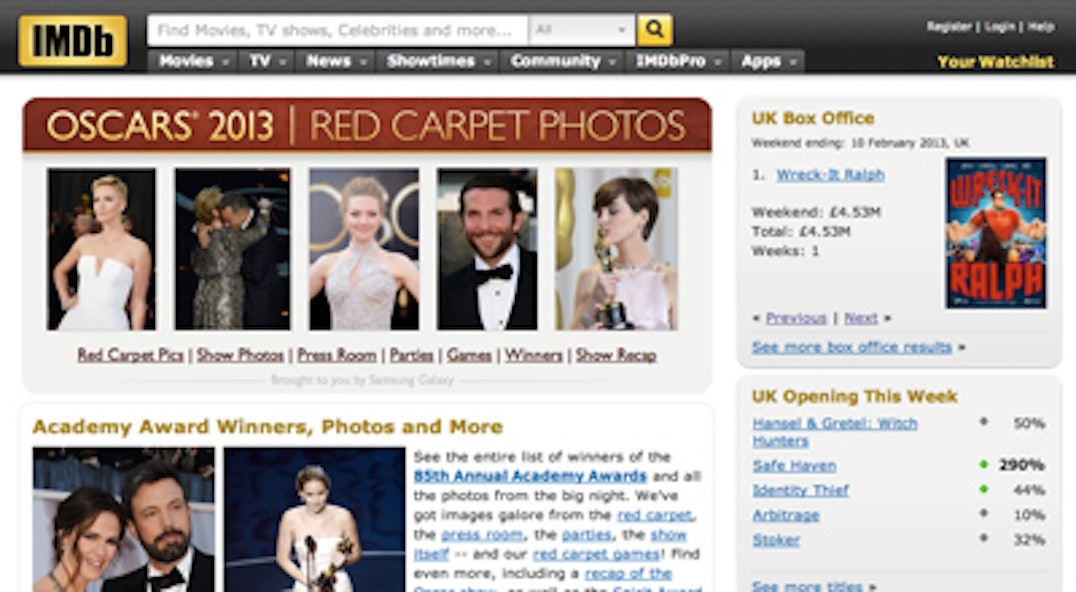 Want to know who played which character in what film? Then the Internet Movie Database is your destination domain. Listing every movie in production and virtually every character ever portrayed in a film, TV series or even on radio the site will give you an immediate insight into the career of whomever you’re watching or potentially meeting. Invaluable.
BOX OFFICE MOJO
www.boxofficemojo.com 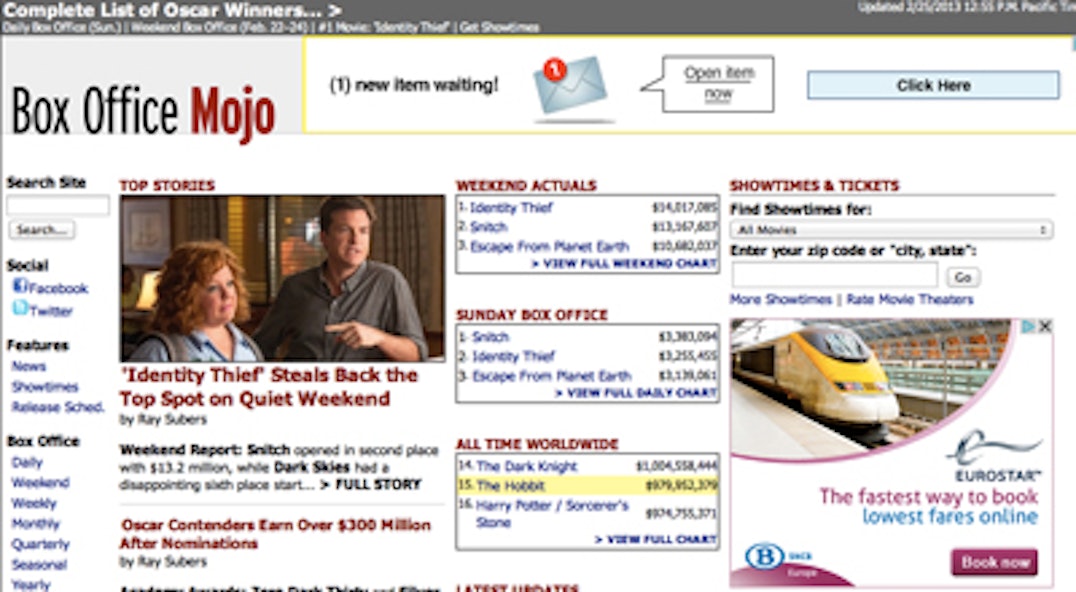 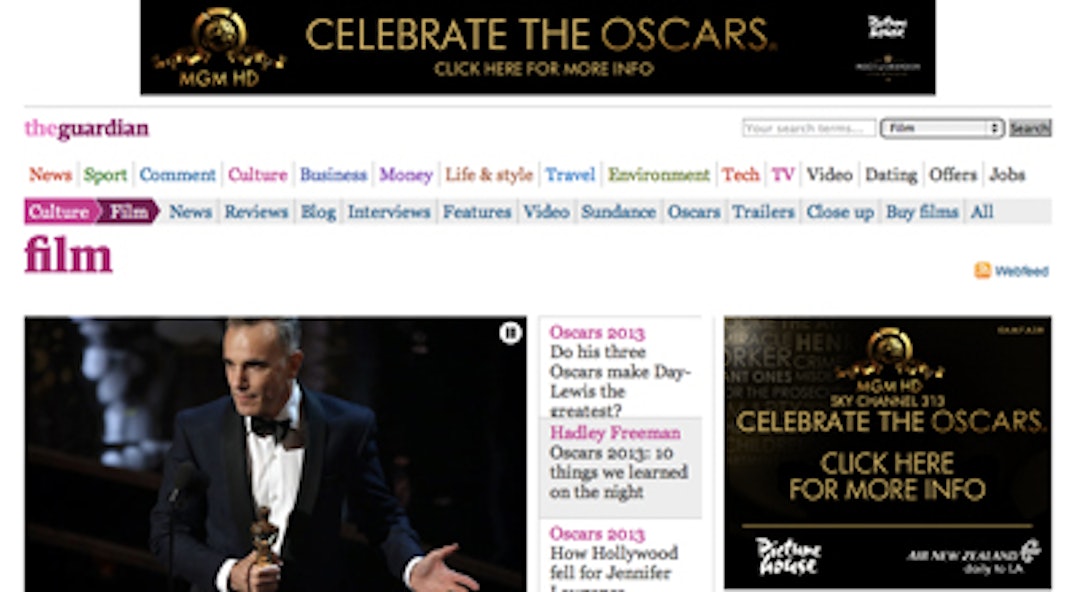 Long heralded and deservedly acclaimed – Guardian Film set a new benchmark when it comes to reviewing the latest releases. Their insightful and often illuminating editorial is just the ticket when it comes to learning about the business; what works, what doesn’t, and crucially why.
BRITISH PATHE
www.britishpathe.com 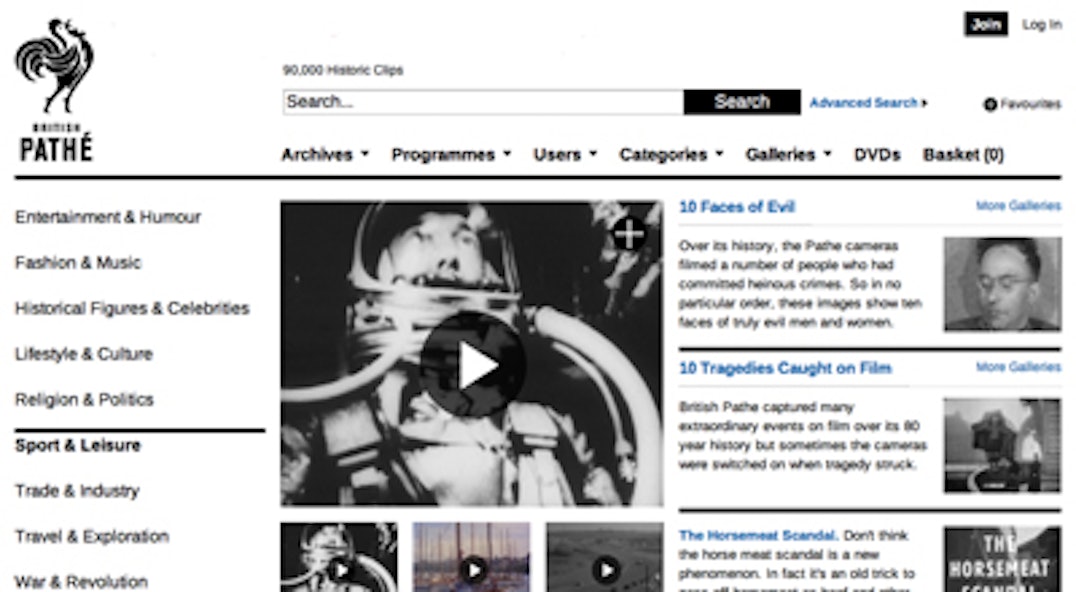 One of our all time favourite websites here at The GWG deserves a mention for its incredible archive of historical footage. Licensing its wares to producers and documentary makers the world over, makes it a hot property when it comes to all things film.
BRITISH FILM COUNCIL
www.film.britishcouncil.org 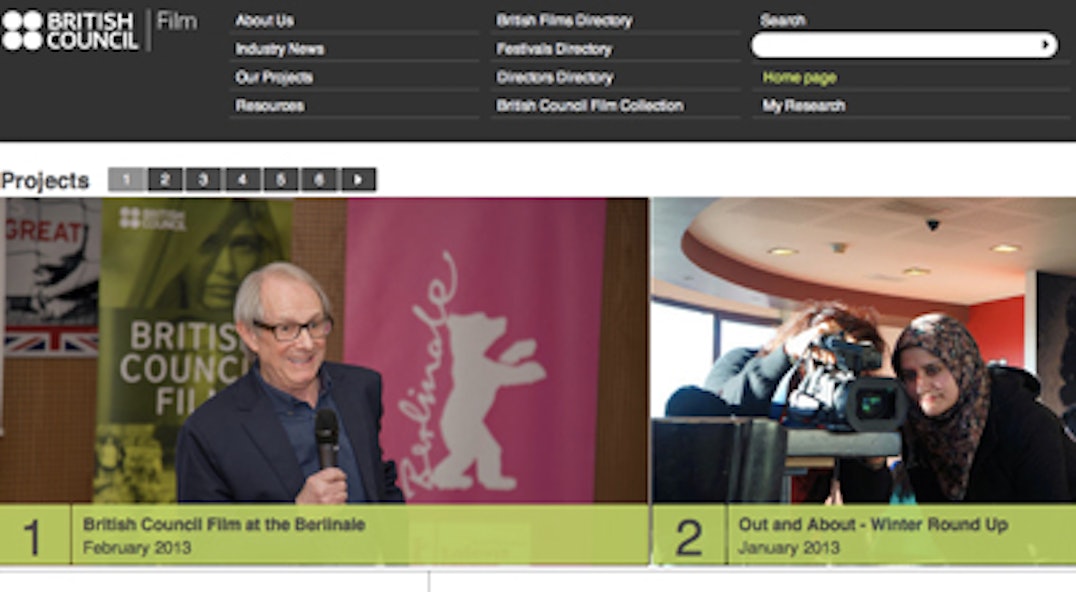 If you’re living in the UK and aim to continue working here, then the British Film Council website is an important resource. Shining a spotlight on all sorts of homegrown talent, the site is chockablock with industry news as well as help with the funding issues that stop many a talented script in its tracks. Well worth a look.
WHO REPRESENTS?
www.whorepresents.com 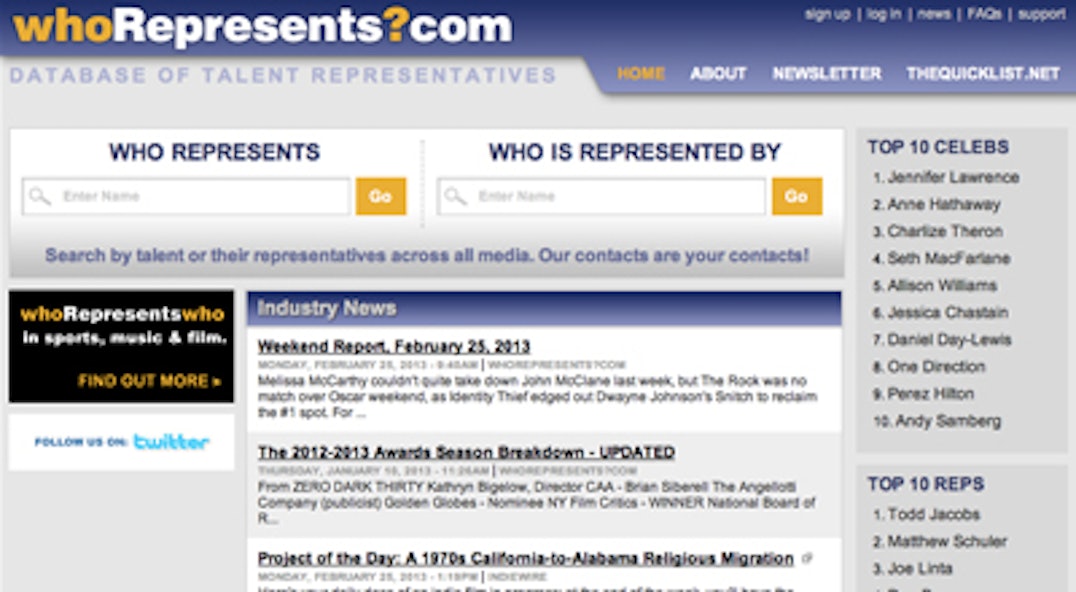 And now to the question we all want an answer to – who is represented by whom, and how the devil do we get hold of them? It’s quite unlikely you’ll be getting straight through to Kiera Knightley’s agent any time soon (unless you are Joe Wright of course – but then he probably has her mobile) but if this kind of information is of value – it’s all here in a nutshell.
MOVIE MISTAKES
www.moviemistakes.com 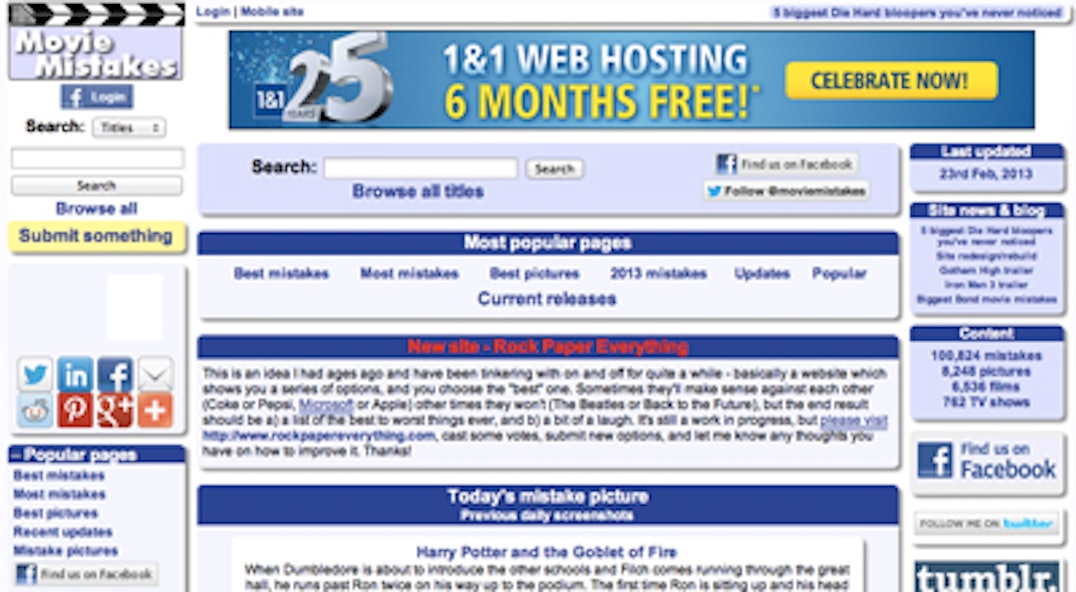 Last but certainly not least, just for a bit of light-hearted fun and banter at the end of a long day, take a peep at Movie Mistakes – the brainchild of ‘British Movie Geek’ Jon Sands who has put his all into creating a site that records (for posterity) the legion of factual, downright impossible and often stupid mistakes that have made it past the edit right into some of the greatest films of all time. Believe us – when you’ve just spotted another typo in the screenplay you’ve already sent out, this site will make you feel waaay better.