‘What is a weekend?’ Not an ounce of the Dowager Countess of Grantham’s customary grandeur deserted her in the delivery of one of Downton Abbey’s most memorable put-downs, delivered to perfection by Dame Maggie Smith. Had, however, she asked what this weekend held, she may have found herself more in favour of the concept. The nation’s most beloved Sunday night costume drama hits the big screen, where we take up the saga with the Granthams in 1927. Expect a marathon of silver polishing, huffing and puffing and rolling pin waving from Mrs Patmore and all manner of social mores, for the film’s central plotline revolves around a visit from King George V and Queen Mary.

Without going the whole hog and employing the services of a full time housekeeper and butler (Carson, Mrs Hughes; how we’ve missed you), you can nonetheless dip into and emulate some lifestyle elements of which the warring Ladies Mary and Edith would approve. Not least by calling for a house visit at Downton itself. 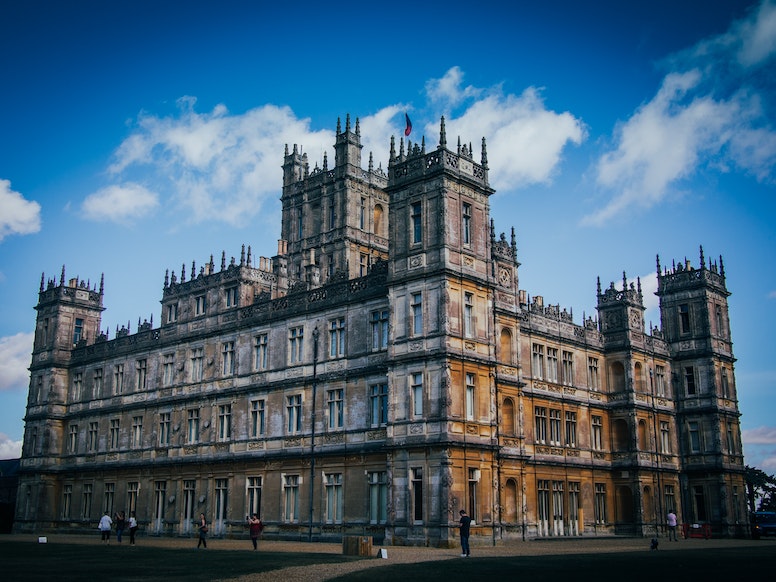 Or rather, that is, Highclere Castle, where the TV series – and now the film – is set (some visitors may go to see the filming location of the Fry and Laurie-starring Jeeves and Wooster, but it cannot, in this post-Downton age, be many). At certain times of the year, the Earl and Countess of Carnarvon magnanimously open their Jacobean home, built in 1679, and its Capability Brown-designed estate to the public. Visitors will recognise the State Rooms – particularly the dining room and the library where much of the series’ above-stairs action takes place, and may also wander around 12 of its 40—50 bedrooms (do not miss the Arundel bedroom which became an operating theatre during WW1). Other points of interest include the staircase to the servants quarters of which there is a replica at Ealing Studios for ease of filming, and the Egyptian Exhibition. Highclere was once the home of the 5th Earl of Carnarvon, who famously discovered the Tomb of the Egyptian Boy Pharaoh, Tutankhamun, in 1922 with fellow archaeologist, Howard Carter. Highclere is only open during the summer, and then at various times for Christmas, Easter and for special events. 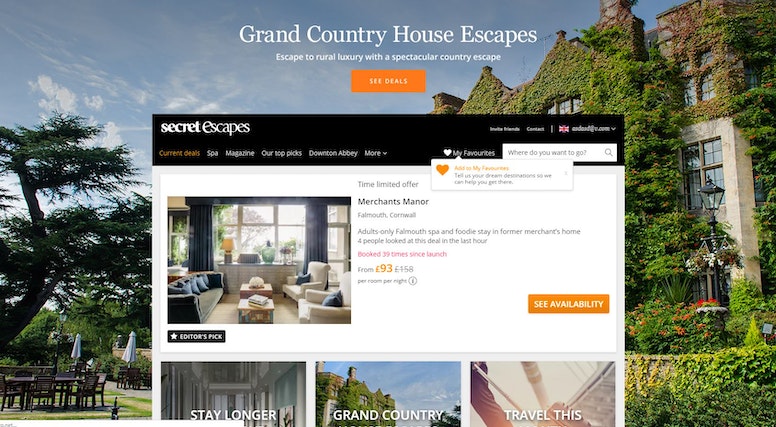 If visiting Highclere Castle proves to not quite scratch the itch to live like the Granthams, by dint of the fact you can’t actually stay there, Secret Escapes may just hold the keys to the dream – for a couple of nights at least. Sure, you have to be a member, but what aspirant aristocrat would quibble with that? And once you are signed up, you can expect hefty discounts on uber-luxe hotels. Helpfully, to tie in with the Downton Abbey film release, Secret Escapes has compiled a collection of its most Grantham-worthy grand country house hotels, the length and break of the kingdom. Pennyhill Park in Surrey, for example is set in 123 acres of parkland; while the 14th-century Langley Castle in Northumberland has a satisfyingly full complement of turrets and towers. But since Downton is set in Yorkshire, Crathorne Hall Hotel’s 15 acres of manicured lawn and its Edwardian elegance must be our pick. For those who aspire to a castle but can make do without staff dancing attendance, The Landmark Trust – the charity which saves and restores quirky, chiefly British historic buildings for the architecturally interested to stay in – has some 15 on its impressive books. True, some of the accommodation may be in adjoined cottages, and none are quite on Downton Abbey’s scale, but the Scottish Castle of Park, built in 1590; the West Blockhouse in Pembrokeshire, a Victorian fortress standing on the site of a castle commissioned by Henry VIII; and Woodsford Castle in Dorset, built in 1370 by a friend of Edward III, are all spectacular.

To emulate the lives of last century’s most land-garlanded gentry, one must look the part. Details are important, and hats were non-negotiable for 1920s aristocrats. For Lord and Lady Grantham, there would only have been one milliner equal to the task. Lock & Co was founded in 1676 and is the oldest hat shop in the world, having served Admiral Lord Nelson, Beau Brummell and Oscar Wilde, all of whom were patrons of the establishment created by James Lock. And no wonder it has attracted luminaries of every age: it sets store by the best materials, the best craftsmanship and the best service. We doff our caps to Lock & Co for its invention of the Coke – otherwise known as the bowler – hat, and for its offer of unlimited complementary steam and brushes to its own-make hats. Just as his lordship and her ladyship might expect.

As with most things style-related, attempting to ape Downton polish is all in the detail – each element must be considered, from head to toe. And when it comes to the latter, it’s unlikely you’ll do better than with double Royal Warrant holder, John Lobb, Bootmaker. Its eponymous founding cordwainer, John Lobb, was originally bootmaker to King Edward VII, after which his name became a byword for elegance and quality. The St James Street shop he founded is a survivor of both the Blitz and of every economic downturn since the 1930s, but the sheer quality of its handmade products, using crafts meticulously handed down through each generation, has ensured its endurance. Each pair of shoes or boots is a work of art, created by no fewer than ten craftsmen, from the fitter and the last maker to finally the polisher.

Few of us these days, alas, can boast our own personal drivers to shepherd us on shopping trips to Lock’s and Lobb’s. But while the man in white gloves doffing his cap and opening doors might be an anachronism too far, there’s no reason not to enjoy the vehicular elegance the Granthams knew. Book A Classic is a site where classic car owners across the country can list their vehicles, many of them pre-war vintage, for hire, whether for a special occasion or for a special weekend jaunt. You enter your location and specification and it comes up with the goods. Easy as a leisurely Sunday drive.

The age of the governess-educated fledgling young aristocrats may be dearly departed, but that’s not to say that highly accomplished, Mary Poppins-worthy childcare does not exist. Norland Nannies was founded in 1892 by teacher Emily Ward at a time when most day-care duties were seen to by resident maids who simply aimed to keep their charges alive. Ward saw a deficiency in the system, and went about creating a service which prized children’s development, based on the German educator Froebel’s principles. As well as devising a system, she also insisted her nannies wore uniform, which would evolve into the blue outfits with brown cloaks Norland Nannies are synonymous with today. The training is rigorous and rule-bound but it works; the Duke and Duchess of Cambridge opted for Norland Nannies for all their children. And no wonder. For while the standards are tough, the approach is not; the motto remains, ‘Love never faileth.’

The Angels story begins over a century before the Downton Abbey film is set when, in 1813, a young tailor by the name of Daniel Angel arrived in London from Frankfurt and, despite the language barrier, set up a barrow selling second hand clothes. Fast forward to the 1880s, and the third generation of Angels had set up shop in Shaftsbury Avenue, where their clothes had begun to attract the attention of West End theatres. By the 1940s, Angels had supplied Oscar-winning costumes for Laurence Olivier in his turn as Hamlet, as well as a number of other Academy Award winners. Today, Angels supplies fancy dress and, in its 180th year, is unrivalled for choice, with collections that stretch over eight miles and contain a million items. It is, undoubtedly then, the place for all your Lady Mary or Dowager Duchess costume needs. 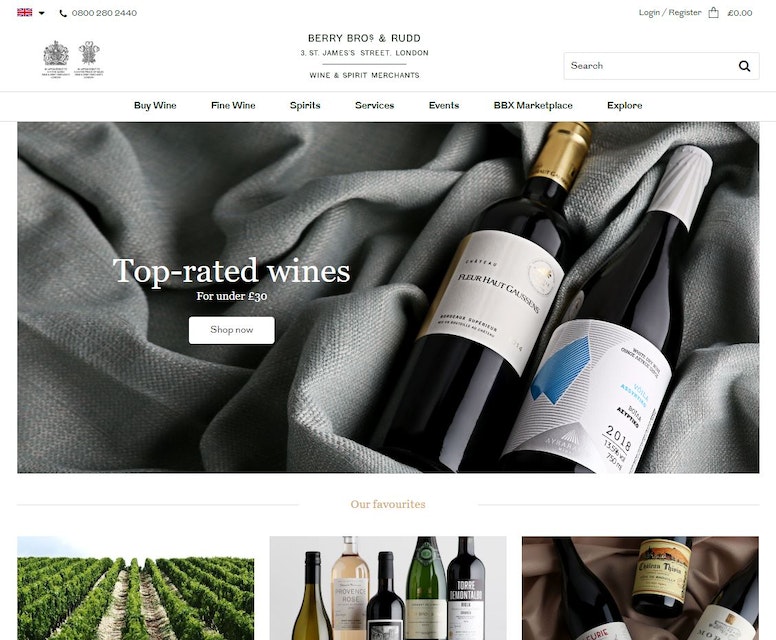 To truly live like a Grantham, one must, of course, drink like one too. The frequently tense atmosphere at the family’s formal dinners would no doubt have been eased somewhat by the contents of the rigorously polished gleaming glasses. The finest vintages supplied to the Granthams would indubitably have hailed from Berry Bros. Founded in 1698, it is the oldest wine and spirit merchant in the kingdom, and duly garlanded with two royal warrants, thanks to its 4000 vintages selected by six highly skilful Masters of Wine. For anyone serious in their Downton ambitions, these same masters will helpfully build a cellar perfectly suited to clients’ tastes.

Otherwise known as the mother ship, Fortnum and Mason gave birth, in 1707, to the idea of the department store, thanks to the eponymous William Fortnum (one of Queen Anne’s footmen) and Hugh Mason, who established it first as an upmarket grocery store, with a mission was to supply both the basic and the exotic. Many would argue it still does it best. Lady Cora and her daughters would certainly have patronised this Royal Warrant holder, no doubt bestowing F&M’s famous hampers upon their other grand friends, particularly at Christmas time. 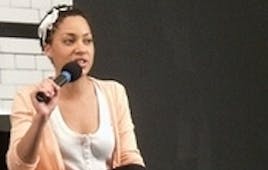