At its best, Instagram serves to delight our sense of the aesthetic and deliver inspiration as we conduct the routine stuff of our daily lives. At its worst it inspires nothing so much as a big dose of envy at lives so seemingly perfectly – and picturesquely – lived. Few feeds have the capacity to elicit the latter as much as those whose raisons d'être is travel. There does exist, however, a handful of feeds that are so exquisite that they make our hearts sing at the very knowledge that such places of rare beauty are out there, ripe for discovery, if only via our screens. These are the feeds that transport followers to other worlds and allow glimpses in lives in far-flung, often remote destinations – and, generally speaking, they do not feature pouting selfies. Here’s a pick of our very favourites. 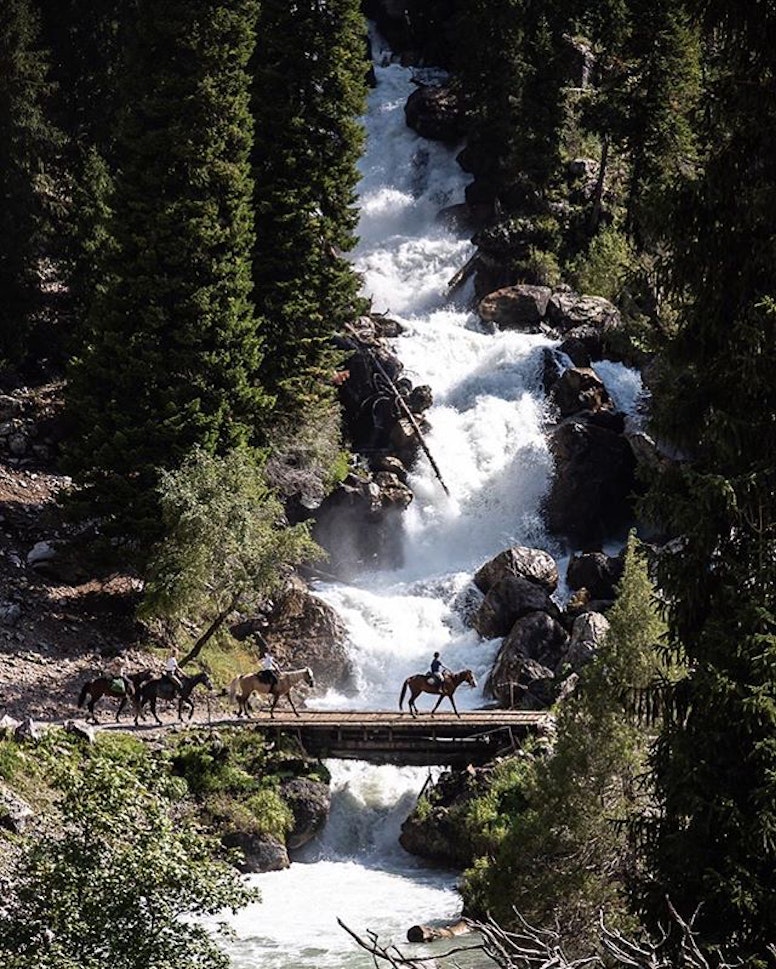 ‘Alexandra Tolstoy is an Anglo-Russian mother, adventurer, author and TV presenter.’ So reads the first line of the biog on her website, and it is the casually referenced adventuring element of that description which makes us swoon over her insanely beautiful Instagram feed like a Jane Austen heroine. The daughter of the writer Count Nikolai Tolstoy set out on her swashbuckling path in the immediate aftermath of her degree at Edinburgh, when she and three friends made the plucky decision to ride all 5,000 miles of the Silk Road on horse- and camel-back, the first people to do so since the days of Marco Polo. It took them nine months, much of which was spent camping out in nature at its most hostile in the remotest corners of the earth. 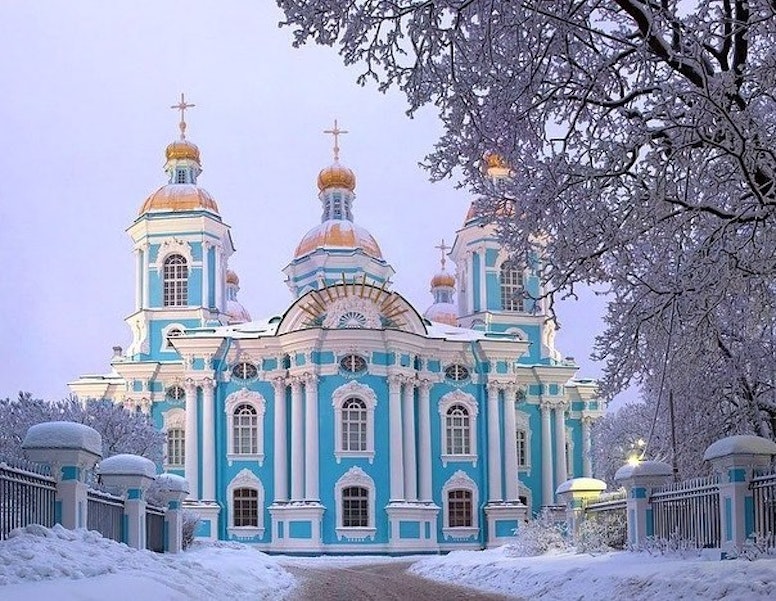 But far from triggering a yearning for the comforts of home whilst shivering in her tent, the adventure – which would have come under the ‘trip of a lifetime’ for more run-of-the-mill intrepid folk – fostered a deep sense that there was more to see. Buoyed with the proof to herself that she could do it, she decided she would do it, and her next stop was to spend months riding horses through Mongolia and eastern Siberia, experiences that found their way into the pages of The Last Secrets of The Silk Road. Today, Tolstoy, a fellow of the Royal Geographic Society, takes all that knowledge and offers it to aspirant adventurers via her travel agency in association with Ampersand Travel, which specialises in bespoke trips all over the former Russian Empire. Her squares are filled with breath-taking images of remote, unpopulated landscapes – which she takes care to traverse only by horseback – such as Kyrgyzstan’s astonishing Tien Shan range and details of remote village life. Could there be anything imbued with more romance than remote equine adventure? 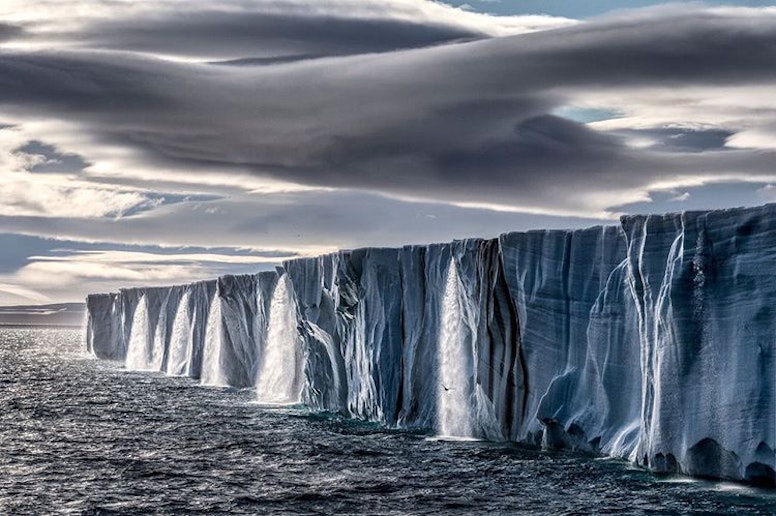 Where better to find some serious off-grid travel inspiration that than on the National Geographic’s stellar crop of little squares? After all, the dazzlingly beautiful feed is run by the magazine which specialises in reporting on adventure, science, the environment and even space exploration; it is, then, the ultimate place for the intrepid wanderer (whether that wandering is done in spirit or in practice), and its outstanding photographers are stationed around the world to deliver images of the wild, the extraordinary, the untamed and the astonishing, both naturally created and man-made. 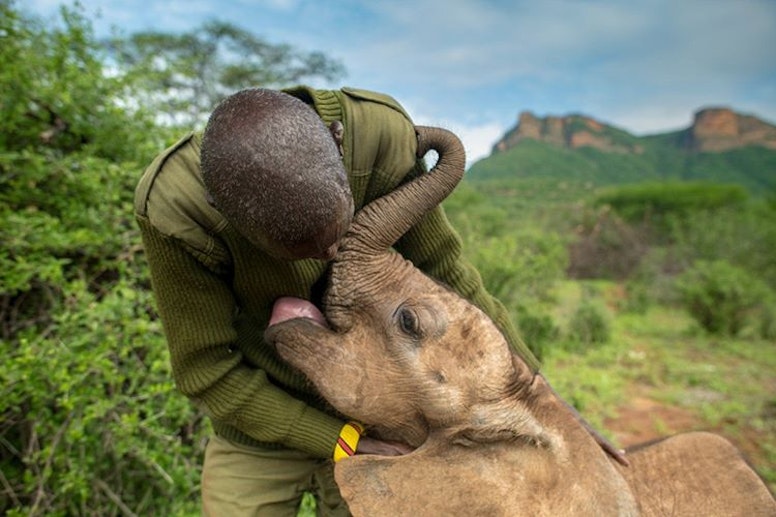 From the heart-warming (kisses from baby elephants in Reteti Elephant Sanctuary) to the heart-wrenching (our rapidly melting glaciers) to the heart-stoppingly beautiful (a lone horse wandering through the mizzle in the Carpathian mountains), this is a feed guaranteed to stir wanderlust. 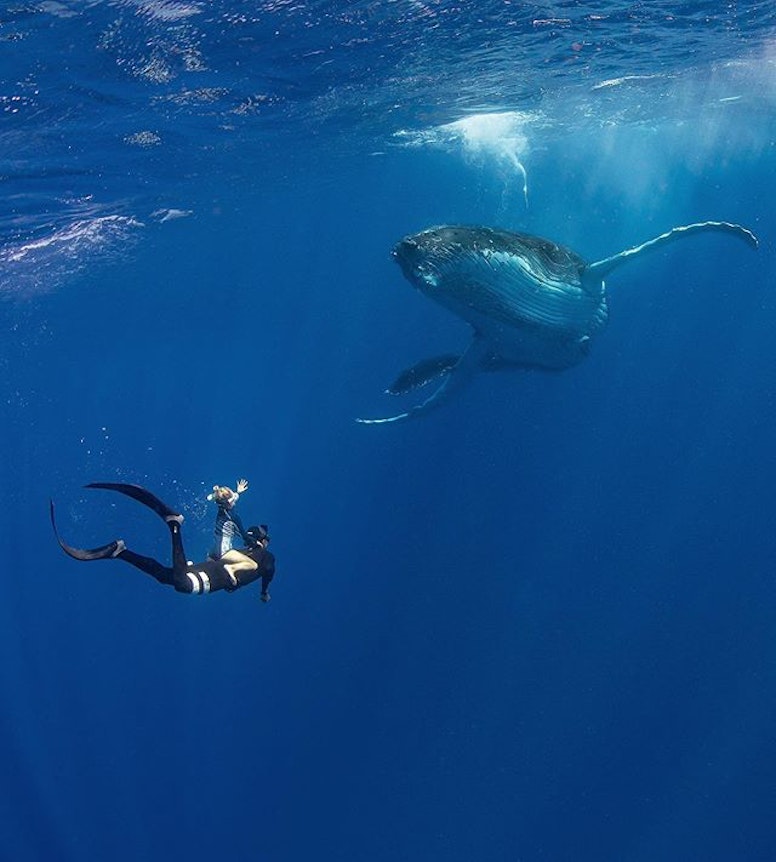 The Gee family describes itself as ‘average’, but judging by the globetrotting quintet’s Instagram feed – and its distinctly non-average 1.9m-strong following – there’s little of the everyday to see here. It all began in 2015, when the Gees – the senior two of whom met during service missions to Vladivostock – decided to sell up all that they owned and journey around the world, toddlers-in-tow. 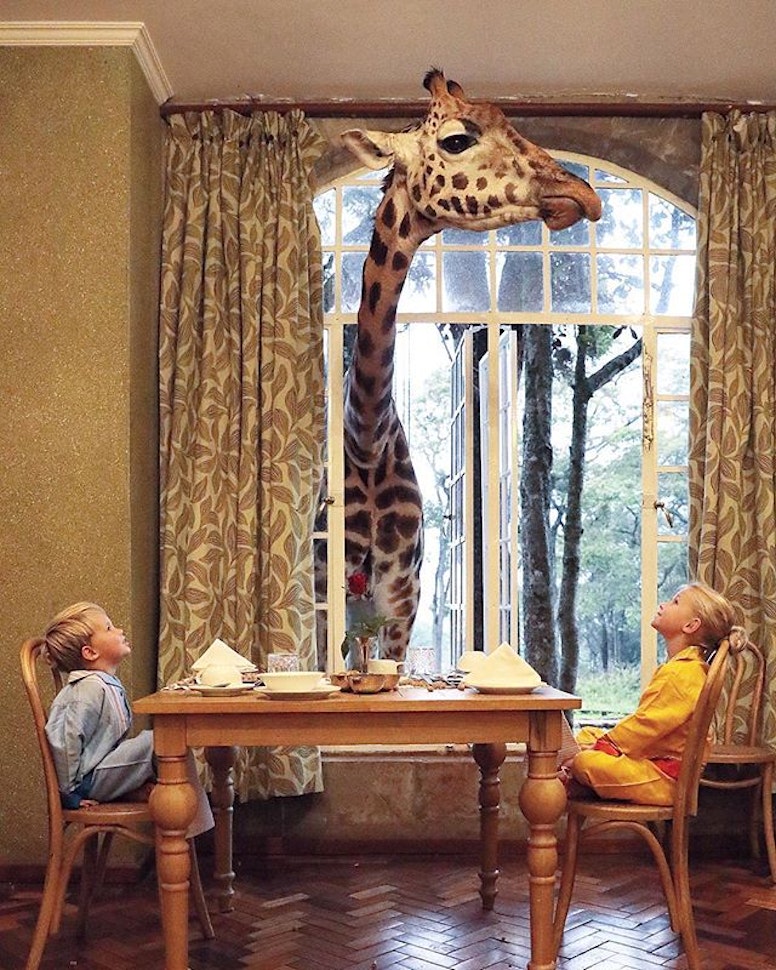 During that time, the family has grown from four to five, and undergone a lot of the usual, run-of –the-mill family firsts in front of the camera: first swims with sharks, first trips to Tonga to catch the humpback whale migration, first moments opening Disney World – all the usual and all documented for all the world to see. From Havana to Rwanda, this famous five is living proof that there are alternatives to the nine-to-five. Warning: cynics looks away now; this feeds features a LOT of group hugging (always with a carefully chosen landscape as backdrop), making it at the more saccharine end of our pick. Everyone else, as you were. 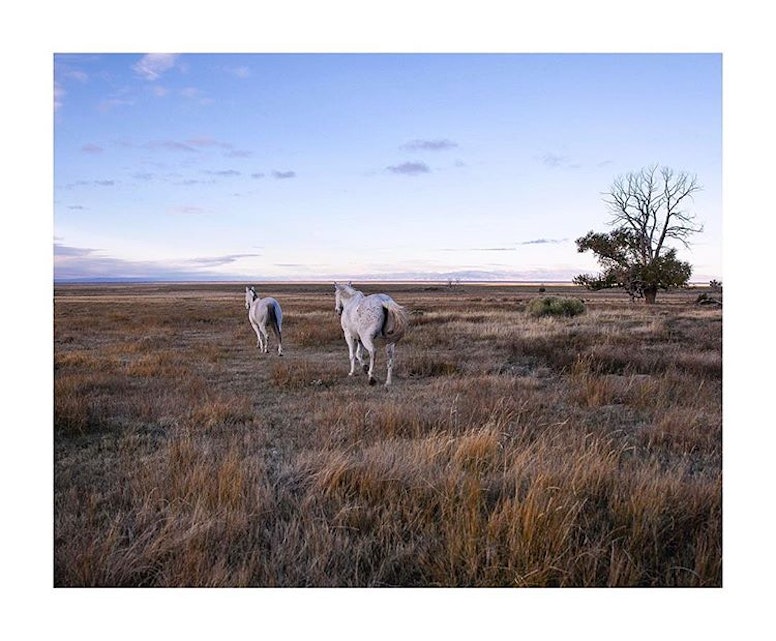 Many of us dream about turning our wanderlust into legitimate work – dreams often indulged in while going cross-eyed in front of bleeping screens in airless offices – but for a fortunate few, that fantasy actually comes to fruition. Lucy Laucht is one such. A self-described ‘photographer, content creator and travel expert’, she wanders the world to document the special places her travelling boots transport her to, seeking out the off-beat, the untrodden and the downright jaw-dropping. 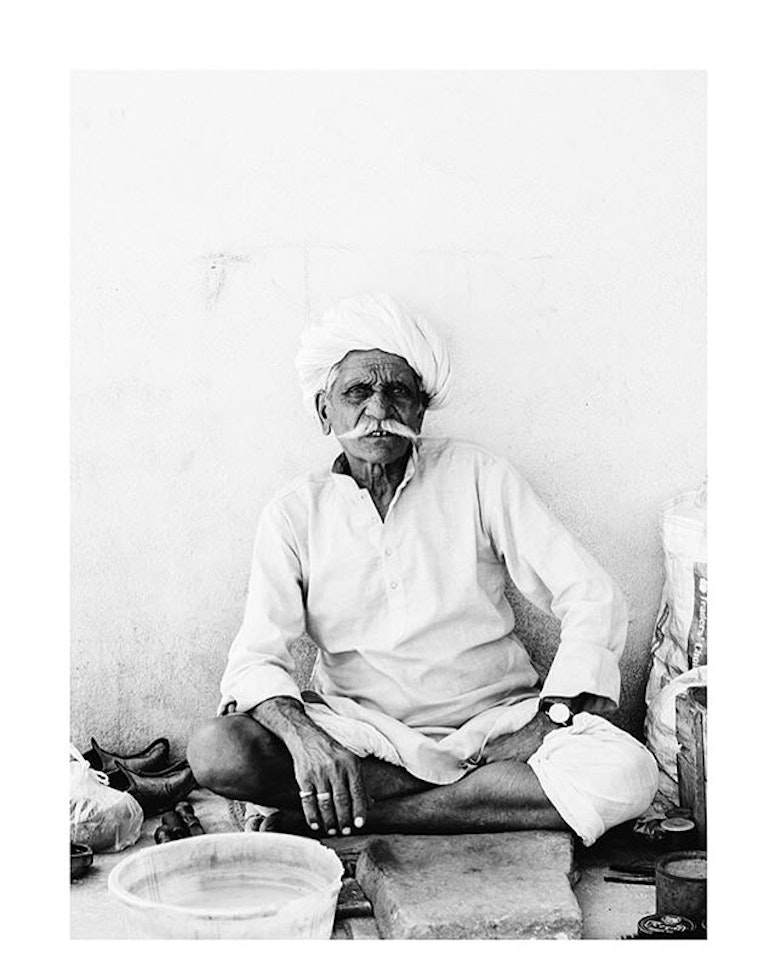 Her feed whisks followers around the globe (from said desks) and is impossibly beautiful; one minute it’s outtakes on set shooting for Vogue Australia, Conde Nast Traveller and Travel + Leisure’s, the next it’s scenes of astonishing romance, such as two ‘unicorns’ wandering freely over ranchland, while the next little square might feature a timeless portrait in an Indian village snapped as she voyages about the planet. It is, then, no wonder that she’s been named Travel + Leisure’s top 50 photographers. And, whilst we might simmer with envy from the confines of our workplaces, we nonetheless delight in being shown glimpses into such magical landscapes. She is also the editor of These Foreign Lands, a travel site offering insider insights and a curation of the very best experiences and recommendations.
https://www.instagram.com/p/Bp11yPLhEFO/
https://www.instagram.com/p/Bvwj-THHUPY/ 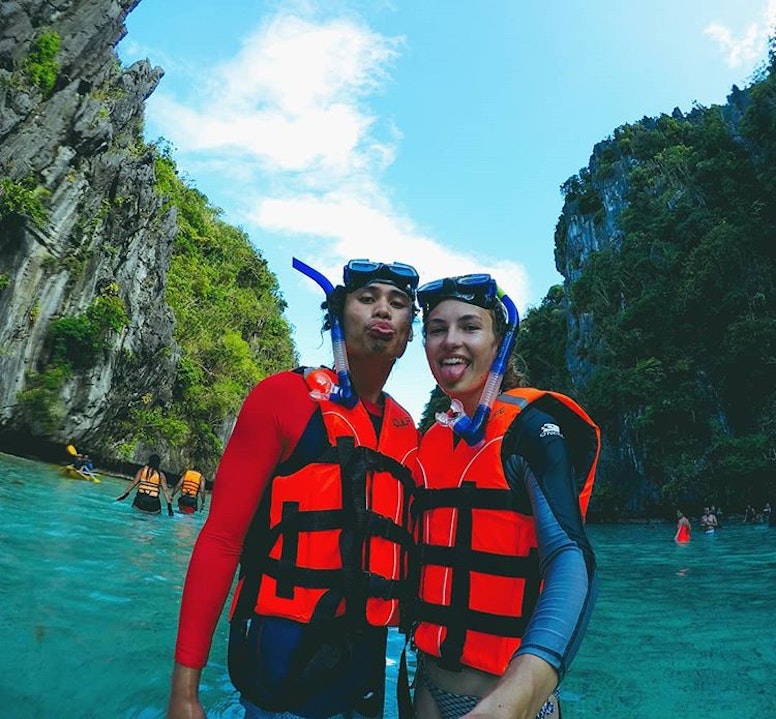 ‘Jayvee & I are all about keeping it real on the road. So you wont find too many shots of us in miraculously empty tourist hotspots looking effortlessly cool. But you will find us in epic fluro lifejackets, rashies and snorkels fit to explore one of nature's most stunning playgrounds.’ And that is why we love Chloe and Jayvee’s little tiles, both for the impossible natural beauty they share, and for the fact that you’ll never catch them them pouting vacuously in front of Macchu Picchu, showing off new outfits before the Pyramids or using the Taj Mahal to as a mere backdrop to strike poses against. 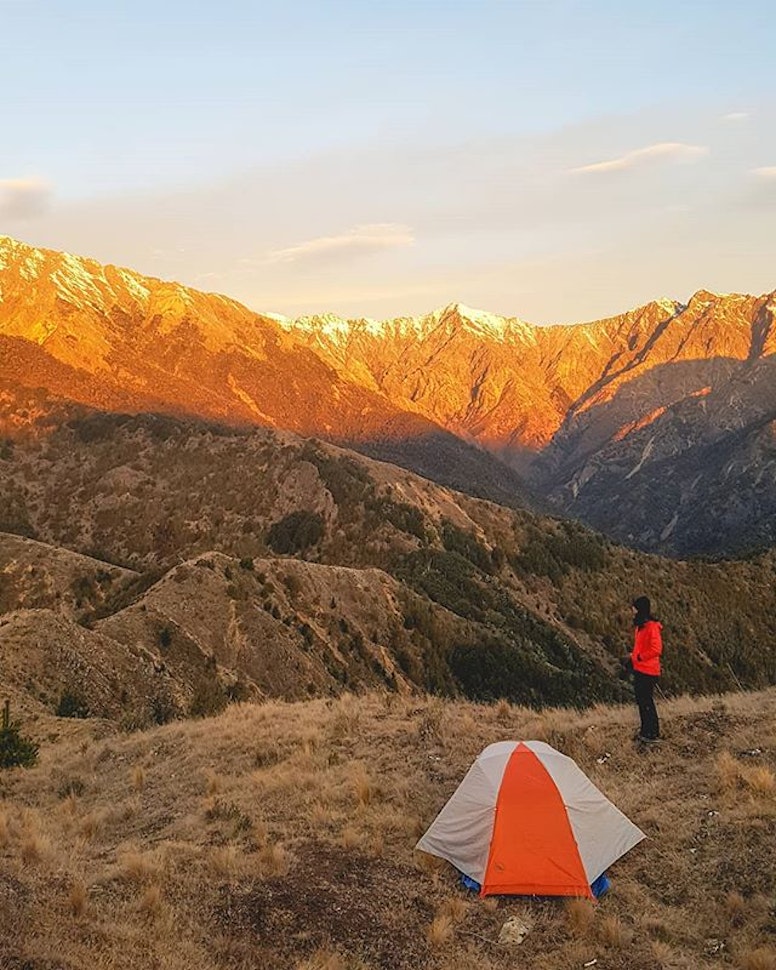 It is on the latter’s continent that the pair, both environmental scientists, are currently exploring: more specifically, they are hiking through Cambodia and Nepal, sharing extraordinary shots of the Himalayas for the rest of us while we imbibe our morning coffee. And whilst they do snap a rare selfie, it is all about the landscapes for this environmentally conscious duo.

Is there a more romantic way to travel than by train? Not when you’re on one of these extraordinary journeys.

Travel is stressful. Keep your cool with our edit of essentials to make travel easy – and possibly even pleasurable. 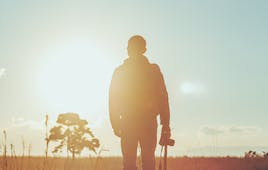 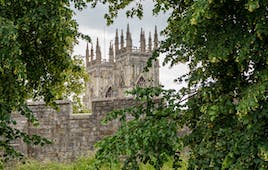 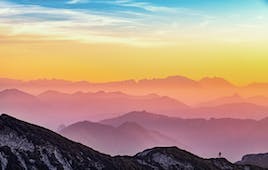