HRH The Duke of Edinburgh Captured On Camera

Prince Philip was a man like no other. Here, we celebrate his greatest recorded moments.

Whether you see him as the grandfather of the nation or the king of the awkward gaffe, Prince Philip was a man like no other. Here, we celebrate his greatest recorded moments.

We knew it was coming but the announcement was a shock nevertheless. On Friday April 9, a statement from Buckingham Palace said: “It is with deep sorrow that Her Majesty The Queen announces the death of her beloved husband, His Royal Highness The Prince Philip, Duke of Edinburgh. His Royal Highness passed away peacefully this morning at Windsor Castle. The Royal Family join with people around the world in mourning his loss.”

Prince Philip was, by all accounts, a man of many layers. In the reams of press coverage published since his death, we’ve learned from countless royal experts, as well as his friends and relations, that the 99-year-old consort was: intelligent; loving; warm; bad-tempered; energetic; rude; handsome; stoical; charming; tough; witty; courageous; progressive; glamorous; gruff; impatient – and extremely dutiful.

Here, in our edit of the finest footage available, are the 10 clips that encapsulate the man. 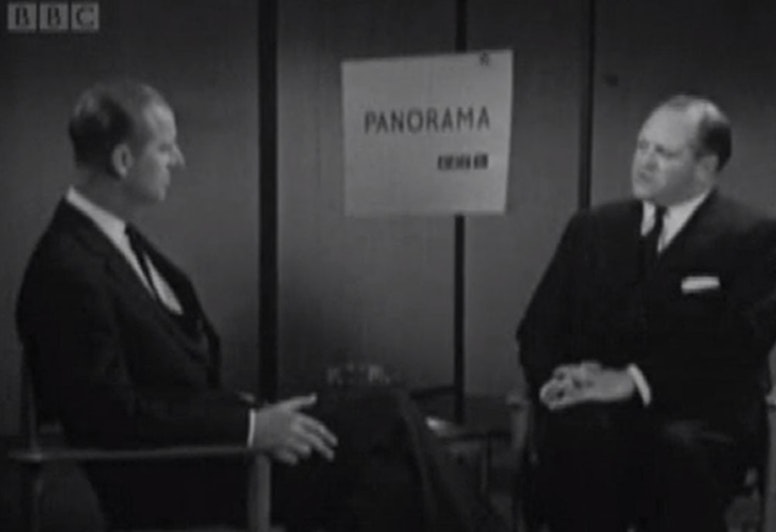 With this 1961 interview for ‘Panorama’, the duke became the first member of the Royal Family ever to give a television interview. In it, he talks to Richard Dimbleby about the importance of training young people for skilled work. Articulate and smooth, the prince is a natural in front of the camera.


The duke is so handsome and so charming in this clip that the ‘Today’ anchor Barbara Walters gets a bit tongue-tied. With humility and ease, he jokes about his role two steps behind the Queen and makes a good case for the future of the monarchy.


In this brilliant compilation – from the newsreel archive, British Pathe – of highlights from the duke’s speeches over the years, we get a real sense of his humour and intelligence. With his clipped tones, twinkly smiles and suave suits, he was clearly an enormous personality.

PRINCE PHILIP ENRAGED BY A REPORTER, 1985


In this cringe-worthy clip, the duke displays that fiery temper we’ve heard so much about. When an Australian reporter bugs him, a cloud descends over the charismatic smile and a sharp tongue lashes out in its place. Terrifying.

PRINCE PHILIP AT THE QUEEN’S CORONATION, 1953


You have to listen carefully in this touching clip to hear Prince Philip promise to be the newly crowned Queen’s “liege man of life and limb” at her coronation in Westminster Abbey. It was his idea to televise the event, which was watched by 27 million people around the world.

PRINCE PHILIP ON AFTERNOON PLUS, 1984


Interviewed by Gill Nevill on Thames Television’s ‘Afternoon Plus’, Prince Philip comes across as a thoughtful and sensible man who kept the interests of the individual close to his heart. He also confirms in this clip the astonishing rumour that he writes his own speeches.


In this clip, the duke shows his irreverence and an appealing ability to laugh at himself. Unveiling yet another plaque, this time at Lord’s cricket ground, he says to the assembled crowd: “Pay attention because you are about to see the world’s most experienced plaque-unveiler at work.” Shortly afterwards, he retired from public duty.


The dashing duke is tactile and smiling throughout this British Pathe film of the young Royal Family and their corgi in the grounds of Frogmore House in 1965. In the charming, dated voiceover, we hear that Prince Philip made point of devoting as much time as he could to his children during their school holidays. Which strikes us as one of the many surprisingly modern aspects of the man.

PRINCE PHILIP ENRAGED BY A PHOTOGRAPHER, 2015


In 2015, aged 94, the duke and a group of Battle of Britain veterans were kept waiting for a photograph to be taken at a reception at the RAF Club. In this clip, he is recorded spluttering to the photographer: “Just take the fucking picture.” Eek. Could this be the rudest moment of them all?


It is only a shame that there is no sound in this divine British Pathe clip. It’s a glorious one to remember Philip by: his mother in her nun’s habit, the Queen in a natty pink suit, Princess Anne in a party frock and the duke himself looking as dishy as can be on a polo pony.

READ MORE
Book Club: The Crown In Crisis: Countdown To The Abdication
The Best Of North Norfolk
What To Watch On TV This Spring