For a small country, Scotland has a disproportionate amount to recommend it. Its natural beauty is off the scale; many of its beaches are unspoiled and legendary (who needs the Caribbean when you have the white sands of Sanna Bay?); and its major cities are fun, culturally rich and buzzing. Rural train journeys that carve a path through mountains and lochs are filled with enough beauty that you really never need go on a plane anywhere ever again, and the country makes the best whiskey in the world. Need any more convincing to make the move? Check out these properties for sale right now. 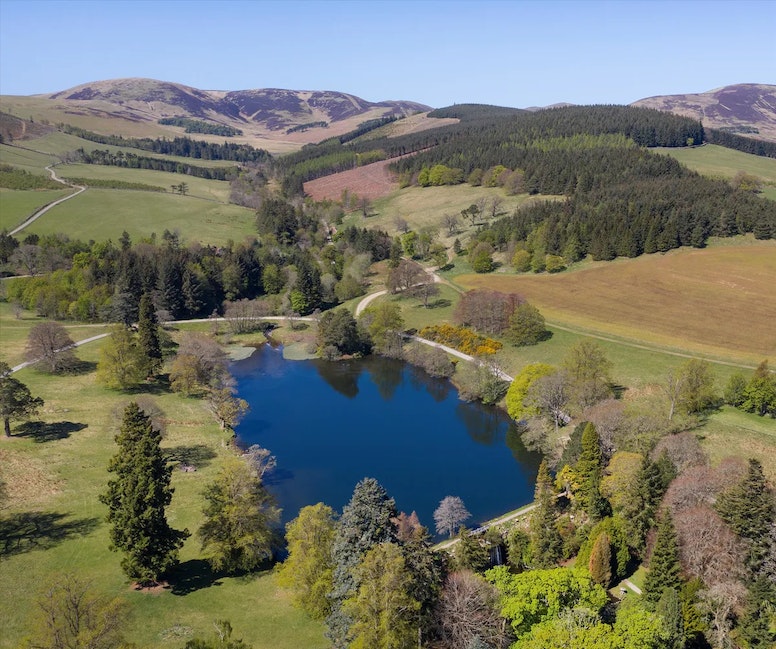 We have, we admit, kicked off with the ridiculously lavish, but then it never hurts to dream. The extraordinary Stobo Estate, set within 3,884.69 acres, is on the Scottish borders and comes with its own lake, two farmhouses – plus a further fifteen houses and cottages. For anyone who can stretch to the hefty price tag, it is a worthy contender. The beauty of the unspoiled valley itself and the proximity of Edinburgh are boons, but moreover, the estate offers a variety of revenue streams. There is, first, its principal use as a farm (there is a modern sheep shed with stock handling facilities to serve the in-hand livestock farming business, plus 765 acres of pastureland); as well as sporting opportunities (sika deer stalking, a fine driven pheasant shoot, excellent trout fishing and duck flighting on the outlying ponds): and finally renting out the estate’s cottages (there is planning potential subject to permissions on the estate’s buildings) to consider. The Castle Lake is resplendent, as is the century-old and beautifully maintained Japanese Water Garden – plus there are 444 acres of native and commercial forestry plantations, with ample opportunity to extend, or indeed to rewild, subject to permissions. For the right buyer, this is the full rural fantasy with huge amounts of commercial potential to boot. 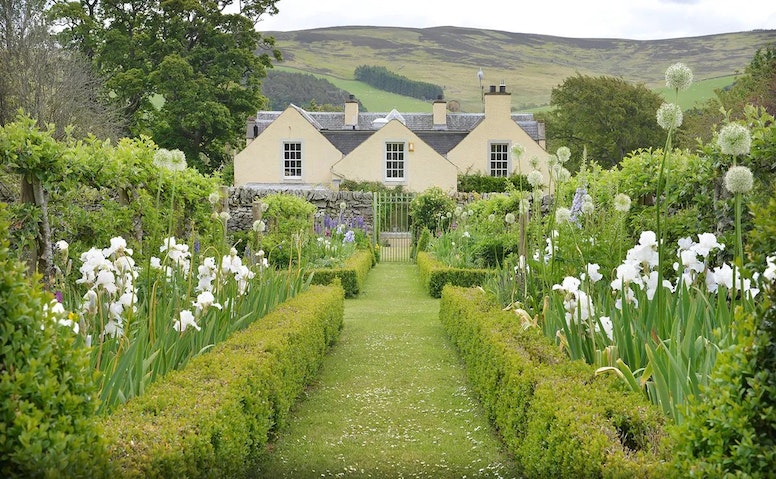 If you’re taken with the Scottish borders dream, but the full estate as outlined above is wildly out of budget (most of us), Easterknowe Farm is a beautiful six-bedroomed family home, which looks over the upper Tweed Valley, all set in 24.28 acres. Not exactly a bad alternative – though not, of course, exactly inexpensive itself, even at a twelfth of the price. Somehow both grand and cosy, it is an ideal place to bring up children, with vast grounds to roam outside, and gorgeous firesides inside to curl up next to with wet-nosed dogs and books when the weather gets a little… Scottish. The house is made from local stone, while the pretty garden is divided into four herbaceous border ‘rooms’. There are two outbuildings, one of which is currently used as a games room; the other as traditional steading building, as well as twenty-two acres for grazing and two fields that would be just the thing for equestrian use. Bucolic heaven. 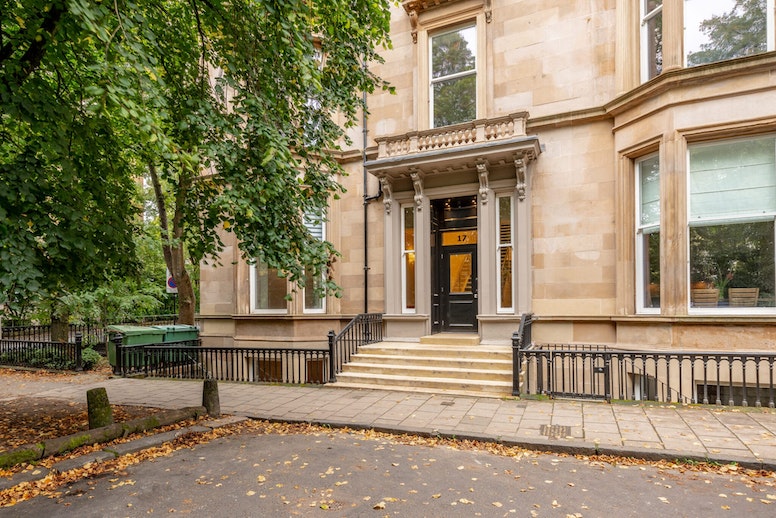 If your Scottish dream is somewhat less about blissful remoteness and more focussed on being right in the beating heart of a happening city, this flat in Glasgow is absolutely the ticket. Belhaven Terrace was designed 150 years ago by the celebrated local architect, James Thomson, and remains today one of the chicest addresses in Glasgow’s West End. Recently restored, it is all about the vast rooms, beautiful windows and gorgeous proportions here. The apartment also has all the latest luxuries – induction hobs, underfloor heating, the works – all of which are lovely, comfort-bringing additions. Ultimately though, it is the defining elegance that is the really big draw of this slice of architectural history. 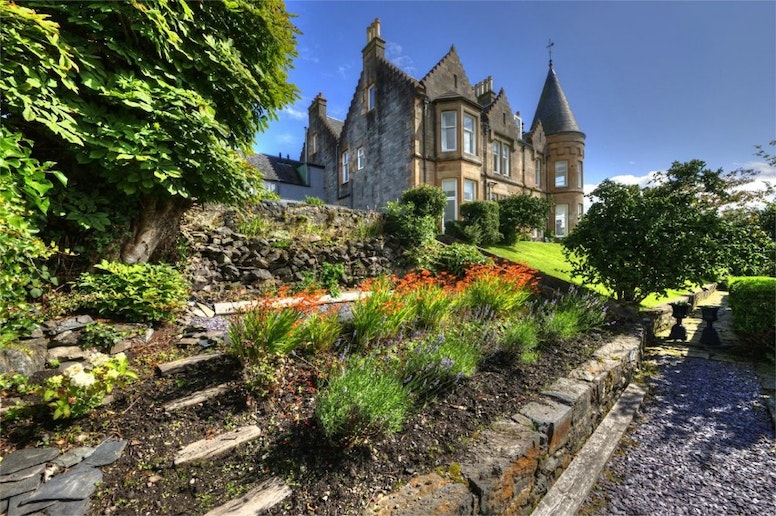 Another big ticket one, this, but you do get a lot of house for your money, as well as plenty of potential to create revenue streams. Plus, who wouldn’t want to live in a restored old Grade B-listed baronial house with views over the gorgeous, glittering bay? Oban – a scenic train ride north-west of Glasgow – is home to Greystones, a resplendent, nine-bedroomed pile, which comes ready-converted into a luxe four-star guest house (there are five en-suited rooms to let out, and four yet to convert should you wish; plus additional two-bed accommodation for the owners). There is space to park for seven cars, a wonderful garden and opportunity aplenty for imaginative owners. Most of all though, you’d get to live in a house with a turret, and who doesn’t want that? 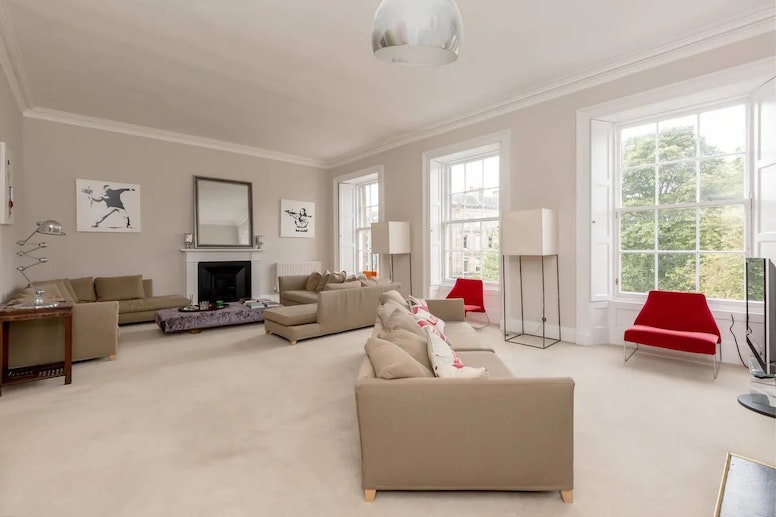 If you’ve ever found yourself dismissing a property because it is a flat, rather than the more often-coveted house, it can be well to remember that not all apartments were created equal. This 2,482sqft example on the beautiful Randolph Crescent is more capacious than many whole houses, and its proportions are breathtakingly lovely. Arranged across two floors, there are four bedrooms and – that most glorious of things – a sitting room with three floor-to-ceiling sash windows. Jane Austen, eat your heart out. The location is pretty stellar too; New Town neighbours the West End, Stockbridge and Comely Bank and is abuzz with independent cafes and shops. 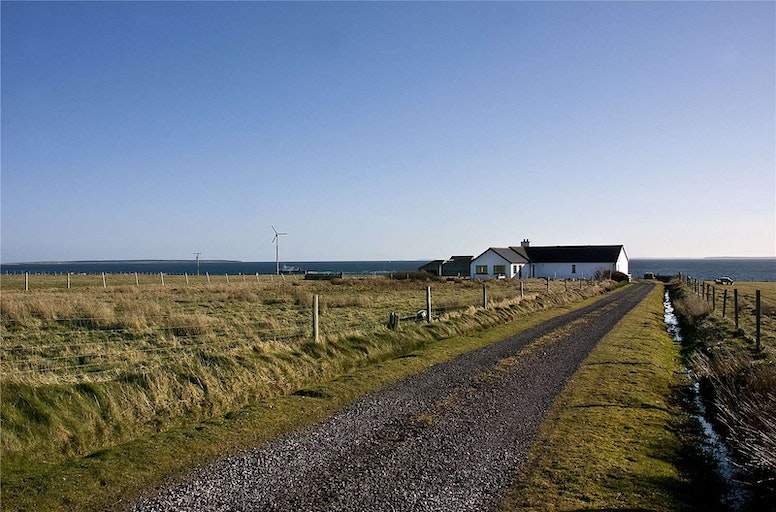 Want to get out of the rat race and off the grid? You could do very much worse than creating a small-scale agricultural concern at Green Farm on the stunning Orkney archipelago. There are buildings for livestock, a polytunnel and a large greenhouse, all of which make it ideal for generating revenue from your home. We are, however, mostly swayed by the achingly lovely views across the Stronsay Firth. Also on the land is a separate one-bedroom stone cottage, which would be ideal for self-catering holiday accommodation; and in addition, there is a series of derelict structures that could be developed as residential buildings subject to consent. Brilliantly, electricity is generated by a 10kW wind turbine. The current owners have used the land to let out for grazing, as well as producing hay, veg and eggs, later sold throughout Orkney. The good life made flesh. 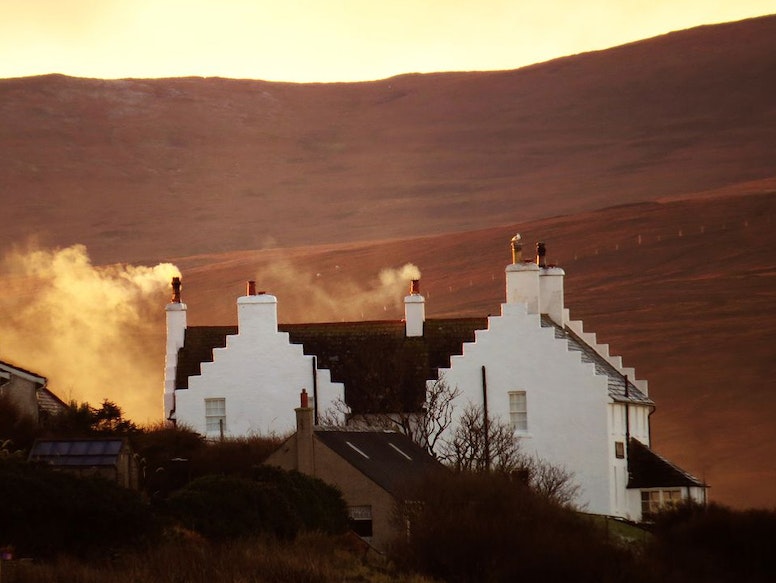 Do you have a daytime reverie of running your own hotel? You could do a whole lot worse than The Royal Hotel Longhope, which was built in 1910 in Longhope, South Walls, a small island connected to North Walls and Hoy by a causeway. Its architect, W R Lethaby, was prominent figure in the Arts and Crafts movement, as evidenced in its distinctive crowstepped gables. The interior, though not in a bad state, needs some decorative sprucing up, but the views across the harbour supply jaw-drop factor in spades. Plus, it has an excellent claim to fame: the Royal Hotel has played host to some three former kings: George V, Edward VIII and George VI. It could be yours for a shade under £400,00.

Broaden your design horizons with these podcasts from tastemakers across the world of interiors.

The most dignified of ex-presidents can be relied upon to shine a light of decency, calm and compassion through his social channels.

The best five podcasts to help you reconnect with your real life. 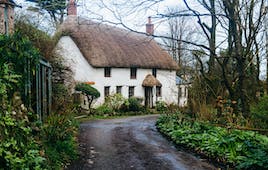 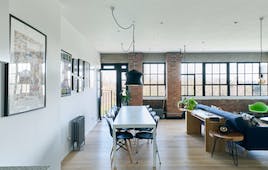 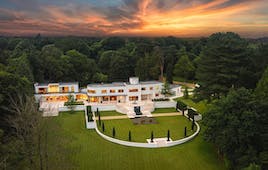 7 Super Luxe Properties On The Market To Ogle Right Now 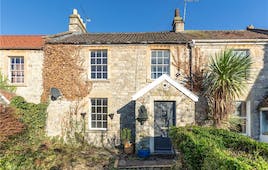