Jason Atherton started out working alongside great chefs including Pierre Koffmann, Marco Pierre White, Nico Ladenis and Ferran Adria at el Bulli, before joining Gordon Ramsay Holdings in 2001 and launching Maze, first in London and then another five globally.

His flagship restaurant, Pollen Street Social, opened in 2011 in Mayfair and was awarded a Michelin star within just six months of opening, alongside 4 AA Rosettes and No. 3 in The Good Food Guide’s best UK restaurants.

Since then, Jason’s The Social Company has grown into a global restaurant group, including Michelin-starred Social Eating House, Little Social, Berners Tavern - named ‘the defining restaurant of the decade’, Michelin-starred City Social and Social Wine & Tapas in Marylebone. Alongside his London restaurants, Jason has opened critically acclaimed restaurants in Hong Kong, Shanghai, New York and Dubai. Upcoming projects include Kensington Street Social in Sydney; and Sosharu, a Japanese restaurant opening in London in March 2016.

Jason is an advisor on the new 1000 Cookbooks app, which will offer a unique and expertly curated collection of the very best food and recipe content.

Mr Porter - I’m a bit of a fashion nut but as I rarely have time to go shopping in real life, Mr Porter is great for a bit of online shopping on the go – they’ve got all the big brands on there but also some of the more under the radar labels too.

GQ - A men’s website written with intelligence – I like that it covers everything from high-end fashion to the latest addictive boxset on Netflix.

Cooked - There are an overwhelming number of recipes online, and they’re not always the most accurate – Cooked.com is a great place to start as it’s a subscription website (£2.99 a month), with a catalogue of recipes taken from cookbooks, which makes them not only very reliable but also wide-ranging in style and skill level.

FOUR Magazine - A fantastic international food magazine and its website is testament to that – great interviews with chefs from around the world plus original recipes and features.

Hot Dinners - It’s an understatement to say that London’s restaurant scene is fast-paced – something new opens every week! Hot Dinners is a very on-the-pulse resource for the latest news. If you’re stuck for places to go out, check out their constantly updating list of new and recently opened London restaurants – you can view them on a map too which is handy.

Favourite App... 1000 Cookbooks - This app curates the favourite cookbooks of chefs, authors and bloggers around the world into a list of the top 1000 – a great way to discover new cookbooks and also some old hidden gems that might have been forgotten about otherwise. Top of my list is The French Laundry Cookbook by Thomas Keller.

The definitive guide to being happy: five positive sites to improve your mood 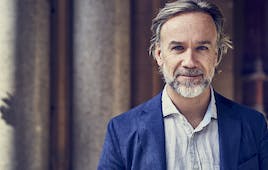 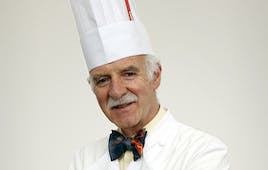