9 Of The Best Spanish Tapas Recipes

Not heading to Spain any time soon? Make this the summer that you master tapas at home.

Whether it’s evident in the cookbooks we read, the ingredients we buy or the restaurants we eat at both here and abroad, the British are crazy about Spanish food.

A lot of that has to do with one woman, of whom you may never have heard. She is called Monika Linton and she arguably put Spanish gastronomy on our map when she founded the Spanish food importer and tapas chain Brindisa over 30 years ago.

Where she led, others followed. Take the astonishingly successful husband and wife duo, Sam and Sam Clark. They opened the southern Mediterranean restaurant Moro in 1997, chased it up in 2010 with the tapas joint Morito and rounded off the trio with a second Morito in 2016.

At the time of Morito’s launch, Giles Coren said in a review: ‘You’re going to love Morito. It’s totally new and tiny and bolted on next door to the fabulous Moro, which continues to be one of the most exciting, talked about, foodiest, fashionablest, funkiest food places in London.’ As if that weren’t enough, we have the Clarks to thank for several inspirational cookbooks, too.

Then there are the Hart brothers, Sam and Eddie. Their high-end tapas bar, Barrafina (which opened in 2007 and is now a chain), has, according to Esquire magazine, ‘a legitimate claim for being the most influential restaurant to open in the United Kingdom this century’. The Soho original even won a Michelin star in 2015.

We have such great leaders to look up to in this field; it’s time to start cooking what they do. Here, we’ve tracked down the best Spanish tapas recipes around. 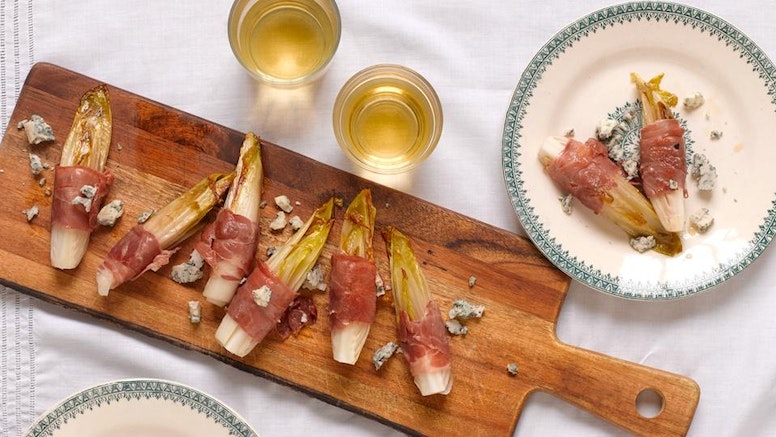 This sharp appetiser is designed to tempt your tastebuds. Using fresh and flavoursome ingredients, it is simple but impressive. It’ll have your guests smacking their lips in delight, for sure. Get the recipe here. As every good gastronome knows, it’s the simplest recipes are usually the best. And to prove the point, few foodies can resist the rustic charms of pan con tomate, which is exactly what it says on the tin: tomatoes on bread. They’ll need to be good tomatoes and the bread should be crusty, but the only extras you’ll need otherwise are flaky salt and some good olive oil. A total crowd-pleaser and ideal with a glass of sherry. Get the recipe here. 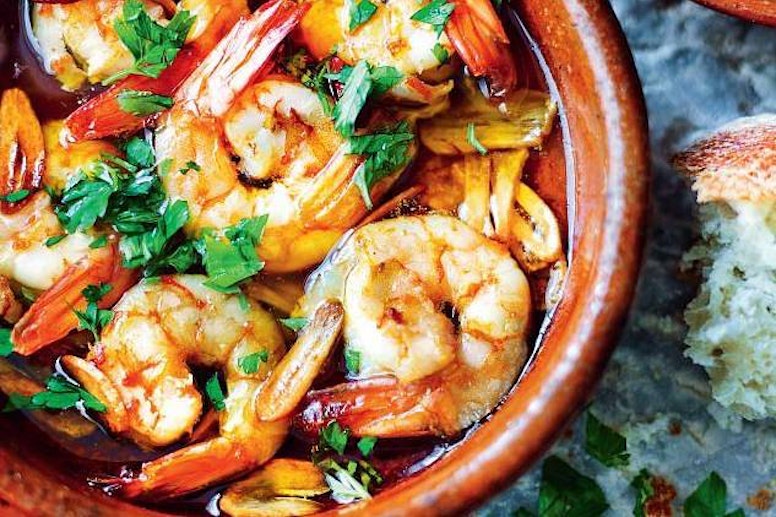 Omar Allibhoy is the celebrity chef from Spain who founded the restaurant chain, Tapas Revolution. He was trained by the legendary Ferran Adria of El Bulli, has written two cookbooks and is known as the ‘Antonio Banderas of cooking’. Prawns friend with garlic and olive and sprinkled with parsley are a wildly popular staple in Spanish tapas bars. This recipe couldn’t be easier – or worse for your breath. Get the recipe here. 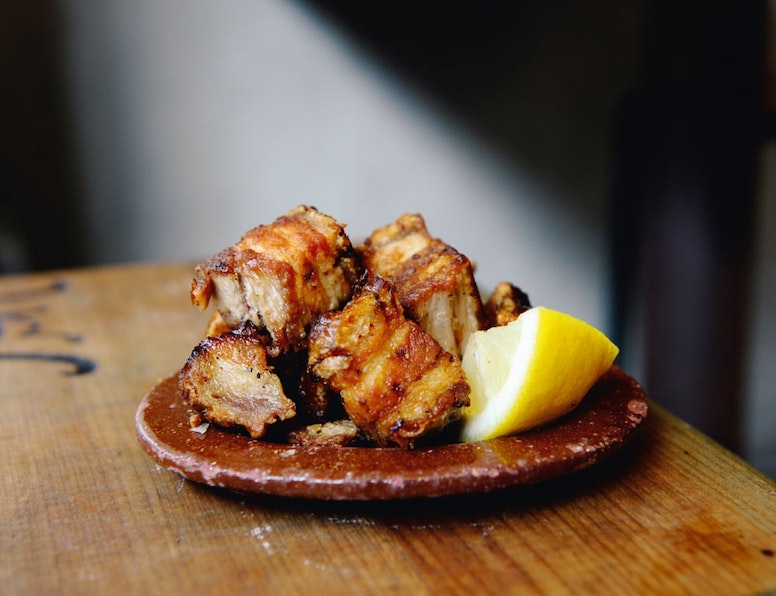 Described as a meatier and classier version of pork scratchings, these morsels of joy are made by slow-roasting pork belly, chopping them up and dressing them with lemon and cumin. What a way to line your stomach. Get the recipe here. 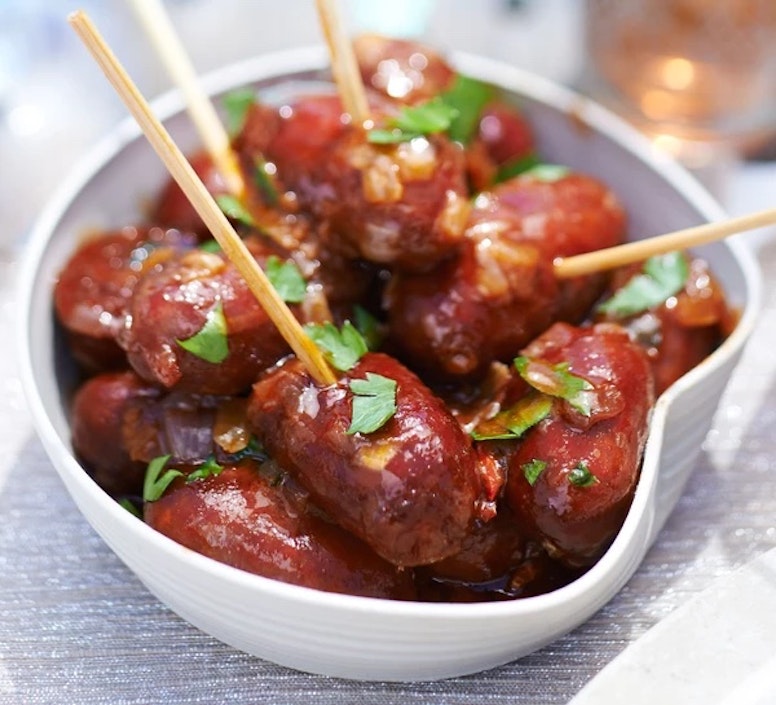 Few carnivores will dream of turning down these moreish chunks of spicy sausage glazed in garlic, honey and red wine. Be sure to make masses, as they are very much more than the sum of their parts and will be devoured. Get the recipe here. 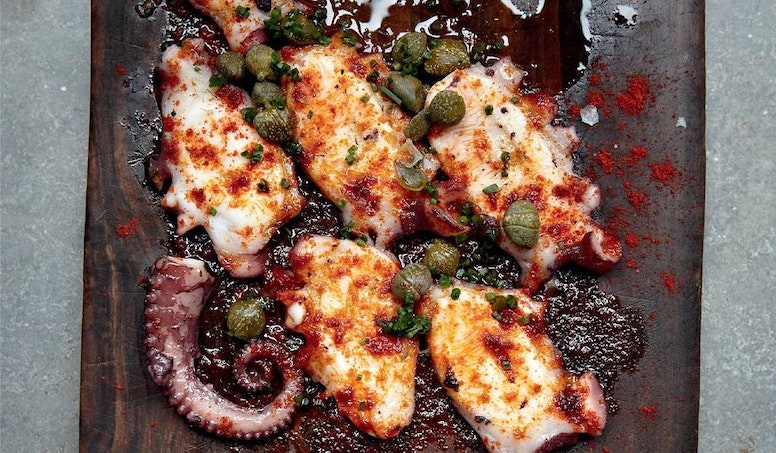 Sam and Eddie Clark wrote a cookbook with the chef, Nieves Barragán Mohacho, who was in charge of Barrafina when it got its star. This unusual recipe from that book marries octopus with capers paprika and parsley. The authors say: ‘The method…has a certain madness to it, but Nieves’s mother, a great authority on the subject, is certain that it makes a difference.’ Get the recipe here. 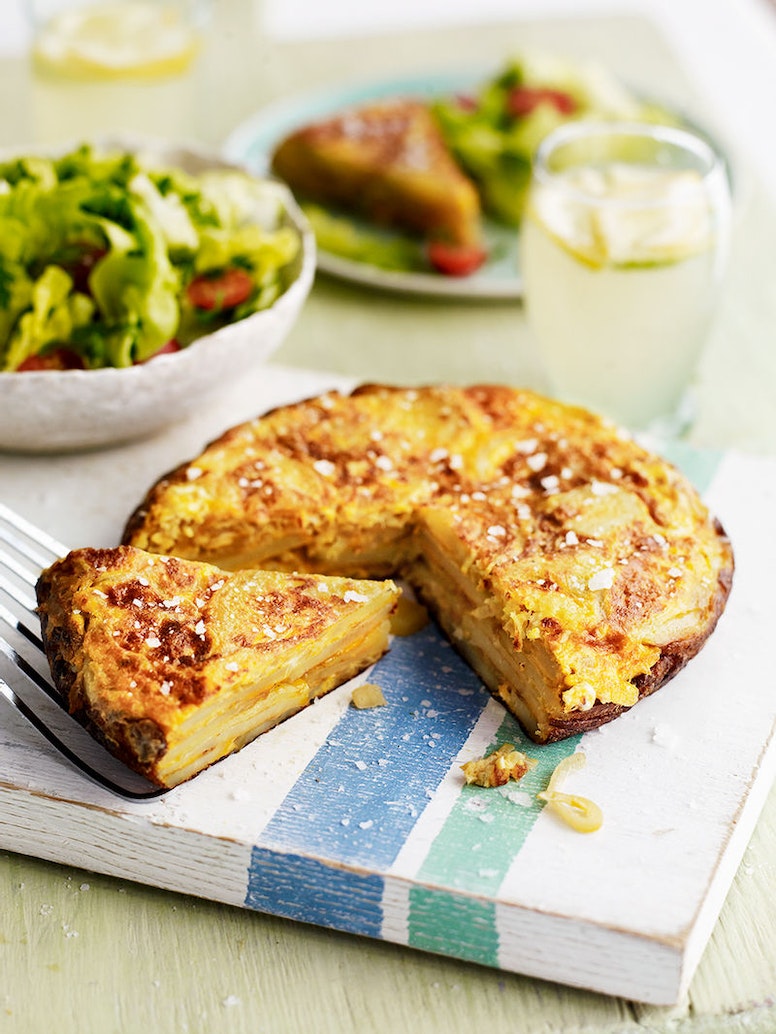 This blissfully easy dish counts as tapas, because it lends itself beautifully to being chopped into cubes and shared over drinks, but it also makes a great quick lunch for all the family – hot or cold and served with a crisp green salad. Get the recipe here. 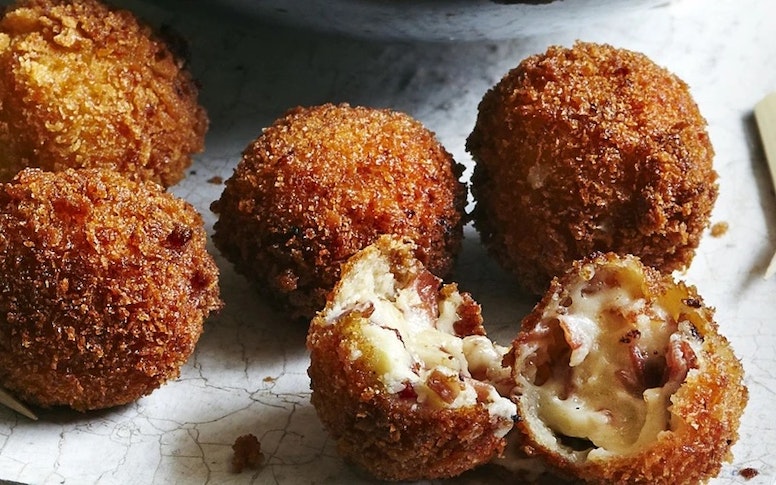 Everybody always leaps on these in a tapas restaurant, however sophisticated the other gems on the table may be. Indulgent and tasty, they are failsafe crowd-pleasers. They can be made ahead and frozen. Serve nothing but them or make them part of a snazzier spread. Bring on the fiesta. Get the recipe here. 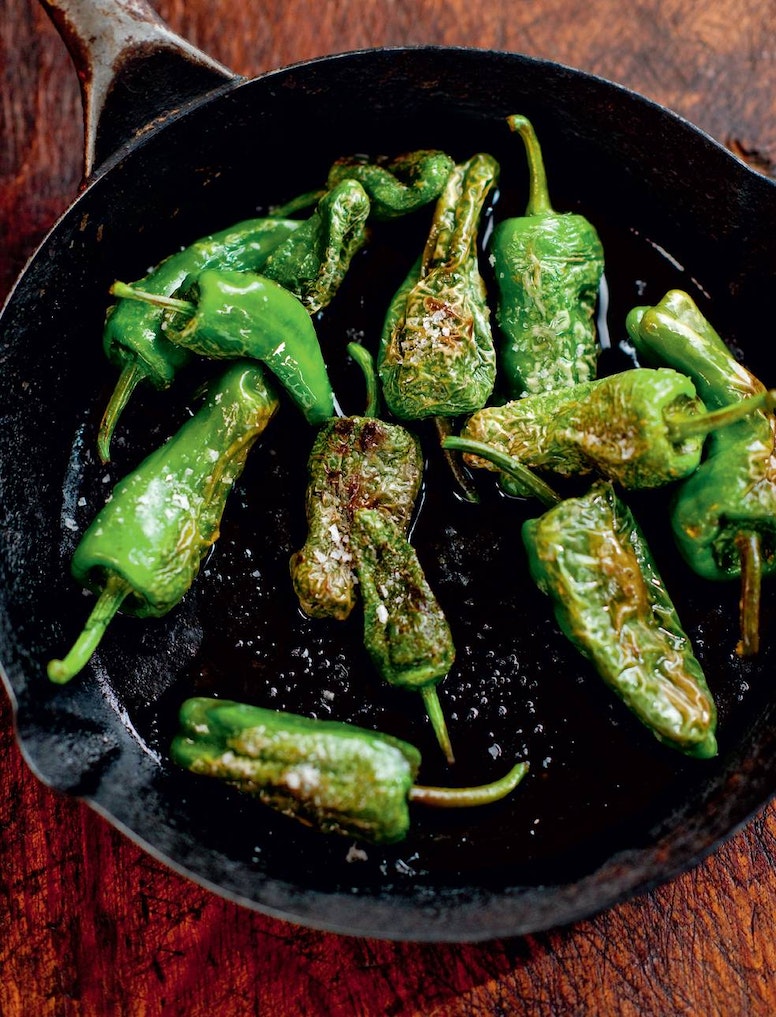 For a TV series and cookbook, Rick Stein embarked on a culinary tour of Spain. We’ve all benefitted from what he learned on his travels. In this recipe, he celebrates the simple pepper from the town of Padrón. He says: ‘To me the heart of Spanish food is first-class produce, cooked simply. All you do with Padrón peppers is fry them briskly in olive oil then sprinkle them with sea salt flakes. If I see them on a bar menu anywhere in Spain when they are in season, I will order some.’ Get the recipe here.