This year hasn’t been easy for restaurateurs. Let’s show some love for these new openings.

There were certain sectors that were hit particularly hard by the pandemic and, alas, hospitality ranks high among them. Thanks to the lockdowns and a number of false starts, many have succumbed, while others have soldiered on but are undoubtedly battle-wounded. They all need our support – and few more than this crop of brave new openings, who are valiantly giving all of us hope of exciting times ahead. All promise to be thrilling. In addition to Russell Norman’s Trattoria Brutto (do check out our interview with him), these are the hottest anticipated new British restaurants in 2021.


Set to join Big Mamma’s two other big personality, London-based trattorias, Gloria and Circolo Poplare (pictured), Ave Mario in Covent Garden will dish up a Northern Italian feast, taking its influence from Florence this time. The kind of statement venue that the Big Mamma group is renowned for, it will have a heaving 3500-bottle bar, mirrored basement and 295 covers over two floors and two outside terraces. Expect all the authentic, crowd-pleasing pasta and pizza dishes, with a Stracciatella and chocolate ice cream cake that’s reportedly not to be missed… Find out more here.


A new, contemporary Indian restaurant addition to Marylebone opens this summer from the people behind Gymkhana (pictured), Hoppers and Trishna. The bijou, 35-cover Bibi, complete with ornate Rajasthani design, is headed up by Chat Sharma, and will combine the best in British produce with bold flavours inspired by Chat’s childhood and roadside cafés, from Punjab in the north to Kerala in the south. Find out more here.


Chef Michael Caines’ fine-dining Lympstone Manor on the banks of the River Exe has got a new beach-front brother, Mickey’s – a laidback modern all-day eaterie. The rooftop terrace has incredible, uninterrupted views of the sandy shores of Exmouth, while the kitchen makes the most of the abundant Devon produce on its doorstep, from land and sea. Come sundown, the venue transforms with a ‘Mickey Beach’ live DJ, cocktails and wood-fired pizzas, creating the perfect party atmosphere. Only open a month, it already has a great fun, summer beach vibe – perfect to celebrate staycationing in the UK this year. Book it here.


New on Edinburgh’s foodie scene, Rico’s will take over the site of Martin Wishart’s Michelin-starred The Honour, headed by local restaurateur, Stefano Pieraccini – the 25-year old behind The Broughton and The Seafood Ristorante in St. Andrews. Named after Stefano’s nonno (grandfather) Enrico, it will give a modern lease of life to nostalgic favourites, showcasing locally-sourced Scottish ingredients in its traditional Italian dishes, with fresh pasta made on the premises daily. Find out more here.


Arguably Exeter’s prime location in a grand old City Bank building overlooking Cathedral Close, Exeter’s branch of The Ivy opened in June and is already the hottest dinner reservation to dine in the south west. Glamour is the dish of the day, with The Ivy’s signature bold botanicals and Art Deco vibes. The loos are an unexpected highlight, with rose quartz sinks, floral ceiling installation and gold leaf mural walls – however it’s not all style over substance; the brasserie-style menu includes The Ivy classics – Chicken Milanese and Steak Tartare – as well as an impressive cocktail list if you’re looking for a liquid lunch. The place to be seen, and snapped, in Exeter this summer. Book it here.


Robata, meaning fireside in Japanese, opens its second site in Birmingham this summer, serving izakaya-style grilled charcoal cooked dishes – a method that originated from Japanese fishermen who took a box of hot coals out in their boats with them to cook their catch. The menu will include Bao buns, skewers and fresh sushi and sashimi, all washed down with Sake-based cocktails. Book it here.


London’s Blue’s Kitchen venues in Camden, Shoreditch and Brixton have long been popular for their live music, barbecue menu and bourbon collection. Its latest outpost in Manchester is now set to bring those signature blues-vibes up north. Concert dates for the new 600-capacity music venue, club, restaurant and bar on the city’s Quay Street have already been revealed, including new talent Goya Gumbani and soul and jazz legend, Roy Ayers. Find out more here.


Not opening till late summer now, 103 Colmore Row from D&D will be worth the wait. The rooftop restaurant on the 24th floor of Birmingham’s tallest commercial building will offer panoramic views, thanks to the double height glass box design. Stay tuned for news on the foodie details, but as destination venues go, it’s up there – in every sense. Find out more here. 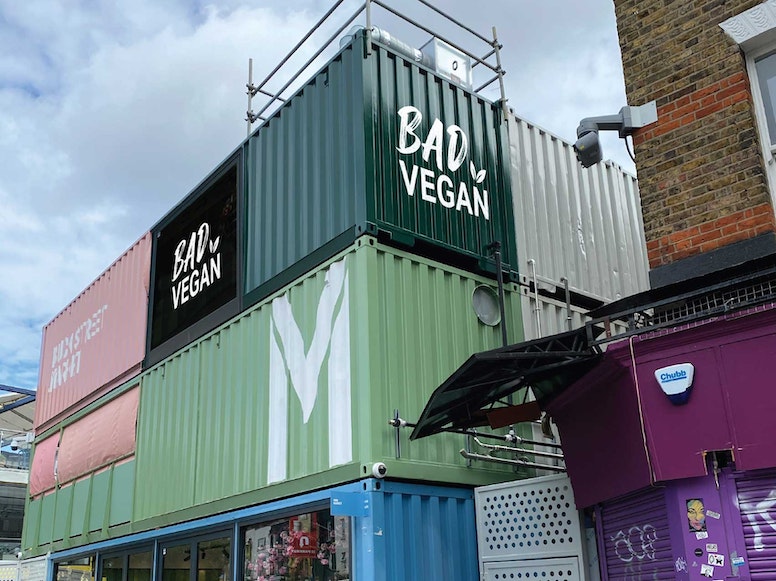