The websites and feeds that will keep you informed as the results unfold.

Online outlets are fighting for our attention this week as we witness the bitterly fought battle between Hillary Clinton and Donald Trump for President of the United States of America. Election Day coverage is streaming across multiple platforms and services, including Facebook, Twitter and YouTube. Here is our digital platform roundup of the websites and feeds that will keep you informed, minute by minute.

TV is no longer the first port of call for up-to-the-minute election results. Instead look to YouTube, one of the biggest video players for live streams from the following partners. Scope out the YouTube channels of NBC News , MTV News and Bloomberg.

Don’t wait for the newspapers to be printed. Keep checking these Facebook pages; all will be abuzz with election news, especially these: Washington Post, Al-Jazeera digital news division, Daily Caller and The New York Times. 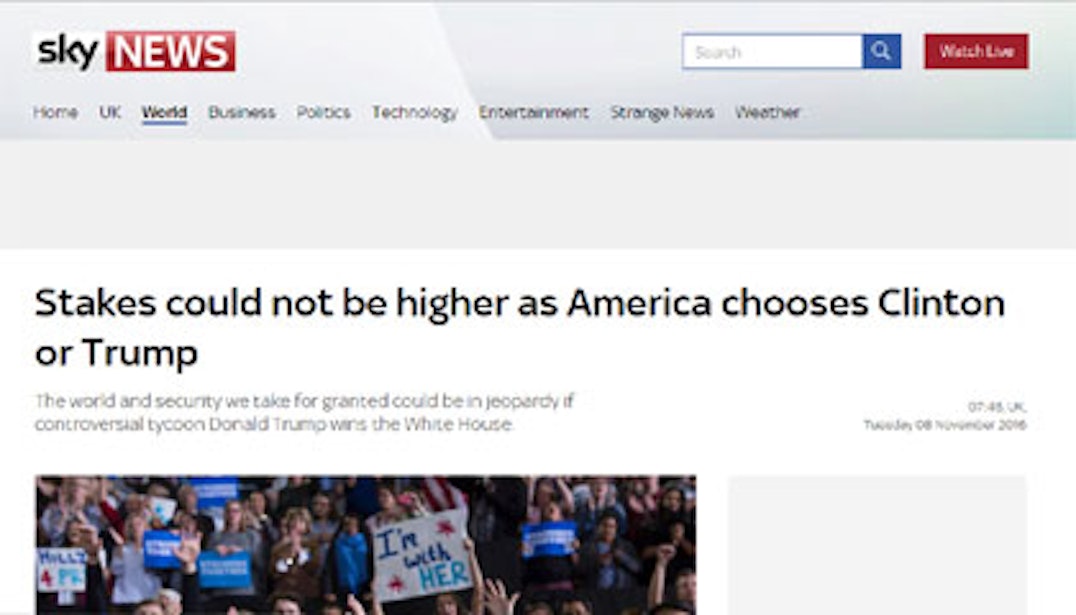 You can, of course, watch Sky News on the box, but the show is also creating creating specific social media content and videos to explain the complexities of the US voting system and interviews with voters and experts. Catch live coverage on Sky News’ Facebook, Twitter and YouTube pages. 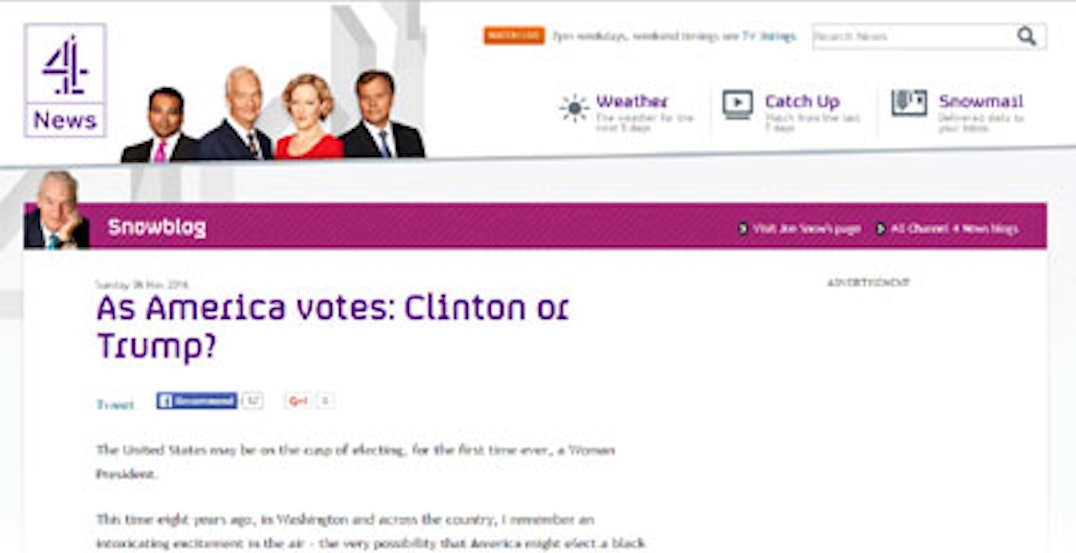 For concise, trusty and up-to-date news and videos, log onto Channel 4 US Election News - they covered the Presidential debate last week and will remain ahead of the game. ‘This has been a US election like no other with phenomenal public interest, said Channel 4 Current Affairs Commissioning Editor, George Waldrum. ‘Everyone wants to know if Trump can really pull off a shock victory. We’re excited to bring what could be a pivotal moment in both Clinton and Trump’s bid to be the next President, to a UK audience.’

It’s been a long campaign and we can trust the BBC to offer all you need to know about the election. It is giving news, analysis, features, videos and interactives; typically this will probably be your first port of call.

CNN’s coverage of the 2016 presidential election ‘Election Night in America’ includes real-time results of the latest polls, schedule and election results. The news network created CNN Politics Election app which promises to tell the election story in an entirely new and compelling way. 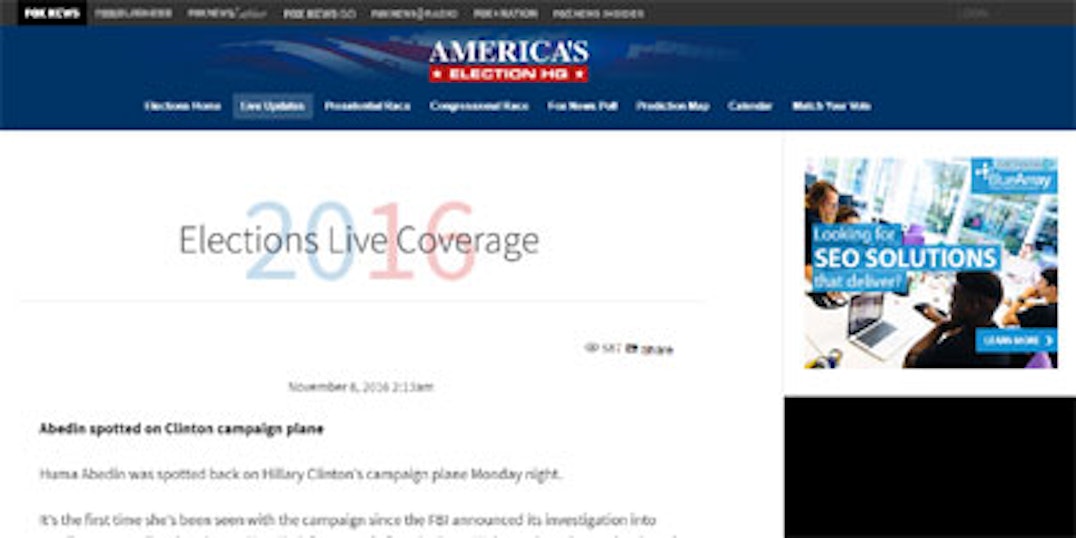 Fox News will be updating their live blog frequently. Keep up with the hottest political debates and opinions with the Hufington Post blog. And if in doubt, look to The Spectator for its brilliant blog, Ten handy phrases for bluffing your way through US election.

It seems as though the world has gone a little mad. As the week gets tense, dig out a little humour with these funny political parody Twitter accounts: the GOP Teens, Bernie Thoughts, Paul Ryan Gosling and the Trump Sniff.