What if your perfect honeymoon involves no flights? The experts at 101 Honeymoons pick ten of the best.

Picture a classic honeymoon and it usually features a tropical beach, all white sand and palm trees, or a bucket list option such as a safari. But what if your perfect honeymoon involves no flights?

Whether you hate flying, prefer slow travel or simply don’t want to venture far afield, there are still some wonderful no-fly honeymoons to be had. Jane Anderson, editor of 101 Honeymoons, picks ten of the best.

It’s easy to forget the romantic options on the doorstep when you’re planning a honeymoon - but as well as its stunning scenery, the Lake District is home to one of England’s most romantic hotels. 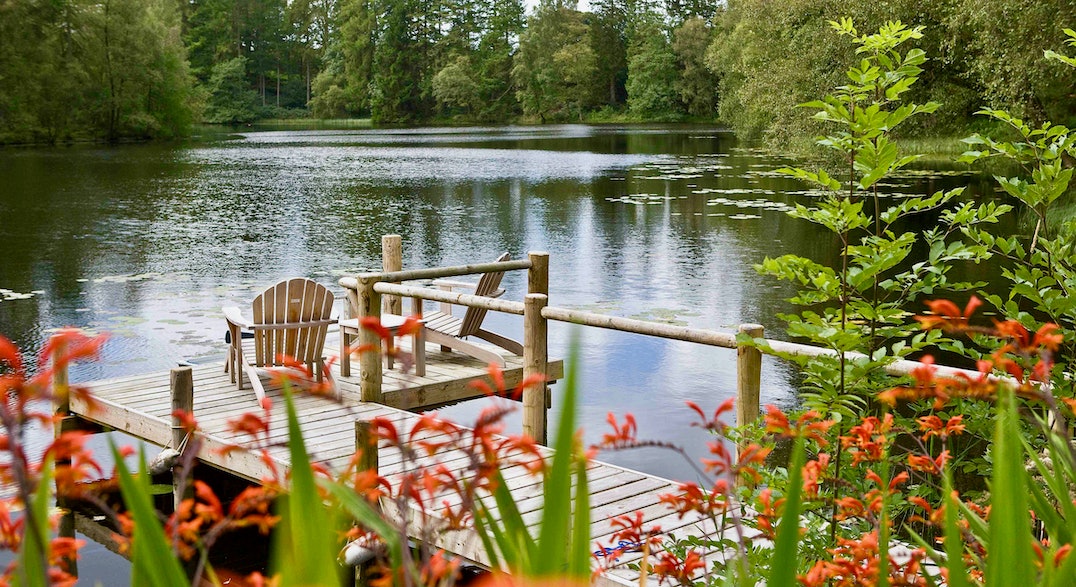 The five-star Gilpin Lake House – part of Gilpin Hotel – has six luxury suites set in 100 acres of private grounds where you can sip champagne in an open-air hot tub or enjoy massages in the Jetty spa, along with an indoor swimming pool and views of the lake. Finish the day with Michelin-star food at the main hotel, with a chauffeur to whisk you there and back.

It only takes two trains to whisk you to northern Italy – via Paris – with timelessly beautiful Piedmont and its equally enticing food and wine awaiting you. The birthplace of the Slow Food movement, it’s also the perfect spot to embrace Slow Travel, on a cycling honeymoon around the area. 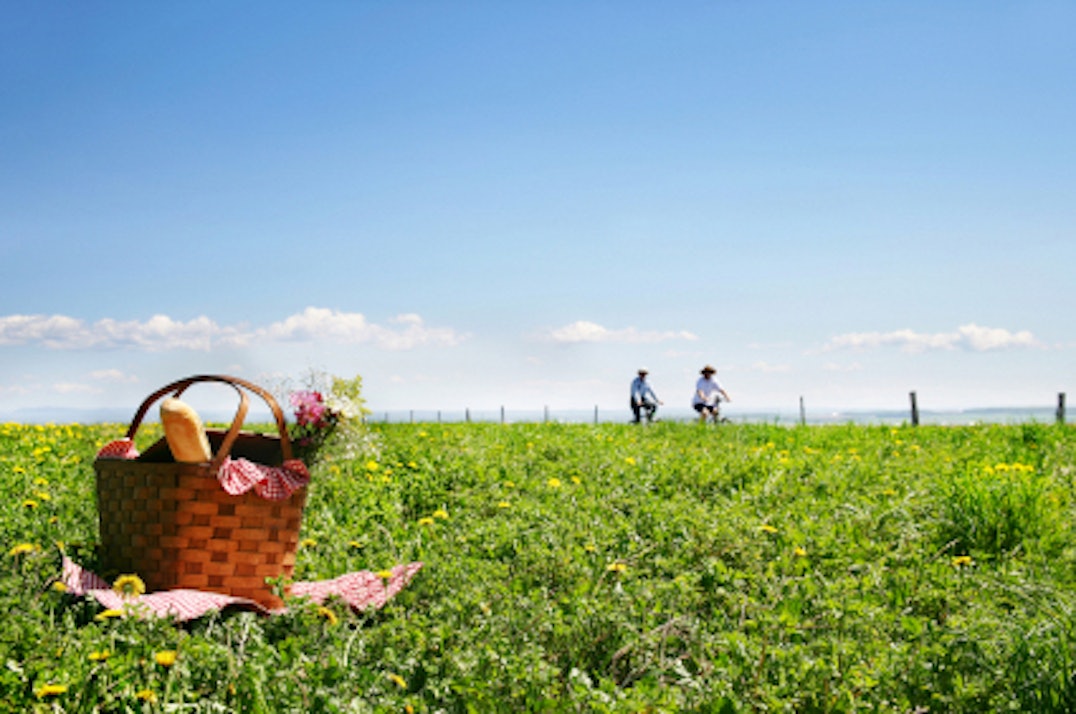 Headwater’s romantic itineraries include routes for those who love their food – and even better, ensure your bags are transported from hotel to hotel so you only need to think about what’s around the next bend in the road. Their Gastronomic Barolo route, for example, takes you through world-famous vineyards and historic towns, past castles and along rivers, as well as a stop at the home of Ferrero Rocher. Travel at your own pace with detailed maps, and the option to upgrade to e-bikes if you want an even more relaxed break.

If you’re tempted by the lure of the open road, it’s not just the USA which has some fabulous road trips for honeymooners. Look north to Scotland, and you could explore the spectacular landscapes and buzzing cities from behind the wheel of a sports car or a classic model, such as a 1950s Austin Healey. 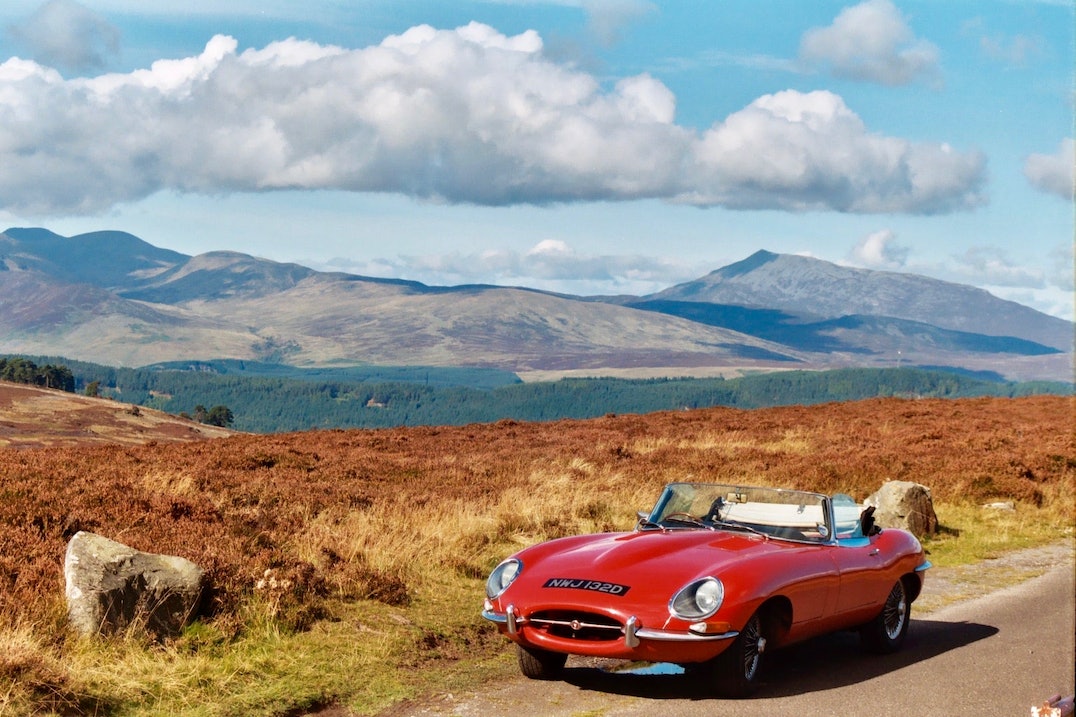 McKinlay Kidd has created some truly romantic luxury honeymoon itineraries including the chance to drive between majestic castles, team five-star Edinburgh with Loch Ness and a private island, or journey through the Trossachs and Glencoe Pass before taking the ferry to the Isle of Skye. And if you don’t want to spend the whole trip driving, there’s an option to travel first class by train, including the Jacobite steam train, as you soak up the Scottish scenery.

A cruise is the classic choice if you don’t want to fly, and it’s easy to reach the Mediterranean ports by train and ferry if you can’t sail directly from the UK. But while you’re not short of choice when it comes to cruises, a classic clipper tallship with the wind in its sails is a truly unforgettable trip. Sleep in a wood-lined cabin to the sound of the waves or watch the seas from the bowsprit net as you sail past Spain, France, Italy, Greece and Turkey – for starters. 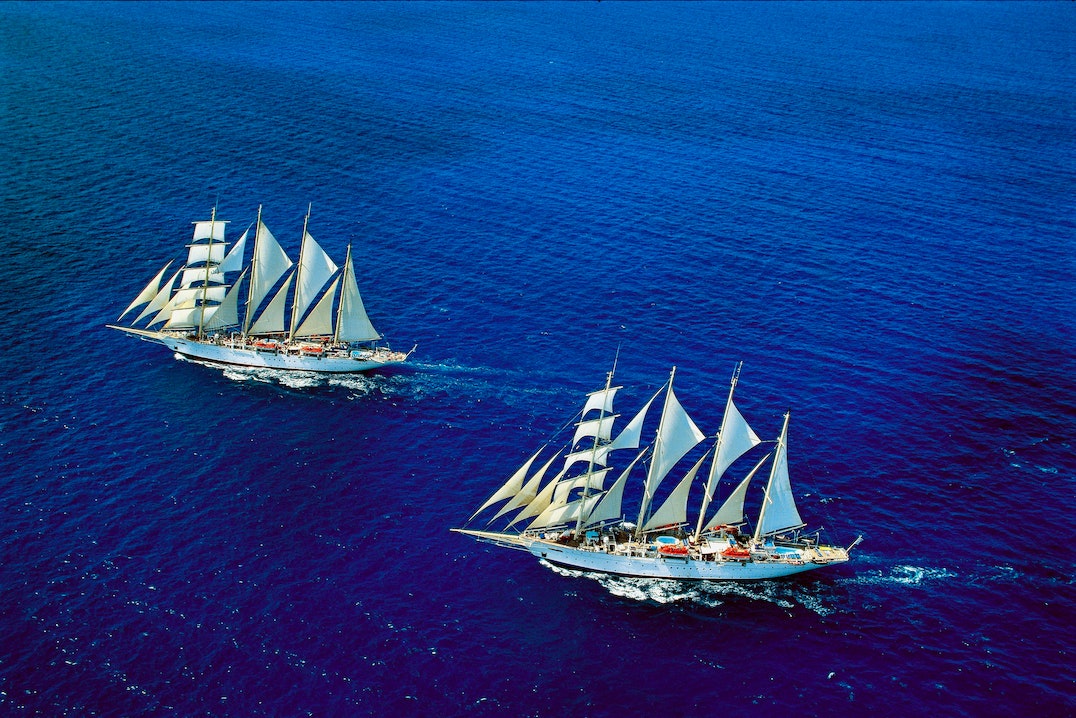 An Eastern Mediterranean cruise from Star Clippers could see you entering the dramatic harbour of Kotor in Montenegro, while Western Mediterranean itineraries also visit Slovenia and Sicily. You can even have an on board marriage blessing by the captain.

5. Check into a lighthouse

For a romantic UK break with a difference, there’s an ever-growing variety of accommodation to choose from – converted shepherd’s huts, quirky woodland cottages, even towers and castles. But it’s hard to beat the chance to stay on the cliffs in a former lighthouse keeper’s cottage. 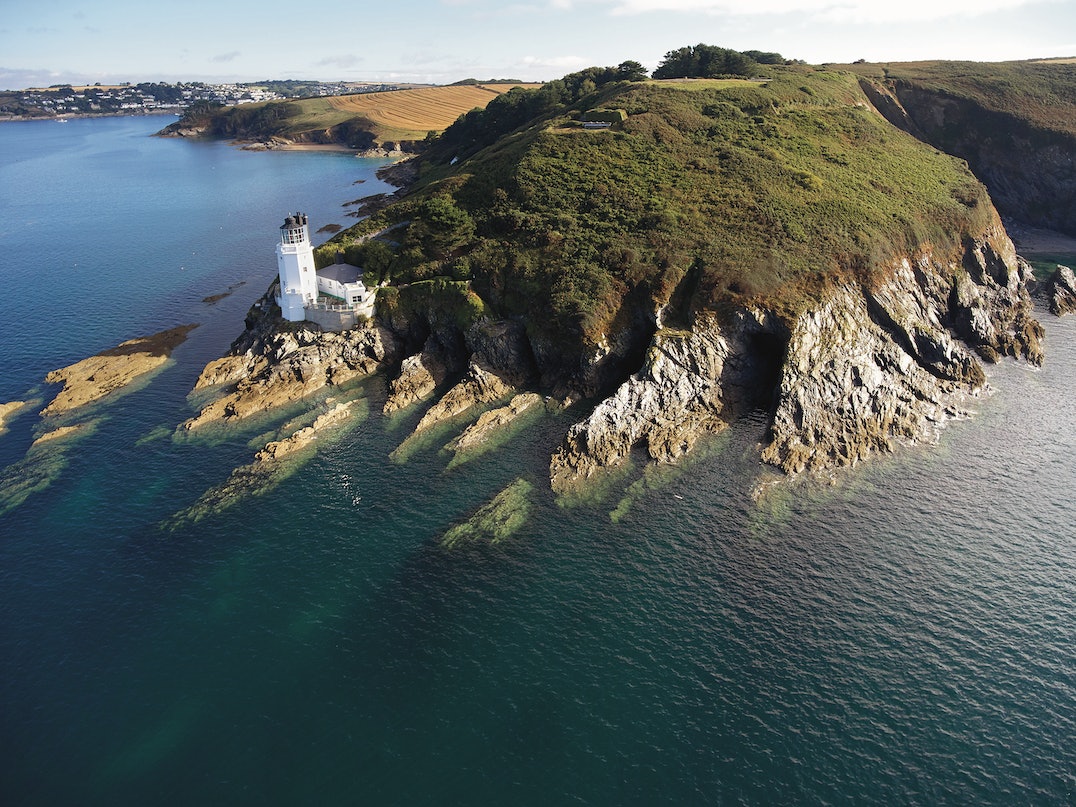 Rural Retreats has a unique collection such as The Link at Cromer Lighthouse in Norfolk which has a bedroom formed from the circular base of the 19th century lighthouse tower itself – still automatically operating above you. The company can also arrange celebration hampers including champagne, flowers and olives to await you. Perfect if you’re looking for something memorable on a budget or a short break minimoon.

From the golden Alcazar Palace of Seville to the incomparable Alhambra in Granada, the cities of Spain make a perfect honeymoon for those who love city breaks – not to mention being home to some seriously stylish hotels. Make the most of the high-speed Spanish train network across the country to Seville with a rail journey via Paris and Barcelona, or take the ferry to northern Spain and head south, before a tour of three of Spain’s most beautiful cities: Seville, Granada and Cordoba. 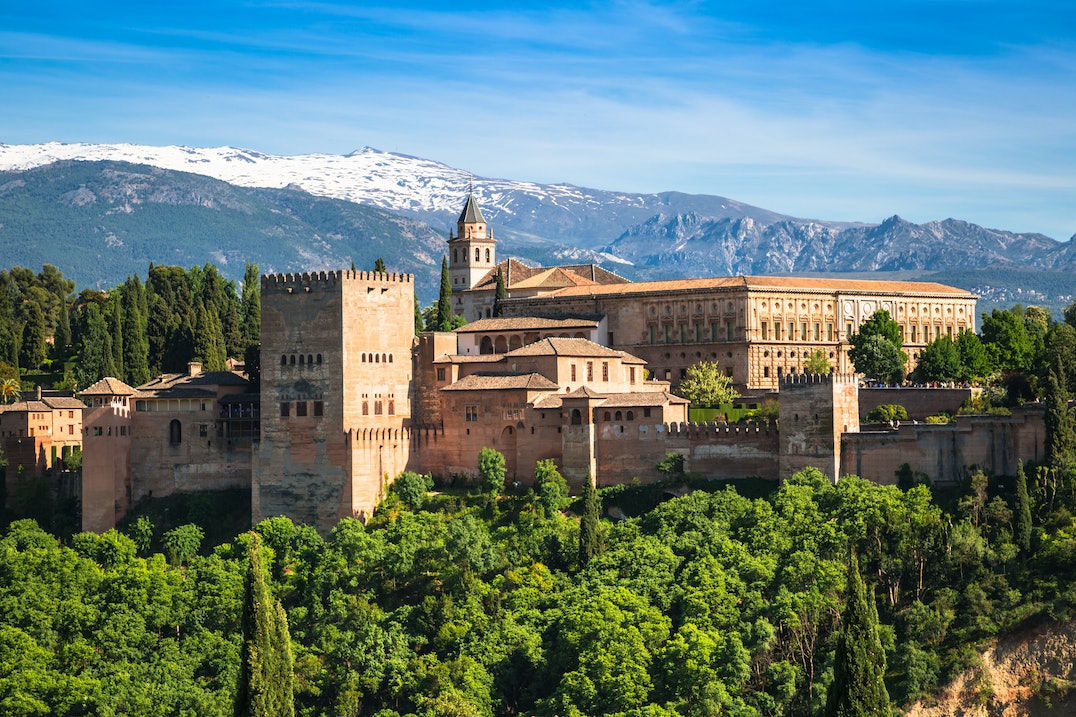 The Andalucian Trilogy trip from Kirker Holidays includes stays at historic former palaces, updated to include rooftop pools and spa treatments, as well as walking tours, and can be adapted to exclude flights for a no-fly honeymoon.

Michelin-starred food and a cookery school make Lucknam Park the perfect honeymoon for foodies – as well as indulging in some of the UK’s best food and wine, you can learn the secrets of making it on one of the hotel’s cookery courses, not to mention brushing up your patisserie or street food skills as a couple of the alternatives. 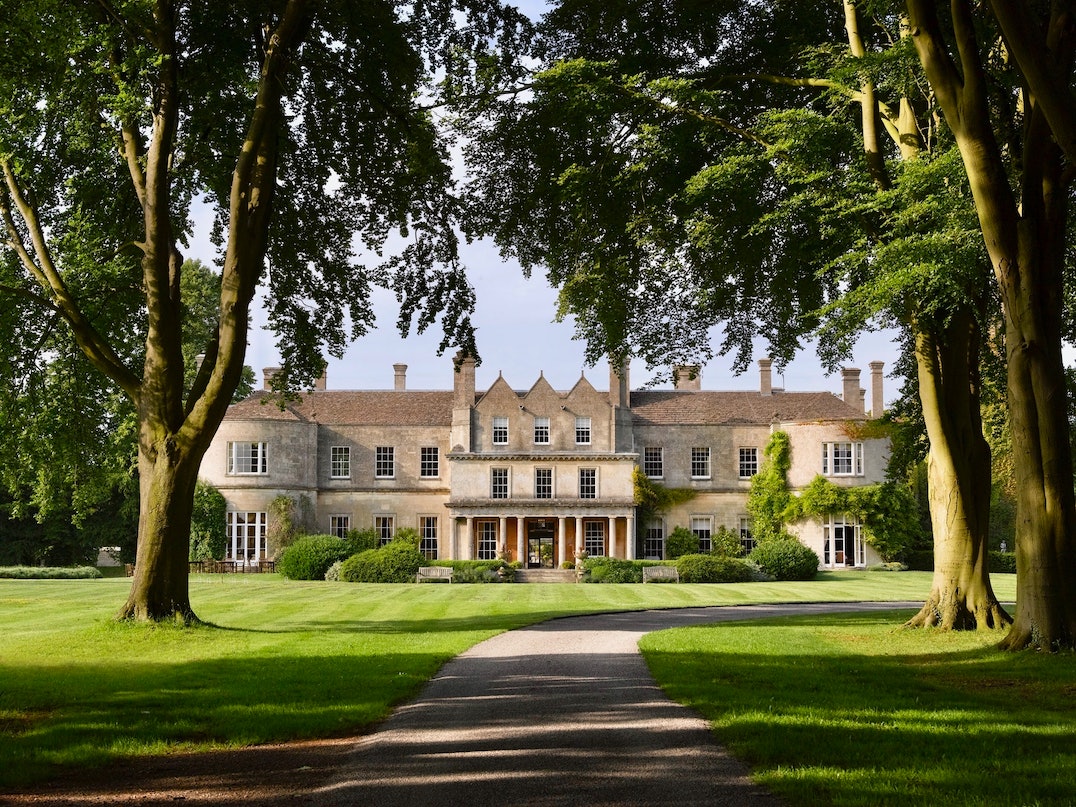 Even away from the food, there’s plenty to tempt at the 18th century Palladian mansion: four poster beds, some with their own open fires and views out across the 500-acre estate. The hotel can arrange a romantic picnic to take with you as you explore the grounds too. There’s also a luxurious spa with swimming pool and hydrotherapy pools plus pampering treatments.

8. Island-hop in the Adriatic

With a no-fly honeymoon, the journey is a big part of the adventure - so if that’s what captures your imagination, keep the theme going on an island hopping honeymoon. Croatia’s thousand islands ensure there’s plenty of choice, and small ship cruises leave from Split and Dubrovnik, both worth a stop themselves. 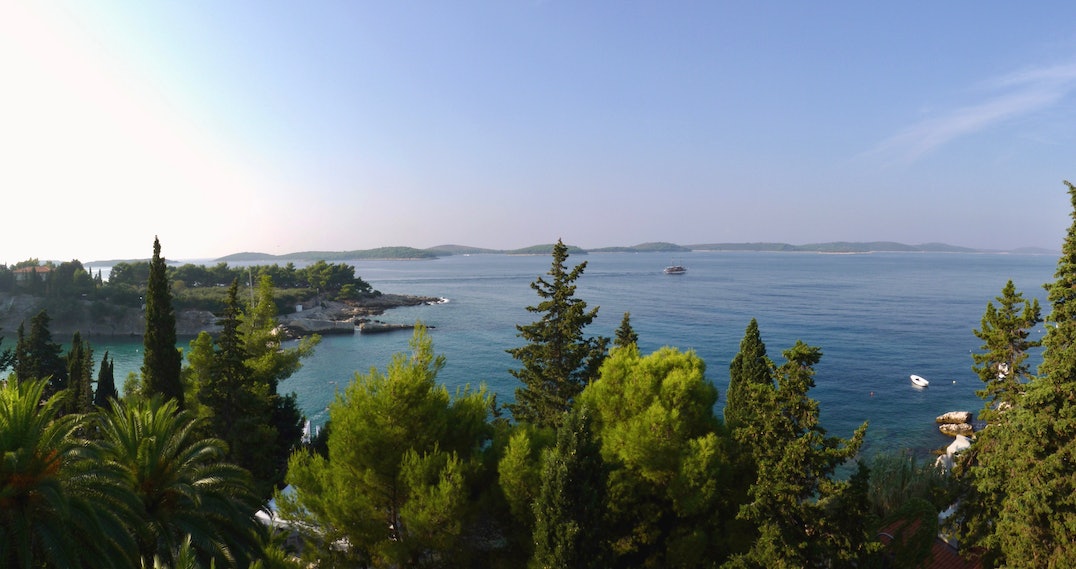 Take the Eurostar and high-speed train onwards to Germany before heading down through the mountains towards Zagreb and beyond – then step aboard one of the luxury cruises along the Split Riviera or to some of Croatia’s less well-known islands. Specialists Completely Croatia offer a variety of cruises as well as hotels which are perfect for honeymooners.

9. The world’s most famous train

The Venice Simplon Orient-Express is an unforgettable way to start a honeymoon. Even better, this luxurious taste of the Golden Age of travel finishes with a stay in perhaps the world’s most romantic city. Start your journey from London with a Bellini as the Belmond British Pullman takes you to the Channel crossing, before being welcomed on to the Orient-Express with a four-course dinner and pianist playing in the Bar Car. 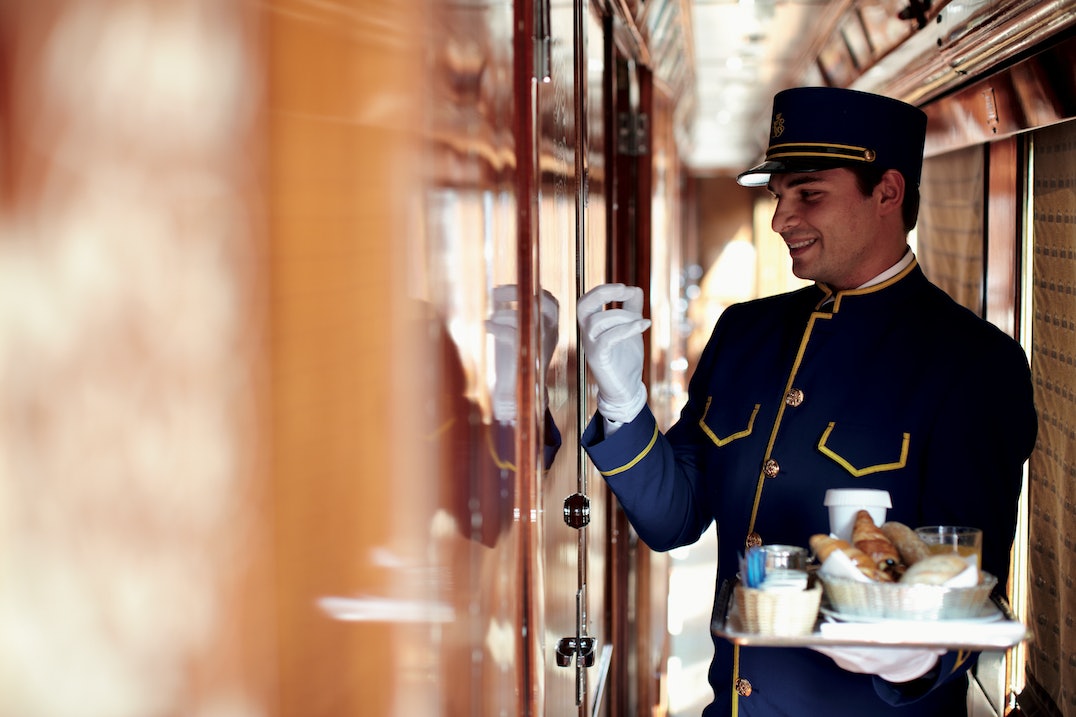 After another three-course lunch to views of the Swiss Alps and Italian Dolomites, Venice awaits – with gondolas and vaporetti to take you along the Grand Canal or out to colourful Burano, as well as the famous historic sights. Stay in a former palazzo, The Danieli, or the Ca’Sagrado overlooking the Grand Canal. The Luxury Holiday Company can tailor-make your perfect VSOE experience.

Forget sleeping bags under canvas when you could escape from the world on a fabulous glamping retreat. The adults-only Butterfly Meadow Yurt, on the borders of England and Wales, is set in a secluded private orchard that’s perfect for chilling out together. There’s a rolltop bath as well as a proper double bed, plus a wood fired pizza oven in the yurt’s kitchen area, and the glorious Black Mountains nearby to explore. 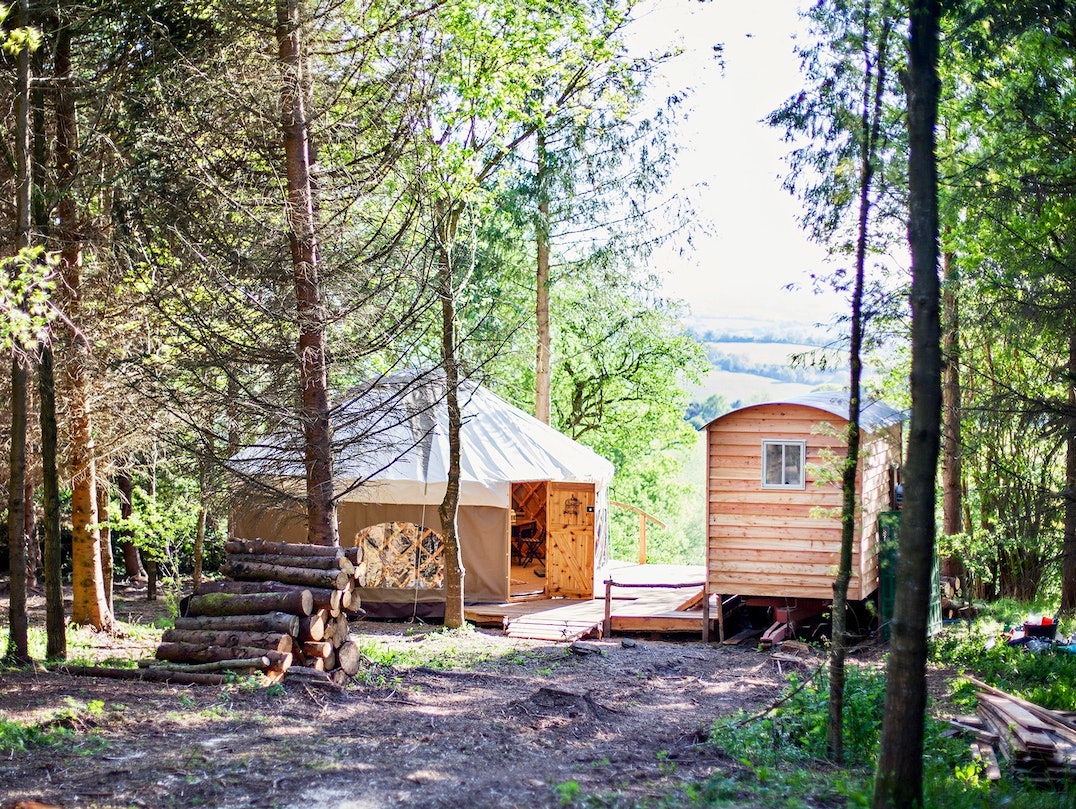 Part of the Sugar & Loaf collection, whose motto is ‘the pursuit of something magical’, there are also options with outdoor hot tubs, historic cottages and even a converted hayloft with its own spa room as well. 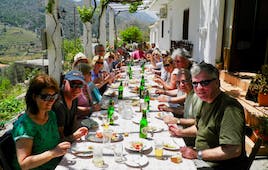 Solo Travel For Every Interest 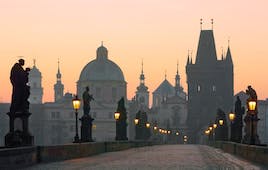 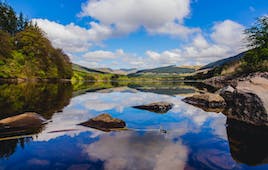 How To Holiday in the UK’s Beautiful National Parks 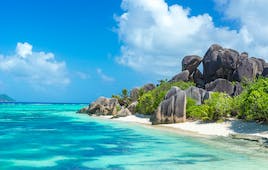 Holidays To Book Now For This Year & Next