Peter Harden of Harden's London and UK restaurant guides spills the beans on his favourite sites.

Peter Harden is co-editor of Harden's London & UK restaurant guides. The business, he says, was an internet business from before the internet was invented, as it has since 1992 invited "ordinary diners" to submit their own restaurant reviews, on which the Harden's reviews and ratings are based. This year over 8,000 took part, and received a free guide as a thank you.

Jancis Robinson - I'm not in truth the greatest wine aficionado in the world, but I greatly enjoy reading anything Jancis Robinson has to say about wine, and from a publishing point of view, I'm jealous of the commercial success of her 'purple pages' (the paid-for area of her site, annual membership £69 per annum). I also enjoy the 'Nick on Restaurants' section, as her husband Nick Lander – the FT's restaurant critic – is a friend, and has an interesting angle on the trade having been a successful restaurateur himself. His reviews are also available at NickLander.com

Keeping up - Though I'm on the Beeb several times a day, I have to say I think their coverage of business news is abject. The FT is so good, particularly the opinion pieces, but I do find myself busting the number of articles I can read freely, at which point I scoot off to Bloomberg.  As well as good news and analysis, Bloomberg also maintains a resident restaurant commentator, Richard Vines, who has some good scoops.

Metro - I'm not going to plug any rival restaurant sites which I keep an eye on, but I don't mind plugging Marina O'Loughlin's excellent reviews which I catch here if I've missed my Wednesday copy on the tube.

OwnersDirect - With three kids in tow, my preferred option when travelling is to self cater. I've used this site a number of times to find excellent properties (you negotiate directly with the owner), and envy its very intuitive navigation: an area I'd still like to improve on our own site.

Jigsaw - running a publishing business and as something of a Mac devotee, I've had to buy more than my fair share of Apple products over the years. I never go near an Apple store, but use this Notts-based firm. The website is decently laid out, the salesforce really know what they're talking about, and their tech support is of rare quality.

Best Sites For Planning A Night Out

Planning an evening out on the town? These are the sites we recommend. 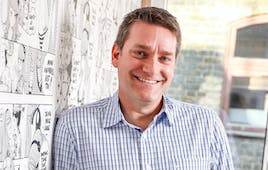 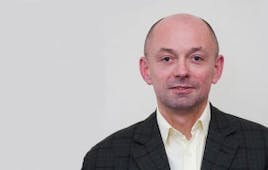