Lawrence Jones founded cloud and hosting company UKFast in 1999 along with his wife and commercial director Gail. Since then, they have successfully grown the business, transforming it into a £20 million+ turnover firm with 4,000 clients including British Cycling, English National Opera and the NHS.


Jones was born and grew up in Denbigh, Wales, but later moved to Manchester where he made his first step into the world of entrepreneurialism. After making money playing piano in hotel lobbies, Jones saw a gap in the market and formed the Music Design Company, which supplied musicians to venues across the North West, and was bought by Granada in 1997.

My Favourite Website... It’s got to be Twitter. It has revolutionised the way we communicate, both professionally and personally by opening up new channels of communication and allowing users to get to know people they otherwise wouldn’t. It’s also a great place for sharing inspiration – ideas, images, opinions – in real time. It’s an amazing creative space.
My Favourite App... Gira. It’s a fantastic app that makes it possible to operate the technology in UKFast’s new HQ, as well as all of the devices in my own home, from the television to the under floor heating.

My Favourite Blog... That has to be Richard Branson’s blog, without a doubt. He is so open to sharing so many great snippets of business genius that can help other budding entrepreneurs. I don’t care whatever level you’re at in business, you can learn from this man.

My Most Recent Buy Online... An exhibition stand from DDex for an upcoming ecommerce expo.
My Favourite Tweeter... There’s not one stand-out person but I enjoy reading tweets from regional business people. There’s a real online community developing in Manchester and it’s great to be able to be a part of it.

My Pet Hate About Life Online... It frustrates me when online businesses are turning over large sums of money but refuse to invest in their infrastructure. I understand that businesses need to save money where they can but cutting corners when it comes to hosting websites, applications and databases is laden with risk. People often don’t understand the importance of a robust, secure infrastructure. When they don’t invest in their IT properly and things go wrong, they are devastated, but it’s common sense. Trying to run a large business on a cheap server with no support is like trying to balance a nice car on a cardboard box. The cardboard box simply can’t take the weight.
Social Media Allowed Me to Meet... People who are now members of the team here at UKFast! I can think of a number of people who sent me tweets about the business who have actually ended up coming in for interviews with me and then joining it. I love to see initiative and ingenuity; people using the internet to do their research and approach people they might not otherwise be able to approach directly.
My Stand-Out Online Memory... The one I remember most vividly and the one that seemed to stop time was the footage of the Twin Towers on 9/11. I didn’t see it on the television; I saw it online, like thousands of other people. I realised that huge world-changing events like this horrendous moment would be captured and circulated online; that the online world was changing the way we view and share news, good or bad, across the world.


Most Worthwhile Newsletter Subscribed To... The team newsletter that the UKFast Communications team puts together each month. It’s full of employees’ personal and professional achievements and photos, commentary and news about company events and awards. It makes me proud every time I read it.

Our selection of charitable enterprises that are using the web in an innovative way to motivate and engage.

Never before has there been so much choice for dedicated followers of men’s fashion.

Retro Technology That We Love

Top notch gadgets that look pleasingly vintage; we choose five of the best.

Welcome to the office messaging app that is revolutionising communication in small businesses and teams. 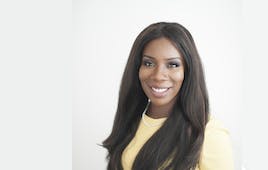 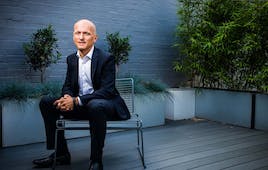