Cynan Jones was born in Wales in 1975. His first novel, The Long Dry, won a Betty Trask Award from the Society of Authors, and got him nominated as the Hay on Wye Scritture Giovani in 2008. It's since been translated into Turkish, Arabic, Italian and most recently French, where big nationals like Le Monde, Liberation and Figaro are making quite a fuss of it. A second novel - unpublished in English - has just come out in translation in Italy, again to great acclaim, with journalists and critics throwing around names like Hemingway, Carver and Cormac McCarthy - not bad company for the Welshman to be keeping.

June sees the publication of his second UK novel, Everything I Found on the Beach, with a launch event on the 2nd June at the Hay Festival to which all are welcome. If you want to make small talk with the author, ask him about food and wine matching - he's just opened his own wine shop in his home town, Aberaeron!

Daily Mash - I find the news very difficult. The other side of the coin, satire is so often so self-congratulatory, - a 'look how intelligent and astute I am' sort of game. This isn't, it's far more honest. It makes me laugh like a child. One of the first articles I read was 'Wimbledon Ditches Rules in Bid to Keep Munters Off Centre Court.' It looks at the World in the way we're told we're not allowed to look at the World.

Amazon -  I eat books. Living where I do though, it's pretty much impossible to get the books I need quickly. To be able to fire an order online and have a book there for me the next day is a godsend. Amazon (generally) do what they do well, and they sell my books, of course...

The Spicery - I grow, pick or catch a lot of my own food, and generally eat pretty seasonally, but that can get limiting sometimes. For a very reasonable subscription, these guys will send you a spice kit and recipe to your door once a month. This way, you're constantly finding new flavours and techniques. And the quality of the spices, herbs and so on is second to none. I can't even talk about the hibiscus flower cocktail....

Flv2mp3.com - A site that means you can download a clip from YouTube and turn it into an mp3 file! Genius.

Penguin Baseball - Am I allowed this one? It's not exactly a website, but definitely one of my favourite things on the web. I used to be a supply teacher and once had to cover an IT class. There were tasks set and work to do. But I found this. By the end of the lesson the entire class was in fierce competition with each other, and much penguins had been batted. I knew it was time to get out of teaching at that point. I would never try this with real penguin though.

What do you get when you combine HRH The Duchess of Cornwall and the former wild-child of British broadcasting, Chris Evans? The answer is a short story competition for children across the land.

Pick daily poetry over social media like Michelle Williamson by subscribing to The Poetry Foundation's Poem A Day.

The best sites for buying books, reading reviews and generally spreading the love of the written word. 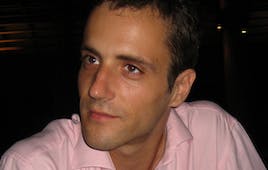 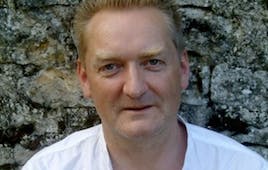 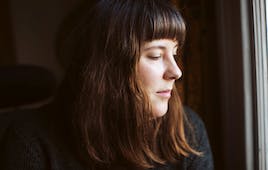