We get up close and personal with one of the most celebrated photographers of our time... Richard Young

At the Lebanese restaurant opposite his gallery in Kensington it is showbiz photographer Richard Young who is greeted in celebrity style. The waiters bring fresh coffee to his table, laugh at his witty jokes and ask after his gorgeous wife Susan; often heralded as the mastermind of his illustrious forty year career. This is of course not only a reflection of his humble Hackney roots but also of his respect for everyone from his local restaurateur to the most famous celebrities on earth.
Young, now 65, immaculate in a cashmere jumper, started out as an uneducated window dresser who has become, according to The Times, "One of the most important photographers of the 20th century."
As a young man he fled to New York in search of himself. When in 1974 he was still looking, he returned to London and took a job with men’s fashion retailer and philosophy bookshop owner Jeffery Kwintner, who handed him his first Nikon camera. Speaking of his gratitude for Jeff he says, “Without his belief and encouragement in me, I don’t think I would be sitting here talking to you about it.” 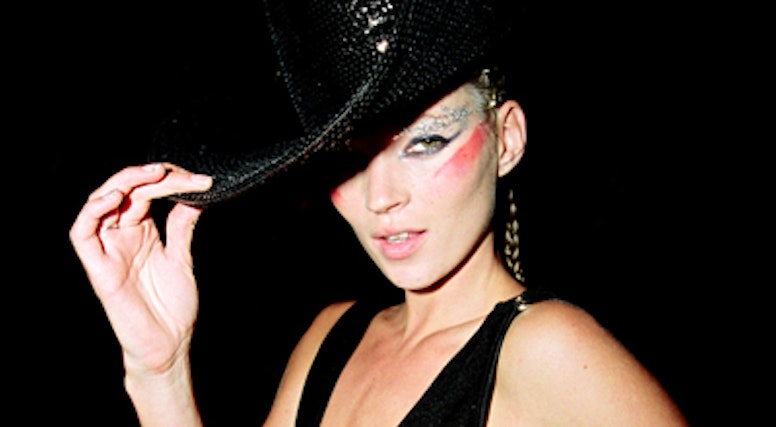 In the production of a four part documentary series on his career, filmmaker Don Letts asked Kate Moss and a plethora of other A List celebrities to contribute and all happily agreed to do so. Young speaks with genuine affection when talking about the coup of securing Moss (rarely heard in the media). “Kate and I have known each other for a long time. I’m absolutely thrilled she did it,” and so are we; it is quite a thrill to see the most famous model on the planet actually speaking.
Young was overwhelmed by the comments of his subjects, many of whom are now also his friends, “Elton John was so wonderful...and David Walliams.” Watching the first episode he says, “I cried... I was absolutely amazed at everyone’s generosity and love. It made it more final; it reassured me that whatever we’ve done over the last 39 years hasn’t been a waste of time.”
Having worked with with Nelson Mandela, the Dalai Lama and Diana Princess of Wales to name but a few, his career could have imbued him with an arrogance and egotism but the relaxed smile on his face is a sign of the immense appreciation he has for everything in his life. This is perhaps a product of years of spiritual searching, again under the influence of Kwintner. “He encouraged me to read a lot about Zen Buddhism and Eastern Philosophy, which I did and it became very useful for me. I took it quite seriously and it kind of gave me direction for the rest of my life.” 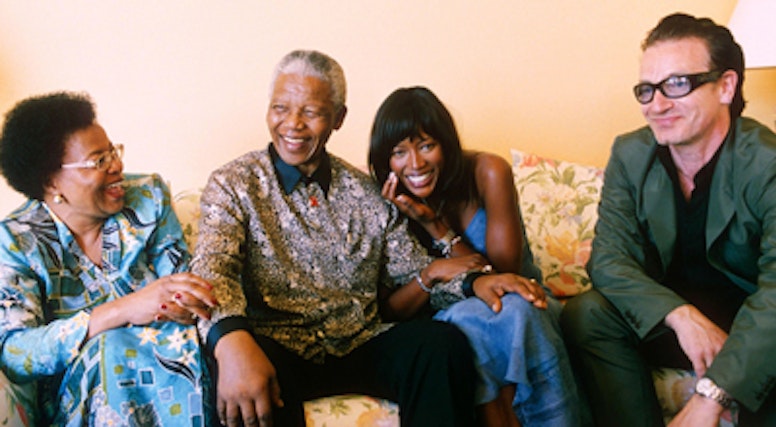 This philosophy reflected well on his career; his belief in karma has allowed Young to make friends rather than enemies of some intensely private celebrities. “If you are a good person, a nice person, a kind person and show respect to everybody, then things just come flooding to back you in the same way you give it out.” Buddha isn’t the only deity Young reveres however, “You only have to listen to someone like Leonard Cohen, the way he speaks. If Leonard Cohen was a God he would be my God,” he laughs.
His compassionate nature is evident even when asked about the new celebrity culture of fame for fame’s sake. He says simply, “Everyone has to have something in their life to work towards. Good luck to them. Photographing them is a whole other ball game. You know, until they actually prove themselves and become really successful, they don’t need me really.”
In a career spanning four decades Young has seen the industry change dramatically and has risen to the challenge of modernising where others have failed. However, he never manipulates images; Photoshop in his eyes is for “lightening or darkening” and nothing more. He says ‘being the best’ takes more than being able to hold a camera. “I don’t rate myself as the greatest living photographer and I never will do. It’s how you are with people.” Speaking of the 5% between talent and greatness he says, “It comes through making them do things or getting the picture that sometimes they wouldn’t want.” He is careful to stress however, “You have to get people on your side, the minute you start upsetting people you’ve got a problem!” 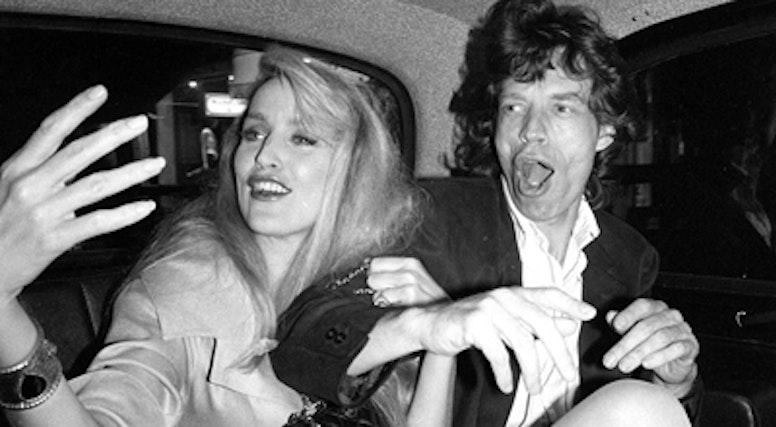 Vanity Fair played a huge part in Young’s career when they commissioned him to cover their infamous Oscar Party. He describes a seminal moment involving Leonardo DiCaprio and his leading lady Kate Winslet. DiCaprio who according to Young “doesn’t like being photographed,” nevertheless agreed to pose with Winslet after Young’s request for a “Titanic moment.”
His face lights up when recalling some of the precious relationships he has formed over the years. “One person in particular who I felt very happy to be friends with was Dennis Hopper, the other one being Freddy Mercury from Queen. We became very close and I am sure that if Freddy had been alive he would have spoken on my documentary. He would have called me Muriel because we all had nicknames in the circle and mine was Muriel, (after a famous TV presenter in the 50’s called Muriel Young) so Freddy Mercury used to call me Muriel. Only a few people know that.” 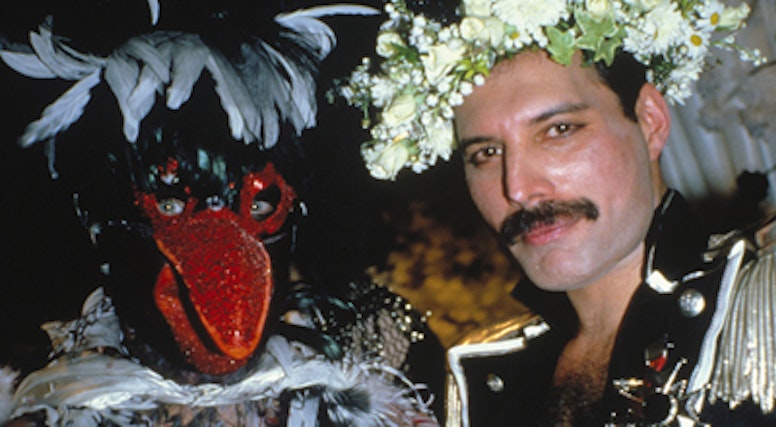 His early career led to some hilarious and outrageous incidents such as gate-crashing Richard Burton’s 50th birthday party and getting that infamous Elizabeth Taylor kiss shot; one of his favourite pictures. He also snuck into a party held by Rod Stewart, “I kind of disguised myself as a waiter,” he laughs. In the heyday of Mick Jagger and Bianca Jagger at Cafe Royal hiding behind curtains became a regular theme, until Young realised (in this instance) he was on entirely the wrong floor. “I was in the overflow bar and no one came into it,” he smiles at the ridiculousness of it all.
His career has been an unparalleled ascent, but what about family? Not quite as trouble free, Young’s first wife died of cancer, an event still etched on his memory. Luckily Young found love again with second wife Susan, who is “the back-bone and love of my life. She runs the whole gig and is such a great believer in me.” Now Young works mainly on commission and attends events as an insider. The choice is his; “Who’s going to be there? Is it going to be a global situation? Do people know who these people are? Is it only for English newspapers? Would I rather be at home or go out to dinner with my wife?” telling questions... Young no longer attends the opening of an envelope; he has risen almost majestically – to the top of the industry hierarchy. This was not without effort however, “no holidays, no breaks,” he admits, he was always, “panicking that I was missing something. You’ve got to be devoted to your job, to what you’ve created.” 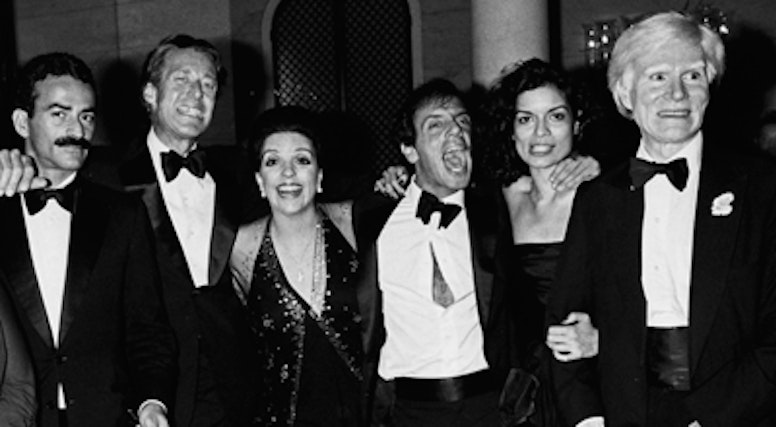 Does he have any regrets, even after all he has achieved? He wishes his parents were around to see the full life he has created. He speaks of his loving and supportive childhood with a sense of calm but remembers his father calling him “a good for nothing,” he did however see “some of the fruits before he passed away and he was very proud.”
Reflecting on the immense scope of his career Young returns to those he has shared it with. “I’ve been very fortunate and very lucky to have met some wonderful people along the way who have made the journey so memorable.”
When asked what he wants to be remembered for, it is his early work, street photography and the inspiration he may have provided to other photographers that comes to mind. Even now, if the mood so takes him, Young will grab his camera and return to the streets. “I like taking pictures of musicians or homeless people; I always drop some coins to them after, just to show I’m not doing it out of disrespect.”
Ever the gentleman, Richard Young.
______________________________

Interview by Alice Kahrmann with additional reporting by Amy Durden. 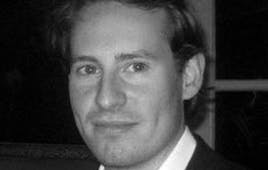