Alice talks all things skincare with Paul Berrow, the man behind the MHz range by Plant Me Botanics, a favourite of Trinny Woodall.

My name is Alice and I am a high performance beauty addict. I’ve tried them all, the primers, the veils, the peels, the microfoliants, but have I ever really felt my skin transformed from one day to the next by a product? Not until recently. The MHz range appeared as a sample pressed into my palm several years ago, but it wasn’t until Trinny came into my life, waxing lyrical about its transformative properties that I dug out the sample and committed to using it, then swiftly ran out and purchased more.

Cue Alice Mark 2, one of the doggedly converted, evangelising to anyone who might listen, whilst religiously slathering it on every night (that’s the Hydration Recovery for day and the Night Repair Sleep Elixir for night, in case you’re wondering). Cue reduced pores, clear, brighter skin, a munificent glow even without makeup, fine lines significantly faded, what more could you realistically want from a skincare product? Yes I’m nailing my colours to the mast alongside Trinny, the MHz range by Plant Me Botanics, are miracle products, which is why I’ve tracked down the man behind the brand, Paul Berrow, an all round holistic health aficionado, film and television producer, and alongside brother Michael once the manager of Duran Duran. 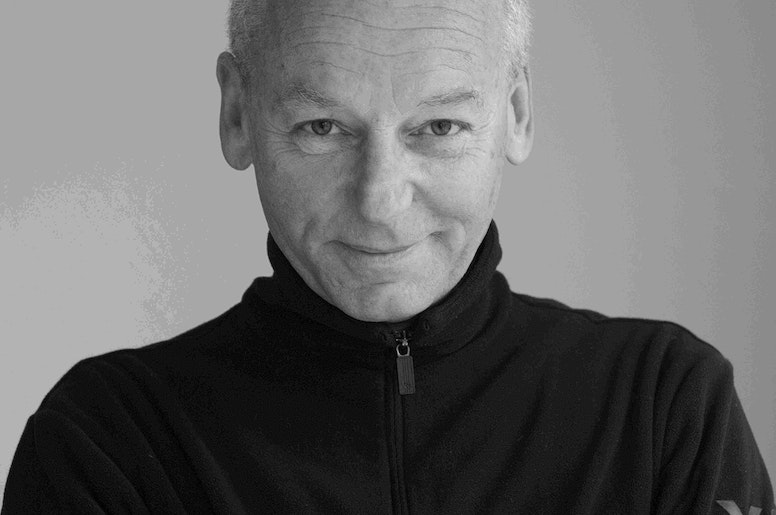 His love of oils began via his family's long running affinity with aromatherapy and homeopathy. An awareness of the superfood, transformative effects of the Moringa tree, via his travels to Africa combined to a seismic lightbulb moment; what if you provided the skin with all the nutrients it might want or need via a scientific blend of full spectrum superfood oils such as Moringa, Chia and Baobab combined with the healing qualities of Organic Rose Otto and Neroli? It worked and very quickly the 320 MHz range achieved cult status amongst the Notting Hill cognoscenti. He then created a boutique beauty site that democratises high end skincare by delivering it at a seriously affordable price given the calibre of the ingredients. 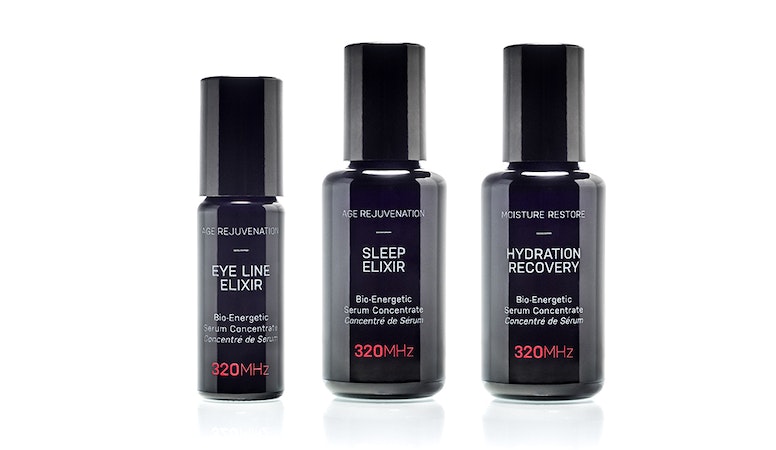 ‘As a family we had lived with a policy of not using antibiotics for the last thirty years,’ Berrow says, ‘unless it was absolutely essential. Many ailments can be cured with essential oils, tea tree, rosemary, for example to name a few. I vapourise essential oils every morning when I get up, and every evening for an hour - it kills bacteria in the room.’ The MHz range was a natural progression, stemming from a conversation with a leading scientist in the field. The idea percolated eight or nine years ago when Berrow was approached by the Green World Campaign to become a trustee. ‘I realised I could put the two passions together, contribute to the work of the red cross etc, in areas where soil erosion had taken place and lack of nutrition threatened the lives of villagers. In addition I could bring to fruition all my years of botanic research and empirical knowledge.’ 320 MHz now supports the planting and preservatioin of Moringa trees in Africa.

Suffice to say the research has become a passion. Berrow’s vernacular is peppered with tocotrienols and tocopherols, bioactives, omegas. He takes particular pride in the fact that the inherent properties of the oils eschew the need for preservatives. ‘The beauty of superfood oils is their incredible stability,’ he says. ‘We don’t use water in our products and if you don’t use water you don’t have a bacterial problem which in turn means no preservatives required.’

Thanks to the full spectrum credentials of the carrier oils, they are primed to carry concentrated extracts of botanic active ingredients along with them, rock samphire for example. Our actives come from, ‘the ocean, the shoreline and arctic meadows,’ Berrow says, don’t stray far from nature and its youthful properties won’t stray far from you, is the onus. 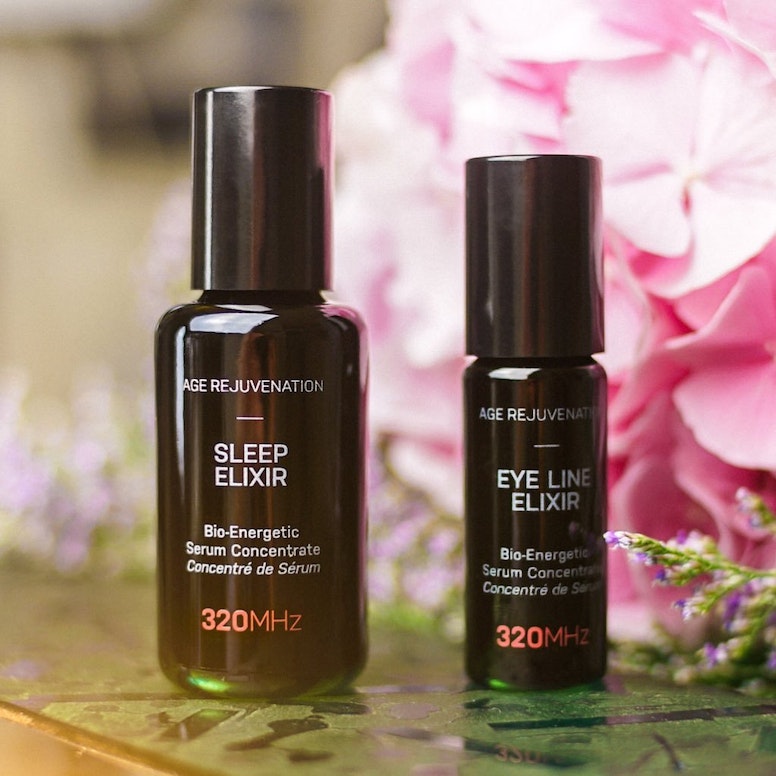 So if these oils are such wonder ingredients why isn’t everyone in the industry using them? I hear you ask. Cost of course. ‘Moringa costs ten times more than sweet almond’ (the staple of most natural products) Berrow says, ‘It’s gone up about 30% since Brexit’. But it’s not enough to put him off, he’s motivated more than anything by providing his customers with alternatives to the water rich creams so beloved of the industry (yes those rich with scientific jargon on the label). ‘There are a few issues with ingredients used by water based creams,’ Berrow says with authority, ‘silicon for example. Which actually does nothing for your skin. It’s a textural experience but it’s not actually doing anything for you. It’s the same with mineral oil, it’s a petroleum byproduct.’ Check the small print on the pots in your bathroom, he advises, if there’s a distinct lack of latin names there, you should worry, and make sure you aren’t paying through the nose for the luxury.

Berrow is also on a mission to educate people about the affinity of oil for every skin type. ’A lot of people who have oily skin might think that they can’t use an oil, which is incorrect, one of our anti ageing oils has rock samphire for example which behaves like a retinoid without the negative side effects. It will exfoliate, act as an anti inflammatory and stimulate cell turnover. The right oil will dissolve sebum build up. Cheap oils unfortunately are often thick and sticky and don’t absorb quickly and can lack affinity with the cells. Like a starving human being, a hungry cell will eat anything. Hence why it’s so important that when you do feed your cells, you feed them with a carefully balanced blend of Omegas, vitamins and nutrients from a reliable source.’ 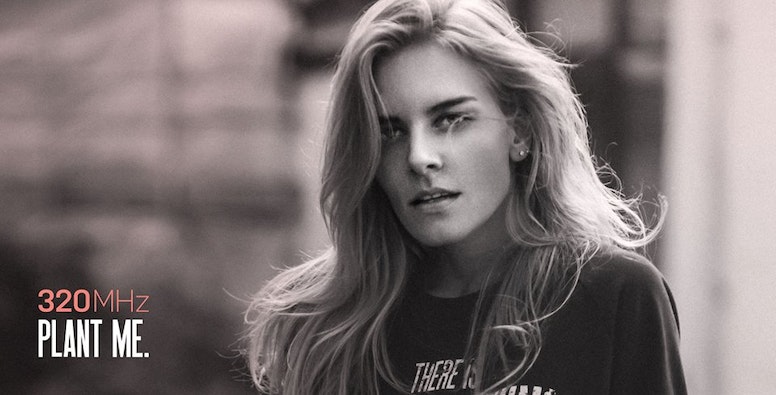 Berrow built the brand purely through word of mouth. ‘It was originally through the Notting Hill, yoga and pilates circle. Botanic purity sat well with their lifestyle,’ he says. From there the world renowned Lazeo clinic heard about him after a client with a chronic dry skin condition turned up to an appointment with the ailment miraculously healed. ‘They rang me there and then and said come round. Now they use all of my products for their treatments. The oils sit in pride of place, and we work closely developing all our new products.’ Via said network, Trinny got hold of a sample. See her evangelical review, here. The much lauded beauty and skincare blogger and expert, Caroline Hirons also gave it the seal of approval, as did Vogue, the list goes on... 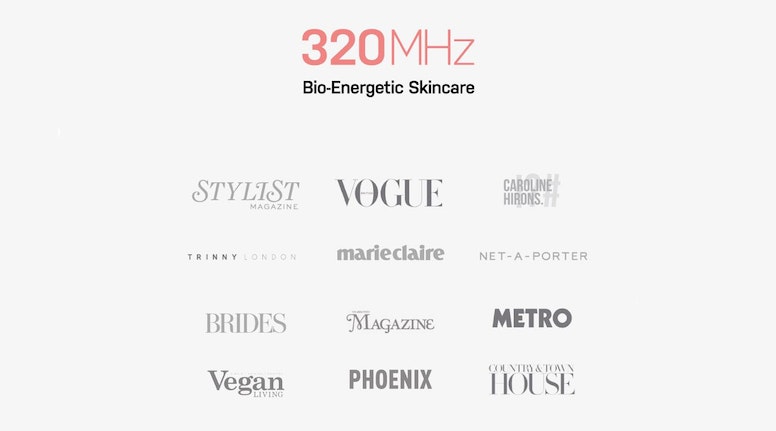 ‘I have been very fortunate that the natural response to the product has been super positive. Nobody’s on the payroll and word’s just got out. Selling online the buyer has to make a leap of faith without trying it, there are very few influencers who have real skin care knowledge and credibility.’

As the interview draws to a close, I ask what motivates him. ’I love passing on,’ he says, ‘I wouldn’t be doing this if I didn’t in some way think I could find myself at the avant garde of botanic skin care, it wouldn’t interest me. If someone were already doing it, there would be no point for us to exist.’ Which says it all really.

GWG visitors can enjoy 15% off quoting code ORGANIC. This offer expires at midnight on 5th April 2018.

GWG Lifestyle editor, Lydia Mansi gives her lowdown on the Beauty Pie concept, how it works and her top buys…

One of the world's leading suppliers of whole foods and plant-based supplements. With 10% of everything during July.

Check out the super-cool eye make-up brand whose Bespoke Mascara might just change your life. 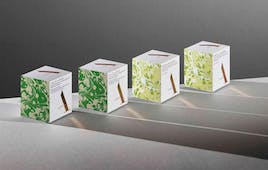 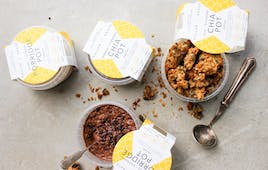 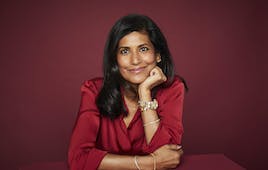 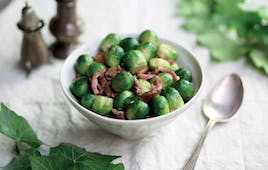