The Good Web Guide gets the inside scoop from social anthropologist Kate Fox; are we really going to become a paperless society?

When was the last time you sent a handwritten card or letter? Earlier this week at The GWG we were joined by Social Anthropologist Kate Fox to discuss the art of old school communication. So are we imminently headed for a paperless society in which everything is written on electronic devices? Apparently not according to a new study undertaken by Staples, the stationary retailer. Although we do undoubtedly spend more hours hunched over our mobile phones, laptops and tablets we still love the good old pen and paper. In fact the majority would actually prefer to receive a hand written birthday card than a quick but perhaps less personal e-card (no surprise there then!). Yes we still get excited when a hand-written letter pops through the letterbox (particularly on Valentines Day!) and most of us still write lists and notes by hand. Who would have thought, with the advent of social networking, the Internet and all the bumpf that goes with it that we would have been so very traditional - Kate gives us her insights...
So Kate, why is it that people will write a list but not write a thank-you card?
That’s an interesting question. I think the obvious answer is because writing lists with pen and paper is extremely easy and is actually easier than using an electronic device.
Even though there are hundred of apps and mechanisms for writing on electronic devices the Staples survey showed that 80% of people still use pen and paper to write shopping lists, 70% to write to-do lists, 60% to write messages for family and friends and even note taking at work (where you would expect people to be much more technologically aware) only 9% of us use electronic devices. This is because of the state of technology, it will no doubt improve in the future but given the current state of it, it’s a lot easier to use pen and paper.
Writing a hand written card or a letter is obviously a different matter; that actually involves a lot of time and trouble, find a pen, write the letter, find an envelope, address and stamp it, get to the post office... But I think another interesting thing that came out of the Staples survey was that a huge amount of people, 78% I think it was, say that receiving a hand written card or note is so much more personal and meaningful to them than an email, text or a message via a social networking site.
Is the use of electronic media to communicate positive? or pushing people further apart?
I think the impact of communications technology on human relationships generally has been extremely positive. I think that mobile phones in particular and particularly short text messages (which are very cheap) are bringing us back. It’s like the new garden fence or the new village green in this fast-paced alienated modern world taking us back to a sort of pre-industrial pattern of communication. The kind of little conversation that you would have on the village green is very similar to a text message exchange, so I think no it’s bring people closer together, allowing people to communicate in ways that they haven’t been able to do for quite some time.
Are we wasting more time using technology than if we just write something down?
At the moment certainly, using technology to do simple things like to-do lists, shopping lists, note taking at work, does seem to be more time consuming and more complicated than simply using a note pad or a piece of paper. So we probably are and you do see people laboriously typing things into their phones or tablets when you know that they would find it a lot quicker to use a pen and paper... possibly because they think it cooler to do it on a laptop or a tablet.
Are we all deluded into thinking that technology allows us to communicate with an even greater amount of people?
The large numbers of people, I think that is a delusion, I think you are certainly deluded if you fondly imagine that every single one of your 700 facebook friends is a real friend. But people know that, I think that very few people are under the illusion that those relationships with people with whom you’ve never met are real friendship. There’s research suggesting that even though you may have say 700 odd facebook friends you actually only communicate with a very small number of them on a regular basis. There’s usually only about 20 people that you communicate with a lot and about another 80 or so that you might have an occasional exchange with. I think most people are very aware of that distinction. People use the term ‘irl’ meaning ‘In Real Life’ and they make a distinction between their online ‘friends’ and the relationships that they have ’irl’ (in real life).
What are your tips for getting back into the habit of writing letters and cards?
I think the only tip I can offer is a huge majority of people find it much more personal and meaningful to receive a hand written card or letter so it’s obviously a good thing to do. Put an email address of reply because someone has said ‘if the medium is the message, paper screams personal,’ you are making a socially significant personal statement by sending someone a hand written letter because you have gone to the time and trouble and effort but if put an email address or phone number where they can contact you back. Otherwise what you are saying is that you expect the recipient of that card to go to exactly the same amount of time and effort and trouble in order to respond to you and it totally spoils the nice effect of the gesture.
June 2012. 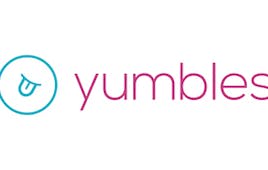 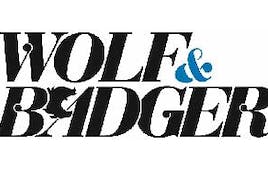 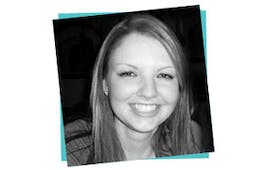 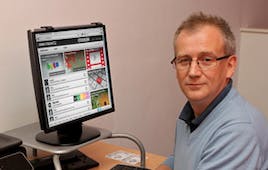