Tom Marchant and Kirsty Hathaway are certainly not your everyday couple; the husband and wife team who work together and play together (eschewing all manner of 'Men are from Mars Women are from Venus' norms), are part of the acclaimed and highly successful Black Tomato Travel Group (of which Tom is a co-founder), that counts amongst its swanky stable of sites, Beach Tomato (‘the ultimate beach and villas destination’), Black Tomato (a boutique travel agency), Pinch Magazine (a seriously high end travel and culture magazine), and The Black Tomato Agency (market leaders in group and prize incentives). Last but certainly not least there’s Epic Tomato (expedition led adventures from around the world). Phew – quite a bounty.

It would make sense then that the pair are decidedly on brand and on message, simply oozing East London hipster charm, with a touch of (decidedly Silicon Valley) entrepreneurial pizzazz thrown in for good measure. I have to say, as I trundle out of Old Street tube I'm slightly unprepared (Shoreditch could have been a clue) for the vision of entrepreneurial and marital bliss that awaits me in the 'vibrant urban playground' (read conceptual art, huge chesterfields and staff in various guises of denim) of one of East London's coolest hotels; a digital power couple if ever there was one, inhabiting a suitably fitting world. 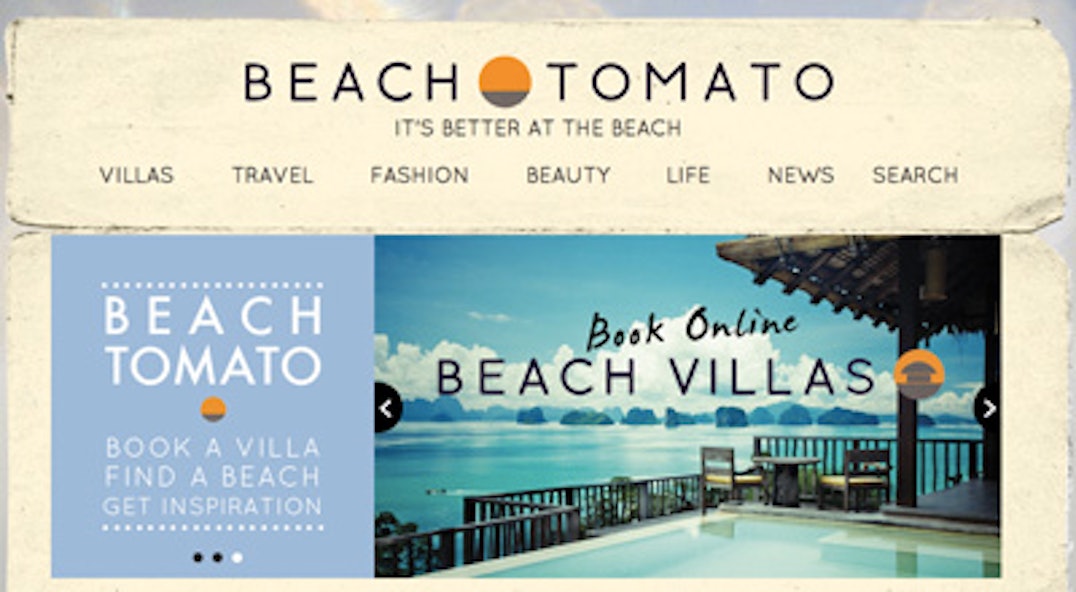 Tom greets me first, resplendent in a lumberjack shirt, complete with requisite beard (think Ben Affleck but blonde), my eye drawn to the variety of artfully designed tattoos snaking their way up his forearms (no butterflies, hearts or anchors here), but more of those later… Kirsty, joining us twenty minutes later is just as arresting; a combination of laid-back yet high energy get-go, fresh from the auspicious challenges of her current project - launching another destination domain by the name of Just Opened London - a guide for everything that’s new: bars, restaurants, hotels, exhibitions, plays, shops, beauty launches, property. 'It’s just a simple premise,' she says with conviction but it's this knack for zeroing in on simplicity executed to the highest standards that marks out this deeply magnetic family of brands.

So 44 staff, all manner of new business ideas up their sleeves. How on earth do they do it? ‘Enjoying the work,’ Tom laughs, followed swiftly by 'organic growth'. 'We went from having one site to having four,’ he continues, ‘but they came all gradually. We have different people in the business who have different responsibilities for each area.'

And right at the beginning - where did it all start? ‘In my bedroom,' Tom reminisces, 'which at the start was… novel!' The venture swiftly grew legs however, and the team decamped to a small office near Putney Bridge, before the high tech towers of East London bandied a bejeweled ankle in their direction and the entire operation found themselves in the walking distance of the Silicon roundabout.

But what of the transition from previous careers? What is the genesis of the empire? Tom (Kirsty sweetly calls him Tommy) previously worked in strategy consulting for Ernst & Young and Time Warner, whilst Kirsty left behind a gilded ten-year career in the fashion industry (Fashion Editor at Glamour no less). Along with co-founders James Merrett and Matt Smith, the threesome (Kirsty joined some years later when Beach Tomato was launched), ‘had about six or nine months to get it right. We saved up enough to pay ourselves a meagre salary during that period. Our view was, if it messed up (which obviously happens to a lot of startups), we’d still be young enough to go back to our careers.’ 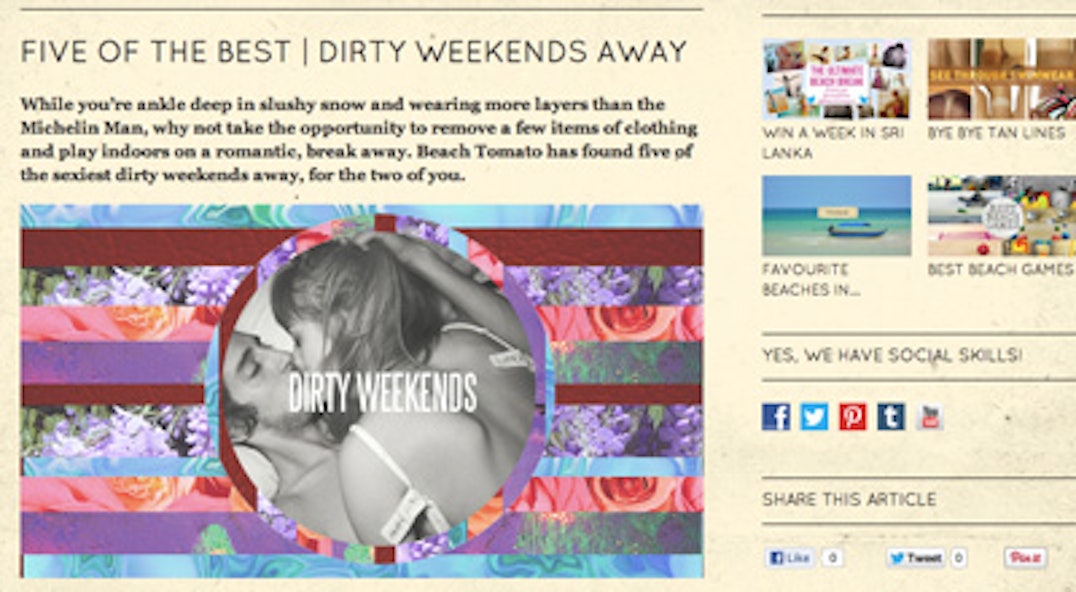 Needless to say they never ‘went back’. Whilst it may seem like an experience of which dreams are made, the last few years have not been without their challenges. 'We were still learning when the recession was going on. Suddenly the world had the rug pulled from under its feet. Travel, to many people, is a discretionary item. For a lot of our customers, it isn’t – which was lucky for us. But we really had to tailor our proposition to those people and make sure we looked after our customer market who we knew were still travelling in those times. That was hard.'

Kirsty chimes in: ‘I’d say that one of the other challenges is growth. When you’re smaller you can’t wait to have more people, but with that comes…‘ she breaks away (but I know what she means; the founder and CEO’s perennial problem – HR). Tom, ever the attentive husband, steps in to finish her sentence. ‘When we started it was the three of us against the world - every day when you’d achieved something, it was like winning the World Cup.’

‘It’s challenging taking more people on board,' Kirsty continues, 'to them it’s their job, not their life… There is something phenomenal about having a small business however, how much people do care and how people are proud to work there – a lot more so than when I’ve worked in big magazine houses. We’re all a bit more like a family. There’s a lot more to gain from it as well: you feel a lot more return for what you put in.’

So there are the trials - but what of the rewards? Accolades are of course high on the list; ‘With Black Tomato in our first year, we won the Guardian Best Travel Website Award,' Tom says with pride. 'It was a huge, glittering do. We were up against lots of huge international brands and we won. Apart from the three of us who were in Cape Town [where the award ceremony was held], we had one more person in the office and that was it. That felt huge.’ Other stand out experiences include mentoring a succession of interns; 'When you’ve got someone who joined you four years ago who is now running a massive area and making decisions that you don’t have to be involved with and it’s going really well - that’s a really satisfying thing.' 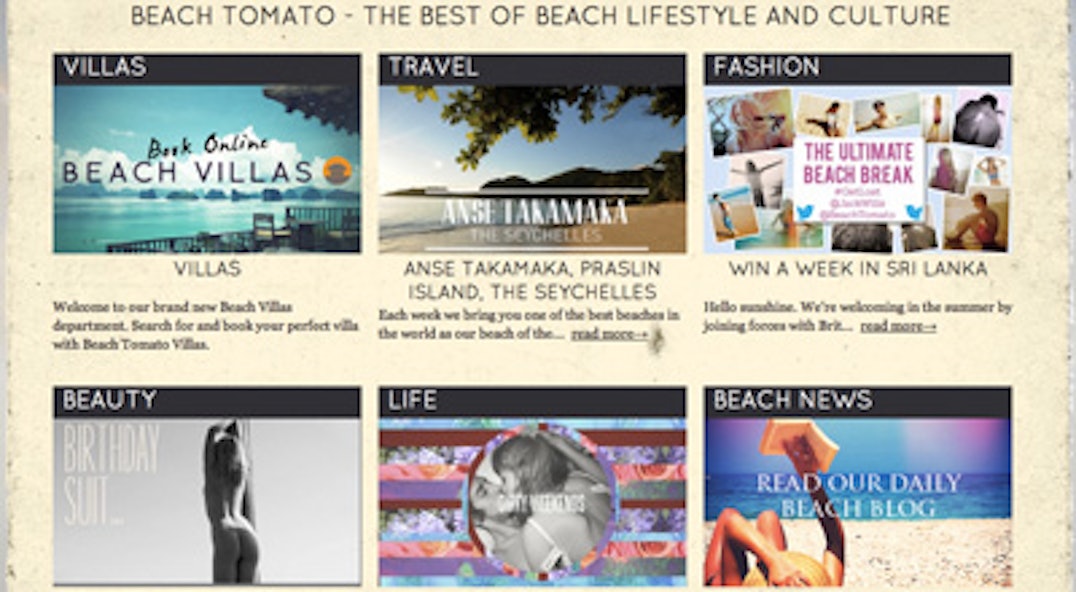 What of advice for other startups? Kirsty takes this one from left field. 'Don’t try to walk before you can crawl! There’s so many ideas that you can have, but you just need to make sure that the nuts and bolts are in place, that it works properly.’

And now to the $64,000 question - do the husband and wife pair ever clash? Tom laughs, ‘Ehrm… I’d be totally lying if I said no. It starts out all happy and brilliant; but then you have your first disagreement...’

Kirsty: ‘It’s a learning curve.’
Tom: ‘Clearly, as an owner of the whole group, I’m technically…’
Kirsty: ‘He’s my boss.’
Tom: ‘I am a boss. But clearly, any time outside the office, I’m not. I’m not autocratic in terms of how I manage, but it can be more difficult, if you’re giving constructive feedback (and even though Kirsty might accept it), we go home and it’s different. It’s just adjusting to that.’
Kirsty: ‘We launched Beach Tomato and got married in the same year. That could have been a mistake. We were getting married in the Highlands of Scotland as well, so it was miles away – and launching Beach. It was full-on!'

It's utterly life affirming seeing them in action, 100% in sync, the poster children for a happy (and decidedly entrepreneurial) marriage. ‘Tommy has phenomenal ideas all the time,' Kirsty says proudly. ‘He’s got a whole book where he writes them down.' 'We always want to keep improving,' Tom adds. 'I’m 34 – young by entrepreneurial standards. I think I’m only getting started.’ In the process the goalposts have shifted. ‘My old ambition was to be a fashion director of a big magazine,’ Kirsty says, ‘now having had a taste of this I don’t know if that’s what I want. It’ll be interesting to see how everything grows.’

And then the conversation comes full circle, back finally to those tattoos; the perfect embodiment of the Hathaway/Marchant ethos. One, a Kerouac line from On The Road: "There was nowhere to go but everywhere" - 'my favourite line,' Tom explains. Another a Nordic phrase, ‘which explorers and Vikings used hundreds of years ago which means ‘restless curiosity’; a restless need to explore.' And finally there's an exert from a school magazine, stumbled across at age 12 (etched in his mother's handwriting) - 'I place first the good spirit.' Utterly fitting, and utterly moving – because this is a couple with some seriously ‘good spirits’ following them on their travels, around the beaches of the world, around the web, and back across the Silicon Roundabout. 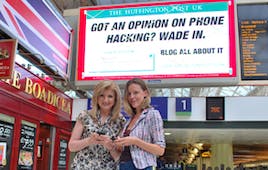 Carla Buzasi on the Launch of The Huffington Post UK 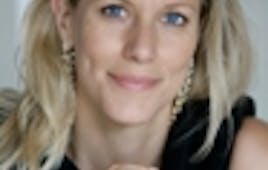 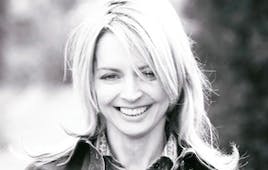 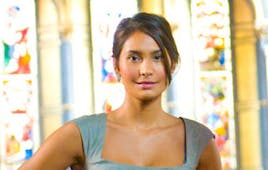