Kinvara Balfour, producer, writer, public speaker and creator of THE VISIONARIES, shares these lessons learned from the entrepreneurs she has filmed thus far.

Fancy yourself as an entrepreneur? The prospect can be as overwhelming as it is rewarding. Kinvara Balfour, producer, writer and public speaker – of films and tech startups – has learnt many lessons on the way to her successes. As well as being a tech advisor, Kinvara has interviewed high profile entrepreneurs and innovators such as Manolo Blahnik and Soho House founder, Nick Jones.

Here Kinvara shares ten lessons learned from the entrepreneurs she has filmed thus far for her THE VISIONARIES mini film series. Shot on iPhone, the mini-doc series features the creative leaders and game changers of now. We are delighted that she is joining our judging panel for the Good Web Guide Awards 2019.

It often pays to have work meetings in busy places, in the hope that you bump into others and that those you are meeting do too. This spontaneous cocktail party is a great way to make new contacts. When I asked screenwriter Peter Morgan about Frost/Nixon which he wrote about my late Uncle Frostie, he recalled a breakfast at Claridge's where he also bumped into Robin Cooke and diplomat Madeleine Albright, about which he exclaims: “What a morning. It was like Murder on the Orient Express”. Working alone behind closed doors doesn’t always help business; make sure you have your own Orient Express moment at least once a day – be that in the office, at Davos, or down the pub.

When it comes to directing any aspect of a business (or, indeed, one’s life), be decisive. “If we have had any kind of success - the little success that we have had, if you will - would be that we can move very quick. And it is a mix of experience and gut feeling that we are trained to move really fast together,” say creative directors Erik Tortsensson and Jens Grede.

3. Believe that people want to make a difference

Don’t doubt passion in others. Have faith that people want to work for a greater cause. “Believe that people are happy to contribute to things that they think will move the needle and make the world a better place,” says Wikipedia and Wikimedia founder Jimmy Wales.

4. Don’t be complacent, however rapid your growth

“I still get very nervous whenever we open a new place. I never presume they are going to be a success.” Says Soho House founder Nick Jones (who has every right to be complacent but never is).

5. Don’t be swayed by fame when it comes to a client; see all collaborators as equal

Says set designer Es Devlin, “The range of people I work with, whether it’s Mike Longhurst at the Royal Court, Kasper Holten who runs the Royal Opera House, whether it’s Bono or Beyonce or Kanye, really, the whole point of my involvement is that I’m sitting talking to another mind with another set of ideas, and all the peripheral structures that have amassed around these people who have become famous are really not the point. And that becomes very important in the meeting. There is no sense of any differentiation. It doesn’t matter whether you’re someone who is going to turn up on 50,000 Tweets or someone who no-one’s really heard of. That’s the whole point. ”

6. Read books and permit yourself, and all employees, constant access to knowledge

Have an Encyclopedia on your bookshelf at all times, and dip into it as often as you can. Wikipedia founder Jimmy Wales grew up with books. “My parents had invested in the World Book Encyclopedia which I loved, the house was filled with books and I was an avid reader from a very young age and that was all a big part of my growing up – getting knowledge, access to knowledge and information.”

7. Trust your customers’ opinions, and if something isn’t working, acknowledge that

“The eating-out public, they know a good thing. You don’t often see a bad restaurant doing really well. They suss it out so quickly. Nowadays, if you don’t get it right, you fail very quickly,” says Nick Jones.

8. Establish your brand DNA and stay close to that, no matter what anyone else is doing

“As soon as you figure out the DNA of your brand, you are responsible to that and to the codes you are building. As soon as you determine who you are, realise that you can’t be everything for everyone for all times” says fashion designer Mary Katrantzou.

9. Allow the time and space for employees, and oneself, to do unusual and interesting things - even if they are out of the ordinary

Shoe designer Manolo Blahnik made shoes for lizards out of chocolate wrappers. “I think that was the beginning of my love of shoes, yes – when I was a boy. The first thing I remember, when I was six or seven maybe, I was just catching lizards and, with Cadbury chocolate foil paper, I used to make little creations for them. My dog was a victim too.”

10. Don’t be ashamed of being a hybrid

“My dad calls me an ‘adult entertainer’ because he doesn’t know what to call me. I don’t know what to call me so he definitely doesn’t. But you know what? If I had a one-word title, I feel like I’d be pissed, you know? It’s outdated. If you can explain it, I don’t want it.” This is according to Josh Ostrovsky aka The Fat Jewish, a media mogul with – unashamedly - many strings to his bow.

Interview with Kinvara Balfour
Good Web Guide Awards 2019: all you need to know
How to launch products online in 2019

The co-founder of SunGod, the much-loved eyewear brand, tells us what she gets up to online.

Too busy to shop for clothes? These bespoke clothing-delivery services will transform the lives of the time-poor.

The co-founder of Proporta, gadget case maker to the stars, flicks through his own smartphone and shares his online habits. 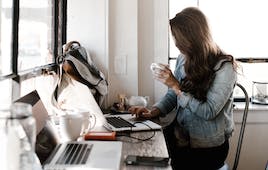 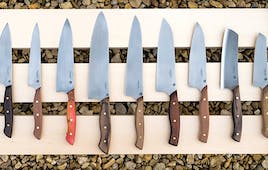 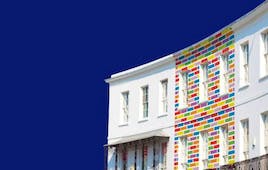 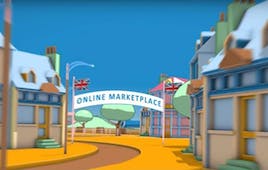