The day that follows Thanksgiving in the US has come, over many years, to be known as Black Friday. On this side of the pond, we may not have adopted the Thanksgiving holiday, but we sure have taken to the shopping bonanza that falls after it.

The mammoth shopping event offers major bargains to consumers with an eye on their Christmas lists. In 2016, a total of £1.23 billion was spent online over the 24 hours of Black Friday. This year, Black Friday – so called because it helps put retailers back in the black – falls on November 23.

Here is our guide to the day that fervent shoppers have been waiting for all year.

WHO WILL BE SELLING WHAT?
Retailers likely to take part this year include Costco, Amazon, AO, Argos, John Lewis, Nike, Currys PC World, B & Q and all the major supermarkets. They are usually secretive about the deals they’ll offer until the last minute but cameras, Bluetooth speakers, big-brand toys, games consoles, TVs, phones and fitbits are sure to feature.

HAVE YOUR WITS ABOUT YOU
Shoppers keen to take advantage of the slashed prices need to be aware that many shops run deals throughout the whole week around Black Friday and the following Monday (which is known as Cyber Monday) at least.

Keep your eyes peeled for deals from as early as Monday November 12. Different stores will announce their deals online, in print, on TV and on the radio.

PREPARE WISELY
Sign up now for retailers’ Black Friday notifications. Make a list of, and research ahead of time, the items you know you want to find a deal on – so that you don’t regret any frenzied purchases. It’s a good idea to put such items in your online baskets before the sale begins, too, so that you can check out before your favourites have sold out.

Five sites you have to visit before Christmas to get you in the mood.

In our wildest imagination: Father Christmas on his top podcasts, websites and Instagrammers.

Addicted? We get it. How (and why) to take a break from social media 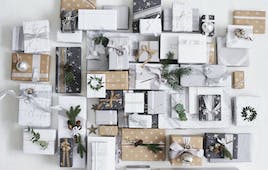 12 Gifts from The White Company 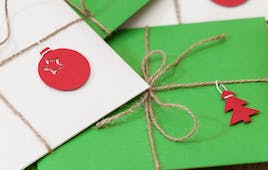 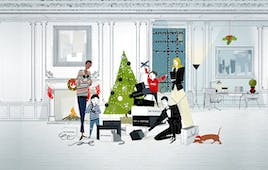 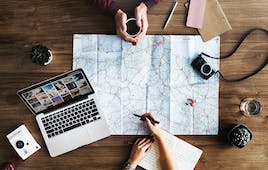