Are you hunting for the ultimate coding or STEM gift for a child? The toy market is awash with mind-expanding games teaching the basics of technology, algorithms, computing and coding. Question is, which coding toys are any good? Some are mind-boggling boring; others too complicated for little people to navigate.

Here are our favourite programming toys to teach children under the age of ten how to code while having fun. Some need a smartphone or a compatible device to work, while others can be used alone. 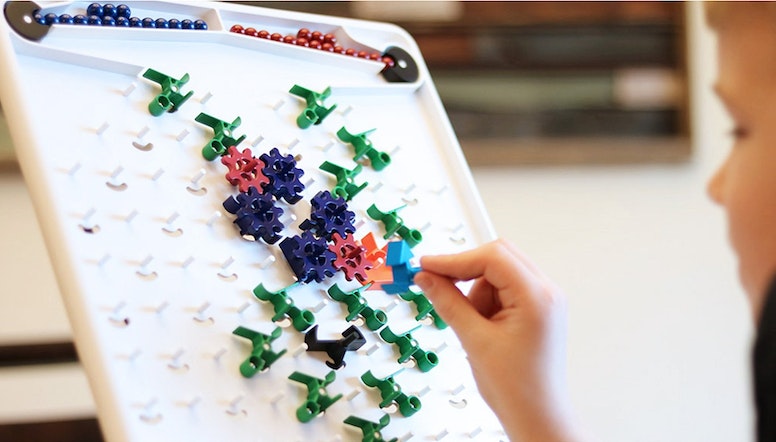 Looking for an addictive screen-free computer game? Bet you didn’t think it possible. Introducing Turing Tumble, an award-winning mechanical computer driven by tiny metal balls and one of the greatest STEM toys on the market. Named after computer scientist Alan Turing, the Turing Tumble provides a tactile introduction into machine logic using nuts and bolts. It challenges players (8+) to solve logic puzzles as they build mechanical computers powered by gravity-fed mini marbles. It operates on a two-dimensional board with a set of mechanical components. Players use bits, ramps, turnstiles, gears and interceptors to duplicate the processes of computer programming. Try it. 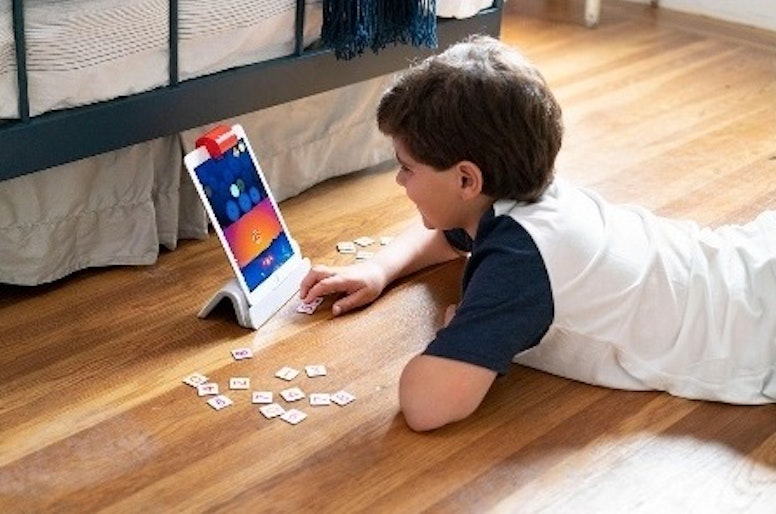 Osmo is an award-winning learning brand and its latest toy, new for 2020, is the Osmo Coding Starting Kit for children aged 5-10. Expectations are high as it features on Hamley’s top toys for Christmas 2020 list and is already used in over 30,000 classrooms. The kit has handheld tangible pieces for children to do the coding puzzles following a digital screen (iPad or Fire tablet). No Wi-Fi is necessary. It focuses on encouraging logical thought and teaching ‘coding fundamentals, basics of programming, solve coding puzzles, teamwork, listening, critical thinking, observation, creative problem solving, music creating and pattern recognition.’ 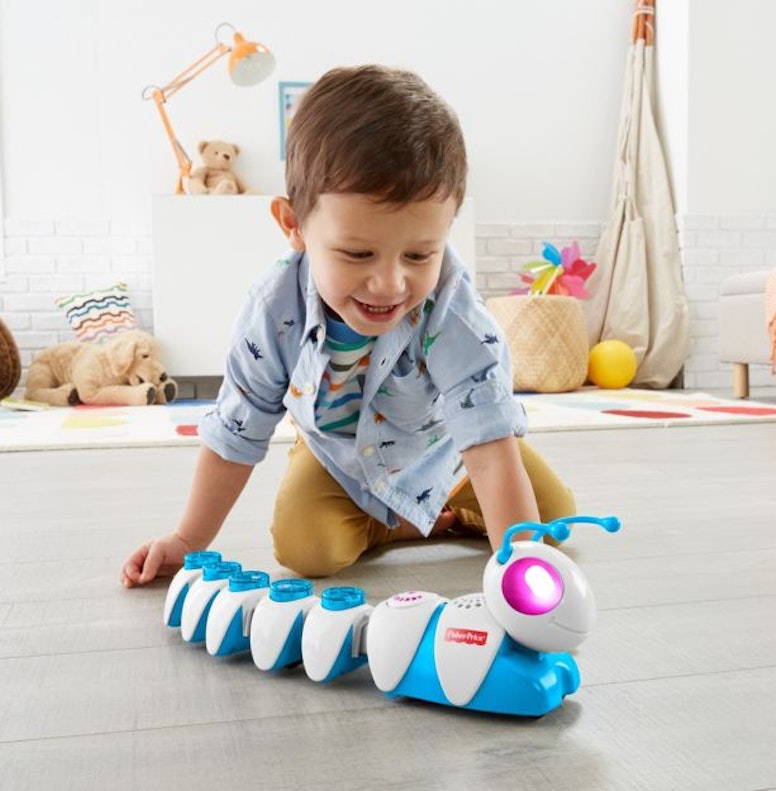 One for the little ‘uns. The Code-a-Pillar (3+), from the Think and Learn toys by Fisher Price, is a fine example of teaching pre-schoolers the value of sequencing. This funky coloured caterpillar can be broken down into nine segments. Depending on how the child pieces together the caterpillar, the caterpillar will move left, right, forward or wiggle. Set the child a challenge to get the caterpillar to reach a place on the floor; it has more than 1,000 possible coding combinations. It teaches children the idea of placing commands in order to get an outcome. 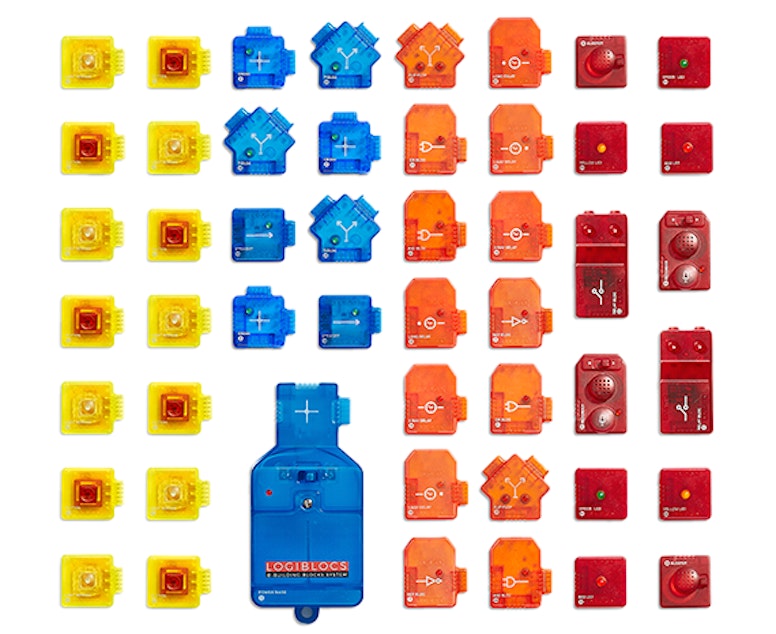 What kid wouldn’t like to build an intruder alarm for their bedroom? Or create a secret message device, spy gadget or door chime? Logiblocs (3+) is the electronic discovery system designed to help children build new inventions. Children don’t realise that as they click together the colour coded transparent blocks into different combinations, they are learning about electrical circuitry, computer science and coding. Fun, with a smidgen of education thrown in for good measure. From traffic lights to space stations, cars to computers, everything in today’s high-tech world is controlled in the same way as Logiblocs. 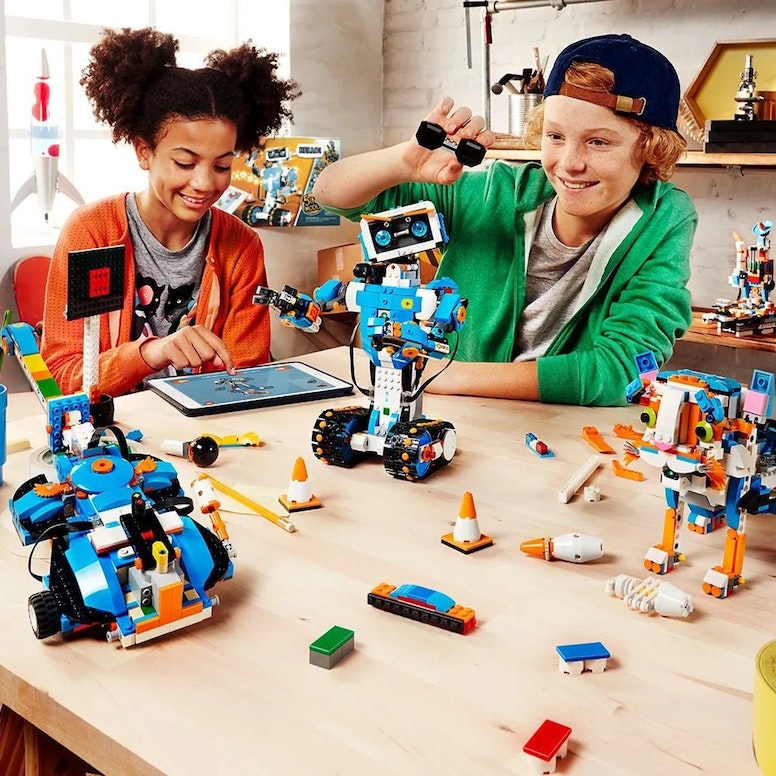 Know a Lego mad child? Take their obsession one step further and introduce them to the LEGO BOOST, the educational robot for kids from the age of 7. LEGO BOOST is a set of motors and programmable bricks from which you can create and animate five different constructions including a talking robot, a music-playing guitar, a car, a purring cat and the AutoBuilder. Instead of following paper instructions, everything is digital and while building the models, the children learn to code in a simple way. 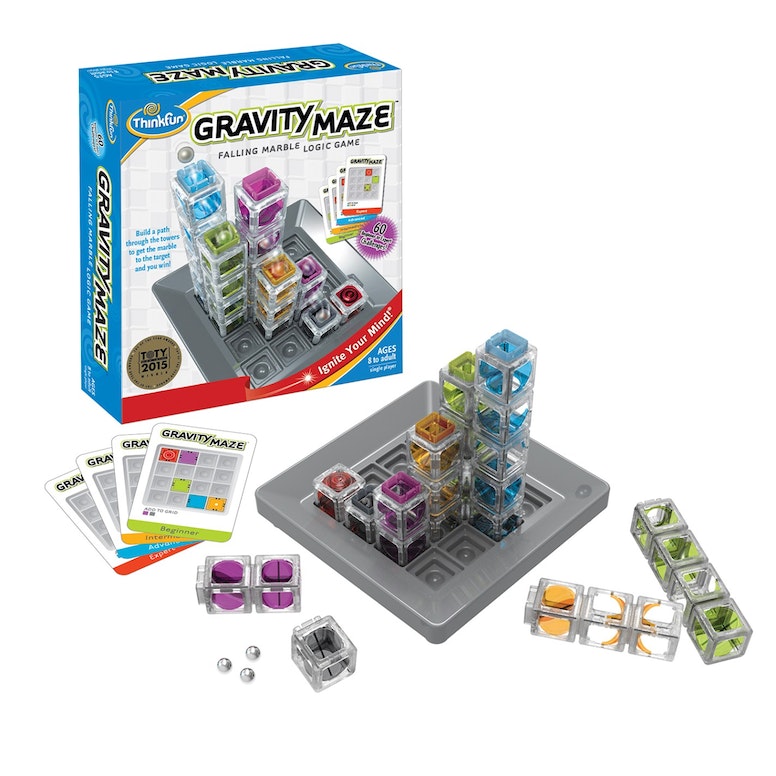 What do you get when you mix a marble run, a maze and a logic puzzle? The answer is Gravity Maze (8+), the falling marble logic game popular with over 60 million families globally. This epic STEM toy was designed to improve the logical, problem-solving, visual perception and creative abilities of children between the ages of 8-15 years. Choose a challenge card and build a path through the towers to get the marble to the target to win. It builds reasoning skills and is fun to boot. 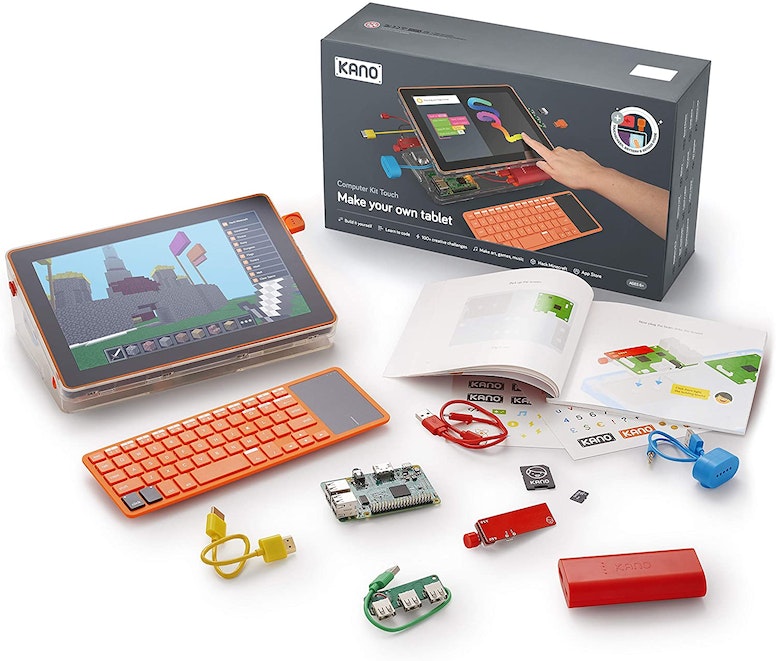 As programming is now taught in primary schools, children as young as five are keen to code from scratch or build their own computer. The Kano Computer Kit (6+) is a build-your-own PC for kids and has won multiple awards including Family Choice Award and Cannes Golds Lion Award. It is powered by a Raspberry Pi battery and can run hundreds of applications and programming languages. You won’t need any tools, not even a screwdriver, to build the computer as each piece snaps into position.

READ MORE
Home-Schooling Beyond Lockdown: 8 Online Resources To Inspire Curiosity And Confidence
Would You Hire A Virtual Nanny?
Ten Sites for Active Boys

Get Your Kids Coding

Sean Butcher, Head of SEO at Blue Array talks about crawl budget, how you can make the most of it, and why having less, higher quality content is better for SEO, and for your website’s users.

More than just another tech-savvy businesswoman, Cecilia is on a mission to champion diversity in tech and to support women who want to be leaders.

How AI Is Transforming Business in 2021

The future looks set to be automated. We find out how AI is revolutionising business today. 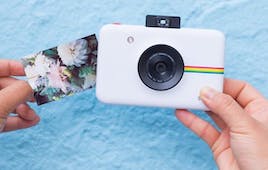 Retro Technology That We Love 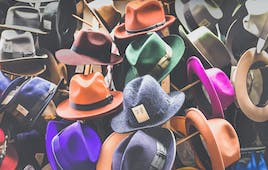 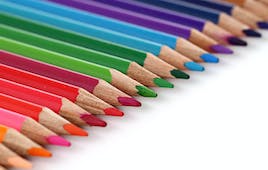 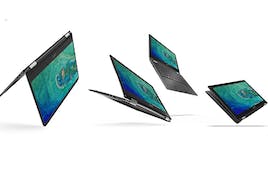