Give the gift of storytelling this Christmas with these ten festive tales for children.

If you’re looking for festive reads as gifts, or just to share with little ones to get into the festive spirit, we’ve put together our top 10 reads. There are classics that bring timeless joy, plus new stories to discover, from picture books for toddlers, to magical pre-teen reads. There’s something here for everyone who still believes… 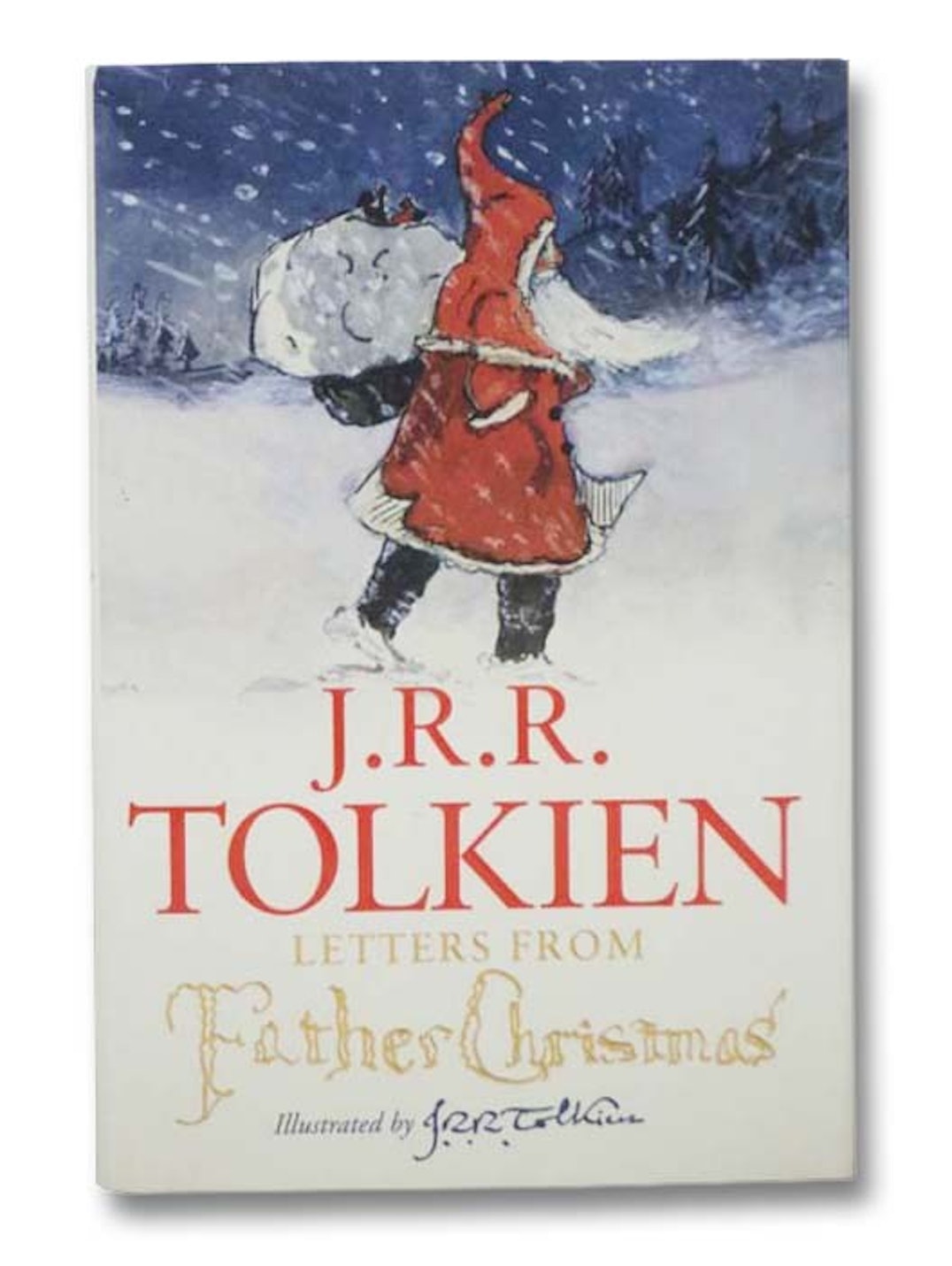 What’s more magical than the writing of JRR Tolkien, especially when on the subject of Christmas? Every December, an envelope bearing a stamp from the North Pole would arrive for Tolkien’s children. Inside would be a whole world of Christmas, with far-off tales of life in the North Pole, beautiful drawings and sketches and dispatches from the big man himself on the antics of his reindeer, elves and even an accident-prone polar bear. Charming, magical and guaranteed to fill the imagination of little ones, his letters have been collated into one book, perfect for the run up to the big day. 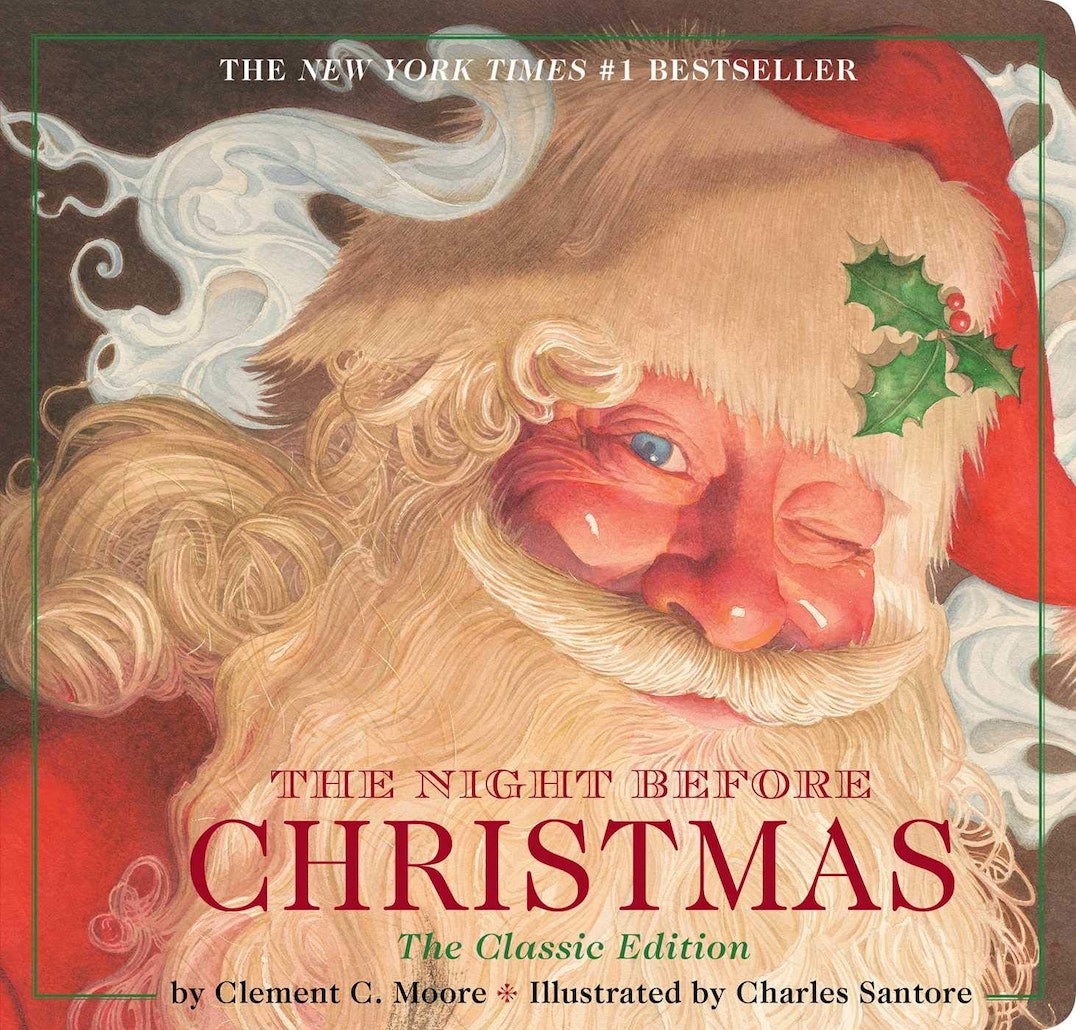 First published anonymously in 1823 and later attributed to Clement Clarke Moore who claimed authorship in 1837, the well-loved poem has been the soundtrack to many Christmas Eves the world over ever since. This beautiful, classically illustrated board book version is a great way of introducing little ones to the magical, lyrical verse. 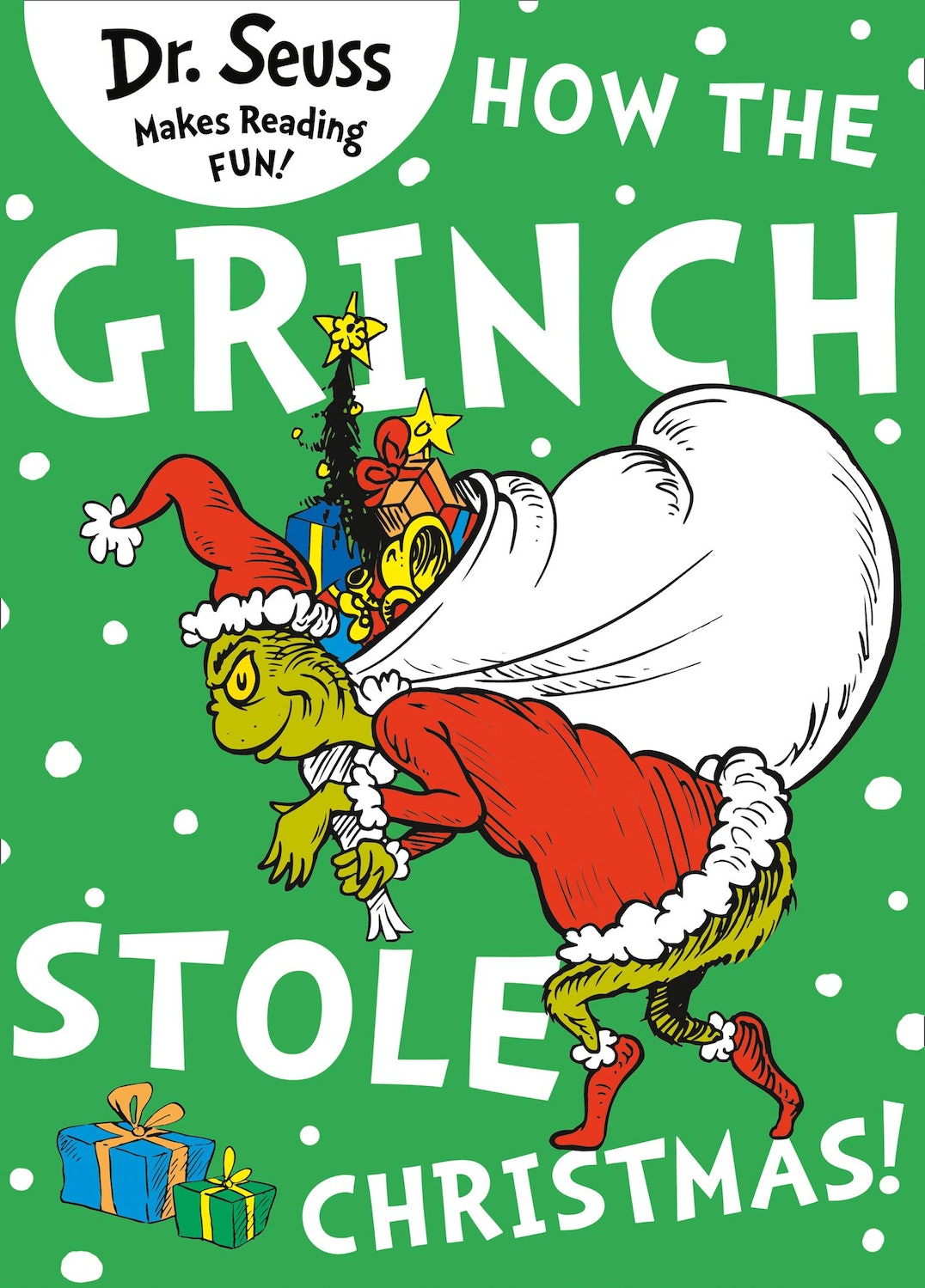 First published in 1957, How The Grinch Stole Christmas, Dr. Seuss’ famously cautionary tale about the commercialisation of Christmas, is as funny and heart-warming as ever. The colourful, fun, original illustrations match the rhyming tale, making this an enduring classic for festive ‘bah-humbugs’ everywhere. 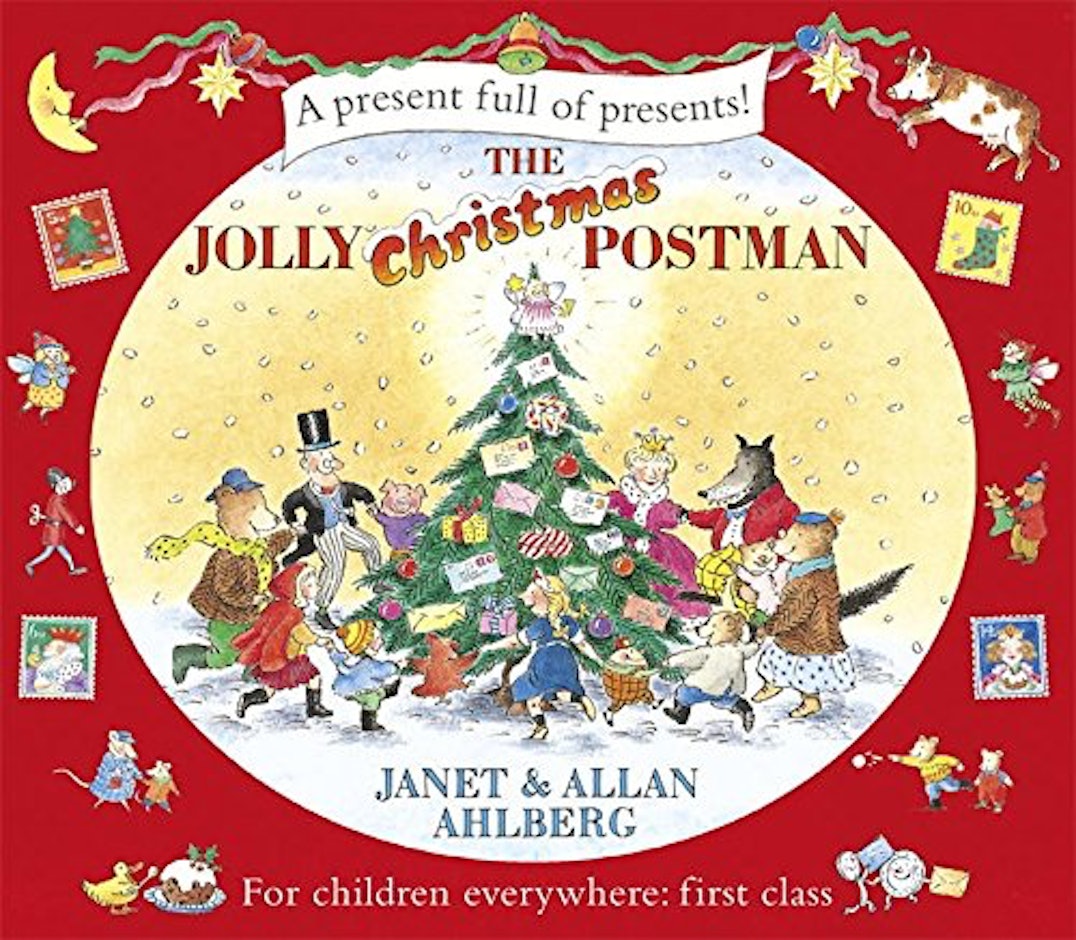 A festive tale featuring of one of the Ahlbergs’ most-loved characters, The Jolly Postman will delight little readers. As he travels the land, delivering gifts to well-known fairytale characters, each page contains a special envelope, containing a charmingly illustrated, hidden map or letter. A timeless, childhood classic that they will love to explore and read throughout the year. 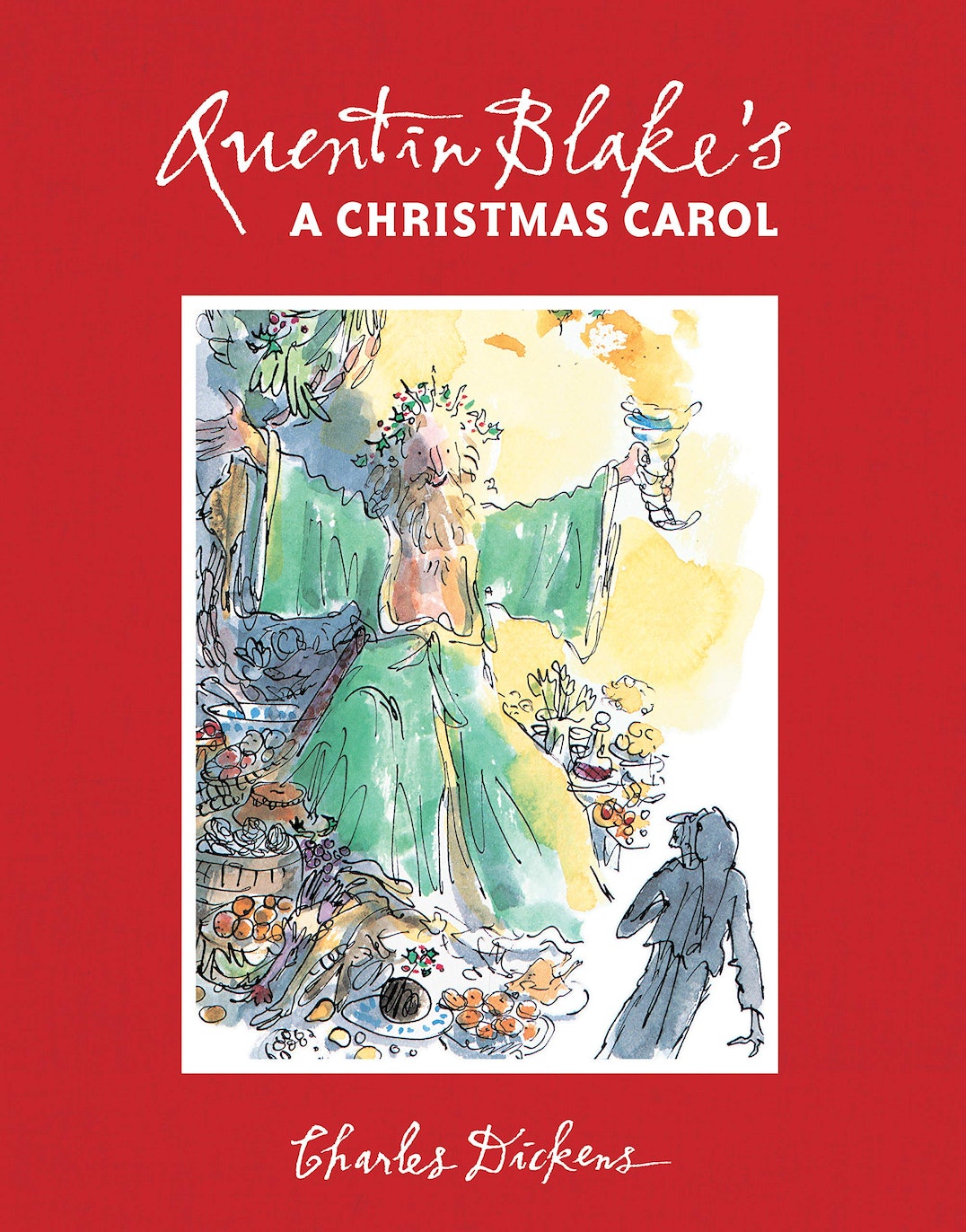 One of the most famous festive stories ever told, a Christmas Carol has been re-imagined through the ages by everyone from The Muppets, right the way through to this beautiful luxury edition, illustrated by Quentin Blake. A beautiful gift, the eternal appeal of Blake’s drawings will capture small imaginations and introduce a classic to them in this vivid and beautiful read. 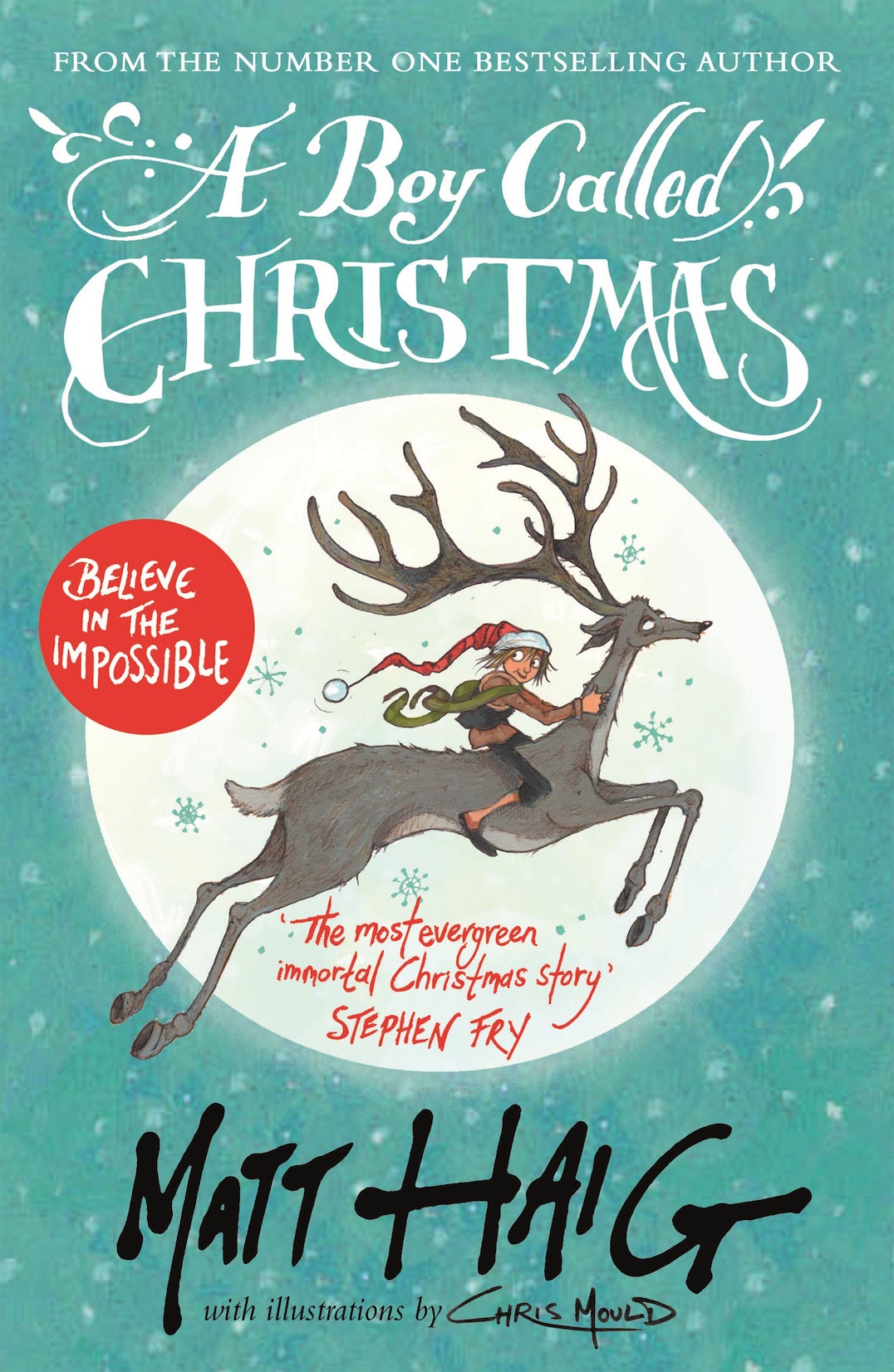 You are about to read the true story of Father Christmas, which proves that nothing is impossible. A Boy Called Christmas is a tale of adventure, snow, kidnapping, elves, more snow, and a boy called Nikolas, who isn't afraid to believe in magic. From the winner of The Smarties Book Prize and the Blue Peter Book Award, with illustrations by Chris Mould. 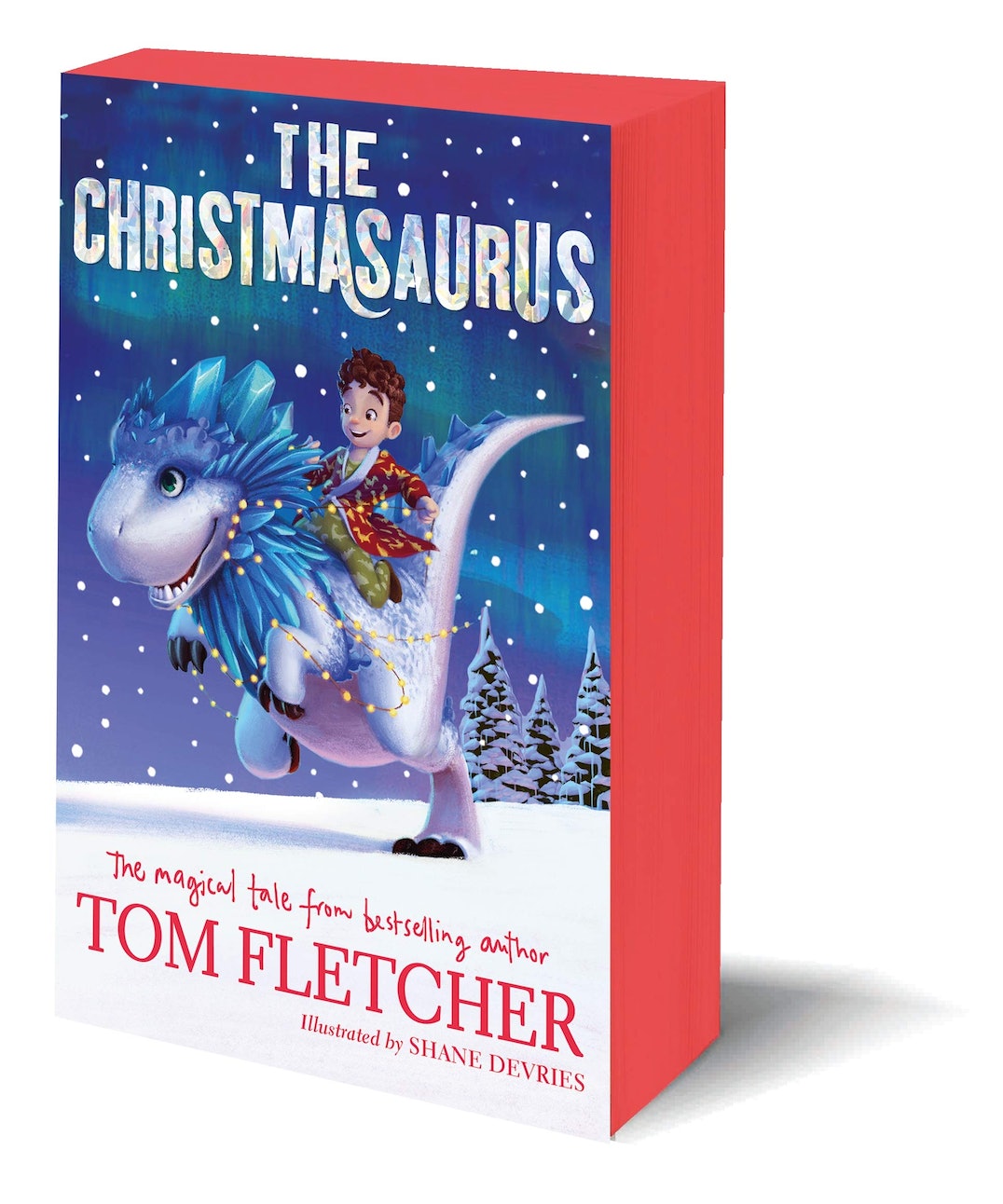 Written by ex-McFly band member, Tom Fletcher – whose writing has been described as a cross between that of David Walliams and Roald Dahl – The Christmasaurus tells the story of William Trundle, a 10-year-old wheelchair user, who is obsessed with dinosaurs. Without glossing over the loneliness and frustration that William feels, it sprinkles the tale with magic when, on Christmas Eve, William befriends a lonely dinosaur from the North Pole – the titular Christmasaurus – and together they embark on the adventure of a lifetime that will change them both forever. A magical yet relatable story that will instantly absorb older readers. 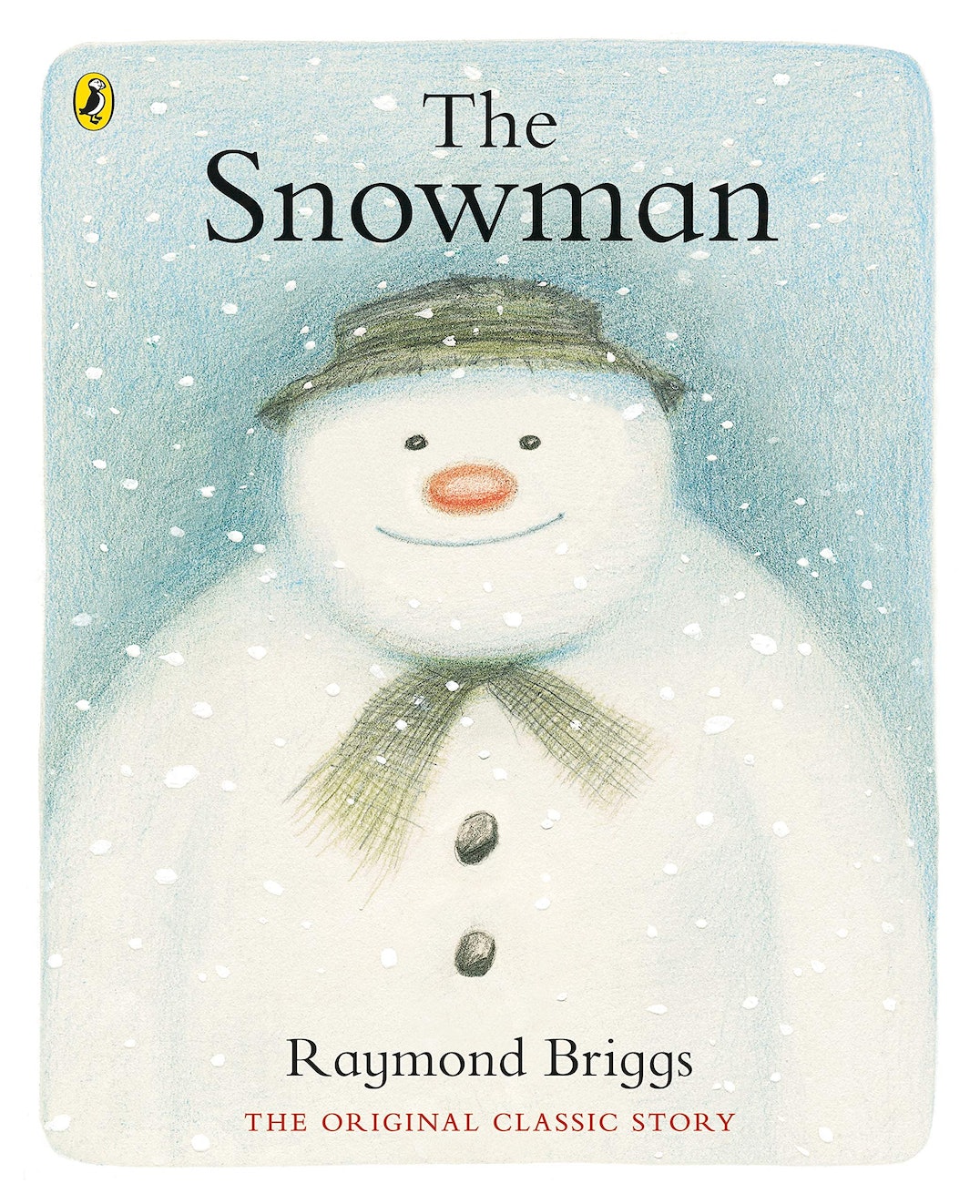 The Snowman, Raymond Briggs’ wordless children's picture book first published in 1978 and made famous by the TV adaptation in 1982, while not a ‘read’ as such, is a Christmas classic nonetheless. Pre-school children will love looking at the comic-book style illustrations and talking through the heart-warming story of a boy and his magic snowman.

A Child’s Christmas in Wales, Dylan Thomas and illustrated by Peter Bailey 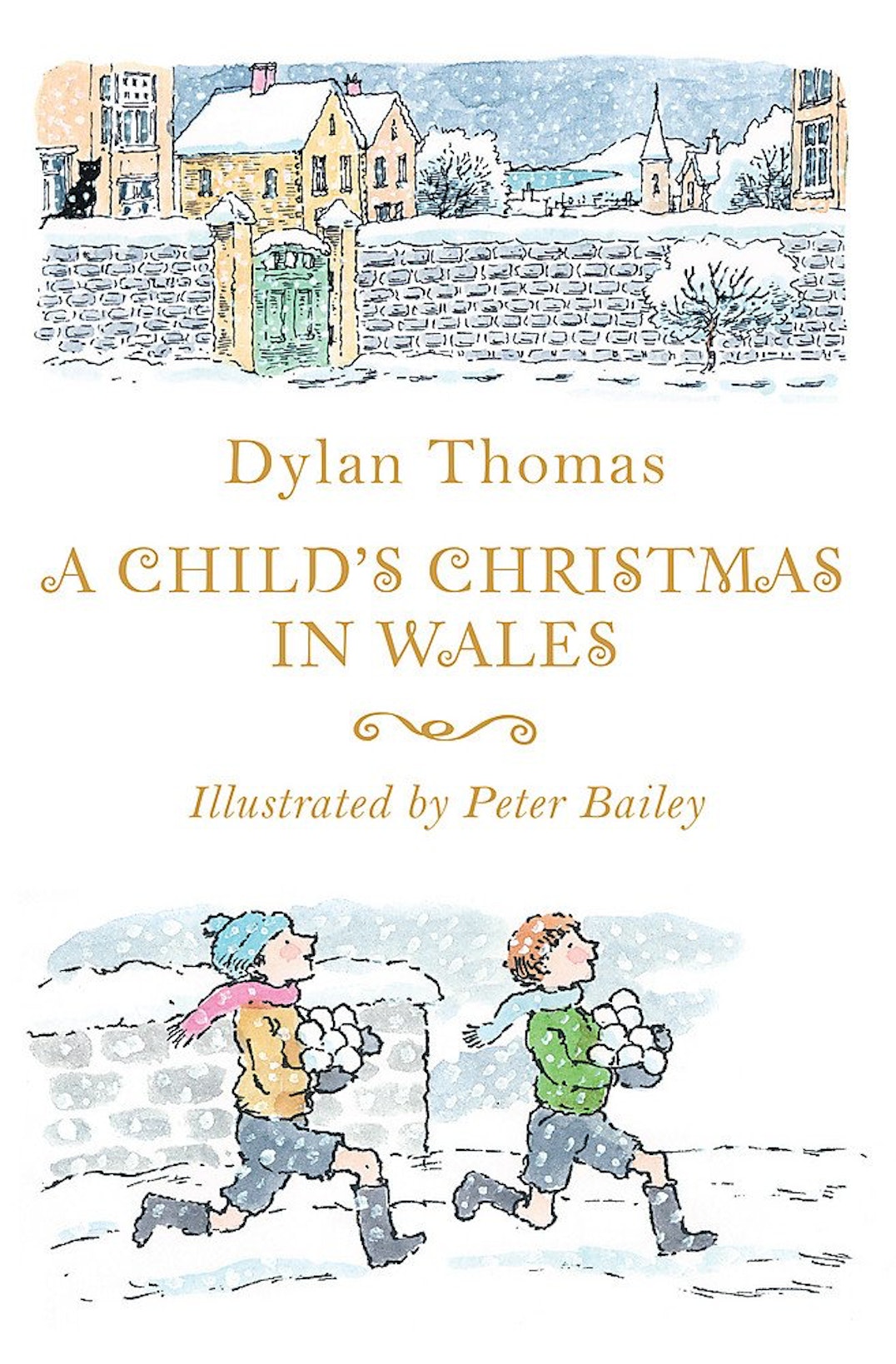 The charming memories of Welsh poet, Dylan Thomas’ own childhood Christmases in 1920s Wales hark back to a nostalgic, simpler time. There are affectionate, anecdotal tales of family gatherings and festive antics – rich in language and vivid storytelling, all brought to life through artist Peter Bailey’s simple drawings. 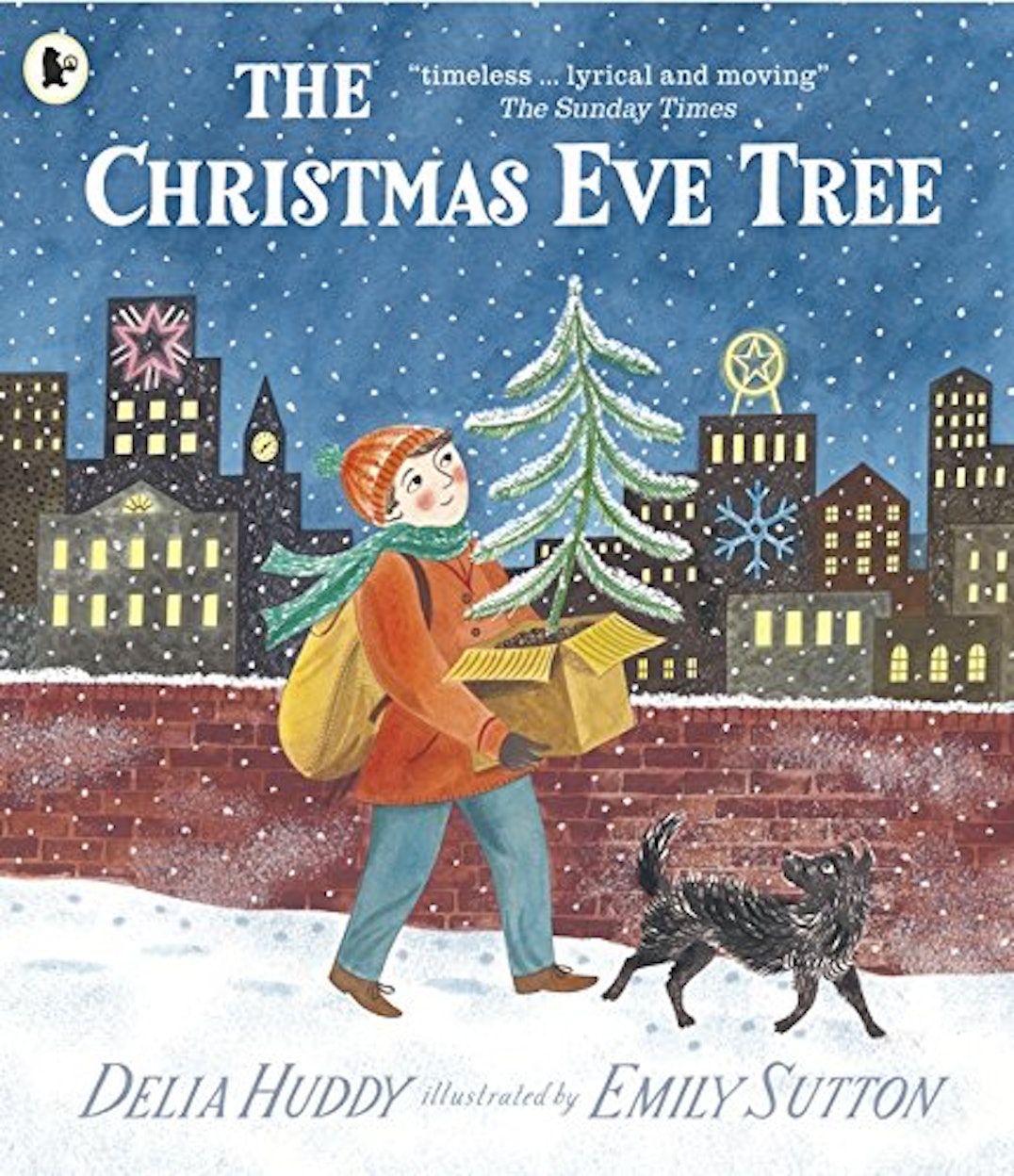 A relatively new addition to the ‘Best Christmas Books’ anthology, ‘The Christmas Eve Tree’ feels like an instant classic with a modern theme. Telling the story of an unwanted, imperfect Christmas tree and the homeless boy who uses it to create a little, much-needed festive cheer for other homeless people at Christmas, it is a poignant, beautifully illustrated book to share over the holidays.

The founder and CEO of JoJo Maman Bébé shares her online hangouts, from The Woodland Trust to Great Western Railway.

Join the popular annual birdwatch between 26-28 January 2019 and tell the RSPB which birds you've seen. 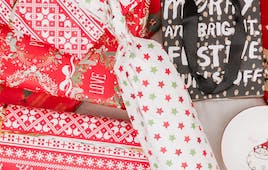 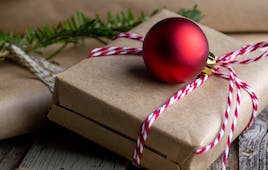 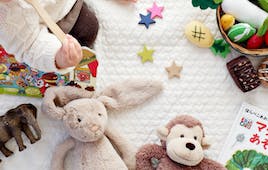 Christmas Gift Guide for Under 5s 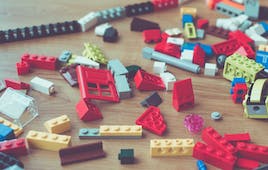