Trawl For Treasure: Eight of the Best Sites for Car Boot Sales

Car boot sales represent recycling at its best. Don’t forget: one man’s rubbish could easily be another man’s treasure.

A brilliant way to make money out of the things you no longer love, car boot sales are thriving across the UK. Though they might seem out-dated, they are – as the ultimate recycling method – completely on-message. Research suggests that at least 50 to 60,000 tonnes of goods are exchanged at car boot sales each year. After all, if we are going to be victims of a consumer culture, we might as well be buying second-hand goods.

It is thought that the car boot sale started as a charity fundraiser in the 1970s, after a Catholic priest from Stockport witnessed something similar while on holiday in Canada and held his own on his return.

They’ve been a national pastime pretty much ever since. Writing recently in the Eastern Daily Press, journalist Nick Richards said: “If an alien spacecraft crash landed on a village green and its crew demanded to be shown the most British thing that existed, I know where to take them. I’d skip the pub, the church fete or a cricket match and take them to a car boot sale.

“Only in Britain can you stand in a field at 7.30am on a Sunday morning and get sworn at one minute, complimented the next and leave with jingoistic sense that this country really is in safe hands.”

While you might picture car boot sales to be dreary scenarios involving battered station wagons, thermoses of lukewarm tea and piles of tat, their eco credentials give them a certain glamour these days.

Visit these sites and find an excellent car boot near you.

At this one-of-a-kind fashion extravaganza, held annually in aid of women survivors of war, top designers, influencers and celebrities come together for an afternoon of eco-friendly, guilt-free shopping. The sale normally takes place at the Brewer Street Car Park in London on a Saturday afternoon in May. Tickets are available on the door. Keep your eyes peeled on the Women for Women website for the date of next year’s fandango.

This is the site for true car boot aficionados. Old-school, helpful and thorough, it looks and behaves just like a 1970s listings magazine (though it was only established 15 years ago). As well as details of car boot sales, the site also lists antiques fairs, fleamarkets, steam rallies and county shows and auctions. These guys know what they are doing – which is why television programmes like Flog It and Bargain Hunters regularly seek their advice. They say: “Beware of imitations! There are several ‘copycat’ websites who do not check their information.” 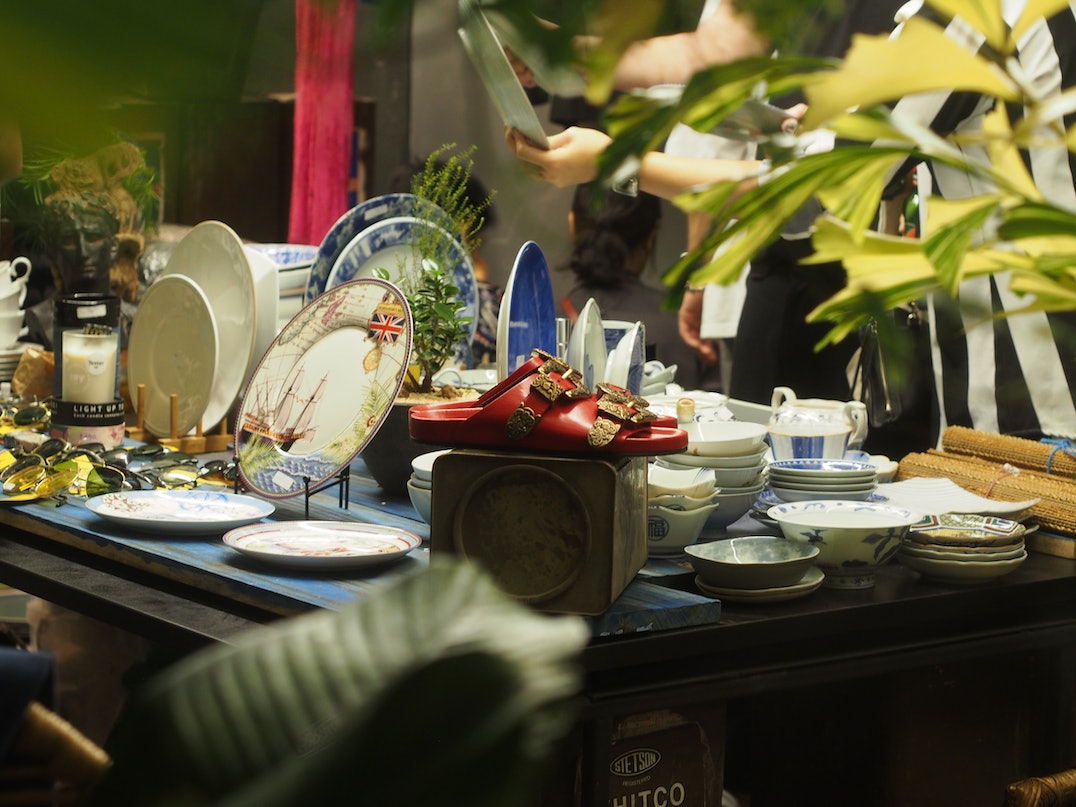 Launched in 2012 by Katie Ingham, who used to be a stall trader herself, I Love Markets is a brilliant, lively, online destination that promotes London’s markets. While it is not dedicated to car boot sales, its listings section is very hot on them and is well worth a visit. There is also a superb blog, covering everything from new market launches to tips on how to be a successful trader. Featuring regularly on BBC London Radio 94.9, Katie is described as “London’s market expert”. A site to lose yourself in for a while.

A classy idea, this is a pop-up wine market in which over 30 independent retailers sell their wares from the boots of their cars or vans. Wine critic Jancis Robinson says she has “never experienced such a cool, friendly atmosphere at a public wine tasting” as she does at this “staggeringly distinctive event”. This year’s Wine Car Boot will be held on two summer Saturdays at Coal Drops Yard in Kings Cross. Don’t miss it.

This site plays host to two cool London car boot sales that are held each weekend. St Augustine’s Car Boot in Kilburn, where fashion designer Henry Holland claims that Agyness Deyn used to rummage for clothing, has been going for 23 years. While the Princess May in Stoke Newington is packed with sellers of funky retro finds and blissful buyers guzzling Aberdeen Angus steak burgers from the barbecue. Both sales have indoor areas for rainy days.

With both indoor and outdoor pitches available, this sophisticated car boot sale takes place every Sunday, come rain or shine, at the Pimlico Academy in London. Expect to find vintage fashion and second-hand collectables alongside a very cosmopolitan crowd. Book your stall early – on the simple but informative website – to avoid disappointment.

Established in 1999, Battersea Boot is a busy, well-organised, weekly sale that takes place in the grounds of a school called Harris Academy (formerly Battersea Park School). It is dubbed “the boot sale that dealers try to keep a secret”. Bookings launch online every Monday at 7am for pitches the following Sunday. The organisers are proud of the excellent feedback they receive, saying: “First-timers tell us they find Battersea to be friendly and less daunting than other boot sales, mostly due to our calm, ‘no queue’ entry system and helpful staff.”

The Classic Car Boot Sale
Visitors are blown away by this boot sale with a twist, which is now in its seventh year. Held a couple of times annually, it sees over 100 classic cars and traders joined by thousands of shoppers for a family-friendly celebration of all things vintage.

Its founder, Red or Dead designer Wayne Hemingway, says: “The CCBS offers something for everyone, with the mix of fabulous free entertainment, a host of stalls offering an eclectic mix of vintage, upcycled and uniquely designed goodies.

“It is a place to celebrate music, food, fashion, design and, of course, the eye candy that is classic cars, bikes and commercial vehicles.”

Looking for a new hat, Anna stumbled on Yosuzi, a lifestyle brand with a collection of traditional hand-woven hats featuring patterns and symbols.

Anna Bance is starting to think about cashmere and she believes she has found the perfect jerseys and cardigans.

Do your bit to reduce the amount of plastic we use on a daily basis.These useful sites can help. 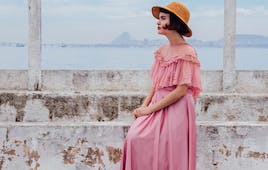 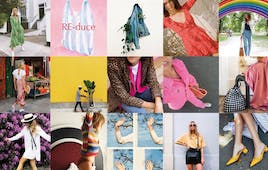 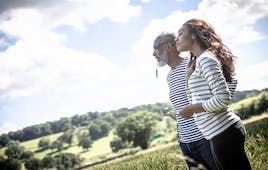 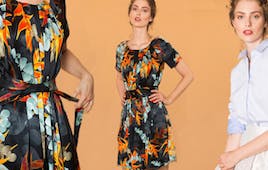