Read about the latest mini-film by thoroughly modern movie-maker Kinvara Balfour, an interview with The Crown creator, Peter Morgan.

Director, writer, producer and speaker, Kinvara Balfour has created a series of mini-films for the Instagram generation, entitled The Visionaries. Here, we introduce the latest in the series, an interview with The Crown creator, Peter Morgan.

Glamorous, well-connected and totally plugged in, Kinvara Balfour has a natural feel for tech, film, fashion and the general zeitgeist.

She has interviewed anyone who’s anyone. She has advised on the funkiest tech start-ups. She has spoken around the world – at everything from the V&A to President Obama’s Global Entrepreneurship Summit. So it is fitting that she has been dubbed a “consultant of cool”.

Last year, with her keen understanding of millennial appetites, she created The Visionaries, to bring to the world the wisdom of “those human beings who see and do things differently”. These short (mostly around 10-minute) films are shot solely on an iPhone and feature interviews with key people of the modern age.

Kinvara says of The Visionaries: “Rather than being exclusive, the series is inclusive. It is free to watch and available to everyone of every age and every nation.”

The interviewees are in front of the camera, with Kinvara silently and competently behind it. The vibe is informal, conversational and very fresh.

The most recent film aired on YouTube is with Peter Morgan, the celebrated playwright, screenwriter and creator of Netflix’s The Crown. Filmed in the gorgeous Art Deco surroundings of The Beaumont Hotel, London, it is a visual treat, fizzing with energy like the ones that have come before it, it’ll be a must-see.

Morgan initially considered the project as a feature film for the cinema and had some clear casting choices in mind. “I thought ooh this makes perfect sense as a film and you can almost picture Michael Gambon doing it, and (for the role of queen) Carey Mulligan, we were all thinking at the time.” He looked into the story ‘only half-interested’ but soon got drawn in by the overall story of Her Majesty and the Royal family.

Contrary to the belief that the show – whose budget is a reported $13 million per episode - is made in USA, the production is wholly conceived and produced Britain. ‘On The Crown, I can tell you that I’ve got about eight full-time researchers. ..I’ll know that in a particular season we’re looking at a particular spread of time and I will ask to read everything I can about what happened in that time to all the main characters and then pick certain events. And once I’ve identified what really interests me, I’ll ask the researchers to drill down much more. They provide documents….and I start coming up with stories.”

The mini-film is dedicated to Sir David Frost – about whom Morgan wrote Frost/Nixon, and his late son Miles – Balfour’s uncle and first cousin, respectively.

THE VISIONARIES: THE OTHERS 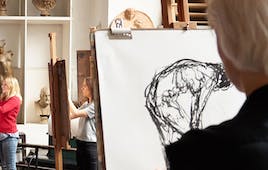 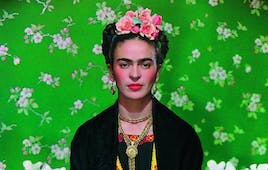