The little squares filled by the exceptionally brilliant children’s writer are little shots of pure joy.

At some point during lockdown, the children’s writer Katherine Rundell had an idea. Given the fecundity of her imagination, she doubtless had many ideas over those months of physical containment. But, of them all, this particular spark of brilliance quickly gained momentum; the enthusiasm of others; and eventually shelf space: the idea became The Book of Hopes.

It is testament to the palpable goodness of Katherine Rundell that this book serves so many joyful purposes. Chiefly, there is its intent to offer comfort and, as the title suggests, hope to children during the bleakness of social isolation. And equally laudably, all proceeds go to NHS Charities Together. The premise? To gather many of the most beloved children’s writers and illustrators – among them Axel Scheffler, Jacqueline Wilson, Abi Elphinstone, Emma Chichester Clark, Hilary McKay, Anthony Horowitz, Michael Morpurgo and Lauren Child – and charge them with creating short works around themes of possibility and optimism. And thus an enchantingly beautiful and important anthology was born, one that would gracefully wrap a blanket of solace around children and adults alike, while imparting a thrilling enthusiasm for what might be. Never had we needed it more.


As she describes the project, 'I asked them to write something very short, fiction or non-fiction, or draw something that would make the children reading it feel like possibility-ists: something that would make them laugh or wonder or snort or smile. The response was magnificent, which shouldn't have surprised me, because children's writers and illustrators are professional hunters of hope ... I hope that the imagination can be a place of shelter for children and that The Book of Hopes might be useful in that, even if only a little.'

The project has since been made into an audio book, the luminary likes of Stephen Fry and Helena Bonham Carter voicing some of the stories. And as for Katherine’s own entry for the book she imagined into life, it is extraordinary, beautiful, profound and accomplished and you can watch her read it aloud via her grid.


And yet in truth, The Book of Hopes is only the latest in a list of reasons to be thankful for Katherine Rundell. Her contribution to the world of children’s writing is profoundly positive, the clarity of her bell-like, often arresting prose and her lovable characters garnering her a legion of fans big and small. Whether her plucky protagonists are scampering across the rooftops of Paris in search of missing parents, or navigating their way through the Amazon rainforest as the survivors of an air crash, she is a master at creating atmosphere and fostering the spirit of adventure. Read her; encourage your children to read her. There really is no one better doing this right now.


And who couldn’t adore her little squares? One minute, as a fellow of All Souls College, Oxford, she’s offering advice to young people of colour or those who are the first in their family to go to university ahead of interviews. The next, she’s posting images of herself having climbed to the top of Centre Point (yes, she is the original rooftopper). And when she’s not doing that, she’s sharing images of her dog, perplexed at not being able to chase two balls at once. In short, the uncannily precise stuff we want to see on our scrolls through Instagram.

Katherine Rundell, for being a voice of optimism and comfort: you’re our hero.

Remember that age old mantra, ‘First impressions are everything’. Giving presents is no exception so be sure to wrap yours up in beautiful wrapping paper.

How To Lay A Christmas Table

It’s the most convivial meal of the year. Make sure your table dresses the part too.

How to Create A Cosy Christmas, Cabbages & Roses Style

As the big ‘C’ day approaches, the festive season is fraught with many stress-inducing situations - here's when these apps come to the rescue. 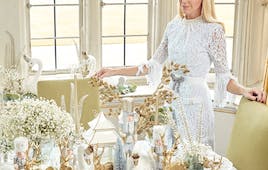 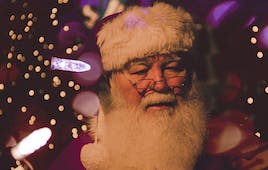 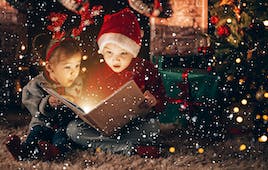 The Most Magical Books To Read With Children This Christmas 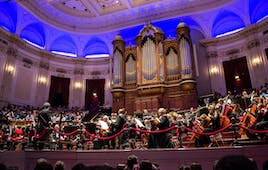 8 Virtual Carol Concerts To Sing Along With And Support